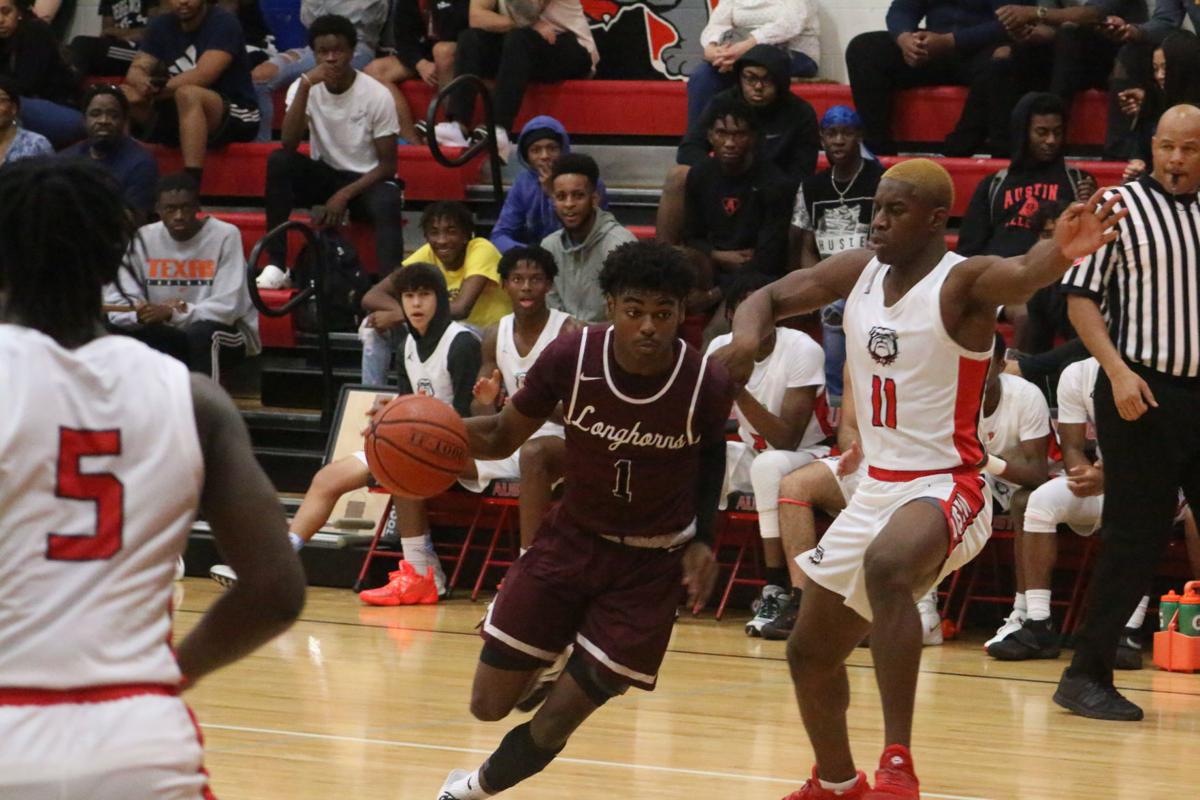 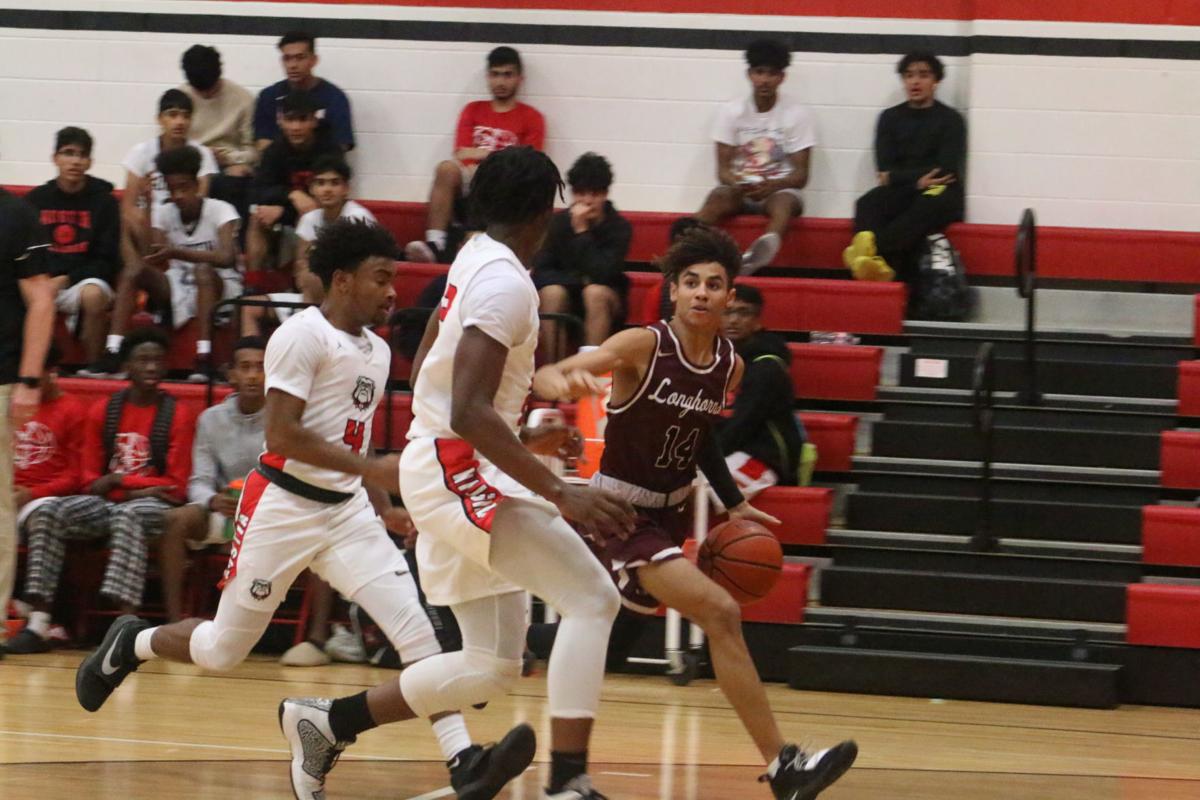 SUGAR LAND – Despite losing eight seniors, including four starters, the George Ranch boys’ basketball team has been very impressive in the early part of the season.

The new-look Longhorns continued their strong play with a convincing 62-40 win over Austin on Tuesday afternoon at Bulldog Gym.

George Ranch went on a 14-4 run in the second quarter to open up a big lead, and its defense kept the Bulldogs from making a sustained run to get back into the game.

“Holiday games are always tough, so it was sluggish for both teams,” George Ranch head coach Charile Jones said.

“But we put together enough runs to keep the lead far enough, and I think we did a good job.”

Senior guard Ori Limbrick, the lone returning starter from last season’s run to the regional finals, ran the offense with efficiency by distributing the ball as well as driving the lane for close-up shots.

Meanwhile, junior guard Jordan Lewis hit two three-pointers in the first half as George Ranch took a 13-11 lead in the first quarter.

“(Ori) has been on varsity since he was a freshman, so we expected this,” Jones said. “But we got a lot of production from a lot of people today.”

The Longhorns turned it on with defense in the second quarter, as they forced Austin to commit several turnovers and fouls.

On the other side of the floor, Lewis and senior guard A.D. Harris each got a three-pointer to fall to boost the lead to 27-15 at the half.

Then junior guard Jullian Camper got hot as he hit two three-pointers in the third quarter, scoring 11 of his 13 points in the quarter.

With the game in hand, Jones put in some of his reserves in the fourth quarter, along with junior guard Stephen Woods, who had been with the football team.

Woods looked like he made the transition to basketball easily, as he scored eight points in the quarter.

Austin did put up a fight in the second half, but could not keep up with the pace of George Ranch. Senior guard Kashif Malik scored 10 of his 15 points in the second half for the Bulldogs, who drop to 0-3 on the season.

Austin will be back in action on Friday at home against Lamar Consolidated, while George Ranch (4-2) will next face St. Thomas in tournament action at Episcopal High School in Bellaire.