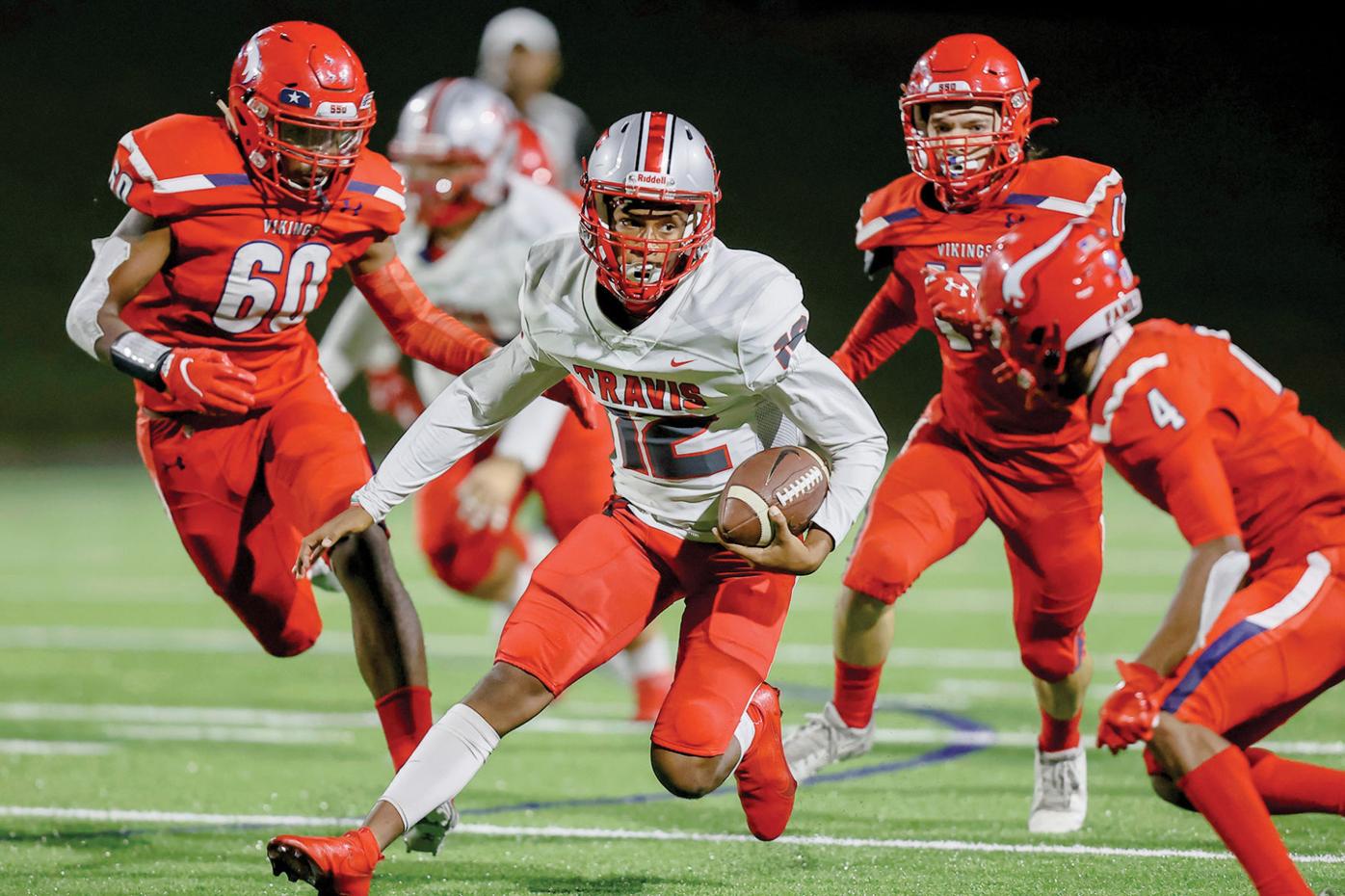 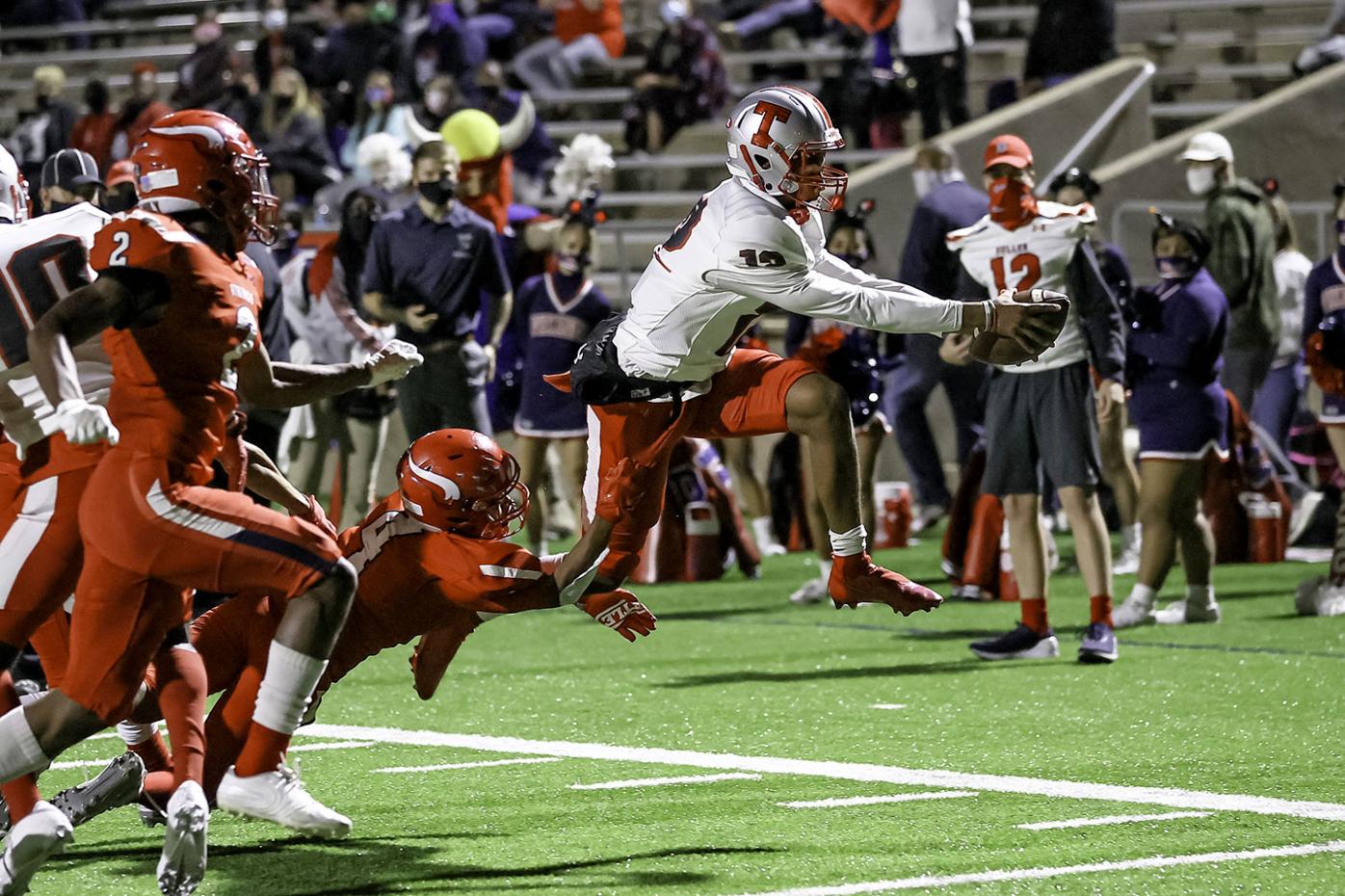 Travis junior quarterback Anthony Njoku sticks the ball out towards the goal line. 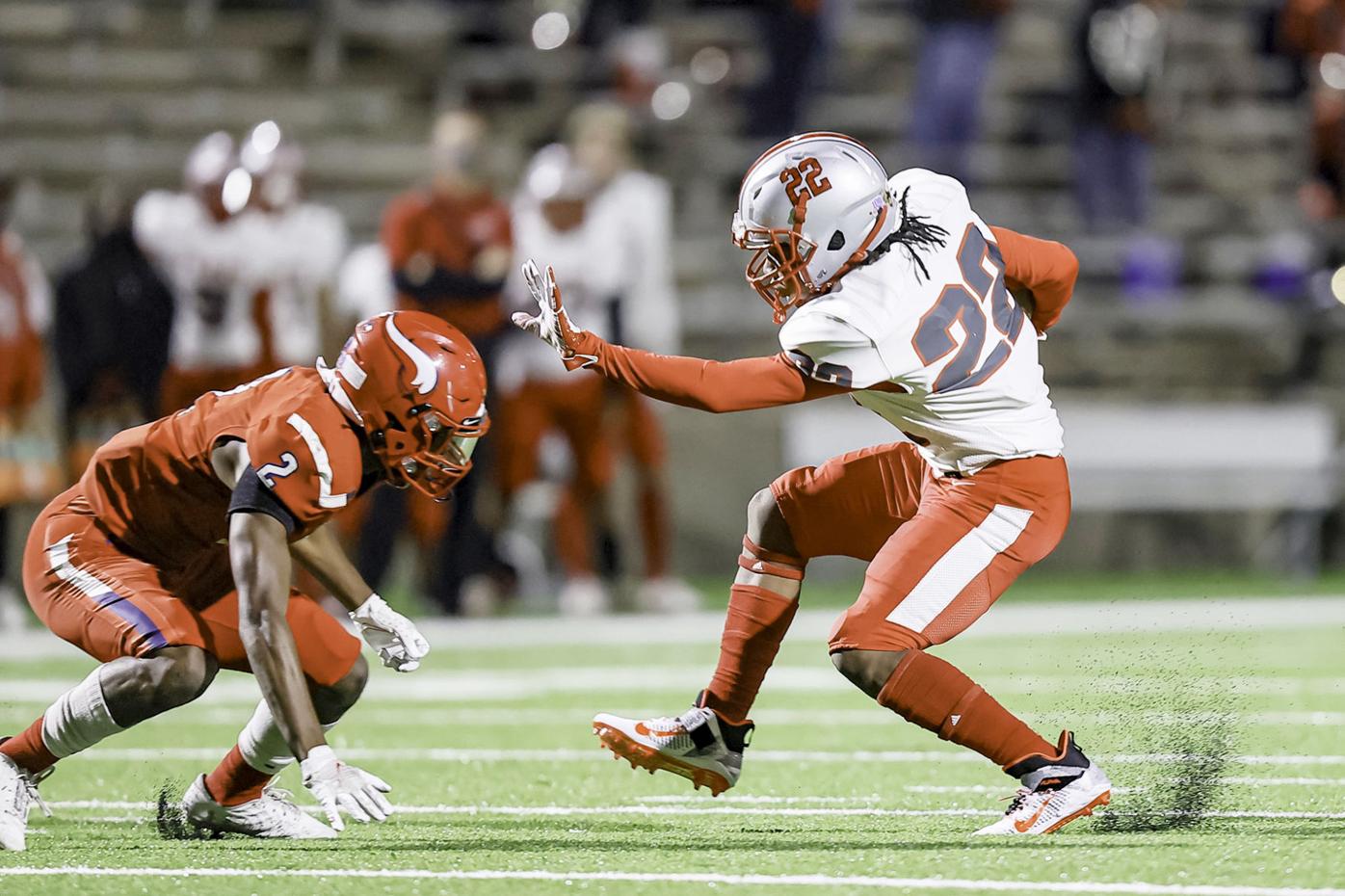 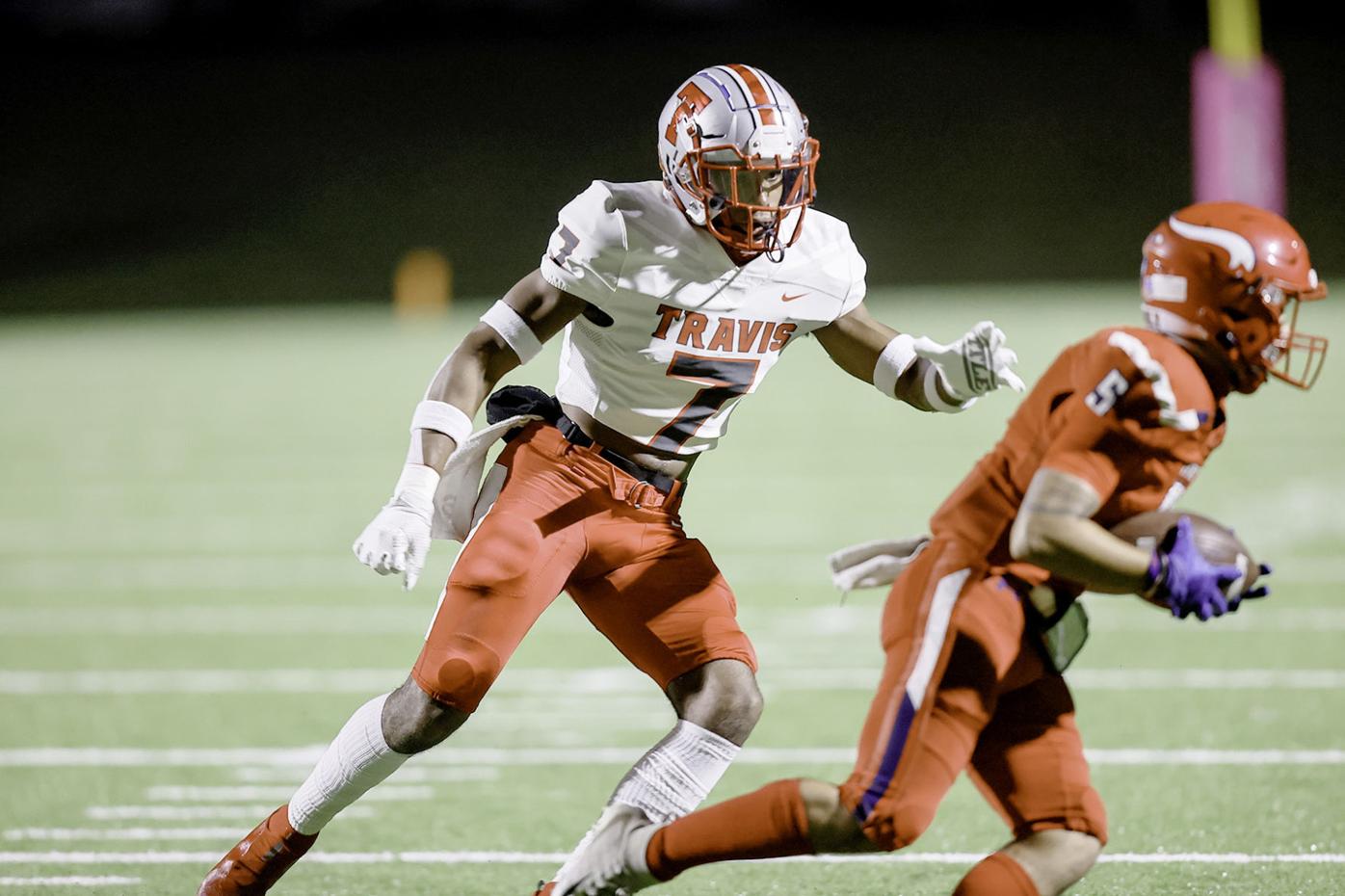 Travis senior defensive back Cam Moore lines up a Dulles ball-carrier for a tackle.

Travis junior quarterback Anthony Njoku sticks the ball out towards the goal line.

Travis senior defensive back Cam Moore lines up a Dulles ball-carrier for a tackle.

SUGAR LAND – The Travis football team played one great half of football, but while making mental errors in the second half, the Tigers still were able to get a dominating win.

The Tigers again got a solid defensive performance and the offense kept rolling early on in a 32-9 win over Dulles at Mercer Stadium. The win puts Travis at 2-0 in District 20-6A play and in the driver’s seat to get the top seed in its zone.

But Travis head coach Trey Sissom was concerned with how his team performed in the second half, with penalties and turnovers preventing his team from wrapping up the win.

“It’s hard not to be disappointed in the win, you take any win that you can get,” he said. “But we got sloppy and complacent a bit (in the second half). We started off well, we played well offensively and playing with tempo, and our defense was holding their own.

“But we had some kids that got a bit undisciplined and got some penalties, and in the second half, we just didn’t play as well as we needed to. And that’s on me right now. We got to get these kids coached up better to understand the situation at this stage of the season.”

The Tigers had a 55-yard pass from Njoku to receiver Mike Samba on their opening drive, but a fumble on the next play ruined the drive. But after forcing Dulles to a three-and-out, Njoku again found Samba for a 31-yard pass play that set up an 8-yard touchdown run by Njoku to make it 7-0.

Later in the first quarter, Dulles fumbled the snap and senior linebacker Ayomide Akinrinmade recovered for Travis. Three plays later, Njoku got his pass away under pressure and found junior receiver Marcus Chretian in the corner of the end zone for a 28-yard touchdown pass. Then on the try, senior Nic Massarini ran in the fake extra point for a two-point conversion to make it 15-0 with under two minutes left in the quarter.

In the second quarter, Njoku again found Chretian for an 18-yard touchdown pass to increase the lead to 22-0.

After Dulles scored on a 30-yard field goal, Travis got its own big play on special teams as the Tigers blocked a punt attempt by the Vikings, and junior Aaron Mendiola scooped up the ball and returned it 22 yards for the touchdown to put Travis up 29-3 at the half.

Rubio added the only points Travis scored in the second half on a 34-yard field goal which was set up after a fumble recovery by senior defensive lineman Iman Ajisefini.

The Tiger defense held Dulles in check until early in the fourth quarter, when penalties helped the Vikings get deep into Travis territory, and quarterback Marc Tisdel found receiver Cole Hodges for a 12-yard touchdown with 10 minutes left in the game.

Travis will next face Bush on Thursday at 6 p.m. at Mercer.