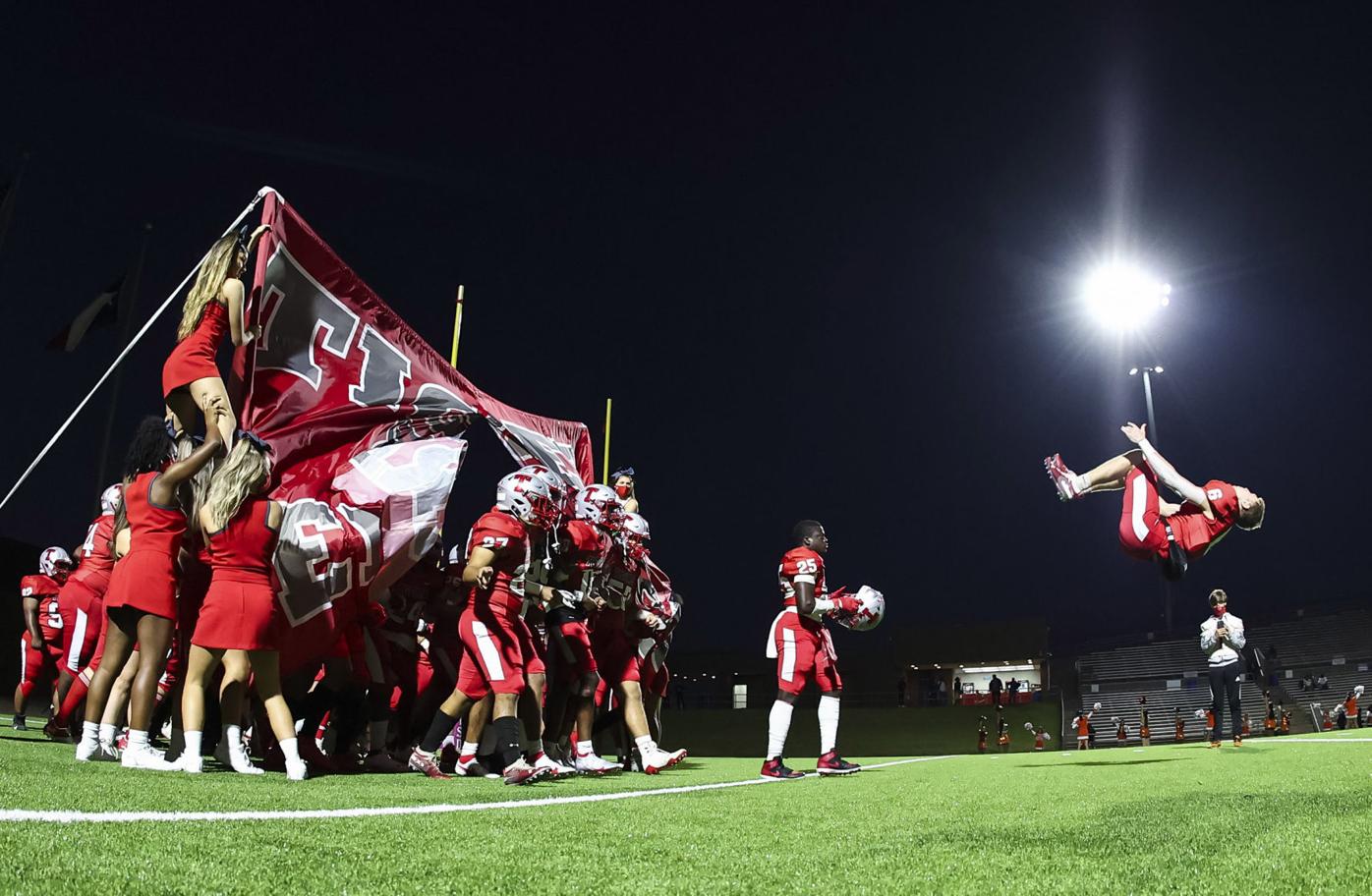 Travis senior Mason Muchaw does a backflip out of the tunnel ahead of Thursday's game against Bush. 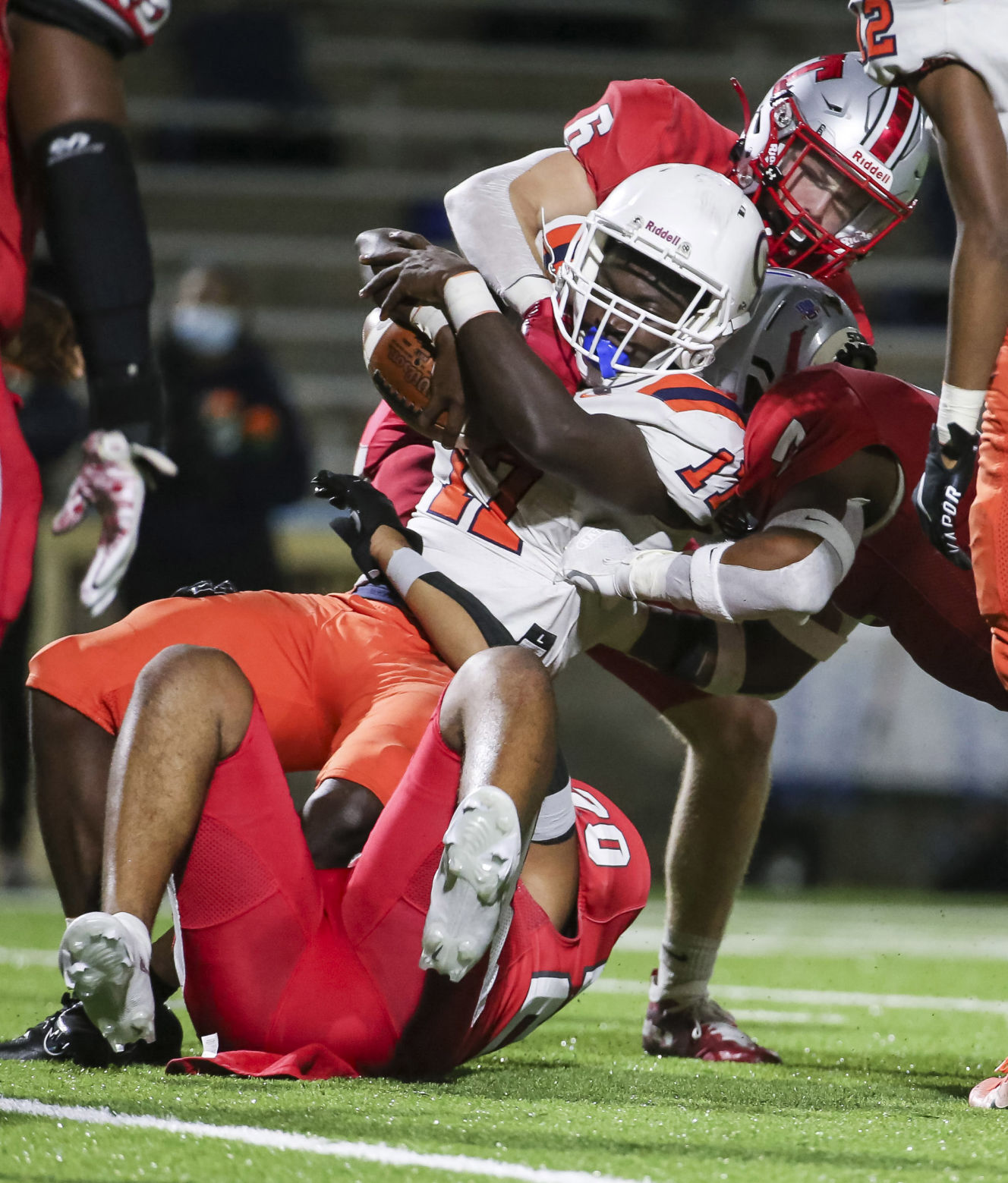 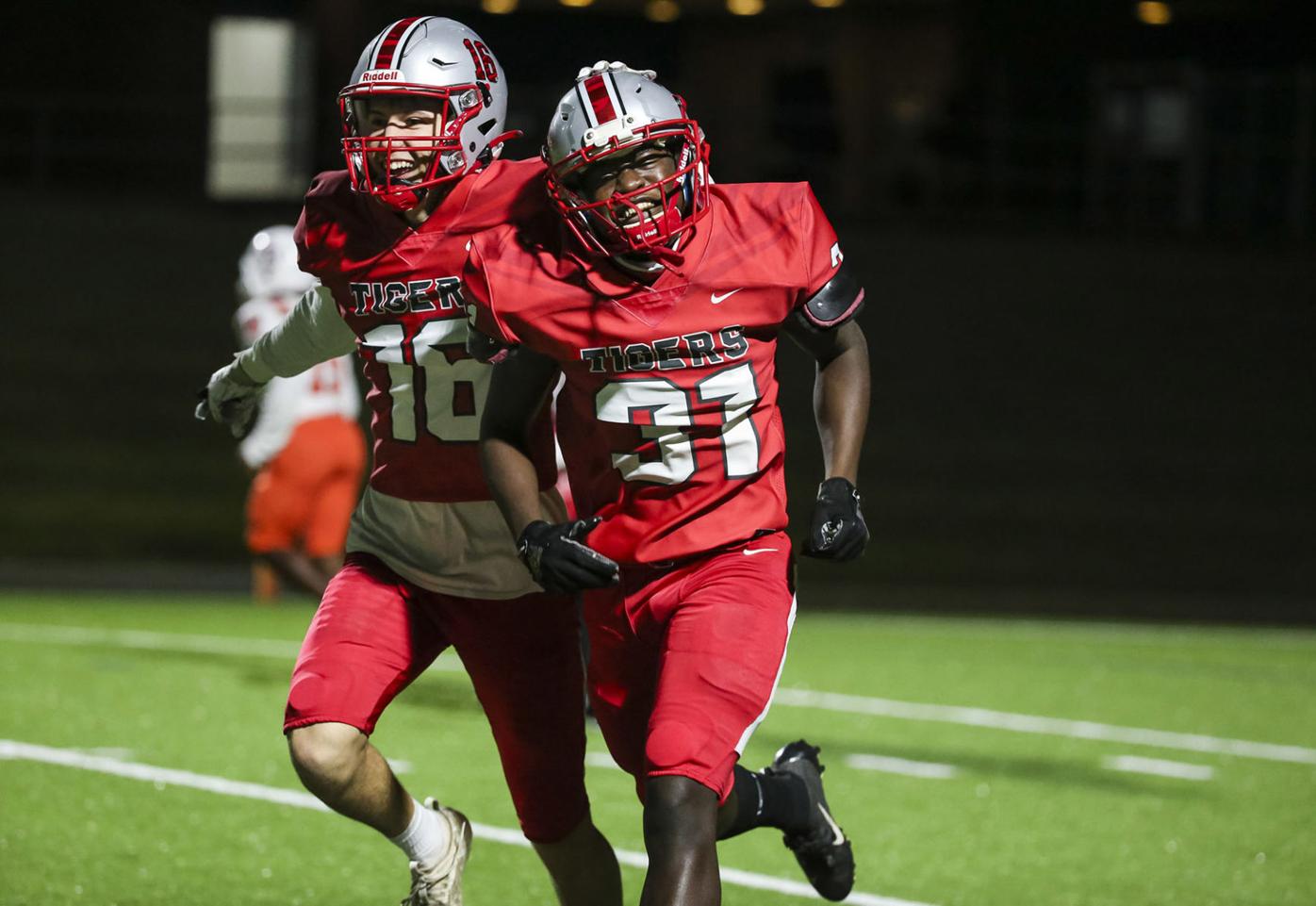 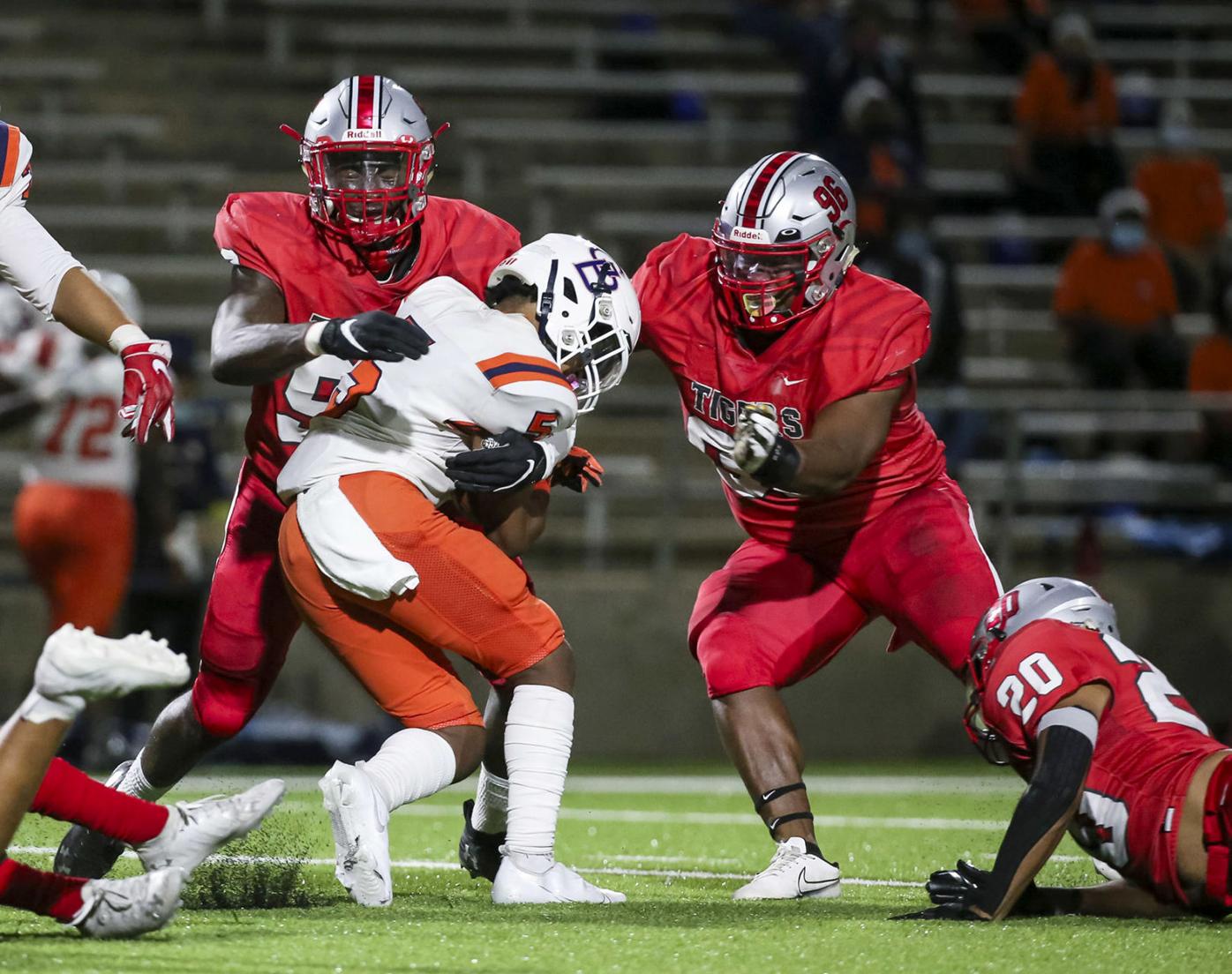 Travis senior Mason Muchaw does a backflip out of the tunnel ahead of Thursday's game against Bush.

The Travis Tigers are well known for the offense, but the defense was the driving force Thursday night at Edward Mercer Stadium in Sugar Land.

The Tigers defenders limited Bush to 129 yards of total offense and recovered two fumbles in a 41-7 victory for Travis.

Bush (1-4, 1-2) will have to wait for the result between Dulles and Austin to find where the Broncos is heading into the rest of zone play. A Bulldogs win could level the records between the three teams at 1-3, and a Vikings win would put Dulles in second place behind Travis.

The Tigers scored 41 points before Bush was able to get on the board in the final minute with a three-yard run by Jacory Cormier.

Travis’ offense found more success on the ground Thursday night. The Tigers had three rushing touchdowns to start the game.

Jamison Singeterry and Anthony Njoku each scored on one-yard runs before Singeterry added a five-yard touchdown run with six minutes left in the second quarter.

Njoku added two passing touchdowns in the third quarter with a 17-yard pass to Marcus Chretien and a two-yard pass to Jeremiah Powell.

The 20-6A leader in kicking, Sergio Rubio, added two field goals and five extra points for the Tigers. Rubio hit a 22-yard field goal in the first quarter, and he added a 30-yard field goal at the start of the fourth quarter.

The Tigers’ coaching staff were later be focused on the Ridge Point-George Ranch football game playing for the lead on the other side of the 20-6A zone bracket.