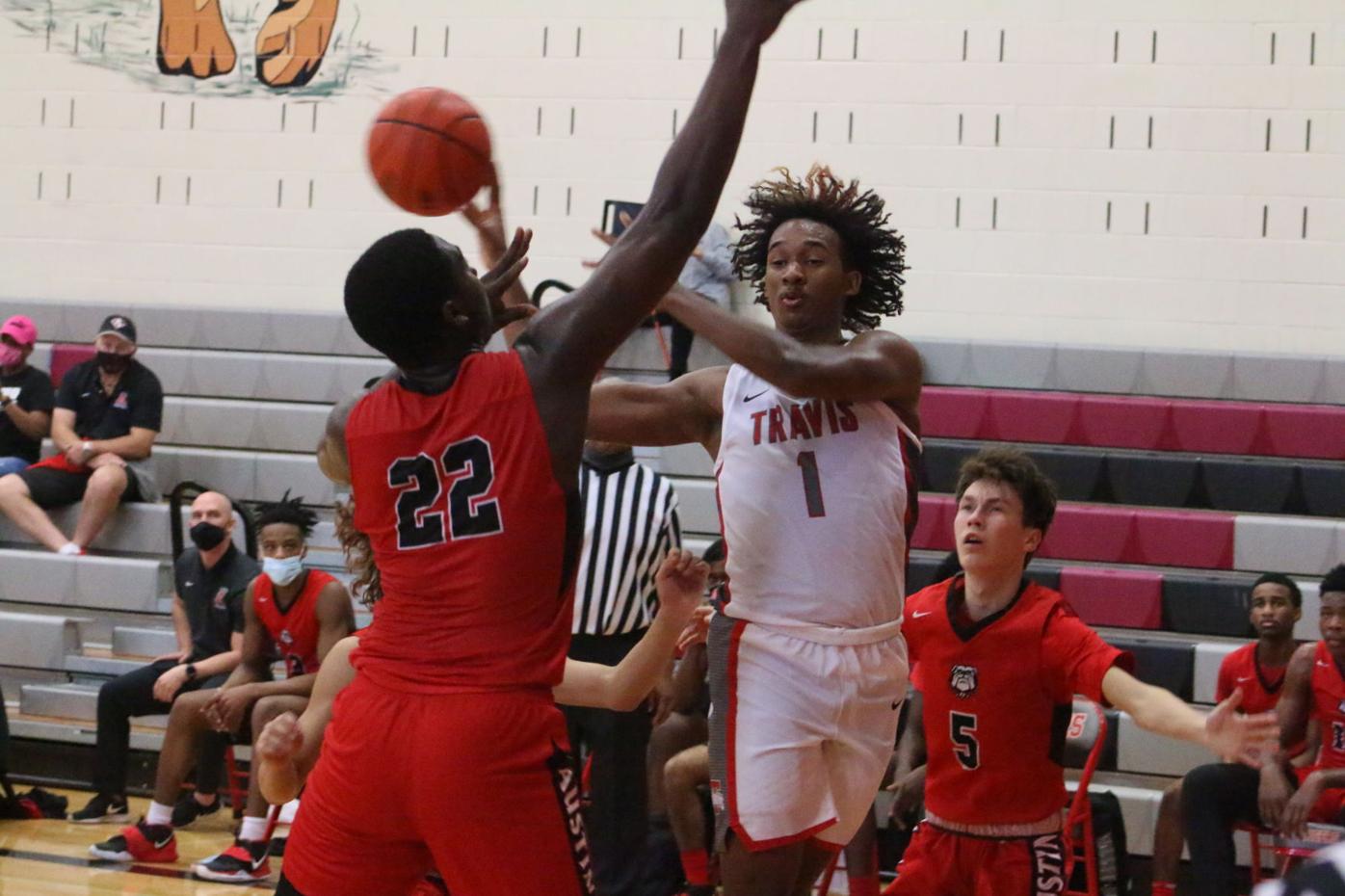 Travis guard Mekhi McIntyre passes the ball as he drives past a couple of Austin defenders in Wednesday’s game at Tiger Gym. 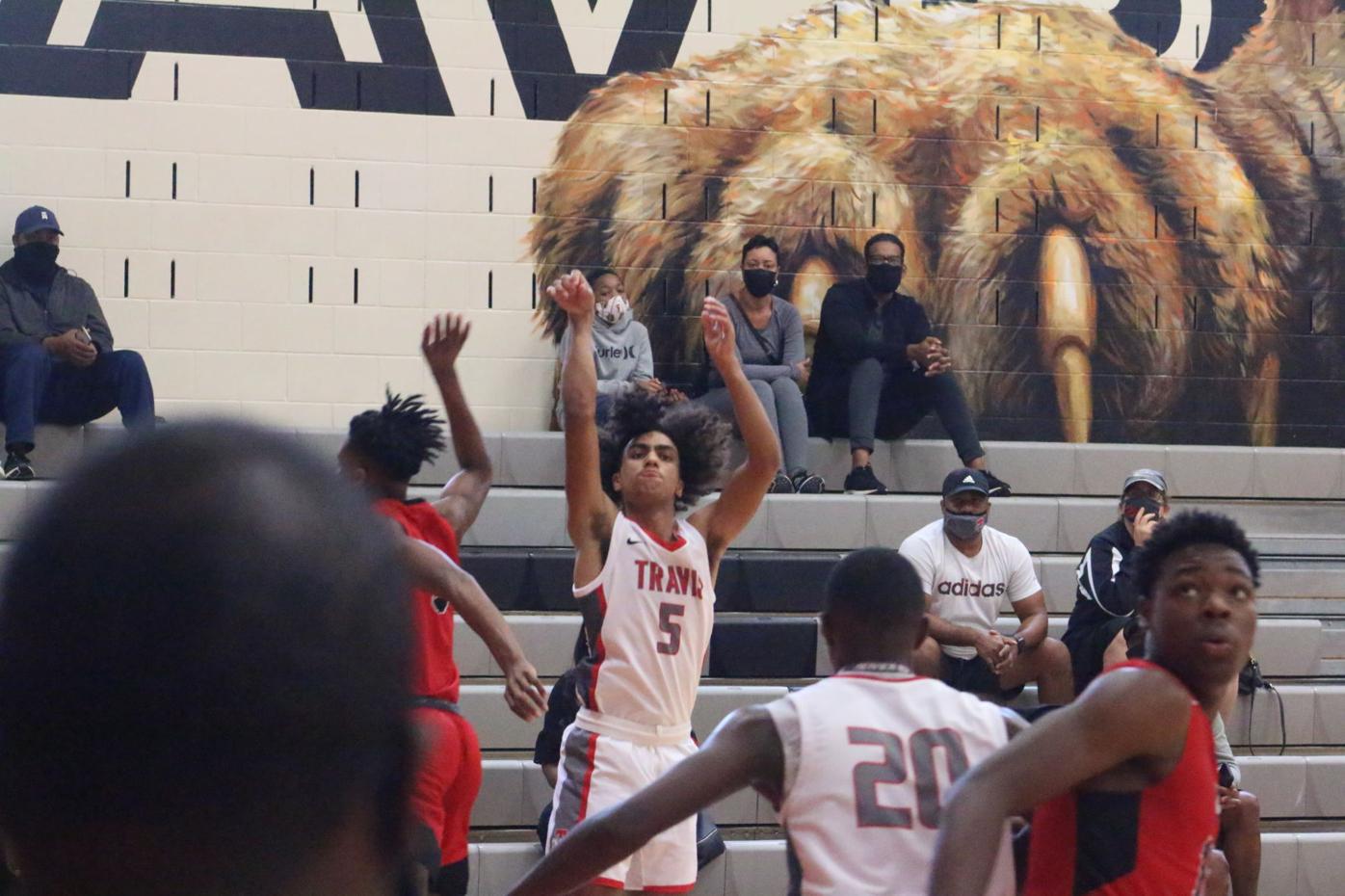 Travis guard Mekhi McIntyre passes the ball as he drives past a couple of Austin defenders in Wednesday’s game at Tiger Gym.

Playing for the first time in almost 23 days, the Travis boy’s basketball team could have looked flat and mistake-prone against Austin in their District 20-6A opener.

But the Tigers played loose and crisp as Travis rolled to a 62-40 win on Wednesday afternoon at Tiger Gym.

Travis hit their shots, especially from the three-point line. The Tigers were also active on defense to deny the Bulldogs from setting into their offense.

But the big key part was senior guard Cameron Oliver – who played his first hoops game after playing for the Tigers’ football team – didn’t show any signs of rust in his shooting, scoring 21 points and connecting on three triples.

“We’ve had four practices in three weeks,” Travis head coach Craig Brownson said of his team’s preparation dealing with COVID-19 precautions and the holiday break. “They’re things that we have to improve, but everyone is in the same situation. So we got to come out and play hard.

“You don’t know how many games you’re going to get (this season), so I told (the players) to play every game like it is your last one of the year because you never know.”

Both teams played tough in the first quarter, as Travis senior guard Mekhi McIntyre made two three-pointers while Austin senior guard Jack Reiner scored four points in a 13-13 tie. But Oliver and McIntyre got going with two threes each in the second quarter to help the Tigers go on a 20-9 run in the quarter and go into halftime up 33-22.

Both McIntyre and Oliver continued to score in the third quarter, but the Tigers got an offensive boost from senior guard Kody Harris. He scored five points in the quarter in a 13-4 run to increase Travis’ lead to 20 after three periods.

The Bulldogs faced Ridge Point on Friday and George Ranch on Saturday before they face rival Bush on Tuesday.

Travis (6-3, 1-0) faced Bush on Saturday and will travel to Clements on Tuesday.