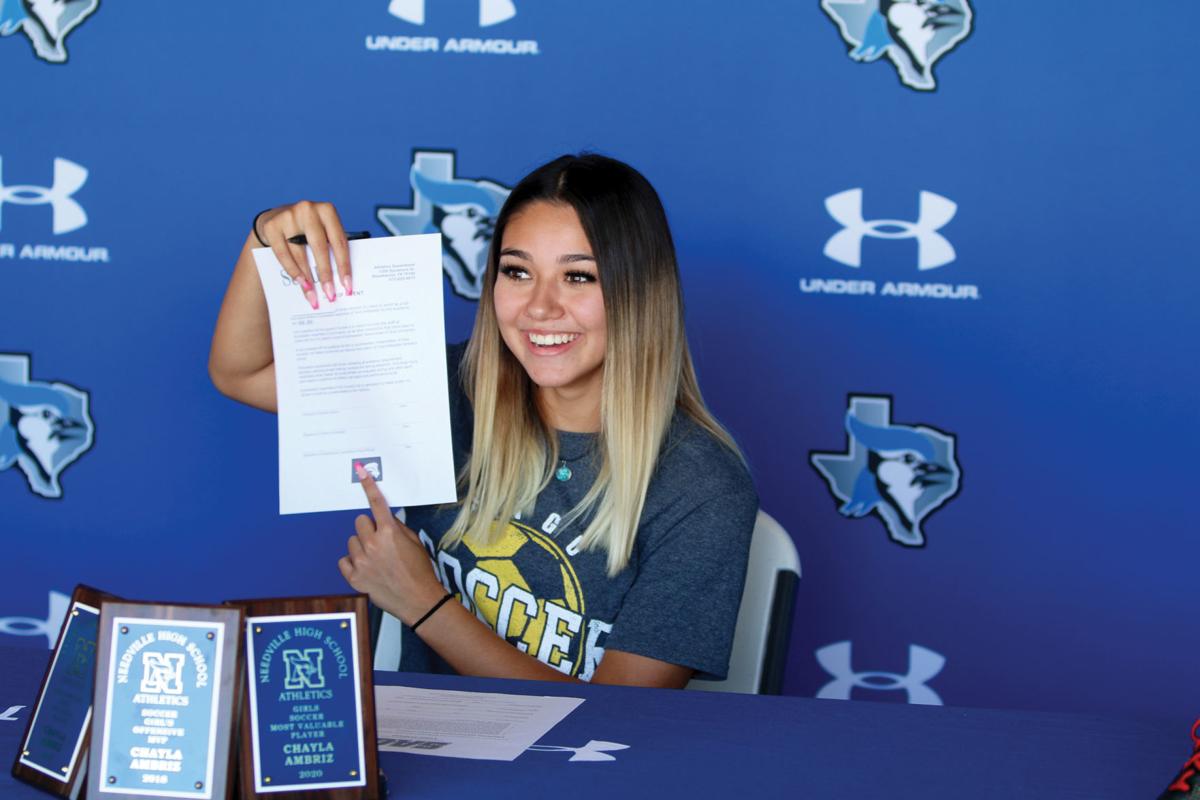 Needville graduate Chayla Ambriz holds up her National Letter of Intent for a picture Saturday after signing to play soccer at Southwestern Assemblies of God University. 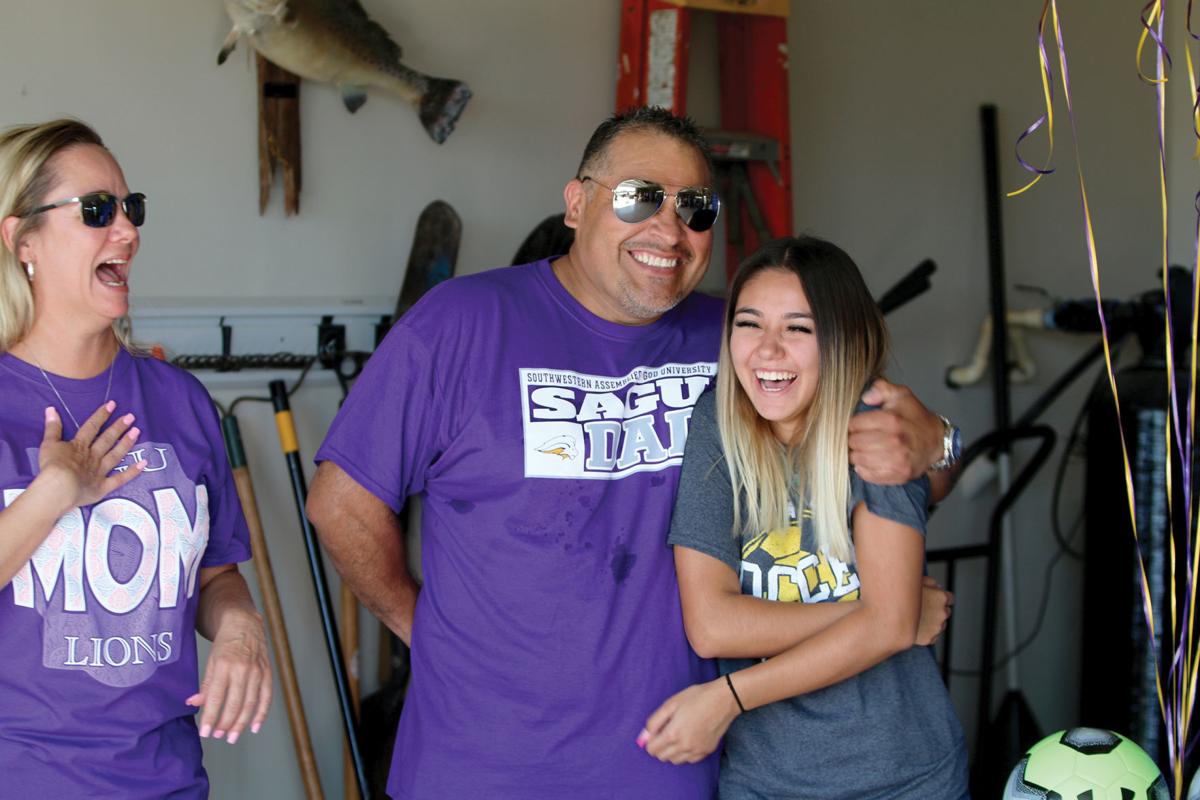 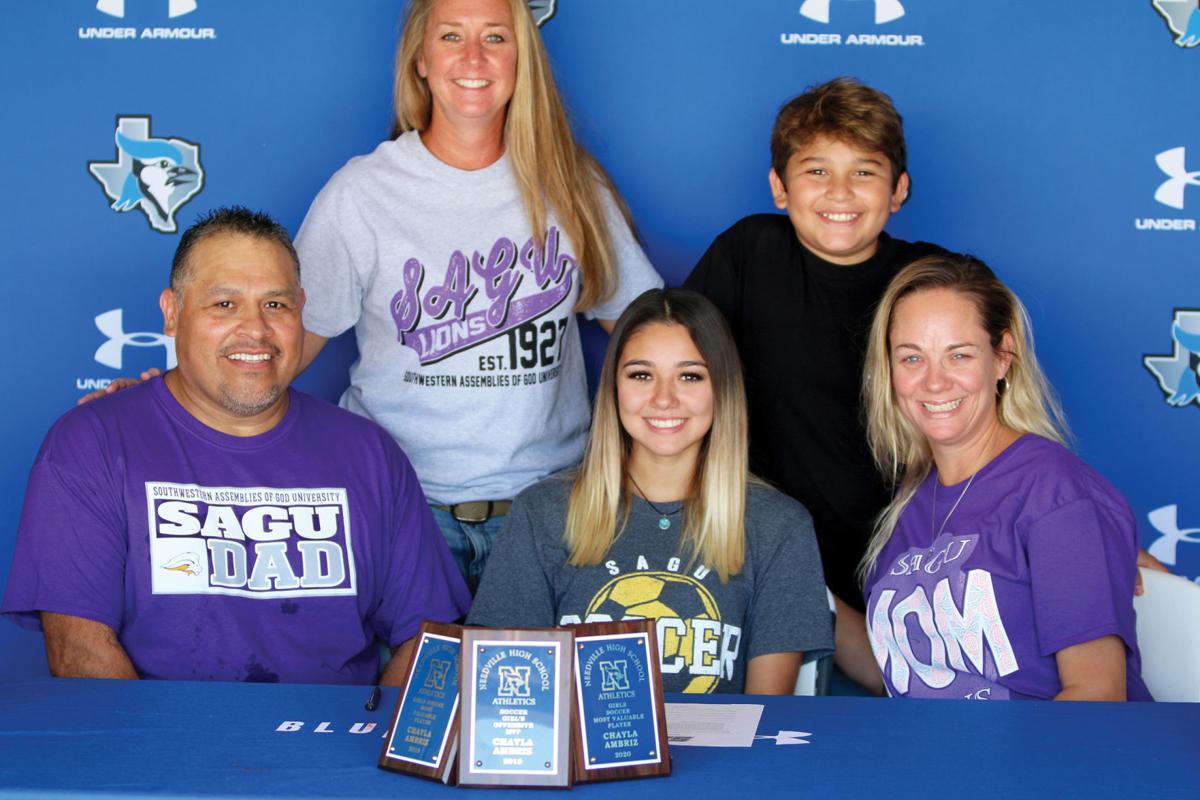 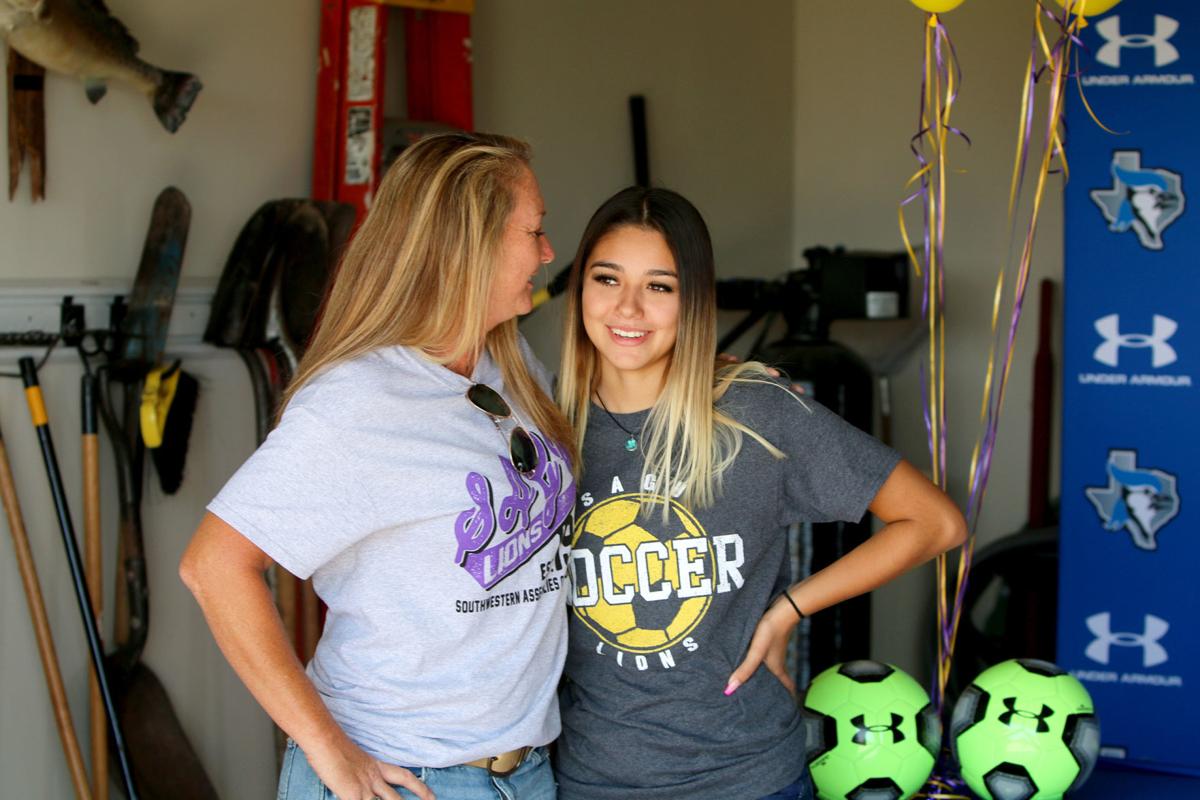 Needville graduate Chayla Ambriz holds up her National Letter of Intent for a picture Saturday after signing to play soccer at Southwestern Assemblies of God University.

Recent Needville High School graduate Chayla Ambriz had set her own path for herself.

Ambriz, a two-time all-district MVP for the Lady Jays’ girls soccer team, would hang up her cleats and head to Texas State University to study nursing.

“From the beginning, I didn’t think I was going to play soccer. I kind of felt worn out,” Ambriz said.

“I didn’t feel like I was ready to play at the collegiate level.

“So I had decided to go through with my nursing degree at Texas State.”

Ambriz’s Twitter reflected that fact for much of her senior year.

But one evening changed everything for the Blue Jay.

“After I accepted Jesus into my heart and I got this opportunity,” Ambriz said. “I felt like I should, I don’t know, it felt good. Something about it felt right.”

The next day following Chayla’s personal moment of faith, she received the scholarship offer from Southwestern Assemblies of God University.

Ambriz felt an outside hand had touched her path.

“I’m about to go play soccer. It’s hard to explain.”

The 2020 season offered Ambriz the opportunity to repeat as the District 23-4A all-district MVP.

She didn’t disappoint in her final campaign with the Lady Jays with 92 points to earn MVP honors back-to-back.

“In her first year, she came out to practice and we were like ‘oh my God.’

“She is going to make us so much better.”

Coach Bradford also recounted Chayla’s toughness when she returned to a game five minutes after getting her nose busted open against Bellville.

“Chayla has been a leader for three years, really,” Bradford said. “She set the tone for our kids, not just on the field, but also in the classroom.

“We’re super excited for her and she knows I love her to death.”

Ambriz led Needville in both goals and assists with 35 and 22 respectively in the pandemic-shortened season.

Southwestern Assembly of God University is an NAIA member of the Sooner Athletic Conference.

The Lions were 26-10 last season during the regular season and were 15-5 during conference play under head coach Paul Hason.

In the end, Ambriz feels right about her decision to go back to soccer.

“I feel like if I had I went to Texas State without playing soccer, I would have had an empty kind of feeling,” Ambriz said.

“Being able to do both feels really good. I feel whole, I guess.”