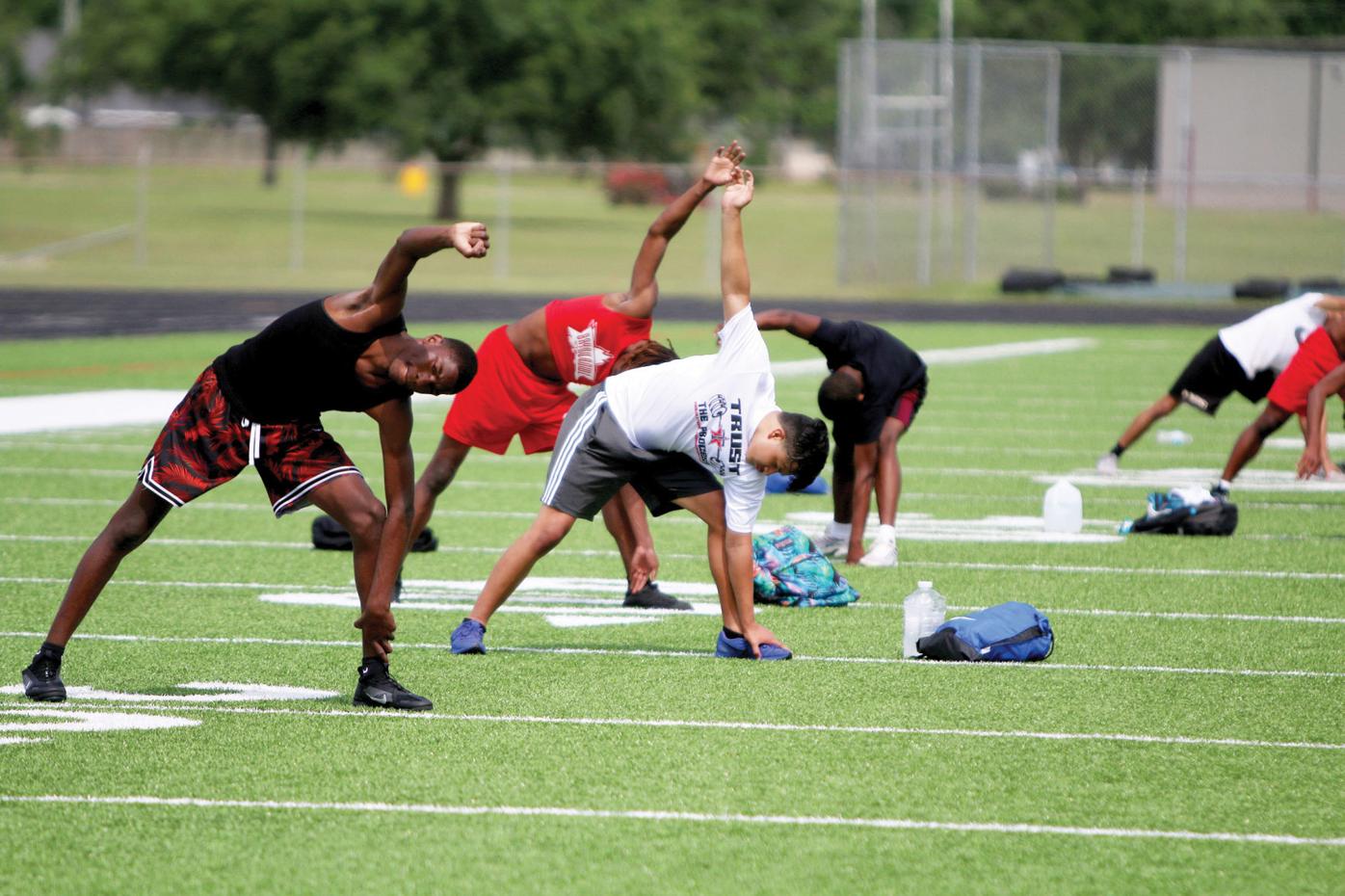 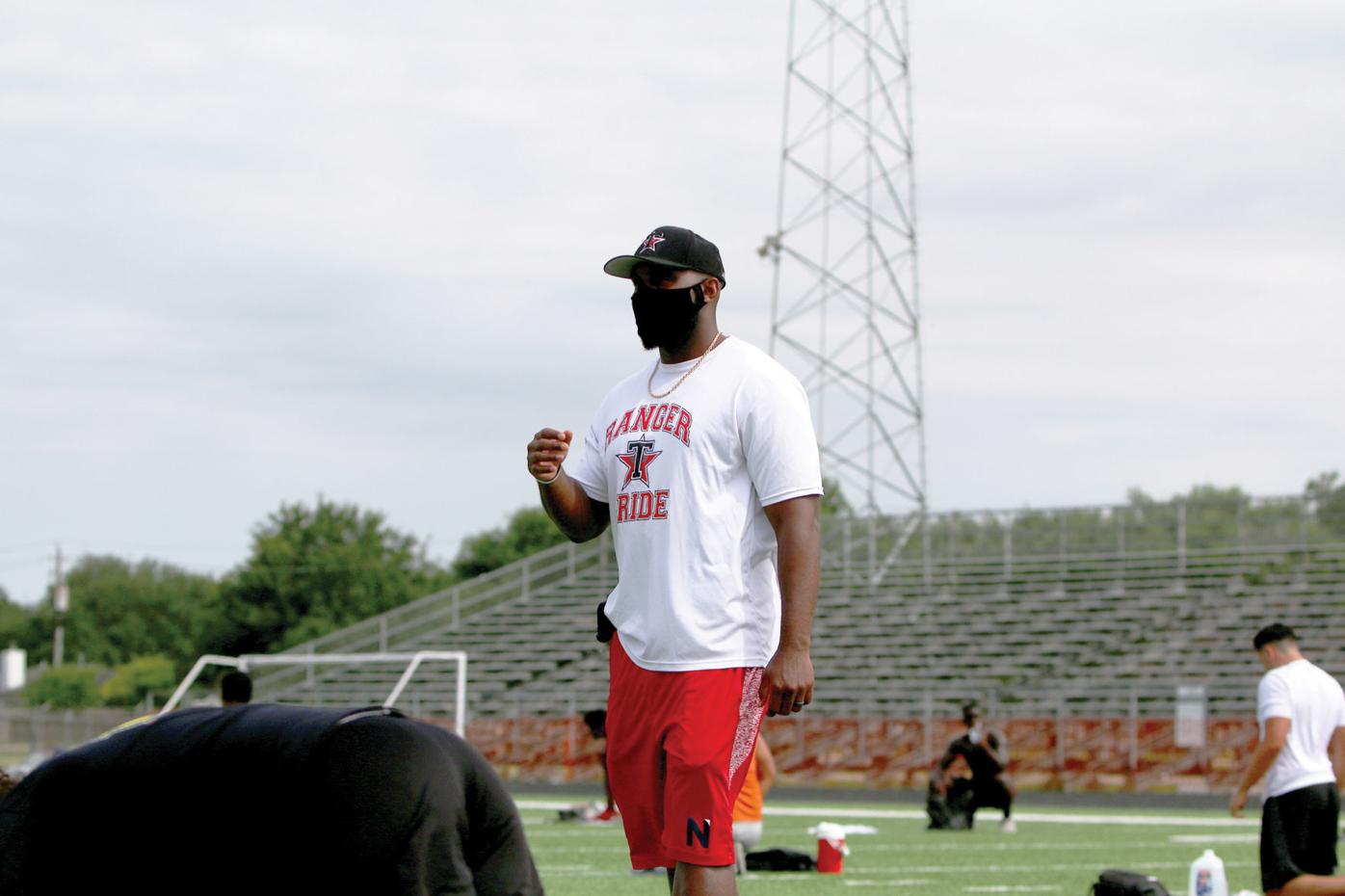 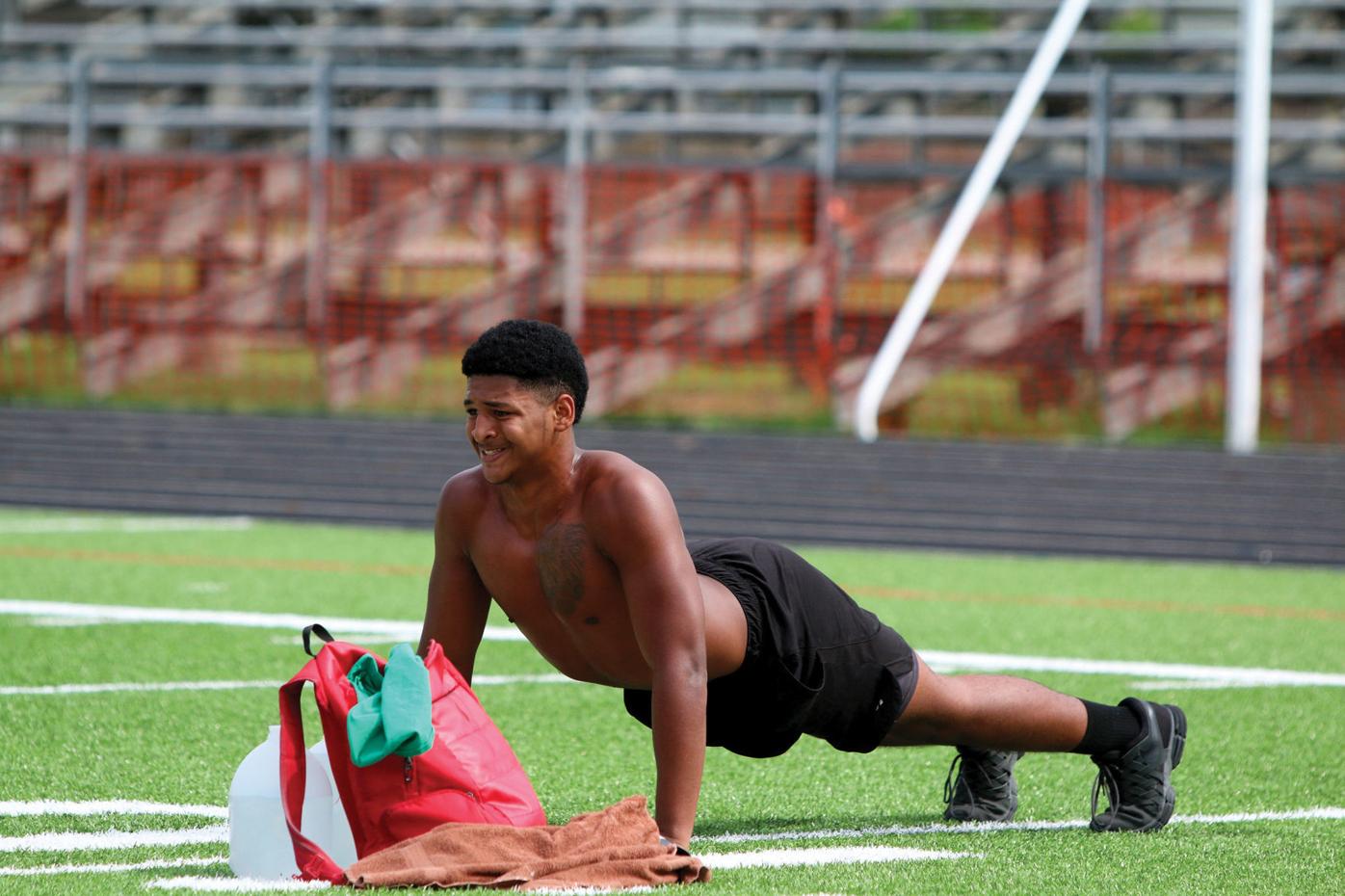 Terry senior Lance McClain works out in his spot during Terry summer stretch and conditioning camp. 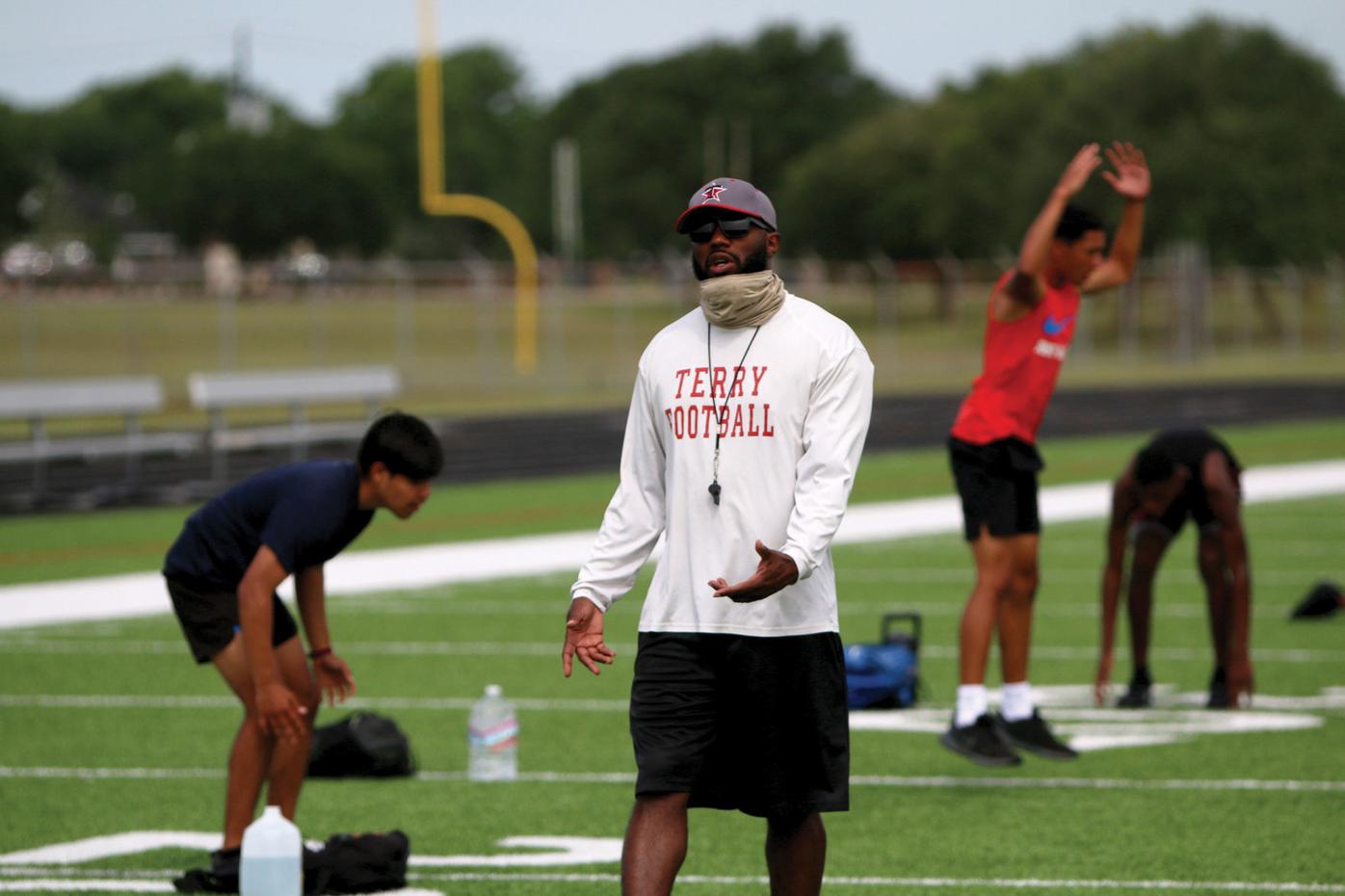 Terry senior Lance McClain works out in his spot during Terry summer stretch and conditioning camp.

The UIL was clear on what it wanted schools to do when it came to protecting student-athletes during summer strength and conditioning programs.

At the same time, the Texas governing body was vague on what exactly these workouts would look like. This left the decision up to the coaches.

At Terry, the game plan has been different then some campuses in Lamar Consolidated ISD.

The Rangers focused on bodyweight exercises pulling from CrossFit and even adding in some yoga.

That combination might raise some eyebrows away from the Ranger Field but it would be done in ignorance of the Rangers’ final goal: flexibility and laying the foundations for when the team returns to the weight room.

“It is definitely good to see the kids (and) be around the kids,” Terry head coach Cornelius Anthony said. “(We want to) get them started in the process of getting them back in shape and re-acclimated to strenuous and hard work.

“We’re taking our time and going it slowly.”

Terry, like the other LCISD campuses, are strictly keeping its workouts outdoors for the first few weeks.

Right now, Anthony is focused on getting the team back into the stride of workouts.

“It’s good to be back at work. It’s good be around the kids,” Anthony said. “You can tell that they missed us and we missed them.”

The Terry coaching staff’s plan is pretty simple for now.

The athletes that enter Ranger Field on the fieldhouse side are met by Terry athletic trainers Kevin Roberts and Cindy Tiegs to check in and fill out questionnaires and get temperature checks.

“I’ll say it over and over again, we have two of the best in the business with doc (Kevin) Roberts and doc (Cindy) Tiegs,” Anthony said. “They are phenomenal at everything they do. They take so much pride in what they do and because of that it makes this whole process smoother.”

Once the athletes are spaced out across the field with their water bottles and/or back packs, they don’t move.

The entire hour-long workout is done without changing positions to keep their social distancing.

When the workout is over, the players exit through a gate on the fare end of Ranger Field and head towards Navarro Middle School.

The strict structure has two goals in mind, athlete safety and playing football in the fall.

“That is main priority. That is the main goal,” Anthony said. “I know here at Terry, we want to everything correctly and do it right. We want to demonstrate and prove to UIL or whatever governing body that determined whether we can play or not with the right precautions in place so we can play.”

Assistant coach Carlos Soto is in charge of the workout and is the mastermind behind the focus for flexibility.

“(Soto) is big on yoga,” Anthony said. “He’s big on stretching and breathing. It’s part of being athlete.

“The more flexible you are the less prone you are to injuries,” Anthony explained.

“Having a good, proper yoga cool down after at the end of strenuous workout is paramount. He’s a master strength trainer. He knows what he’s doing.”

Soto’s work has paid dividends for the Rangers over the years with limited numbers of injuries related to muscle pulls and strains.

Terry is planning on taking the next step in their workouts two weeks from now when they return to the weight room.

The Class of 2021 is special for Coach Anthony.

“A lot of our guys are seniors,” he said. We don’t want them to miss out on their senior season of football. I’m definitely looking forward to coaching this group.

“This is a group that were freshmen when I got the job. This will be four years together, so I want to coach them for their senior year.

“We want to make sure we are doing everything correctly to make that happen.”

Time Out: Naomi Osaka draws and tries to come out of her shell