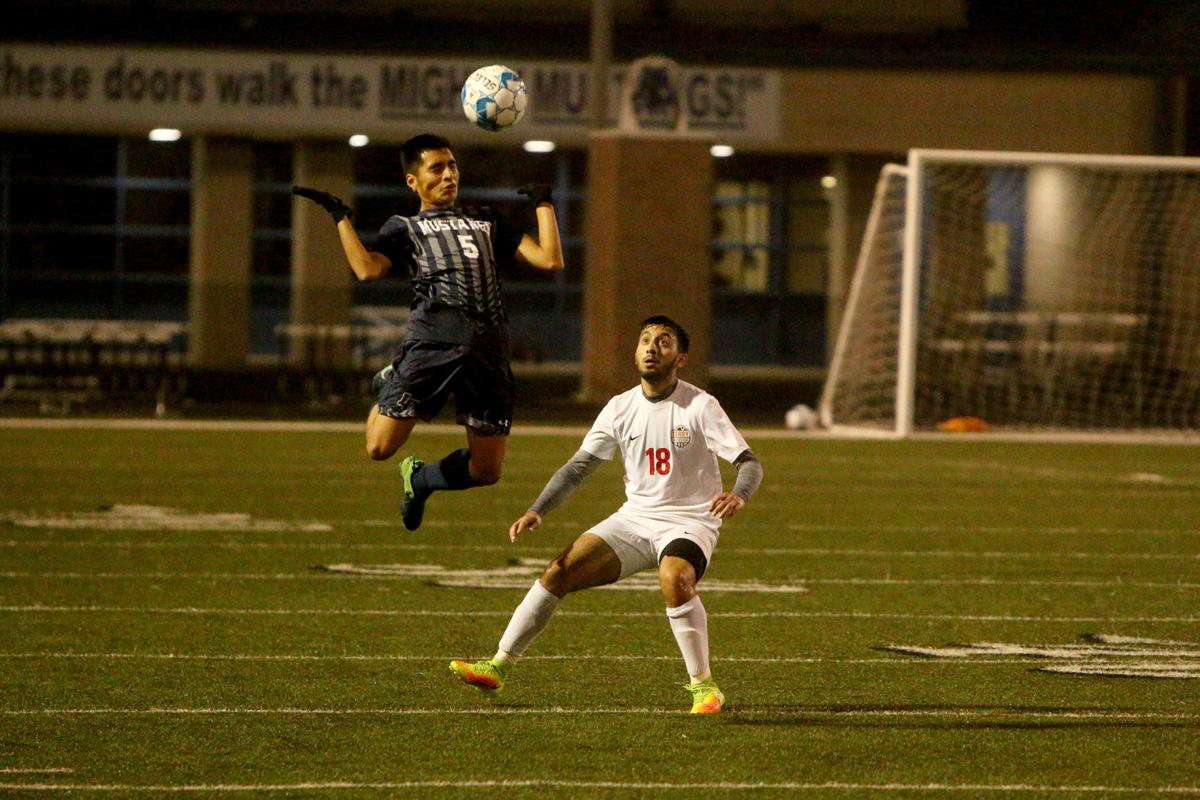 Lamar Consolidated junior Oscar Govea heads the ball away from a Terry defender. 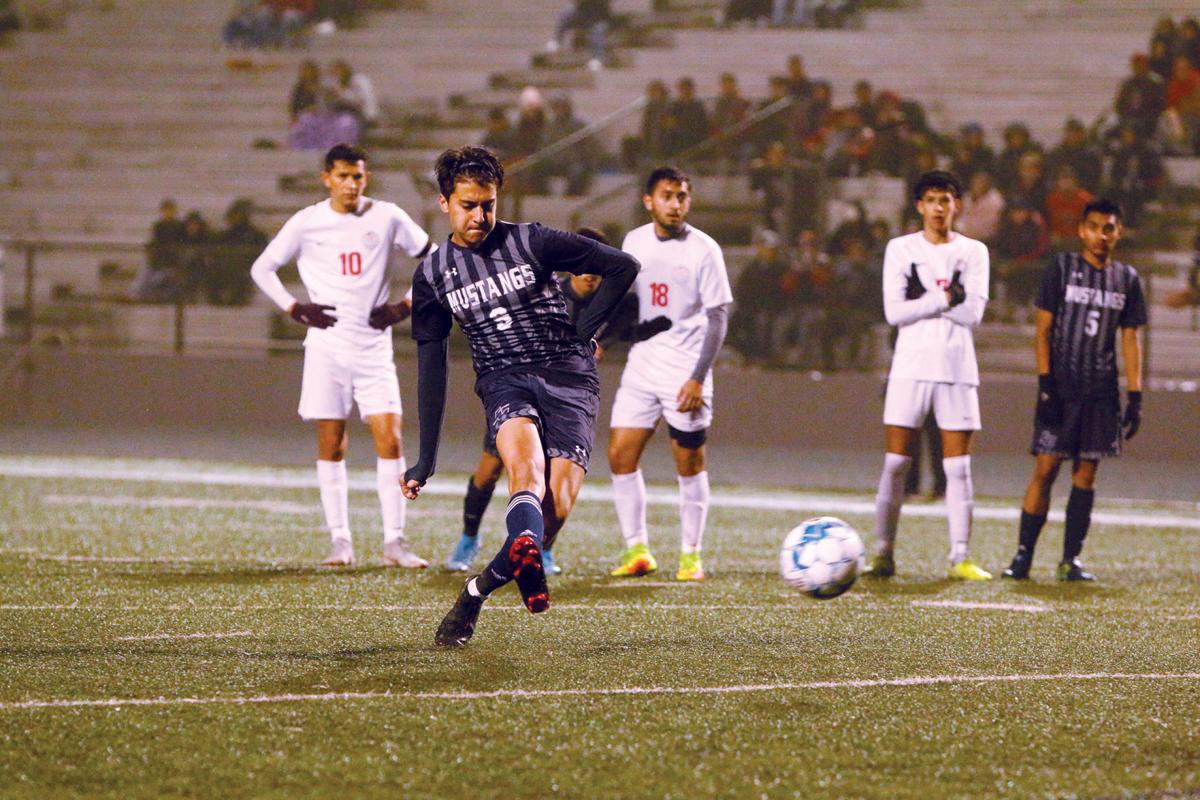 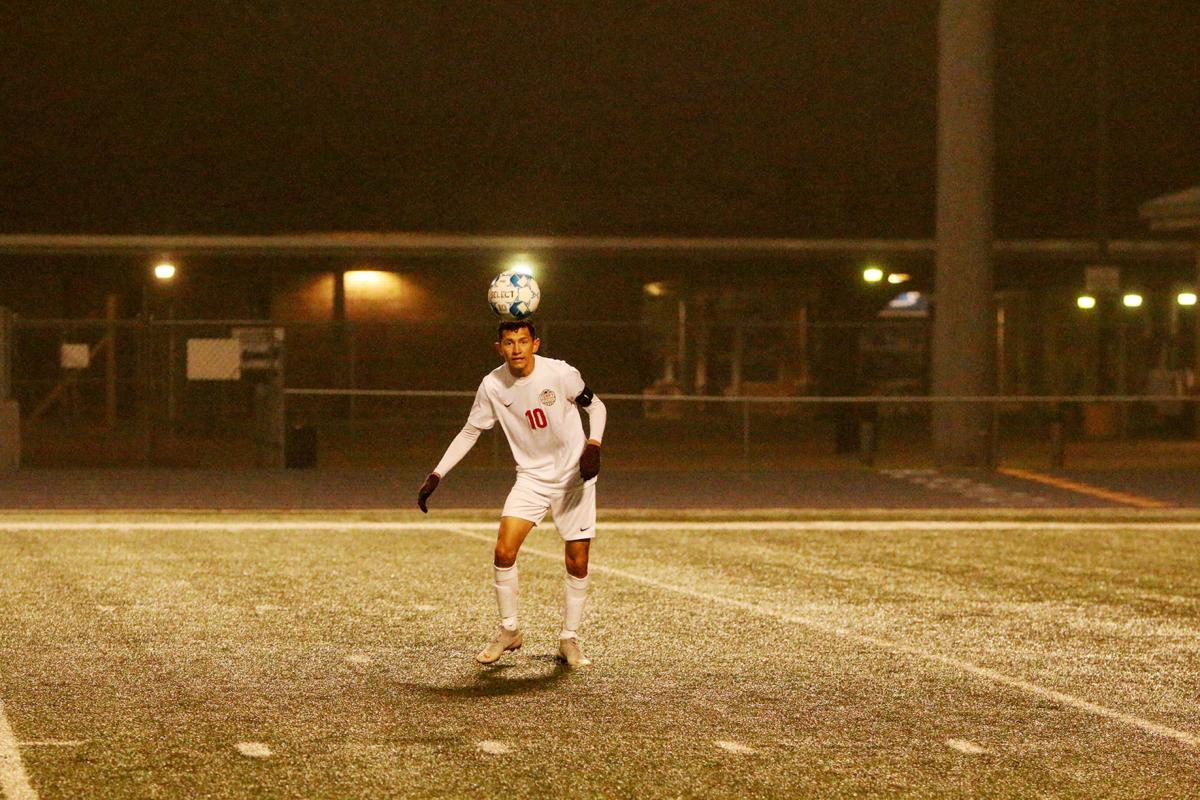 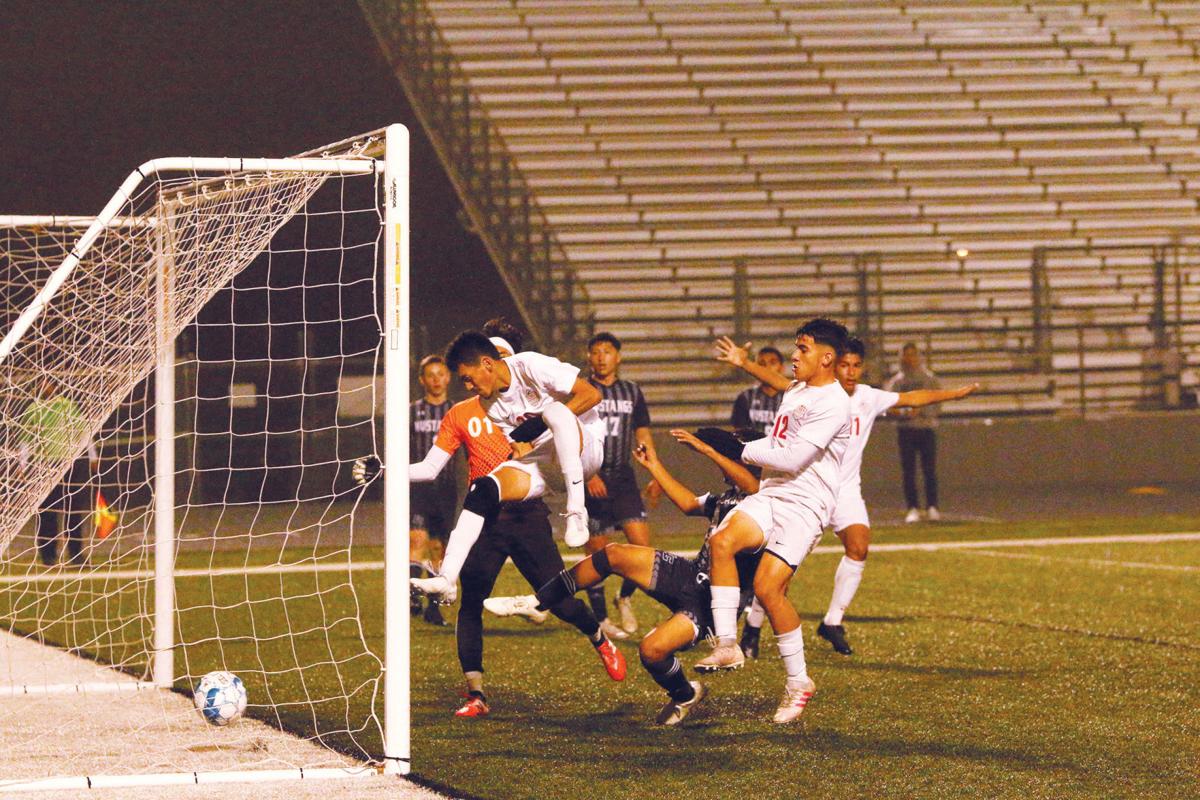 Lamar Consolidated junior Oscar Govea heads the ball away from a Terry defender.

The Battle of the ’Berg brings plenty of challenges on its own. But Terry dealt with an extra layer of self-inflicted difficulty.

The Rangers competed with 10 players on the field throughout Tuesday’s District 24-5A contest at Traylor Stadium against rival Lamar Consolidated.

Terry passed the tough test down one player to the Mustangs with a 4-2 victory.

“We came together as a team and earned this win,” Terry head coach Michael Bevins said. “We played with 10 all night, three of those kids weren’t starters. I’m proud of the way they played and I hope the others learn a life lesson.

“This is always a big game.”

The cause for the roster oddity was coach Bevins sitting four players for disciplinary reasons.

Terry also played with nine players on the field at times due to injuries and cramping.

The Rangers were able to shift their focus to defense in the second half after building a 3-0 lead at halftime.

Senior Ronald Aguilar, junior Bryan Rivas-Guzman and senior Javier Nava put balls in the back of the net for Terry in the first half.

Lamar Consolidated found the much-needed space to generate offense in the second half as the Rangers started to tire.

Junior Fernando Morales made a long run that set up a goal by freshman Edwin Quijada in the 30th minute of the second half.

Terry answered with junior Juan Martinez heading down a loose ball with the Mustang goalie out of position in the 17th minute.

“We didn’t quite possess the ball well in the first half,” Lamar Consolidated head coach Taylor Farmilette said. “Any time you go get down 3-0, it’s always tough.

“Once we got into the second half we had the energy. We just didn’t take advantage of the extra man.”

The Rangers held the line late to secure the program’s sixth straight victory against Lamar Consolidated at Traylor Stadium.