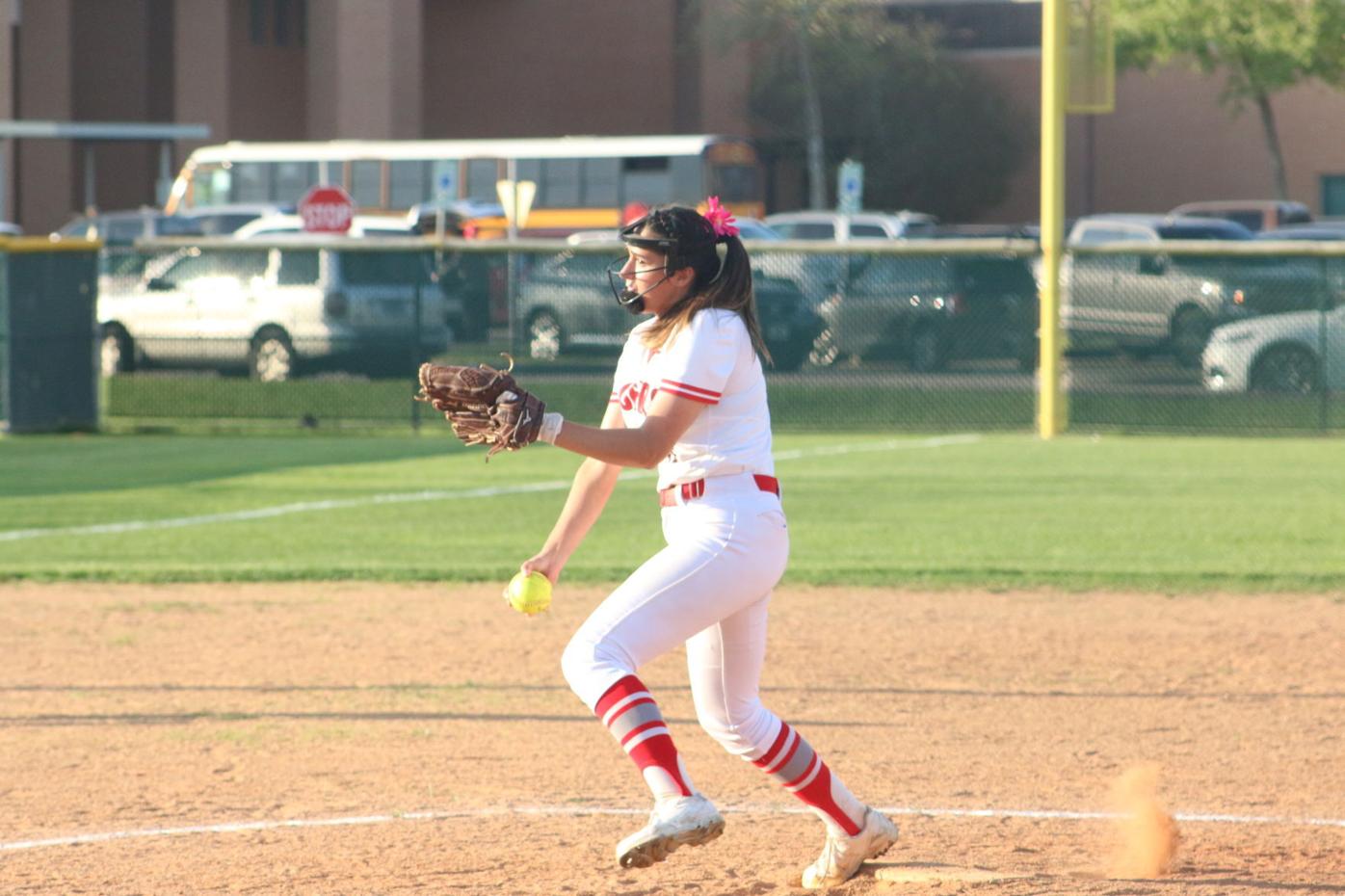 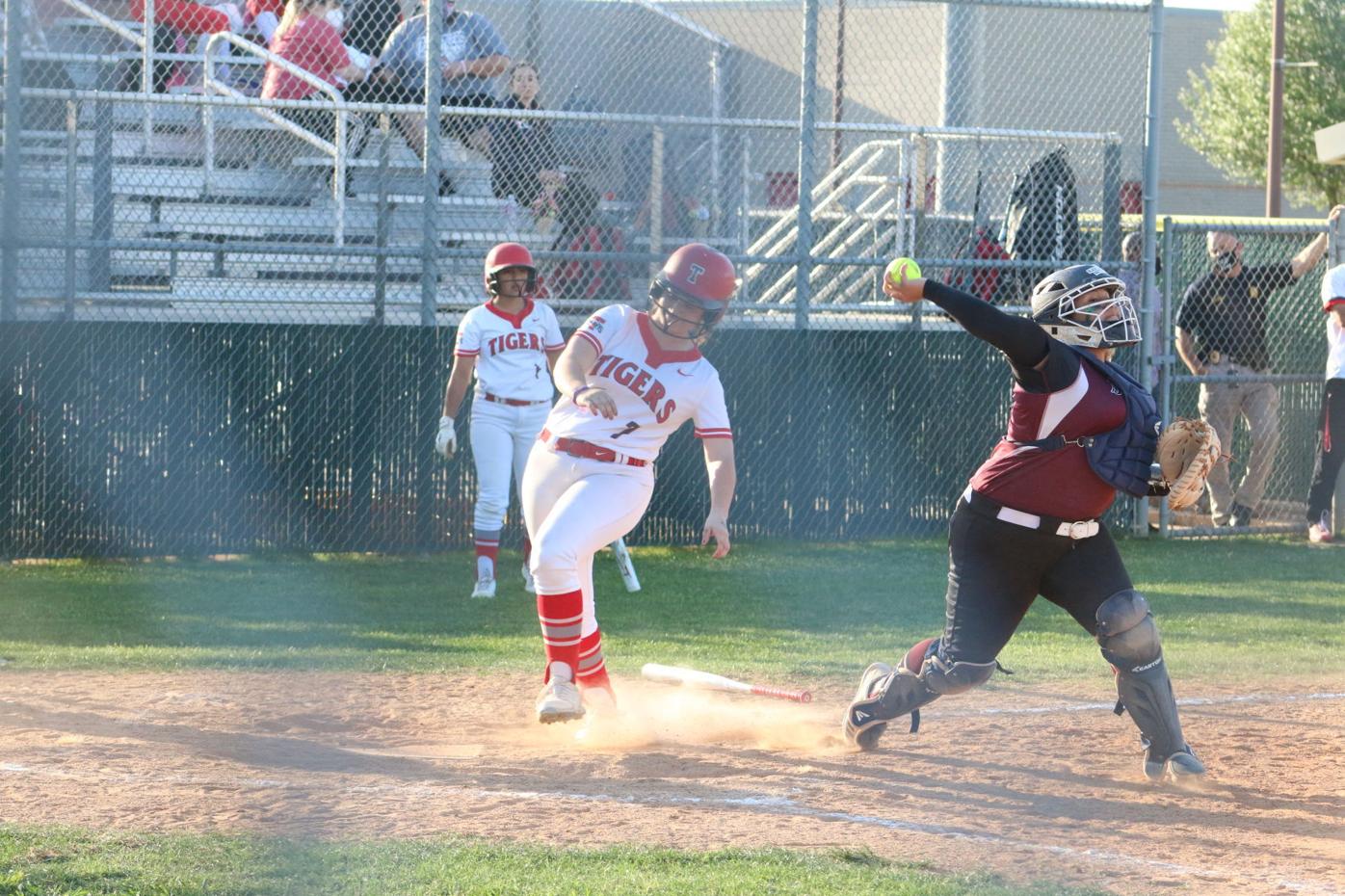 A big night at the plate for Travis hitters, along with good pitching helped the Lady Tigers get a 6-0 win over the Longhorns on Thursday evening.

Travis up in the District 20-6A standings in the district, and handed the Longhorns’ their first district loss.

Meanwhile, George Ranch fell behind early and their bats never got going for the rest of the game.

Rachel Ybarra was strong in the circle for the Lady Tigers, getting the shutout win while giving up three hits and a walk with eight strikeouts.

“I am so proud of these girls this season,” Travis head coach Katie Kilgore said. “The way that they are able to adjust and come out here for each other – I know that they’re here playing for each other and I know we’re catching a win.”

Maddie Morris worked a walk to score one run, and then Kennedy Clark was hit by a pitch to score another for a 2-0 Travis lead.

Thompson was able to get out of the bases-loaded jam with a fly out, a force out at home. The play was sparked by the catch in center field by Karrlaughn Deas.

The Lady Tigers continued to hit the ball well against Thompson in the second inning, as Ariel Kowalewski hit a triple to left-center field that allowed Jadyn Kobrin – who singled earlier – to score.

Riley Westmoreland got an RBI single to score Kowalewski for a 4-0 lead. Westmoreland later scored on a RBI hit by Clark for a five-run lead for Travis.

George Ranch did have some opportunities to get on the board in the next couple of innings.

The Longhorns tried to get a two-out rally going in the top of the third with three straight singles loaded the bases for Jesyca Johnson, but Ybarra was able to get the strikeout to get out of the jam.

The Longhorns again got a runner in scoring position in the fourth as Camryn Couvillion walked, moved to second on a throwing error and stole third.

But Ybarra again got a strikeout to end the inning.

Travis added another run in the bottom of the fourth as Ybarra helped herself with a RBI single that scored Kowalewski. She then pitched three perfect innings to seal the win.

Kowalewski and Westmoreland each went 3-for-4 for Travis, who moved to 7-2 overall and 6-2 in district play.

The lone bright spot for George Ranch was Kennedy Marlow going 2-for-3 at the plate. The Longhorns fell to 10-5 overall and 7-1 in district.

“It just wasn’t our day,” George Ranch head coach Donna Vrba said. “We played them better offensively than we played them last time. We put more balls in play this time, but we got to grow from this and be ready to make a change at bat to make a difference and go with the process.”

George Ranch will look to bounce back on Tuesday at home against Austin, while Travis will head to Bush.