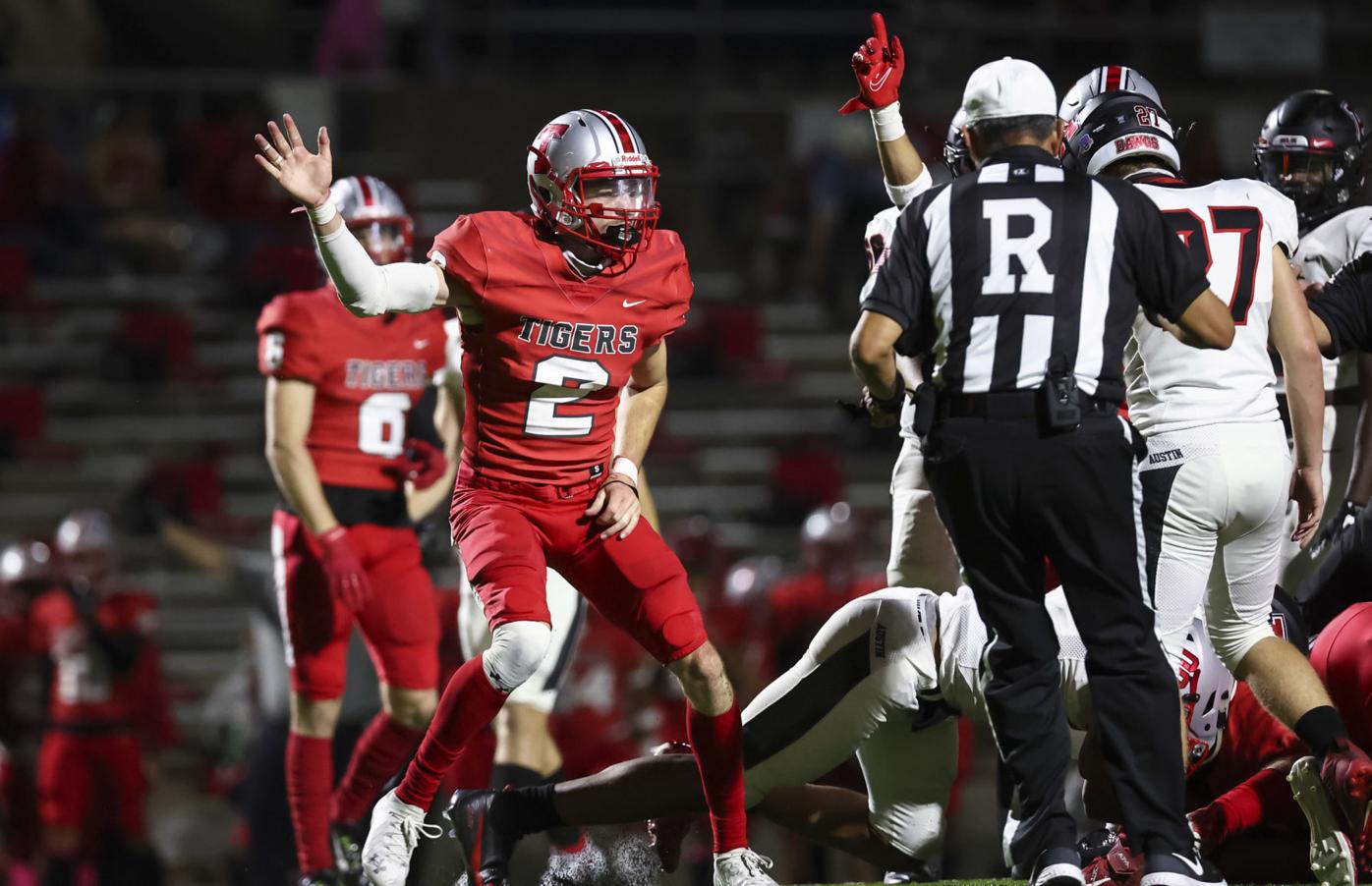 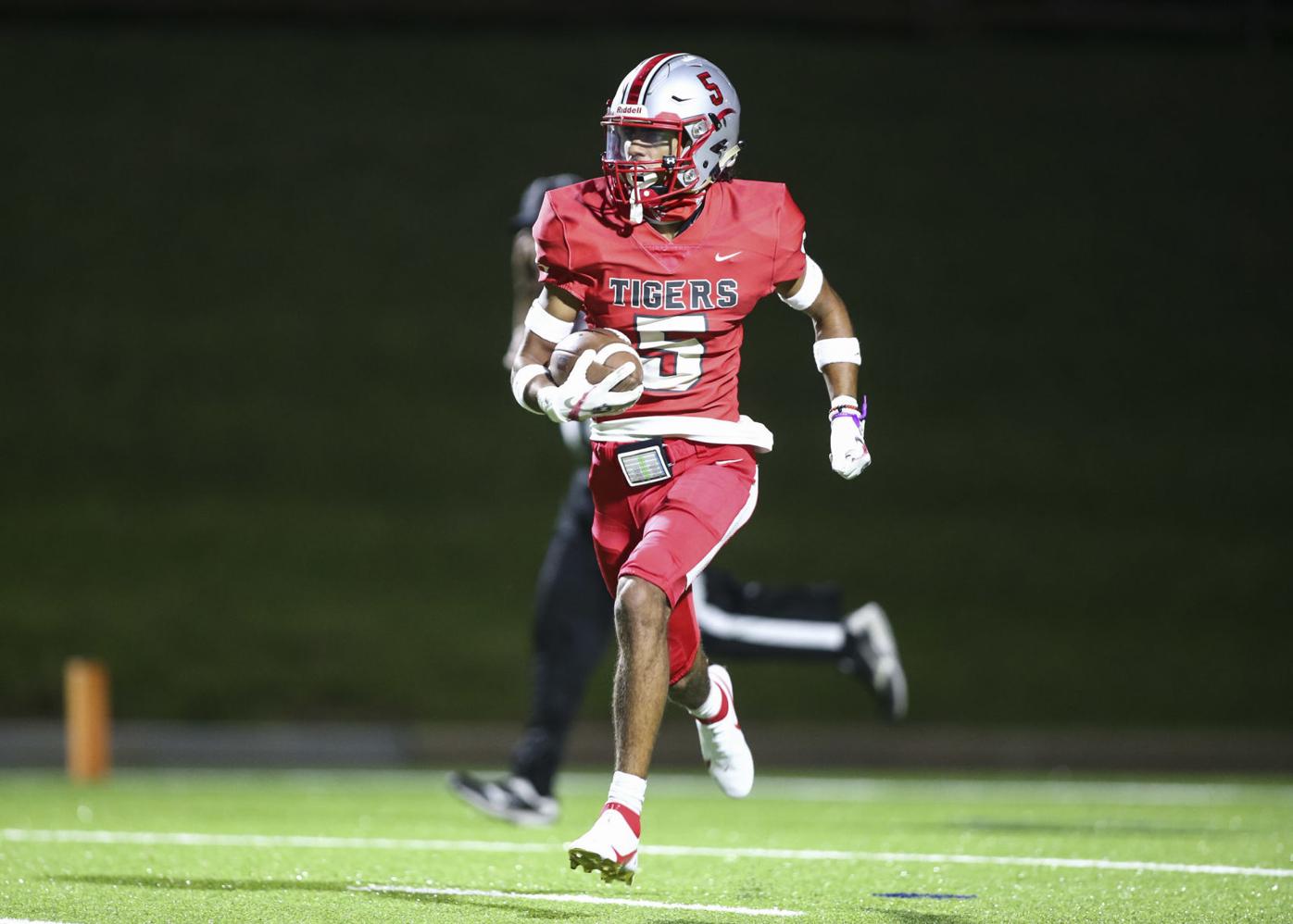 Travis senior Cameron Oliver returned a kick over a 100 yards for a touchdown Friday against Austin. 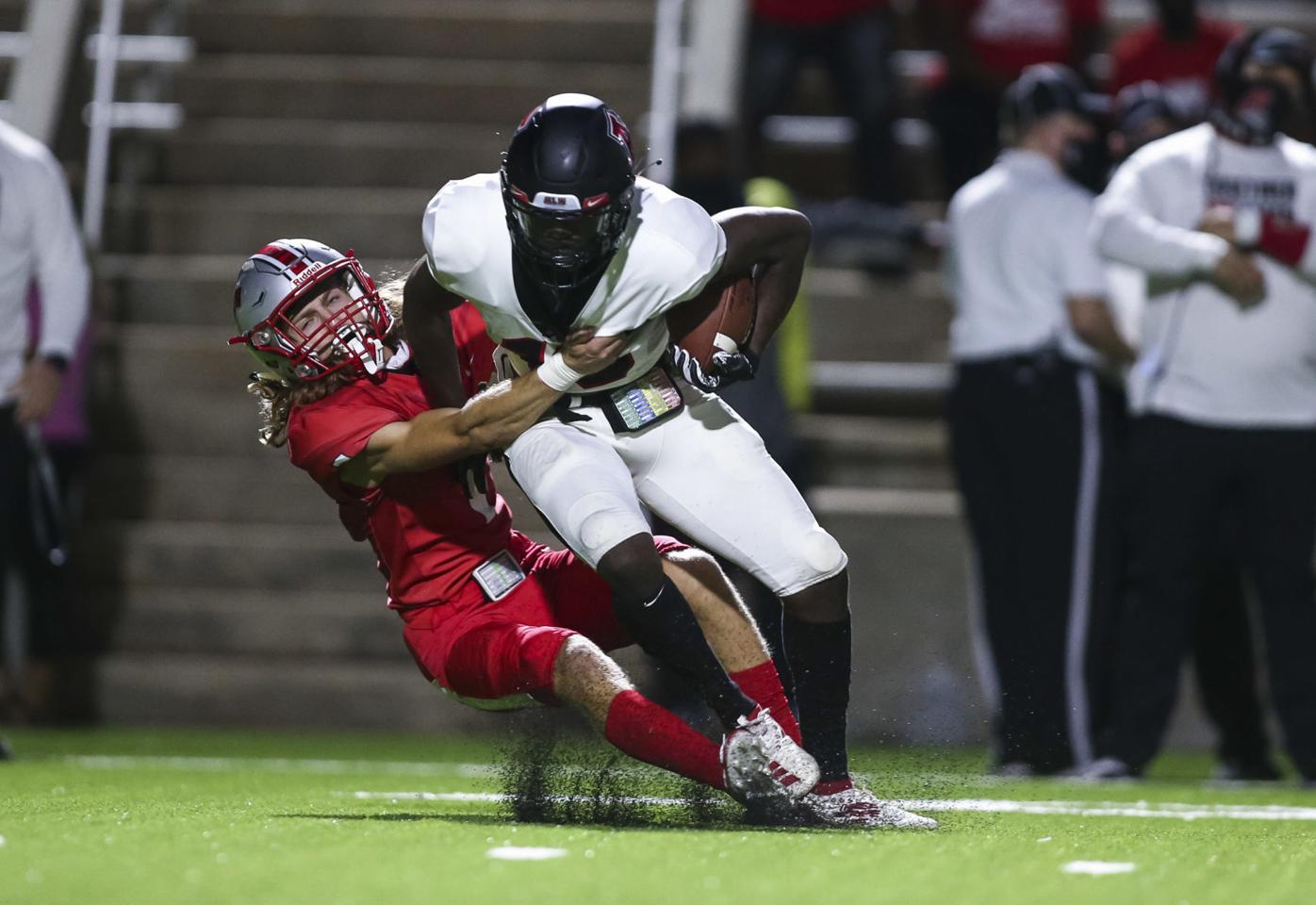 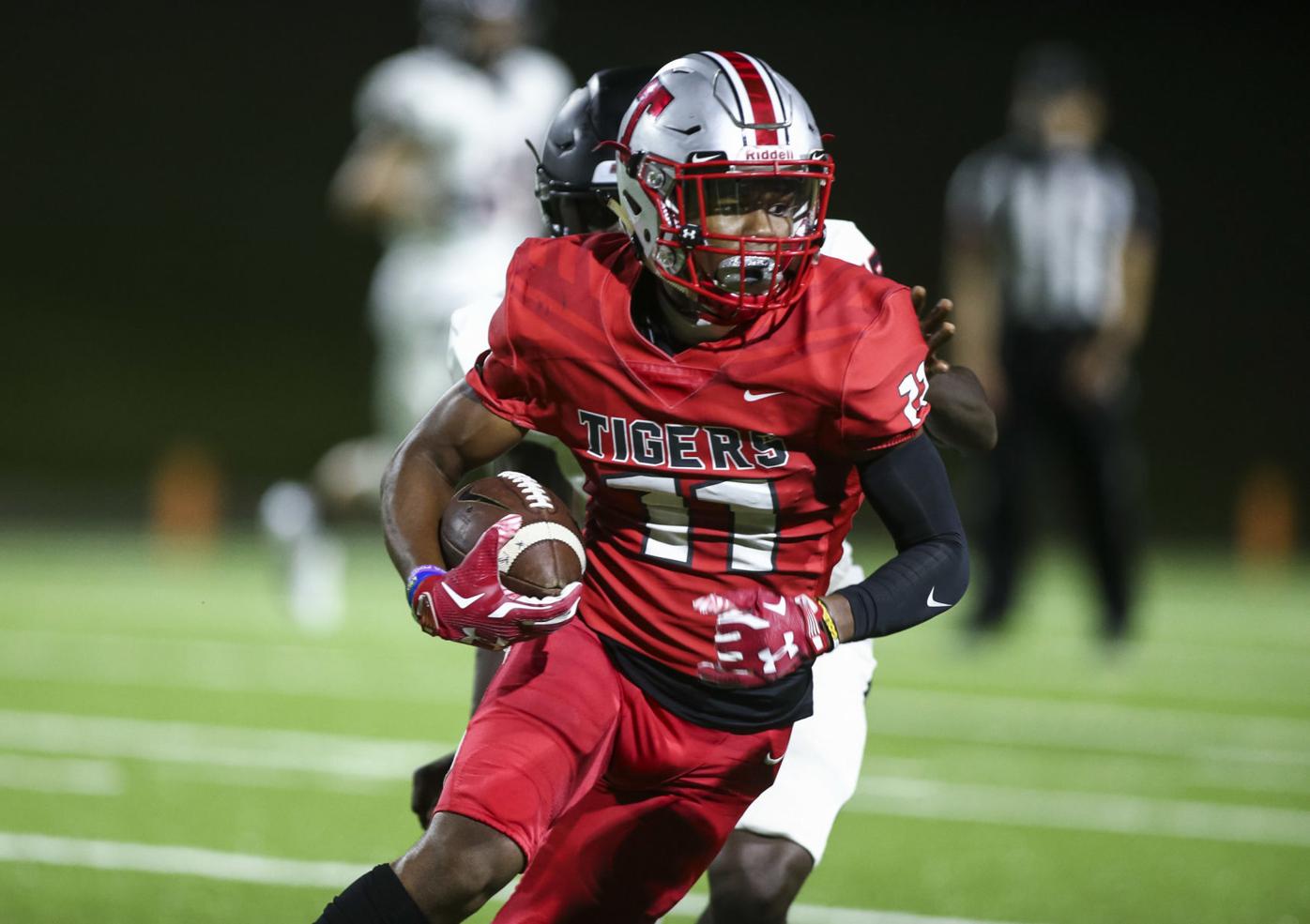 Travis senior Cameron Oliver returned a kick over a 100 yards for a touchdown Friday against Austin.

SUGAR LAND – The Travis football team didn’t have a whole lot of practice time to get ready for the 2020 season, but the Tigers finally put together its most dominating performance of the season at the time that they needed to.

Junior quarterback Anthony Njoku went 13-for-21 for 141 yards and three touchdowns while the defense held Austin to only 35 passing yards and forced three fumbles to get a convincing 35-7 win on Friday night at Mercer Stadium.

The win is important for the Tigers now that District 20-6A is now in zone play. Travis now just needs wins over Dulles and Bush in the next couple of weeks to get the top spot in the zone in the district playoff round.

“We were really opportunistic, I guess you could say,” Travis head coach Trey Sissom said. “We talked all week about feast or famine, we gave up big plays and made big plays (last week vs. Houston Heights.) But we really held (Austin) in check and we took the ball away.”

Austin took the first drive of the game into Tiger territory, but the Bulldogs stalled out at the Travis 27-yard line. A 44-yard field goal attempt into a stiff wind was short, and senior defensive back Cameron Oliver leaped up and took the ball and weaved his way around Austin players for a 110-yard kick-six for a touchdown.

“The play with Cam is that situation that you practice, and you may never get a chance (to do it in a game situation),” Sissom said. “We’ve practiced it for the last six years, and we’ve never had a chance to do until tonight.”

Oliver wasn’t the only Tiger defensive player to make big plays in the first half, as Travis recovered three Austin fumbles. Junior lineman Brandon Dixon and junior linebacker Aaron Mendiola each recovered fumbles for the Tigers, while senior lineman Joe Cadette got a sack and fumble recovery that led to a 9-yard touchdown pass from junior quarterback Anthony Njoku to senior receiver Jeremiah Ephran to put the Tigers up 14-0 in the second quarter.

Travis then got another score on the last play of the half, as with three seconds left, Njoku found Oliver in the corner of the end zone, who make a juggling catch for a 2-yard touchdown to put the Tigers up 21-0 at the half.

Njoku kept it going on the first drive of the second half as he scored on a 29-yard touchdown run to put Travis up by four touchdowns. Njoku ran 12 times for 90 yards in the game.

Early in the fourth quarter, Njoku hooked up with junior receiver Gabriel Van Wyk for a 37-yard pass that would later set up a 4-yard touchdown pass from Njoku to senior Mike Samba to make the score 35-0.

Austin (0-3, 0-1) got its lone bright spot in the game in garbage time, as junior quarterback Joshua Tarver scored on a 9-yard run with under two minutes left in the game. Tarver led the Bulldogs with 71 yards rushing on 20 carries.

Travis will next face Dulles next Friday at Mercer, while Austin faces Bush on Thursday at Mercer.