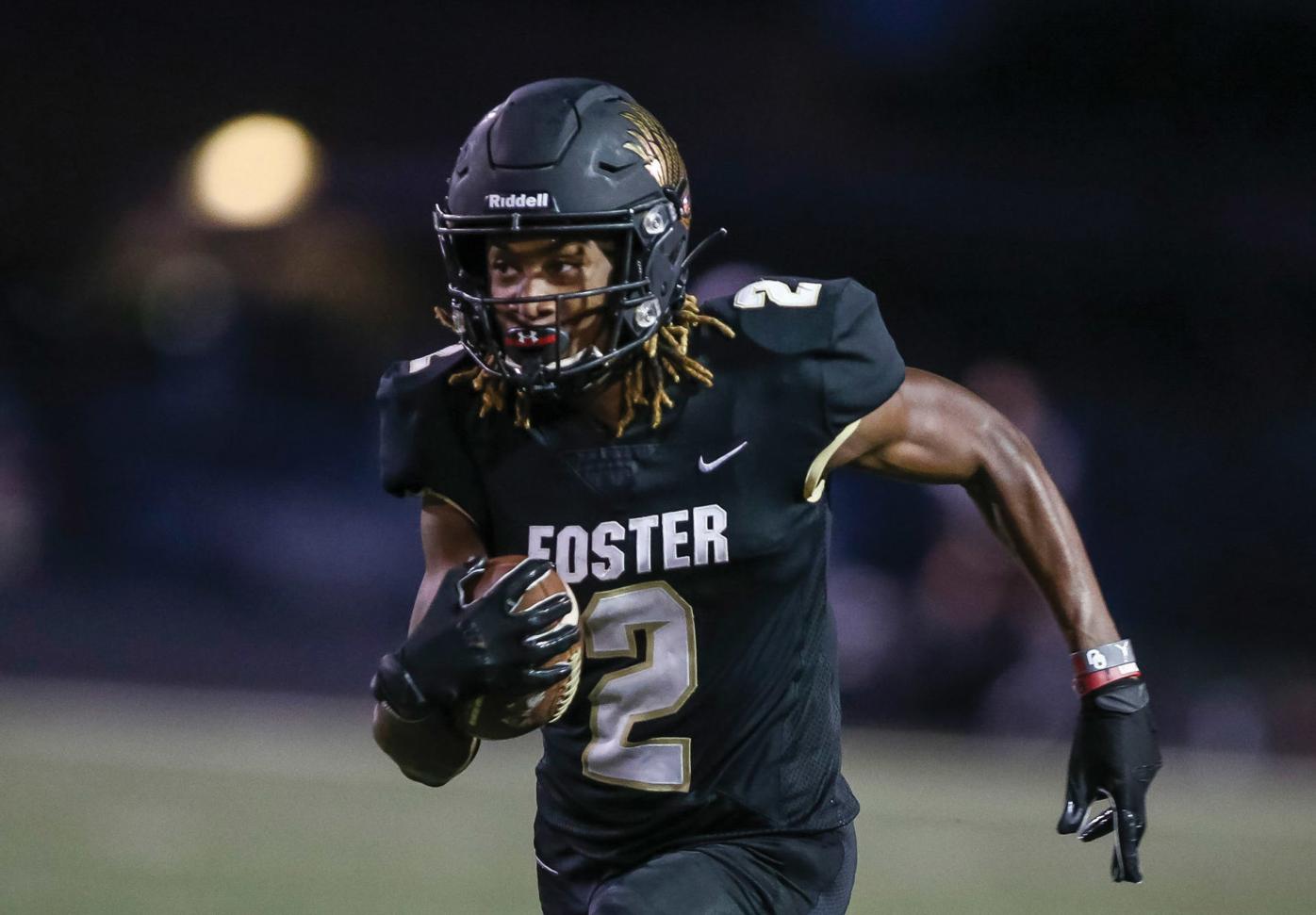 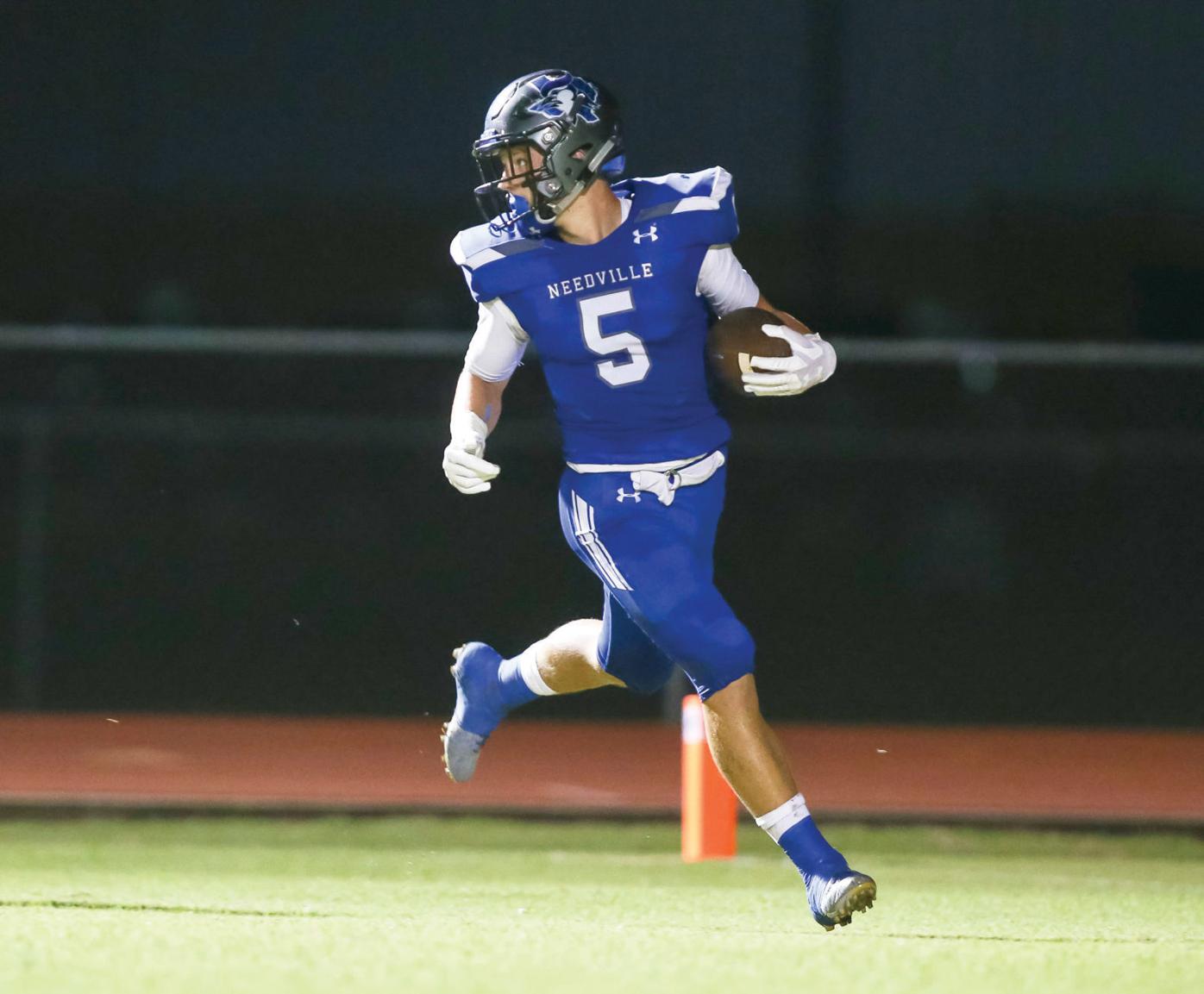 On top of that, the publication names a district preseason offensive MVP and defensive MVP.

Fort Bend County was well represented among the projected MVPs.

The landscape of District 20-6A has changed slightly this offseason with George Ranch replacing Kempner in the eight-team district. The Longhorns are the first non-Fort Bend ISD team in the district since 2015.

The 20-6A preseason offensive MVP will be wearing the maroon and black of George Ranch. Senior wide receiver Javon Gipson was selected for the honor.

Gipson burst onto the scene last season and three games and over 100 yards receiving.

He had six touchdowns over those three games including five in the Longhorns’ two playoff games against Clear Falls and Humble.

He had 29 catches for 637 yards and nine touchdowns.

The George Ranch star committed to Baylor this offseason. He also had offers from Houston, Iowa State, Kansas, Northwestern and Tulsa.

Another football star from Richmond was selected the defensive MVP, Travis senior defensive back Cameron Oliver.

The Tigers’ defensive back collected seven interceptions including two returned for a touchdown.

Oliver has been an all-district selection the past three seasons.

There was little surprise in the selection for the 10-5A Division preseason offensive MVP. Foster senior wide receiver Cody Jackson takes home the honor.

Jackson, the University of Oklahoma commit, has been selected by multiple recruiting outlets the number one wide receiver for the class of 2021 in Texas.

Jackson finished his junior campaign with 64 receptions for 1,370 yards and 18 touchdowns.

The future Sooner is in striking distance of the Foster career record for receiving yards, currently held by Cedarian Lamb at 3,418. Jackson is just under 2,500 yards after two seasons at the varsity level.

Fulshear and Lamar Consolidated did not earn a selections for the District 10-5 Division II awards.

Montgomery sophomore quarterback Brock Bolfing was selected the preseason offensive MVP. Bolfing was second in the district last season with 1,920 passing yards. He completed 63 percent of his passes (147x233) for 16 touchdowns against eight interceptions.

Sheffield had 88 tackles, 11 sacks and one interception last season.

Needville’s district, 12-4A DI, will again feature two teams from Fort Bend County. Stafford will replace Fulshear, who moves up to Class 5A.

Needville, El Campo, Columbia, Brazosport and Bay City move over to Region III with Stafford for this season.

Warncke had 82 tackles and four interceptions to earn all-district utility player of the year honors last year. The Blue Jay was equally important on the offensive side with just under 800 all-purpose yards and eight touchdowns total.

Owens had 808 rushing yards and eight touchdowns in his freshman season.

Chapman takes the lead in the Brahmas’ slot-T offense in 2020. He had 739 rushing yards last year along with 16 touchdowns. Peloquin had 117 tackles during his junior campaign.

Two Fort Bend County schools were selected for the preseason honors among the Katy ISD teams.

Katy defensive back Hunter Washington is the defensive MVP, who is a Florida State commit.

Buckner had 144 carries for 1,143 yards and nine touchdowns last season. Jackson had 70 tackles last season including 50 in the solo category. He also had four interceptions and two fumble recoveries.