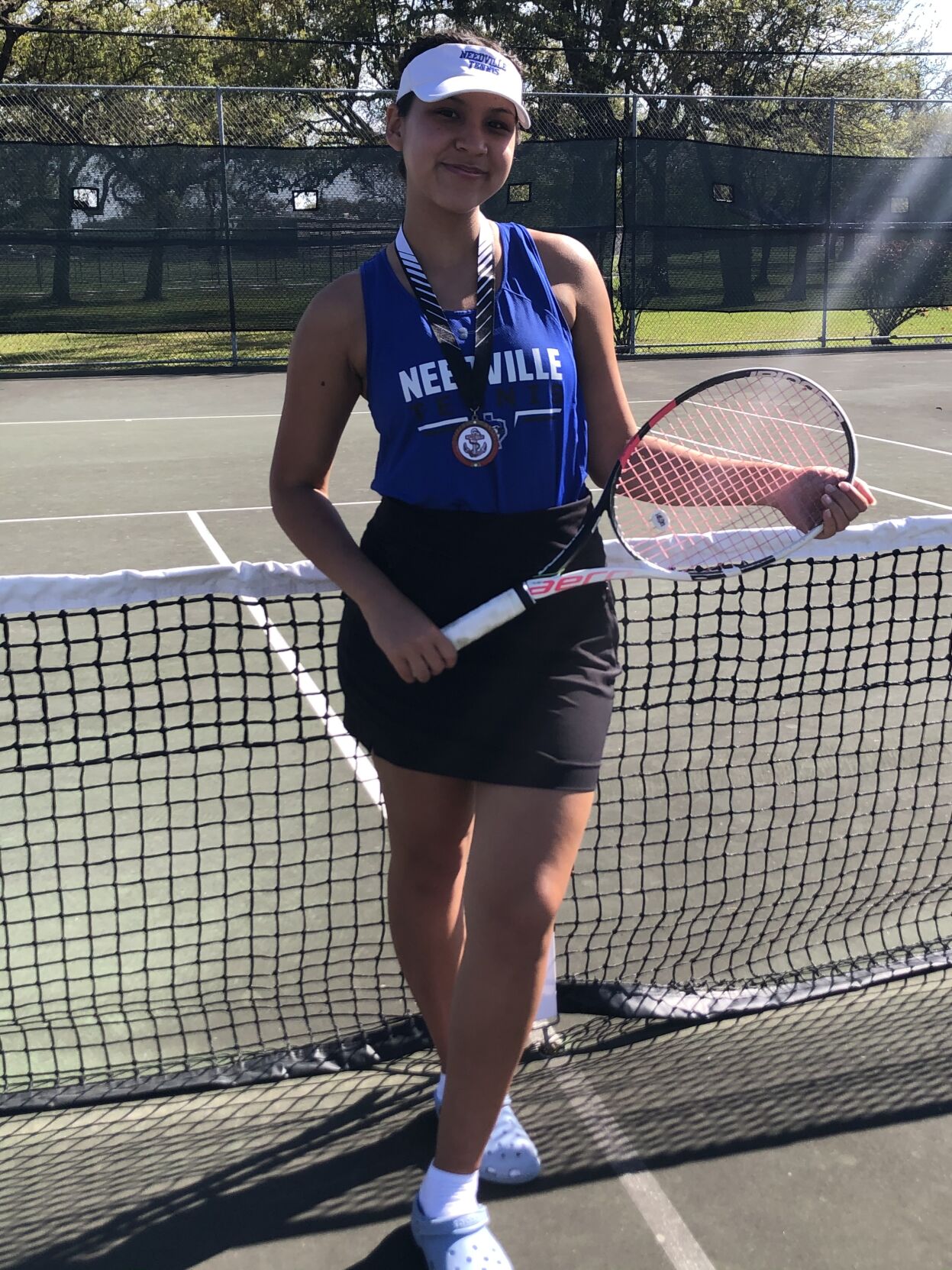 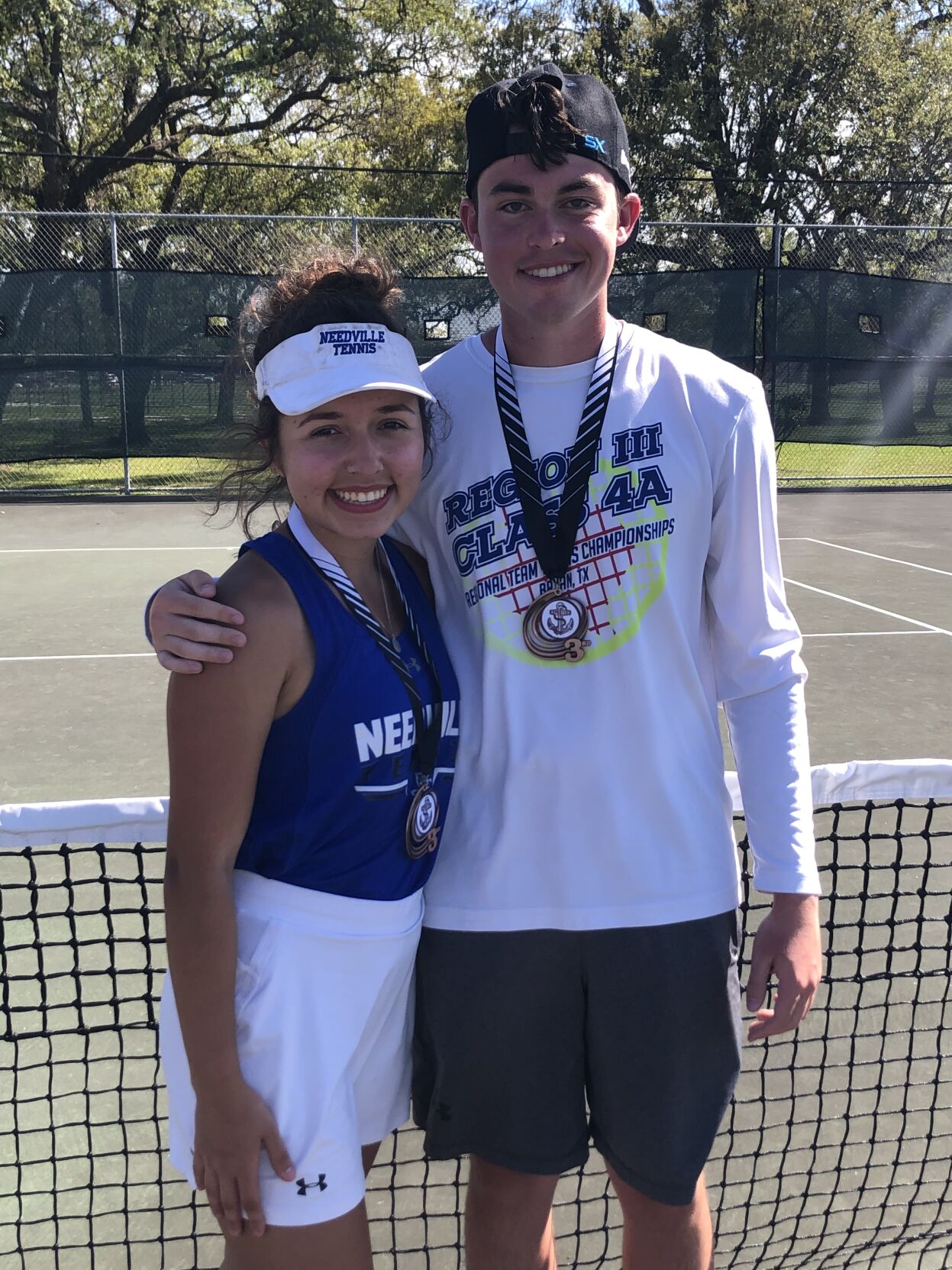 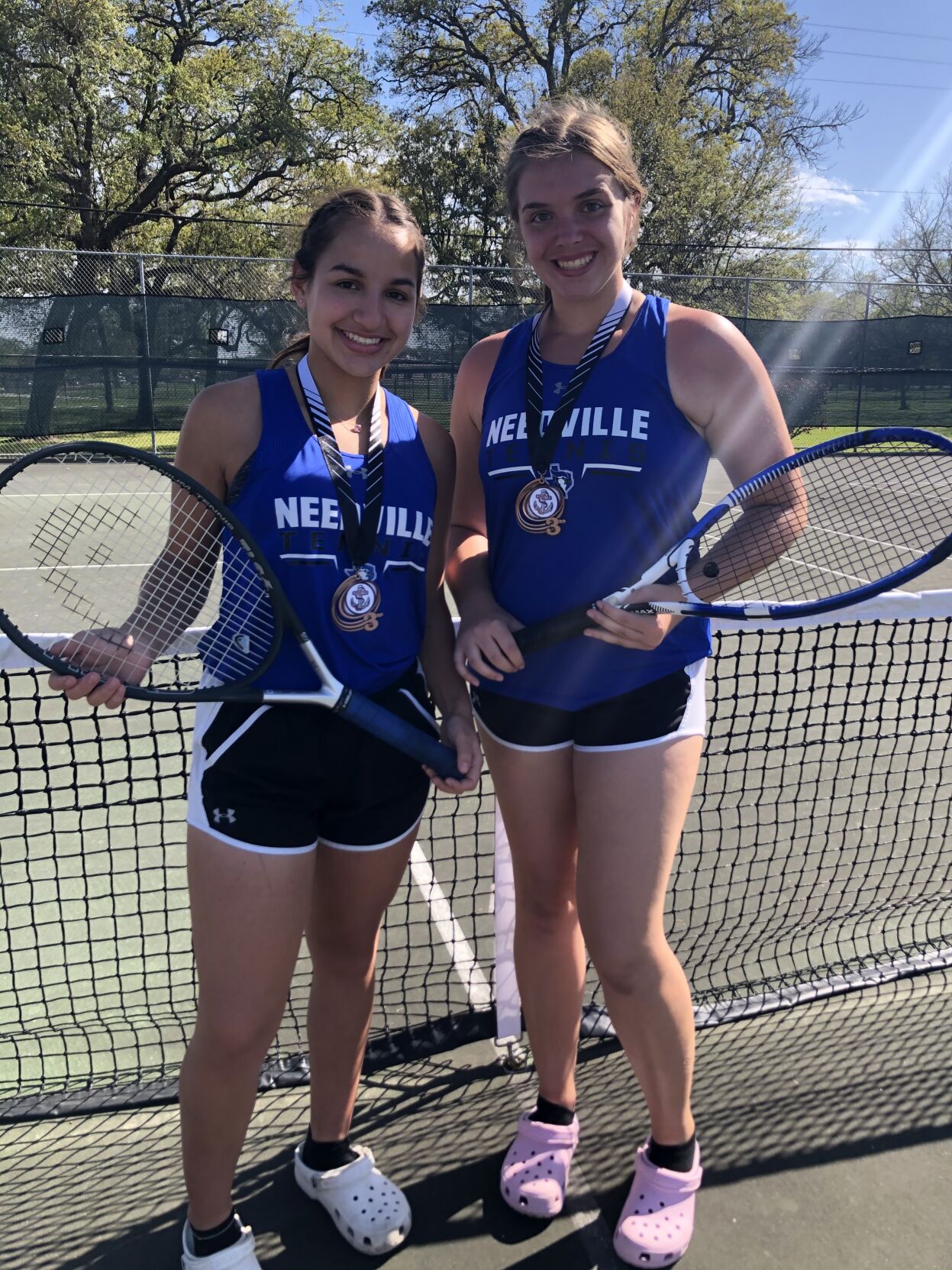 The Needville High School tennis team and head coach Allison Rouse traveled to the Brazosport tennis tournament at the end of March.

The Blue Jays earned five more medals, as all players demonstrated high levels of sportsmanship and gamesmanship. The results are as follows:

In the 13-player girls’ singles draw, Hannah Hahn was absent, so Raquel Sandoval and Bailey Malone stepped up to represent Needville.

Sandoval had a bye the first round. In the quarter-finals, she had an exciting match, but heartbreaking loss to Angleton 3-6, 6-3.

Moving into the Consolation round, Sandoval demonstrated her dominance by beating Brazoswood 8-2 in the quarters.

In the semis versus Sweeny, she posted another solid victory 8-1. In the Consolation final, Sandoval won by default, receiving a medal for her efforts.

The boys’ singles draw, also, had a 13-player field. Needville No. 1, Hayden Hahn posted a solid win in his first round against Brazosport, 6-2, 6-2.

In the quarter-final round, Hahn fell to Angleton No. 1, 0-6, 0-6. Needville teammate Jaden Watson received a bye when a Brazoswood player was not at the tourney.

In the quarter-finals, Watson posted a thrilling victory over Lamar Consolidated 4-6, 6-0.

In a competitive 12-team boys’ doubles bracket, Needville teammates Jared Taylor and Tyler Wleczyk had a bye in the first round.

On a roll, they beat El Campo 6-2, 6-3. In the consolation final, Taylor/Wleczyk were defeated in a tough battle against another El Campo team 3-6, 4-6. Needville teammates Dawson Atkinson and Hunter Wright fell to Brazosport 1-6, 3-6.

Upon entering Consolation, they lost a fiercely competitive battle 3-6, 6-3, [STB 3-10] to the El Campo team who won Consolation.

On their journey, they had a first round bye. In the quarter-final round, they dominated with a solid win over Brazosport No. 2 6-0, 6-0.