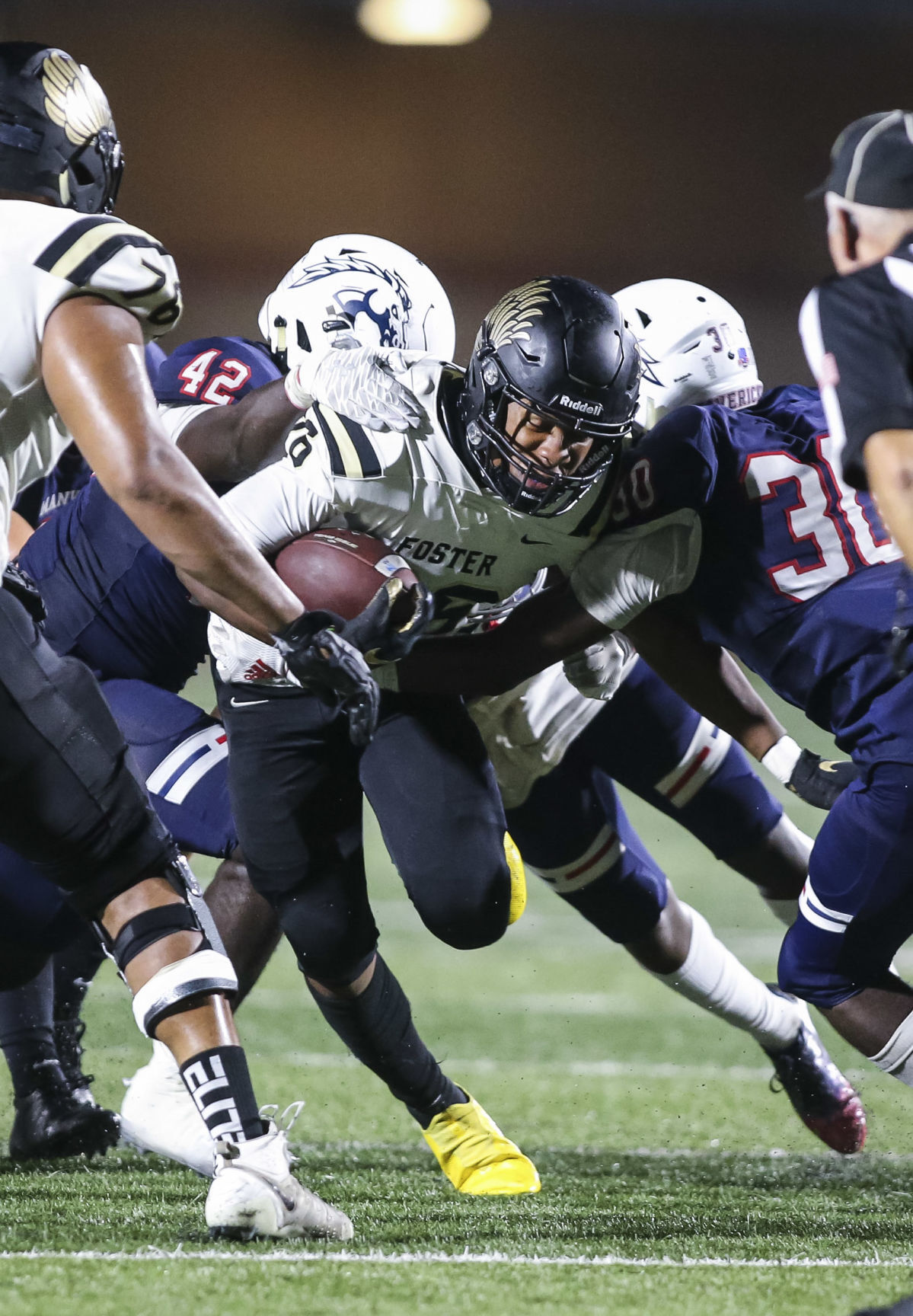 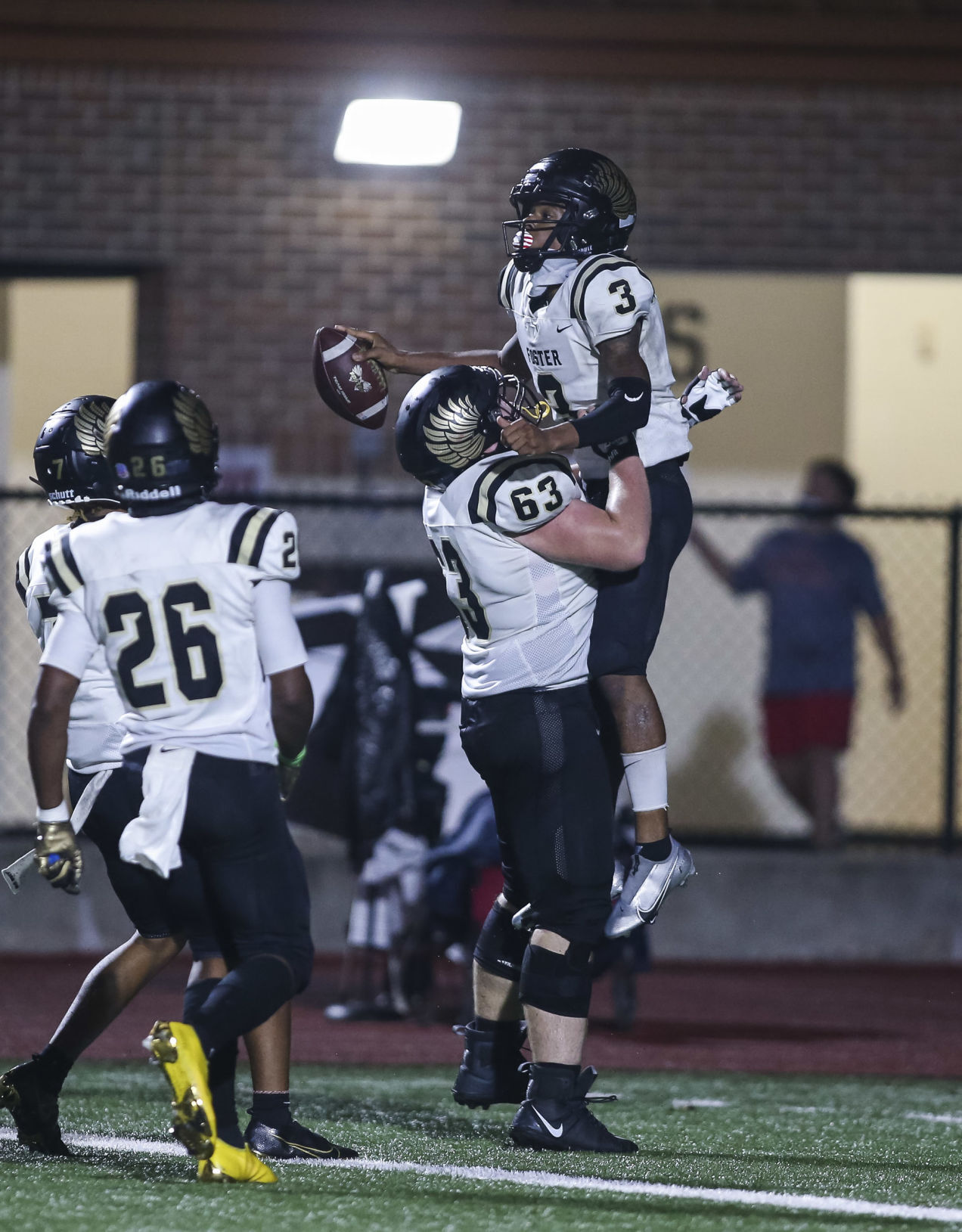 Foster senior Taribbean Ramirez celebrates with his teammates after scoring a touchdown against Manvel Friday at Alvin Memorial Stadium. 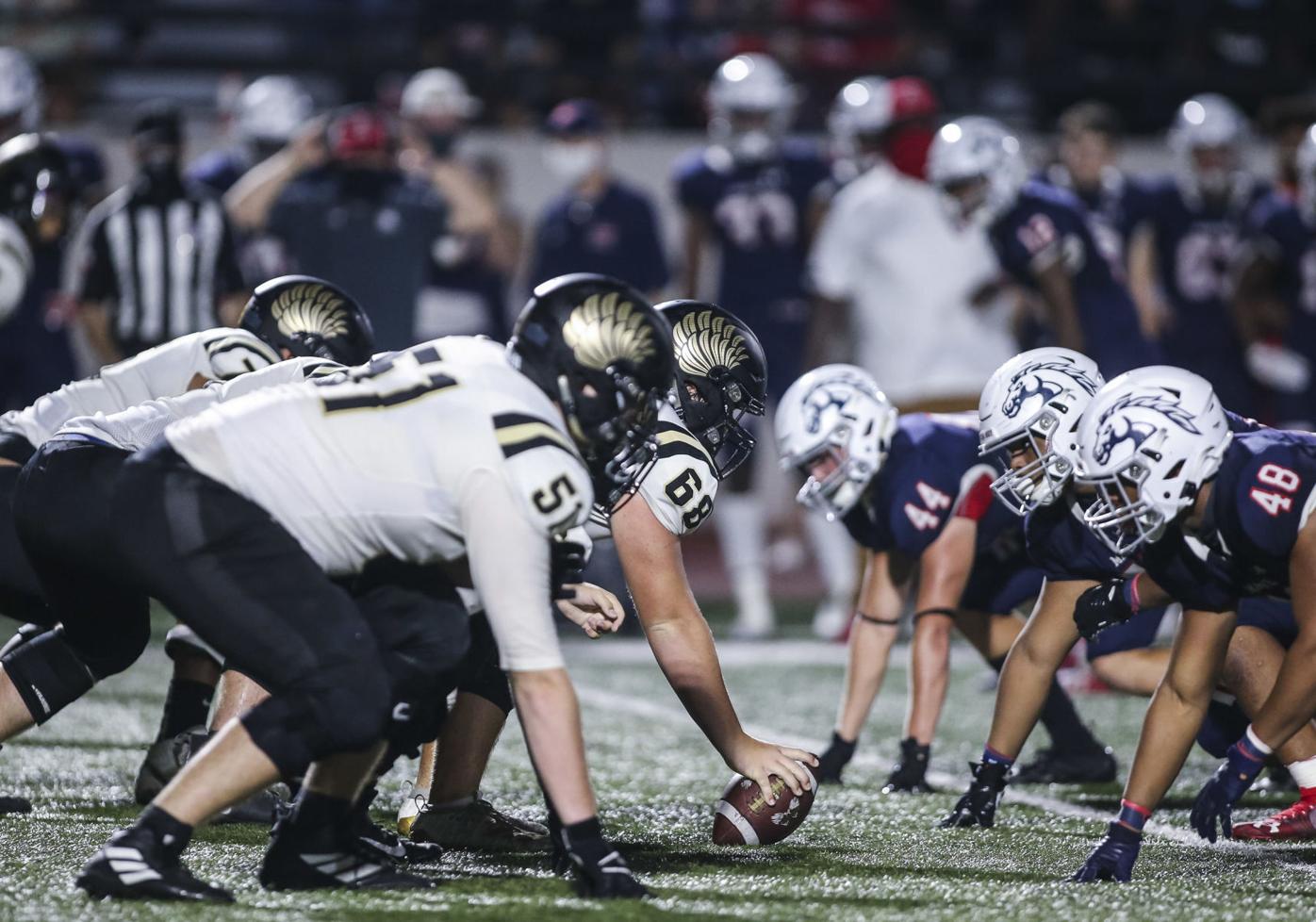 Foster offensive line prepares for a snap against Manvel. 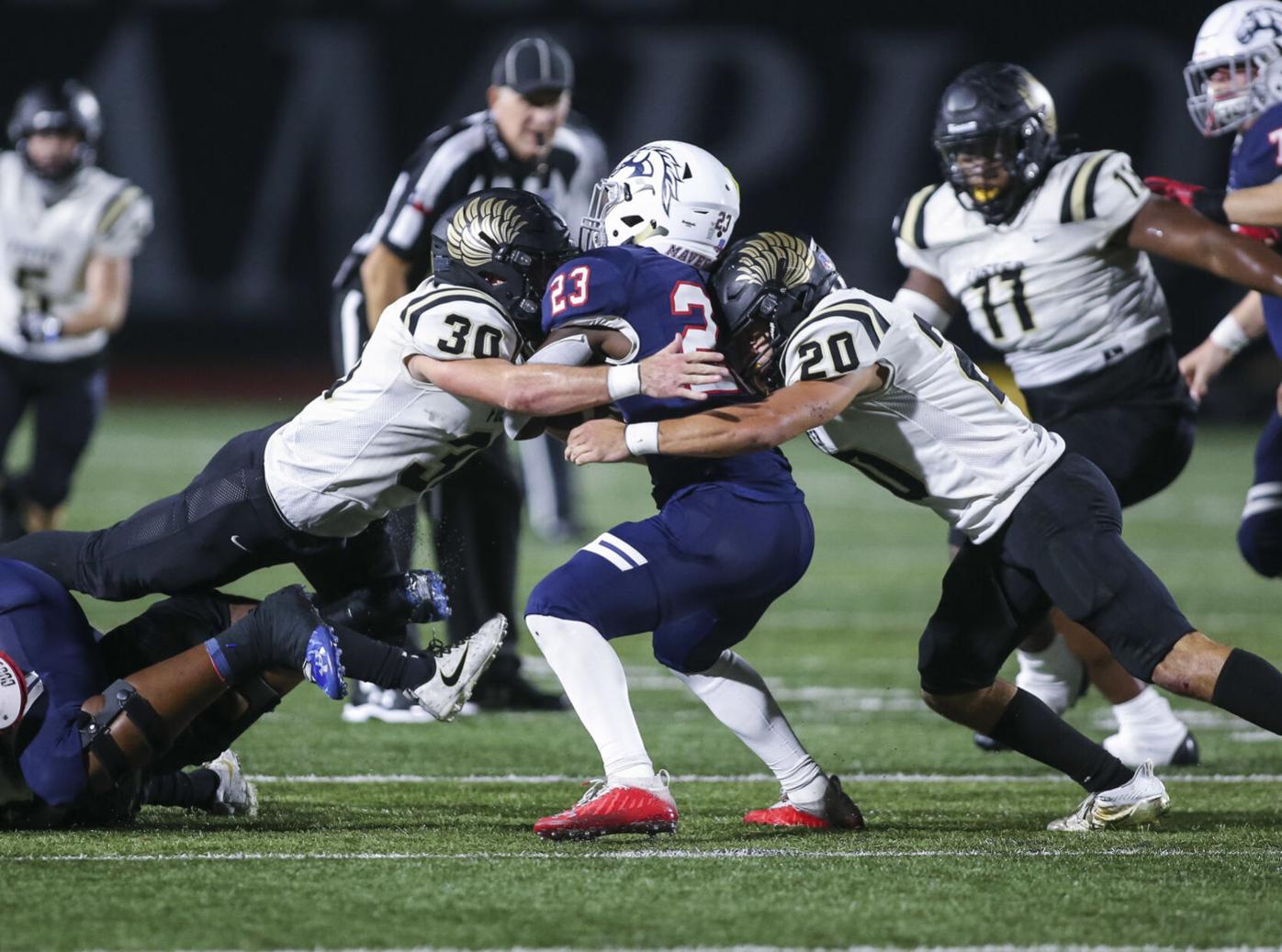 Foster senior Taribbean Ramirez celebrates with his teammates after scoring a touchdown against Manvel Friday at Alvin Memorial Stadium.

Foster offensive line prepares for a snap against Manvel.

ALVIN – Foster has been a strong contender in the area in 5A Division I for the last four years. The Falcons were rarely the ones getting the worse of a blowout loss.

But Friday night at Alvin Memorial Stadium, Foster was on the wrong side of a dominating performance by another area power, Manvel.

The Mavericks used their strong rushing attack, and its quick defense put the clamps on Foster’s offense, beating the Falcons 66-28 to win the District 10-5A DI championship.

“We had some key injuries, but (Manvel) just outplayed us in all three phases of the game,” Foster head coach Shaun McDowell said. “I got to do a better job of coaching, and we’re going to go back to square one on Monday, and we’ll take from this and move on.

“I think they just physically dominated us upfront and took over the game. They made us go one way (on offense). Hats off to Manvel; they dominated us and ran away with it.”

Foster started the game strong on a 15-play drive, as running back Xavier Smallwood scored on 10 yards out to put the Falcons up 7-0. But it took Manvel only three plays to tie the game as running back De’Monte Seymore scores on a 66-yard touchdown run with 6:23 in the first quarter.

After forcing a Foster punt, the Mavs took the lead as quarterback Gabriel Larry scampered for a 15-yard touchdown to go up 14-7. Manvel added a field goal early in the second quarter to increase its lead to 10.

Three minutes later, Larry heaved a pass into the end zone, where receiver Jalen Walthall leaped up and caught the ball for a 40-yard touchdown to put the Mavs up 24-7.

Foster quickly battled back with a 43-yard touchdown run by Smallwood to cut the deficit to 10, but Manvel answered quickly, as running back Ty Harris got free for a 26-yard touchdown run that made it 31-14 with 2:44 left in the first half.

It took Foster only four plays to get that touchdown back as quarterback Phillip Amy found receiver Taribbean Ramirez, who broke a tackle and got good downfield blocking to score from 47 yards out to make it 31-21. Manvel would miss a field goal from 39 yards out as the half ended.

The second half belonged to Manvel from the start. A big kickoff return set the Mavs at the Foster 25-yard line, where receiver Zion Johnkins scored on a double reverse play to put Manvel back up by 17.

Foster punted on its first drive of the second half, and a weak kick gave the Mavs great field position. Harris would score from 34 yards out four plays later to put Manvel up 45-21, and the rout was on.

Seymore would then score from 13 yards out on the next drive to make it 52-21, his second touchdown of the game. He had 114 yards rushing on nine carries.

Foster got a big drive by running back Anthony Prowell, ending with a 4-yard touchdown.

But Manvel didn’t let up. Running back Jordon Vaughn took his first carry of the game and went 58 yards for a touchdown. In the fourth quarter, he had a 33-yard touchdown run that wrapped up the scoring. Vaughn had 115 rushing yards on only four carries, all in the second half.

Foster’s passing game suffered the whole game, as Amy was 14-of-26 for 137 yards, a touchdown and three interceptions. Receiver Cody Jackson had seven catches for 68 yards, and Prowell had 87 yards rushing on 11 carries.

Despite the loss, Foster has already clinched a playoff spot in the 5A Division I playoffs. The Falcons will take next week off before facing area rival Travis on Friday afternoon, Nov. 27.

The Queen's Gambit: How a Netflix show is increasing the popularity of chess