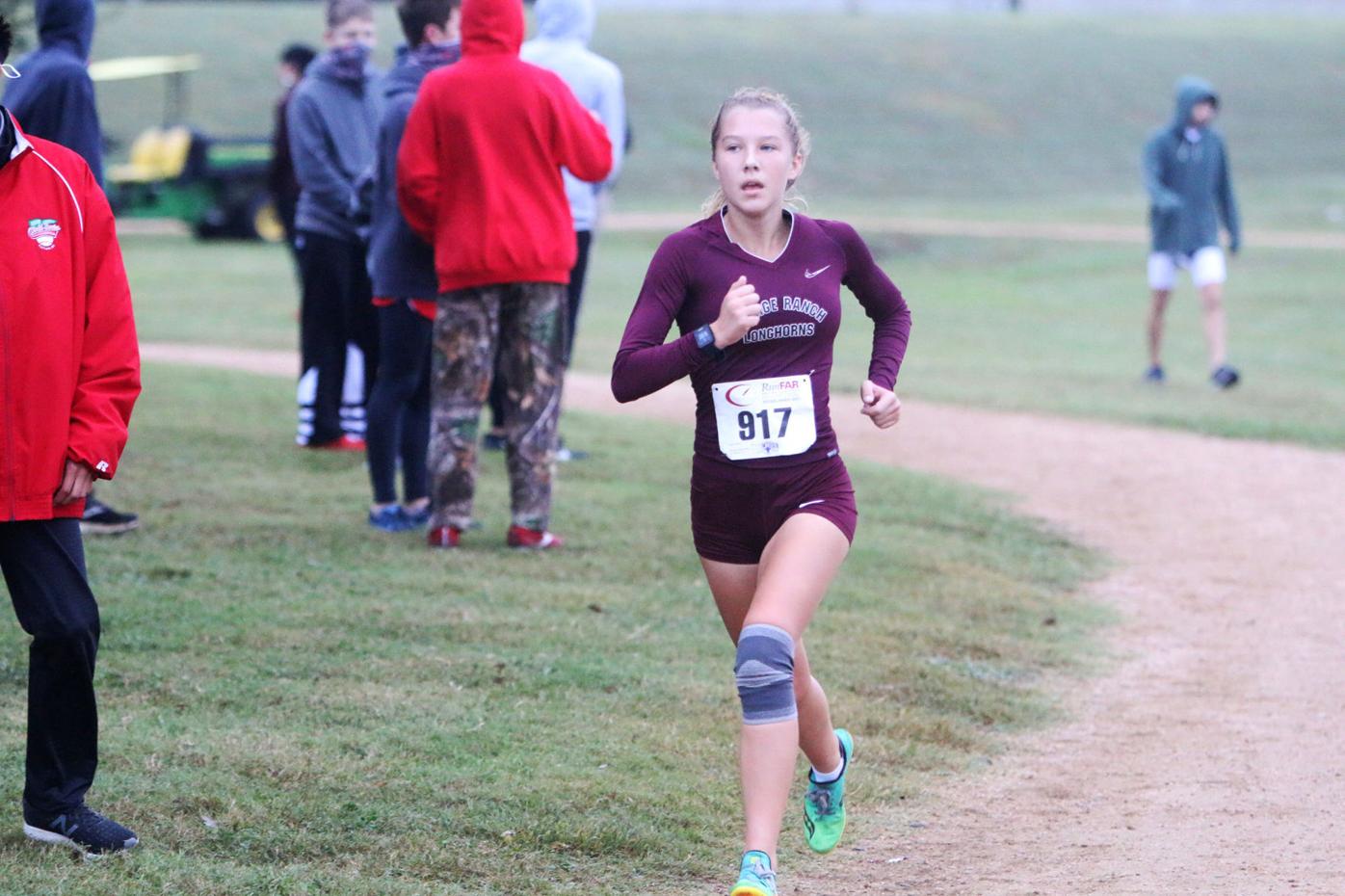 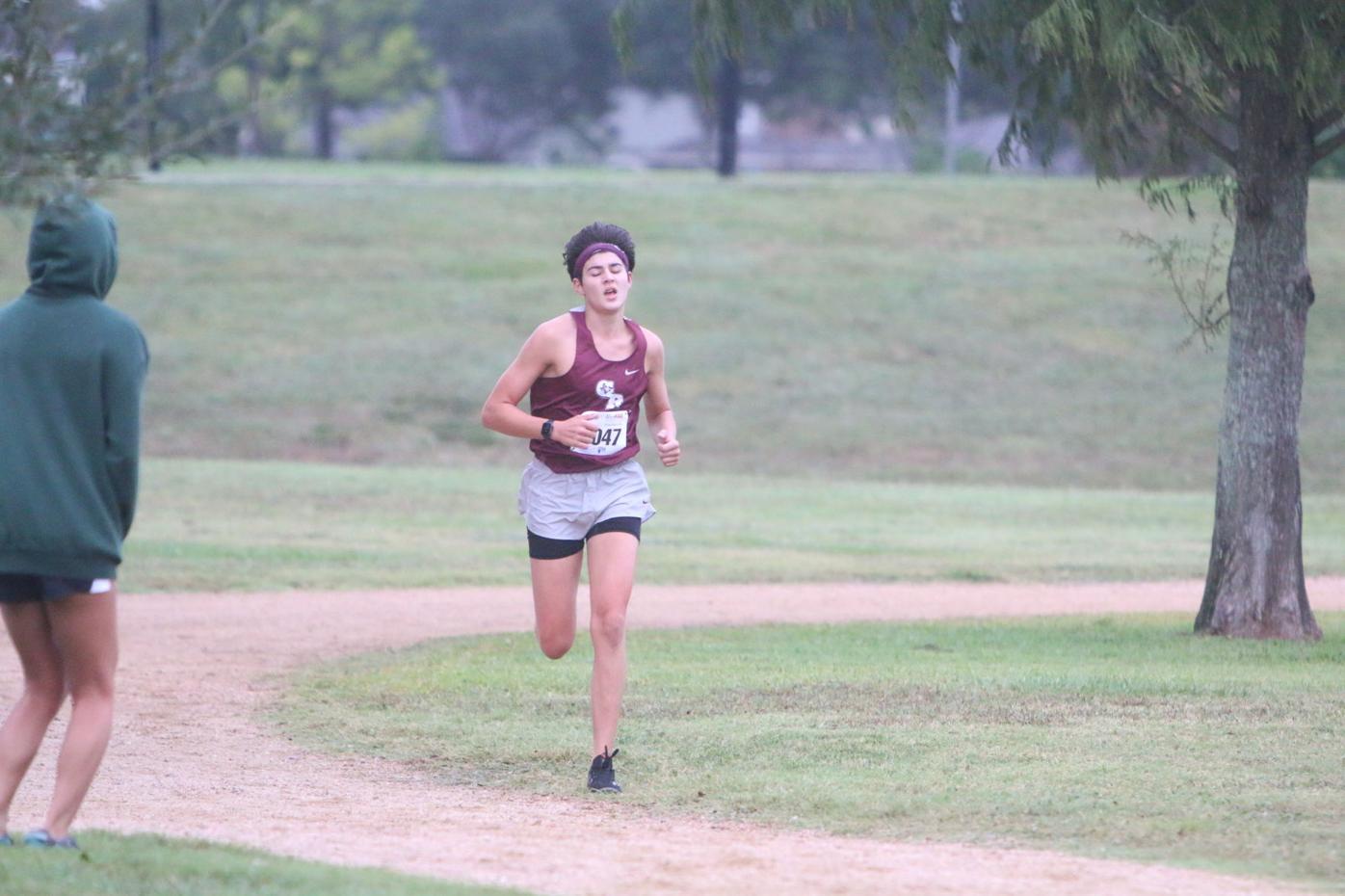 George Ranch’s Phoenix Tafoya runs to a top-15 finish in the boy’s District 20-6A cross country meet in Sugar Land.

George Ranch’s Phoenix Tafoya runs to a top-15 finish in the boy’s District 20-6A cross country meet in Sugar Land.

George Ranch had both of its boys and girls teams win the District 20-6A team championship as the Longhorns had five runners in the top 10 on the boy’s side and four in the top five on the girl’s side.

Ciaran Chambers of Elkins (16:10.1) and Travis senior Ian Price (16:32.2) finished third and fourth, respectively, and both qualified for the regional meet.

Travis head boy’s coach Wes Woodruff said that he was “pleasantly surprised” with Price’s time. “He has a lot of grit and gut and has matured in the last four years,” he said.

“They have been working their butts off every day and they have been dedicated with the COVID situation,” George Ranch boy’s coach Jamaal Robinson said. “They have been doing everything together and knew that they were going up against tough competition today. And they had their best ready at the right time.”

Elkins was the second team to qualify for regionals after placing three runners in the top 10. Ridge Point was third, followed by Austin, Travis, Clements, Dulles and Bush.

Travis had one more runner in the top 40 as junior Mason Sollenberger finished 34th at 19:44.0.

The George Ranch girls also performed well at the district meet despite having plenty of youth. Freshman Hayley Moffett led the way for the Longhorns with a second-place finish with time of 19:38.7. Junior Haley Harkrider was behind her teammate with a 19:49.1 for third, while sophomore Madison Haldiman was fourth (19:57.0) and sophomore Ava Curtis was fifth (20:07.4).

“Excited is an understatement,” George Ranch girl’s coach Alicia Dutch said. “I think any coach is going to have the type of glee that finished first to fifth. We had a season where our girls finished healthy, so it’s a big blessing to have that.”

Eleni Kaiser of Clements won the race and the 20-6A individual title with a time of 19:32.6. Austin’s Maggie Lowry earned the second individual invite to regionals with her seventh-place finish (20:26.4).

Ridge Point finished second and will also advance to regionals as a team, while Clements finished in third place. Austin, Bush, Dulles and Elkins round up the top seven.

The 6A Region III meet will take place on Tuesday, Nov. 10 at Kate Barr-Ross Park in Huntsville.