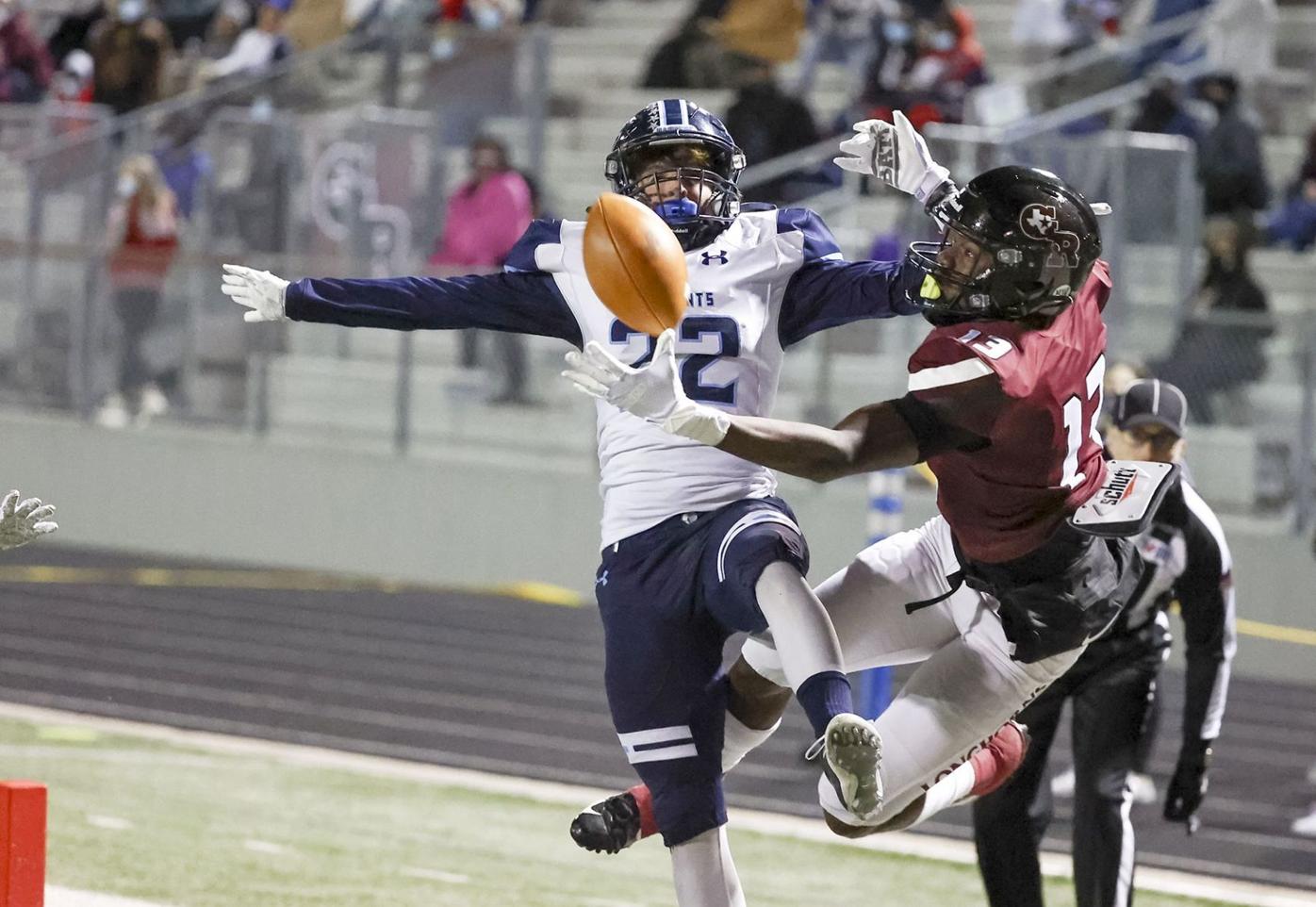 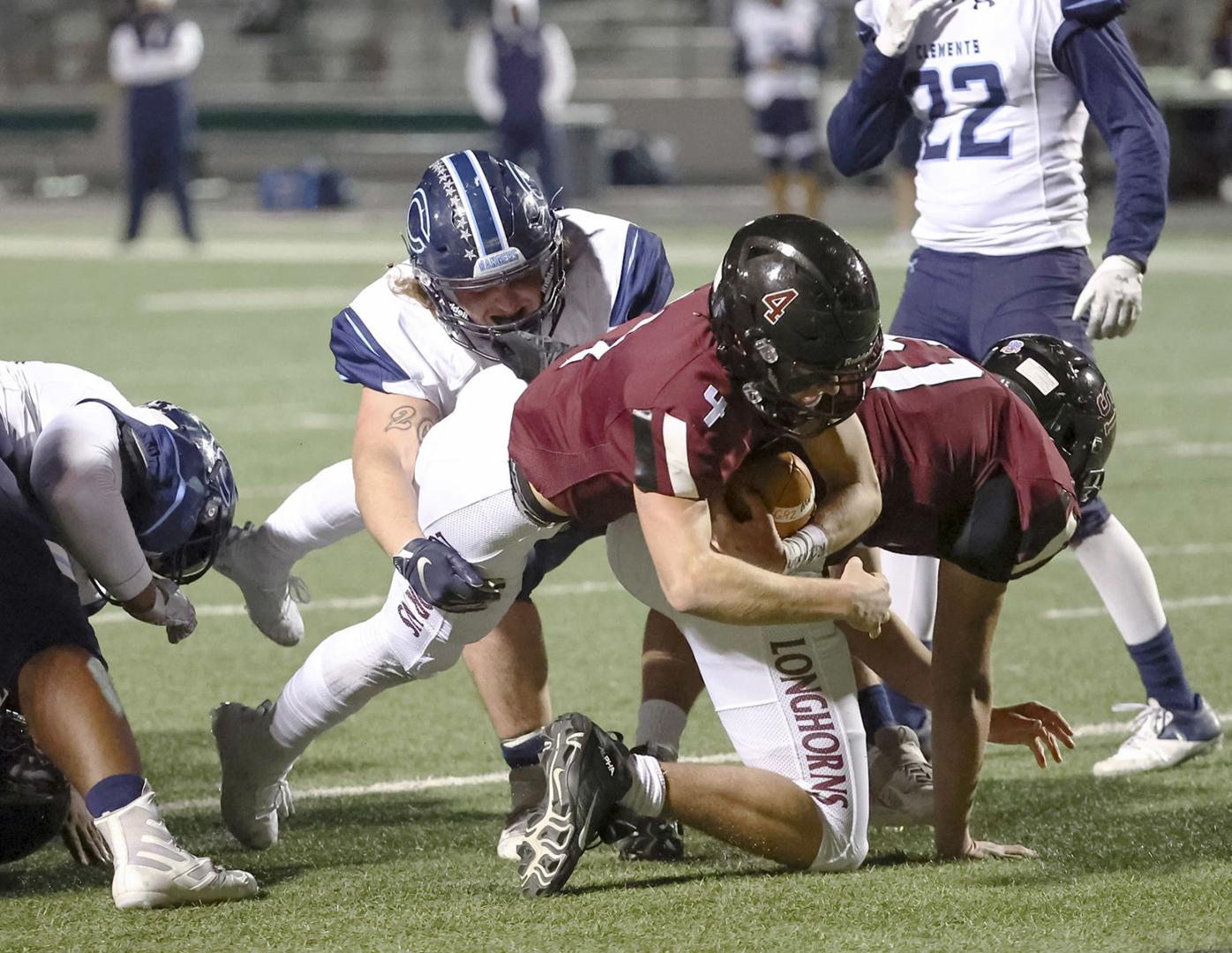 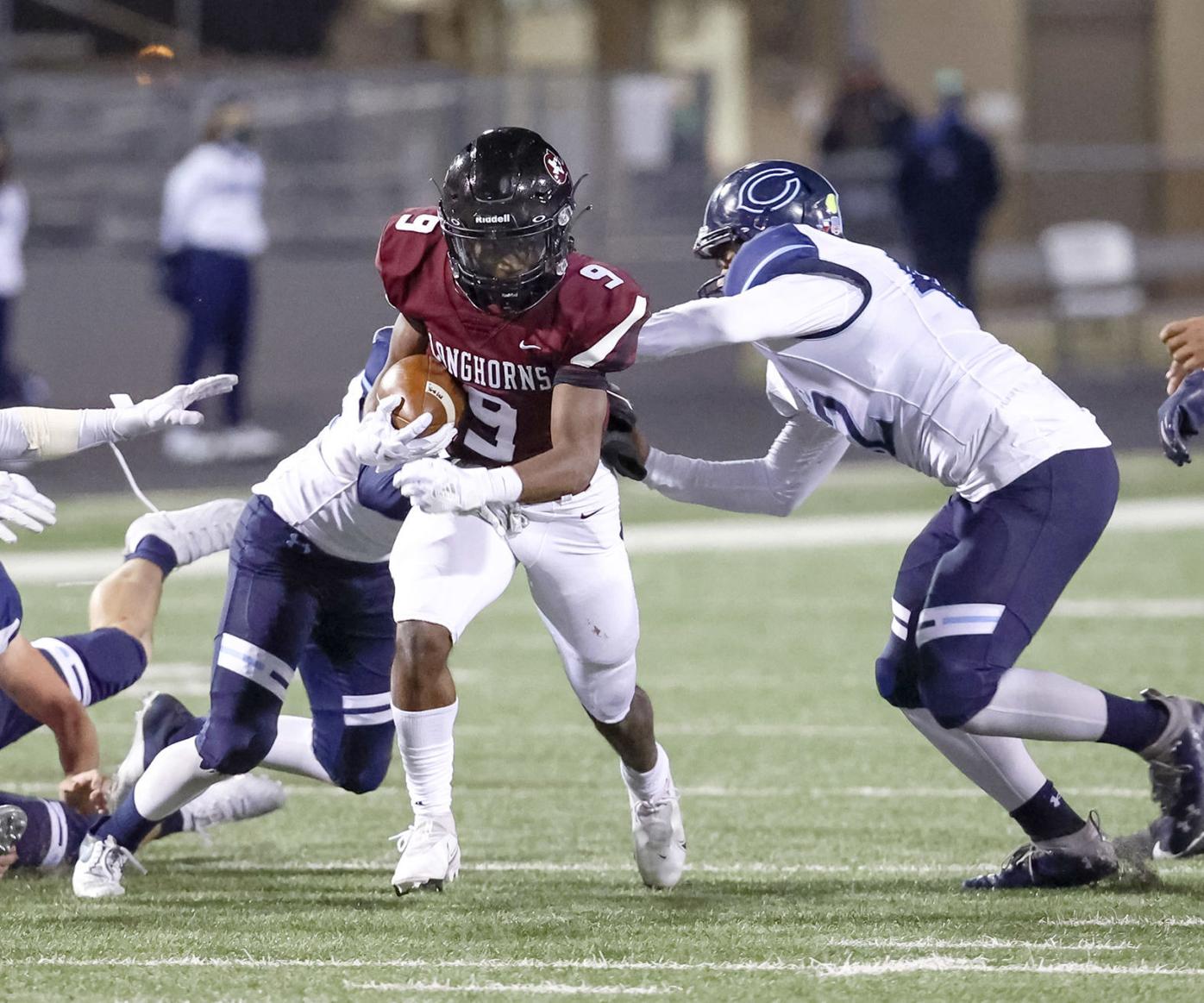 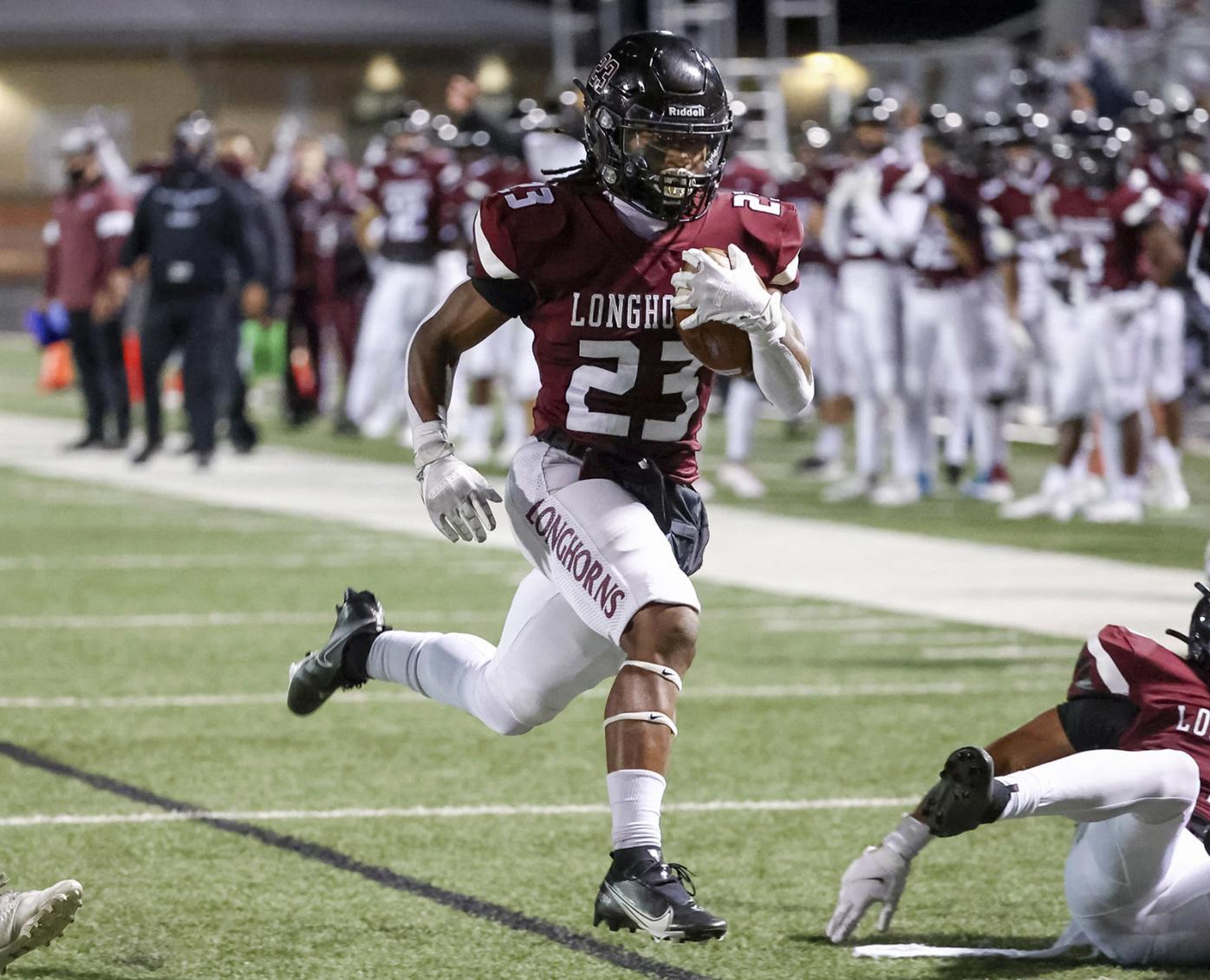 After two weeks off and a reshuffling of its schedule, the George Ranch football team got back on the field and looked like a team that has gelled together offensively and defensively.

The Longhorns got a strong offensive attack while the defense had four interceptions in a 31-3 win over Clements on Thursday night at Traylor Stadium. George Ranch also had two blocked punts and held the Rangers to only 161 yards of offense to get its first District 20-6A win.

“We had an 18-day delay so we knew that there would be hiccups,” George Ranch head coach Nick Cavallo said. “We just talked about focusing on us and limiting mistakes and (paying) attention to detail.

After both teams traded interceptions in the first quarter, George Ranch got on the board first with a 29-yard field goal by junior kicker Edwin Avalos with three seconds left in the quarter.

The Longhorns then added two touchdowns in the second half, as George Ranch went on an 11-play, 73-yard drive, powered by a 25-yard run by junior running back Hymond Drinkard. The drive ended on a one-yard plunge by senior quarterback Sam Miller to increase the lead to 10-0.

Clements (2-3, 0-2) responded with a 57-yard run by junior running back Dimas Kusuma to the Longhorn three-yard line, which set up a 23-yard field goal by Lyle Link to put the Rangers on the board.

But with under a minute left in the first half, George Ranch got a big play before halftime, as Miller connected with senior wide receiver Javon Gipson for a 32-yard touchdown to put the Longhorns up 17-3 at the break.

Miller was 9-for-24 for 114 yards with a touchdown and interception. Gipson caught six passes for 76 yards.

“We have been working with our skill players to work together on timing and chemistry, and it’s starting to come along,” Cavallo said. “There’s still so much more to scratch the surface and play strong for back-to-back weeks.”

George Ranch (2-2, 1-0) opened the second quarter with another effective drive, as senior running back Kenneth White pounded for runs of six and 11 yards before bursting out on the left side for a 19-yard touchdown run to increase the lead to 21.

Drinkard led the Longhorns with 82 yards on 14 carries, while White ran for 53 yards on six carries.

Junior defensive back Coy Cook had two interceptions, while the Longhorns special teams got one blocked punt and recovered a fumbled punt.

That fumbled punt led to a 28-yard touchdown run by senior running back Davion Jenkins early in the fourth quarter to give him 56 rushing yards on six carries.

The win should give the Longhorns some momentum as they continue with their zone play in 20-6A with a crucial game against Ridge Point on Friday at Mercer Stadium in Sugar Land.