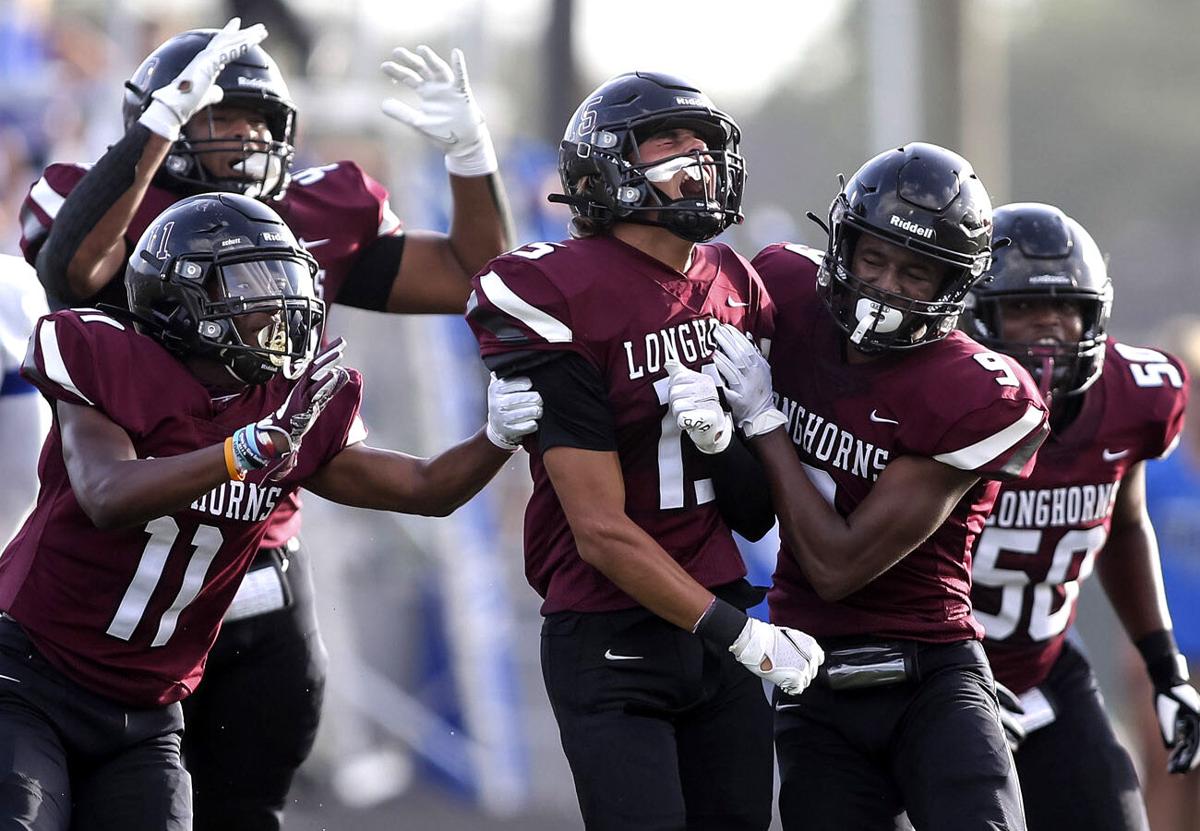 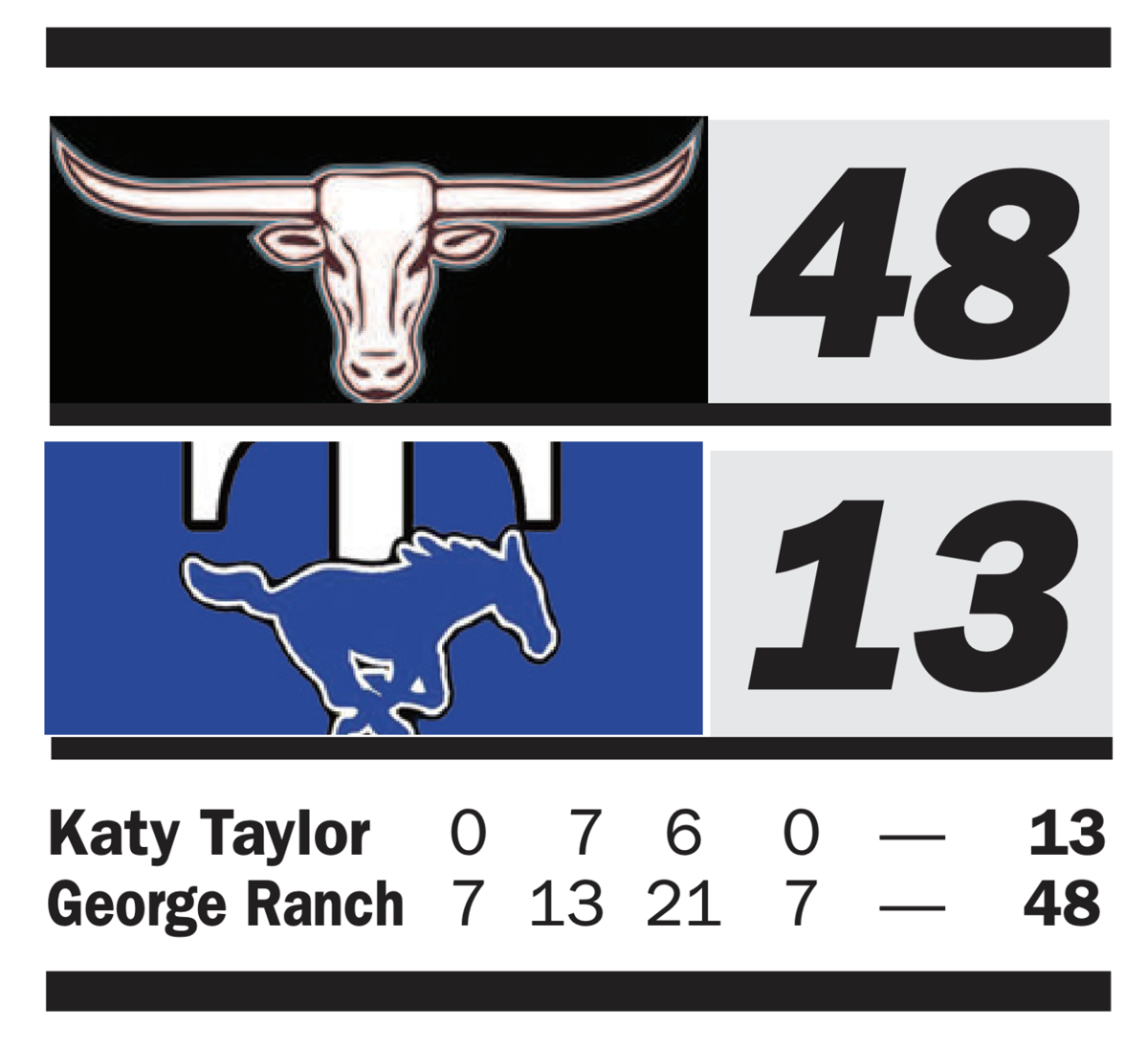 Saturday’s game at Traylor Stadium was all turnovers and touchdowns.

Almost all of them went in favor of George Ranch. The Longhorns dominated Katy Taylor 48-13 to improve to 2-0 in the 2021 season.

“Tonight, the offense was rolling,” George Ranch headache Nick Cavallo said. “We picked it up on defense today. Our goal this week was to create turnovers; last week, we had zero takeaways.

“We really wanted to get after it and give opportunities for our offense, and we did that tonight. There was great energy tonight. The Ranch Rowdies (student section) were with us all night. The fans and parents were great.

The Longhorns set the tone with their opening drive. George Ranch methodically marched down the field in 14 plays, covering 80 yards and eating up over seven minutes of the first quarter. 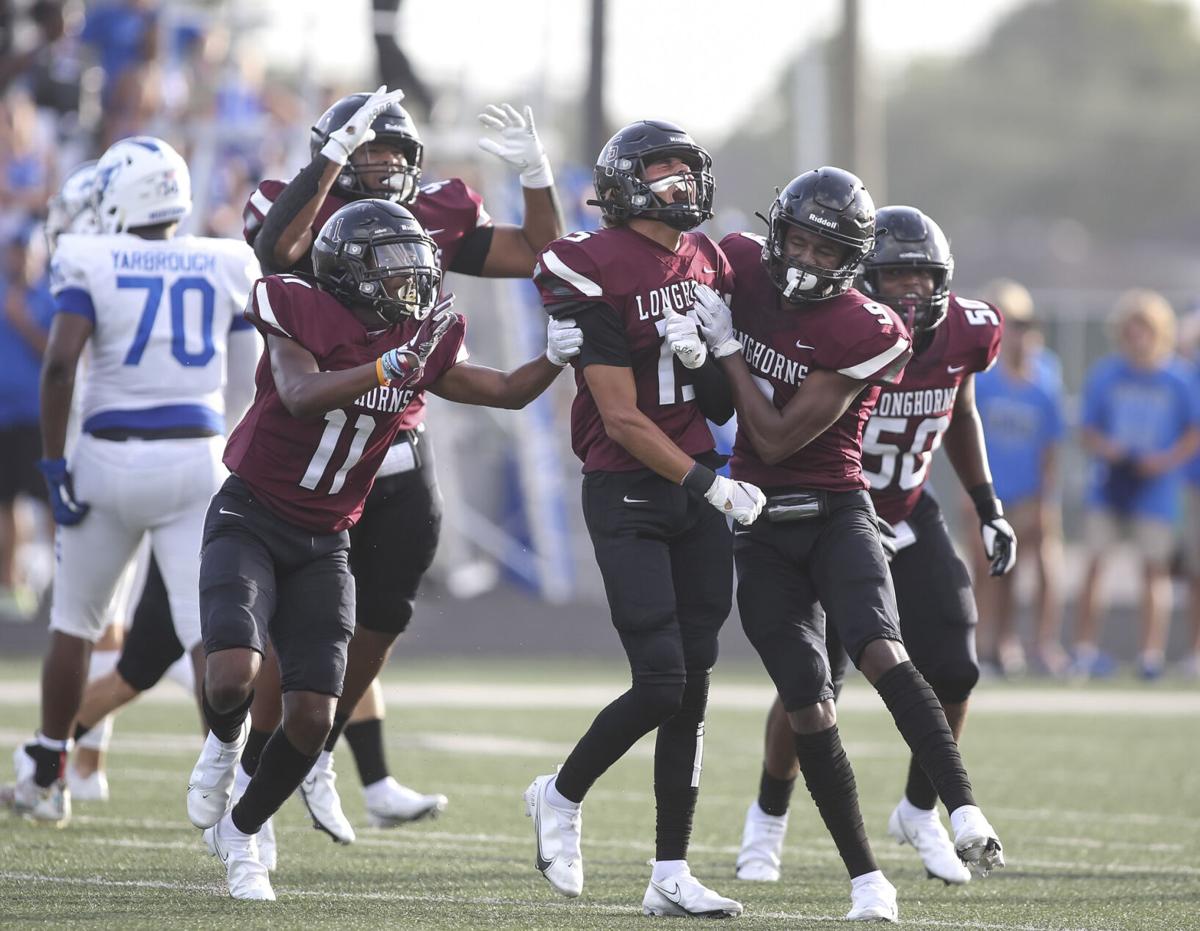 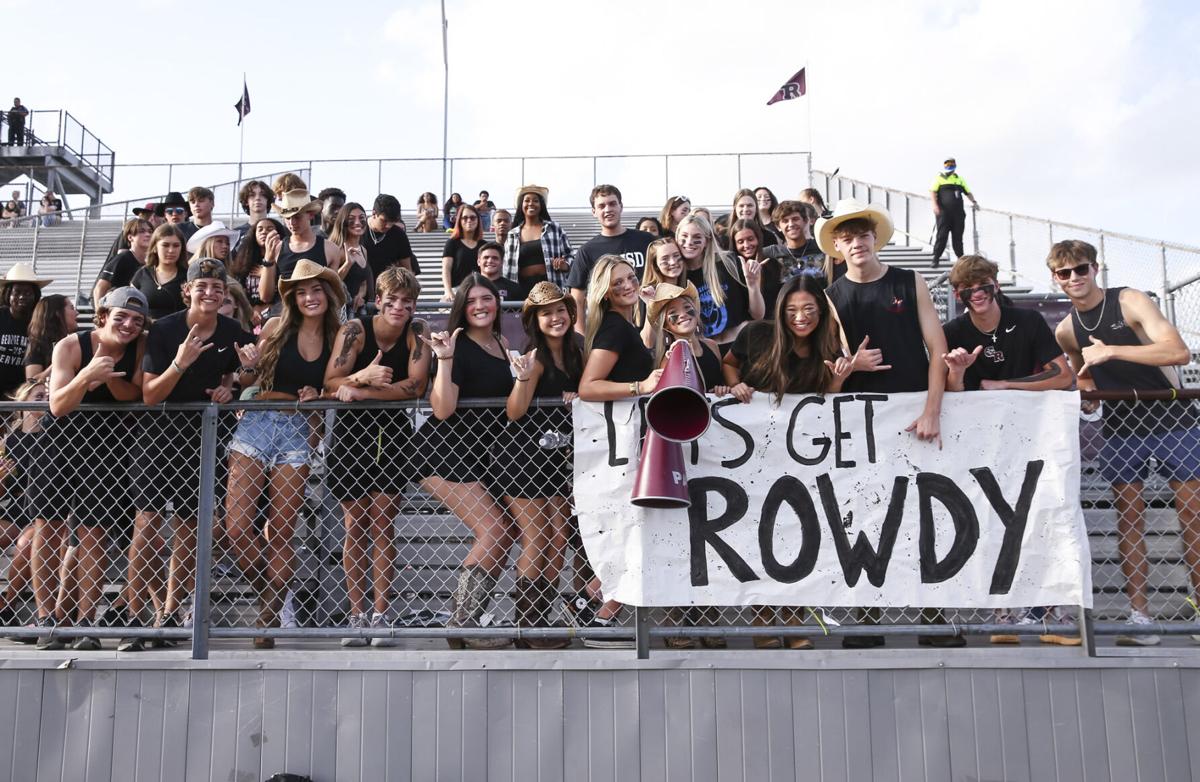 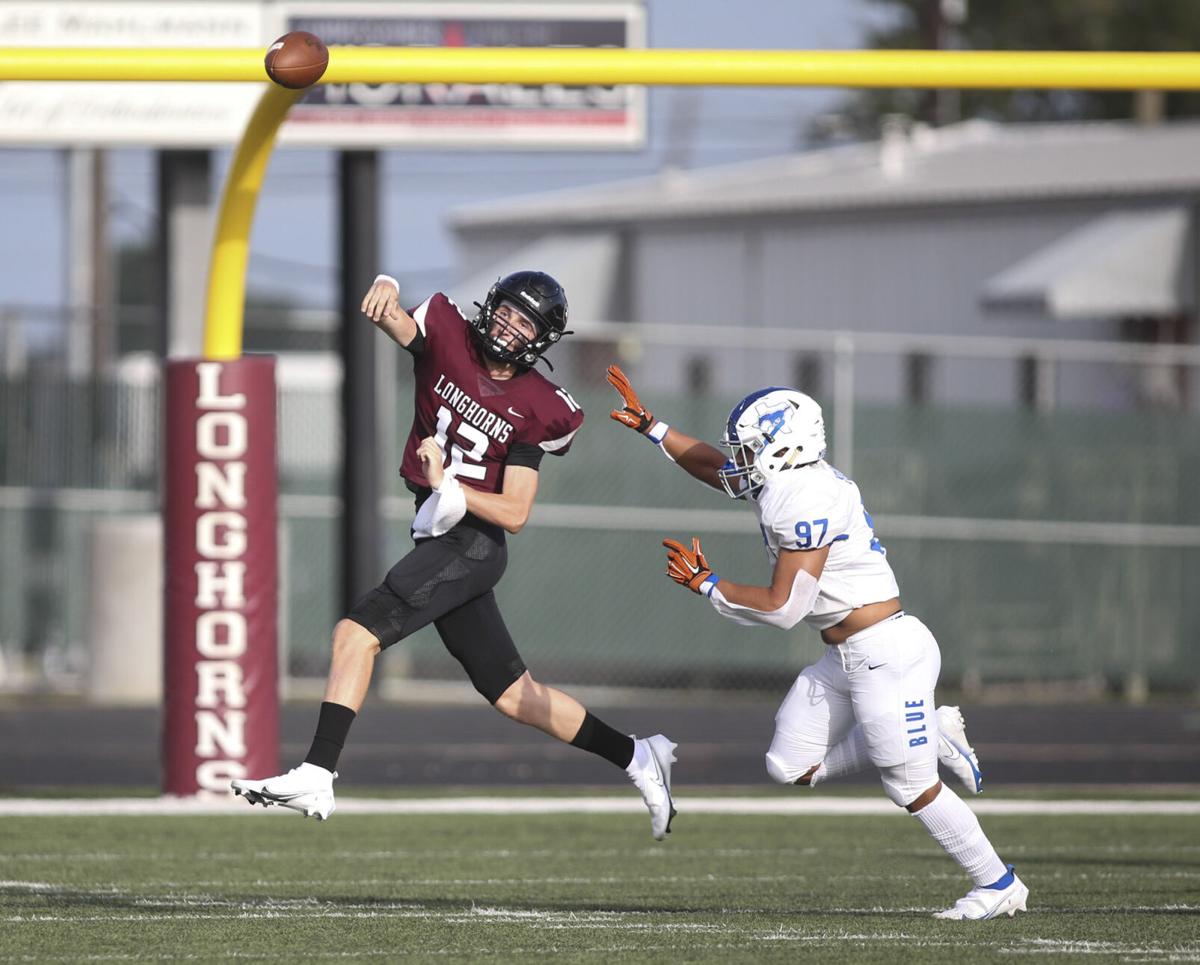 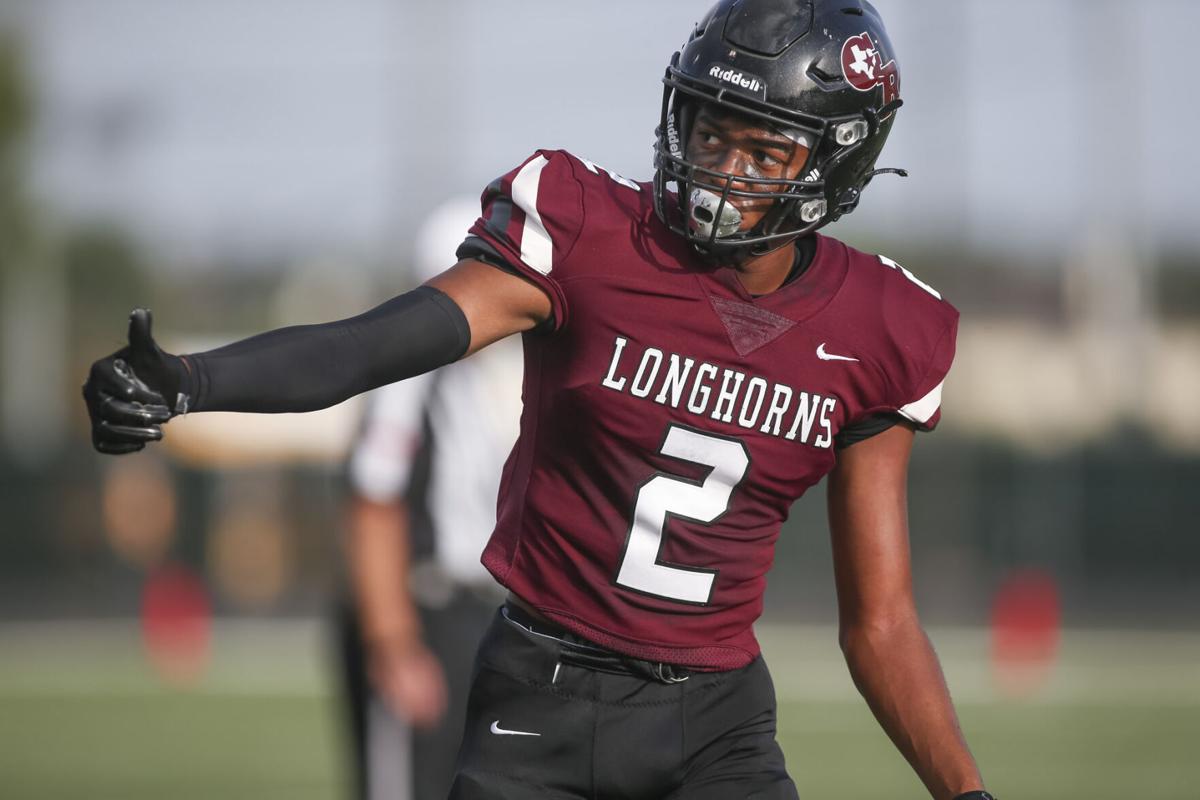 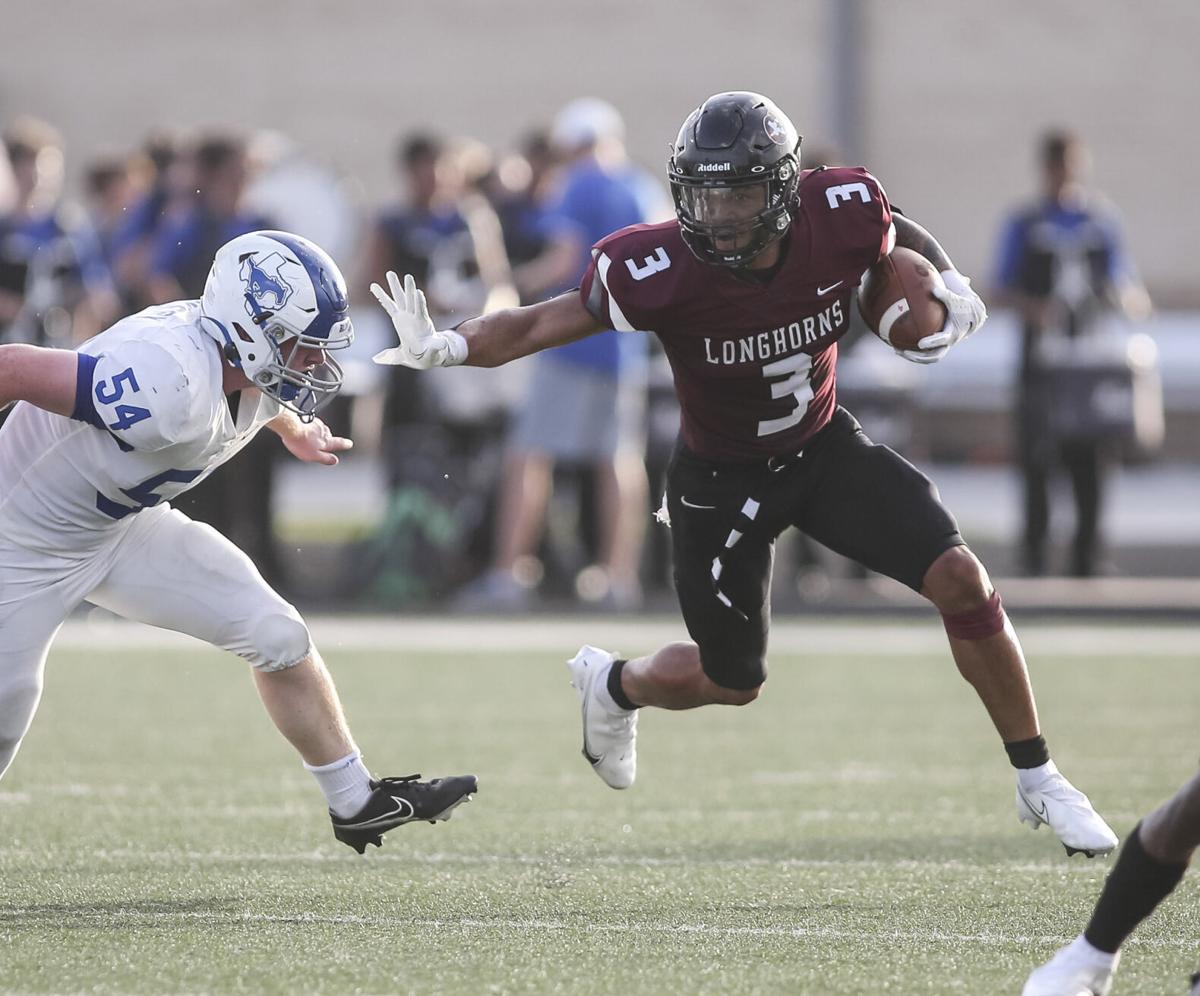 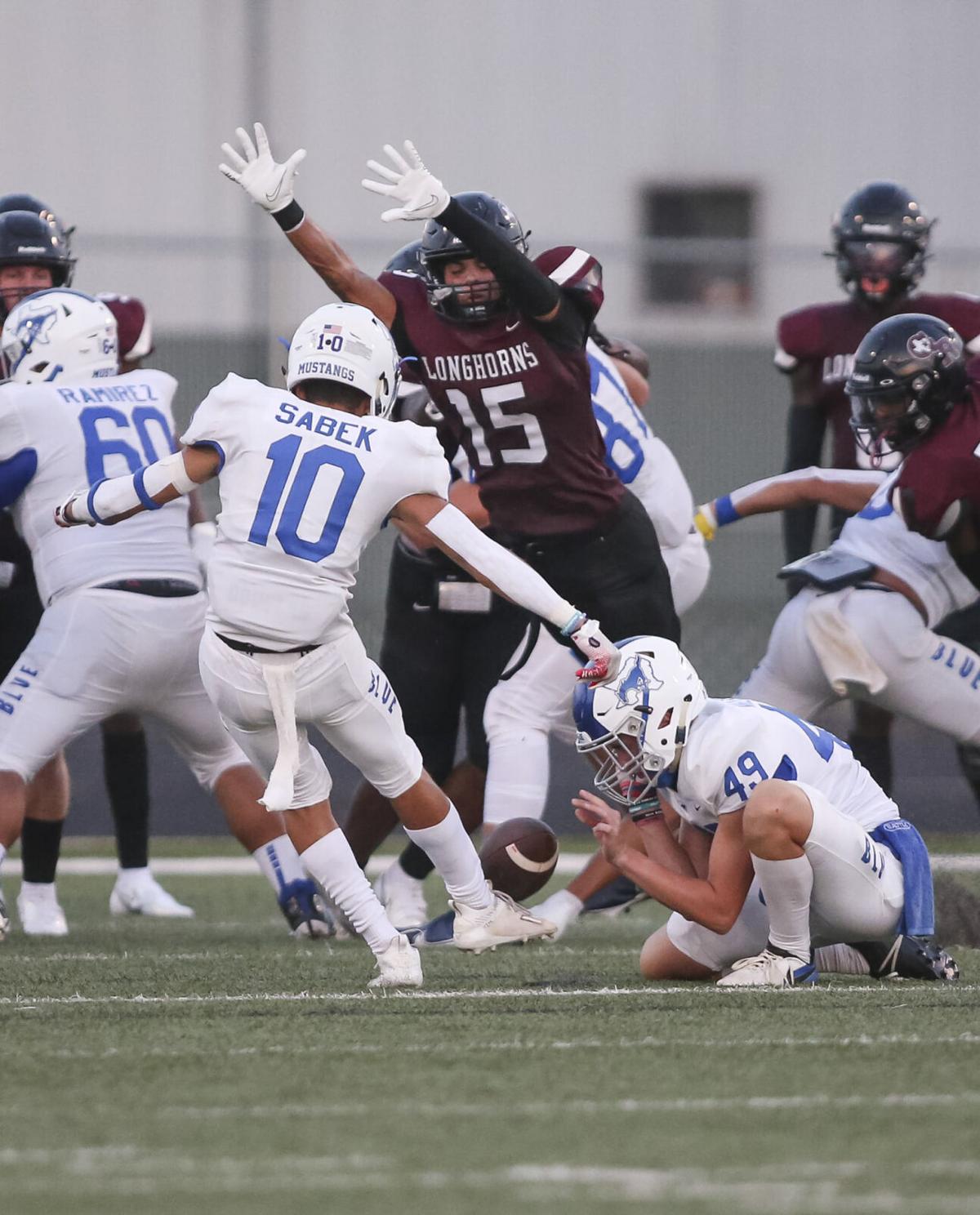 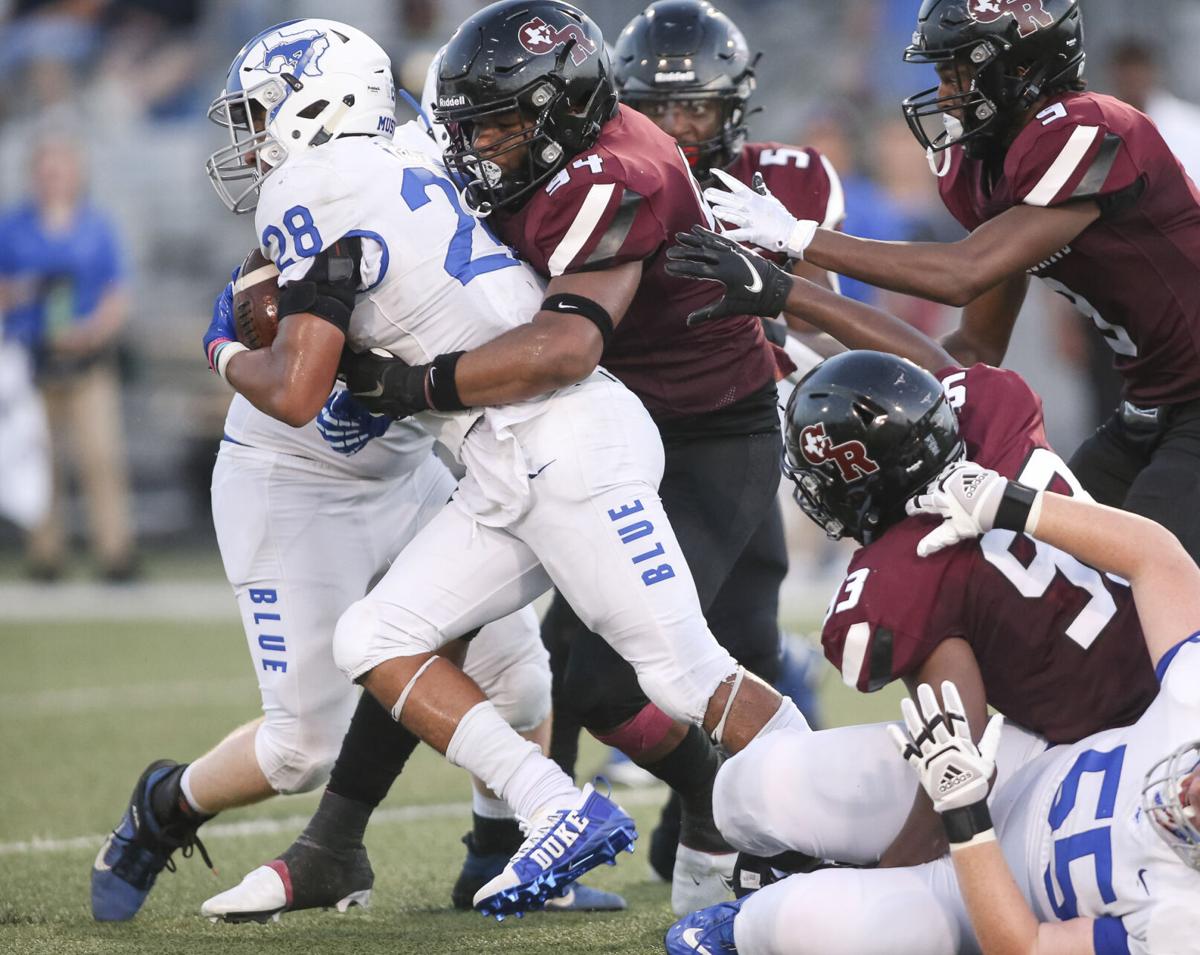 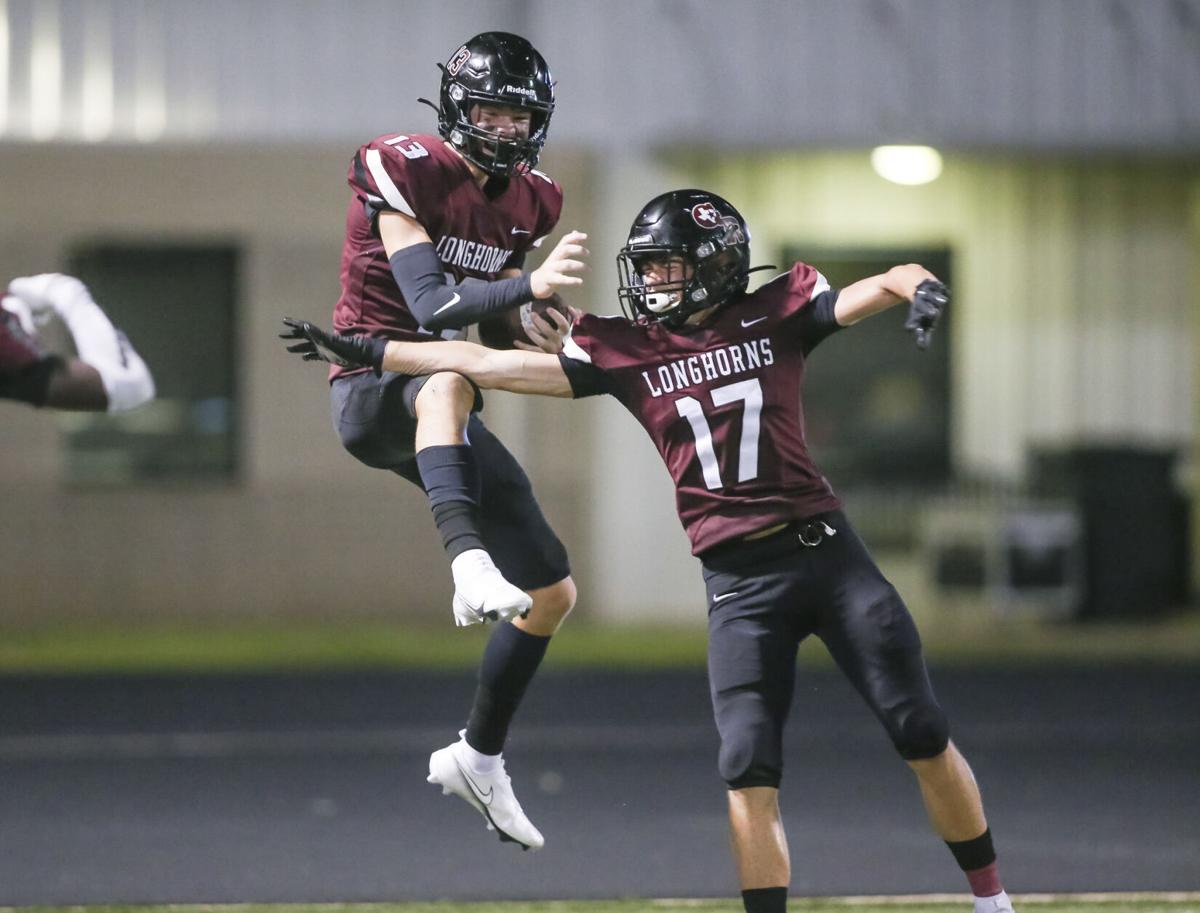 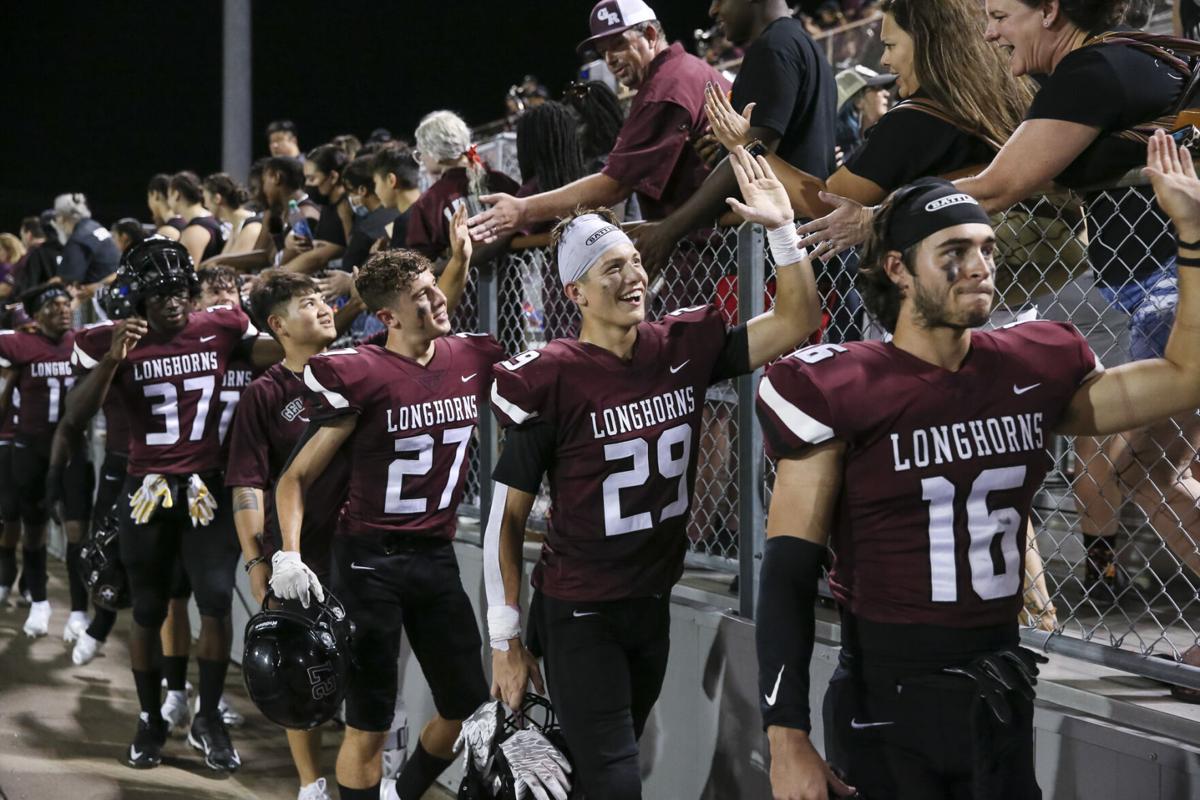 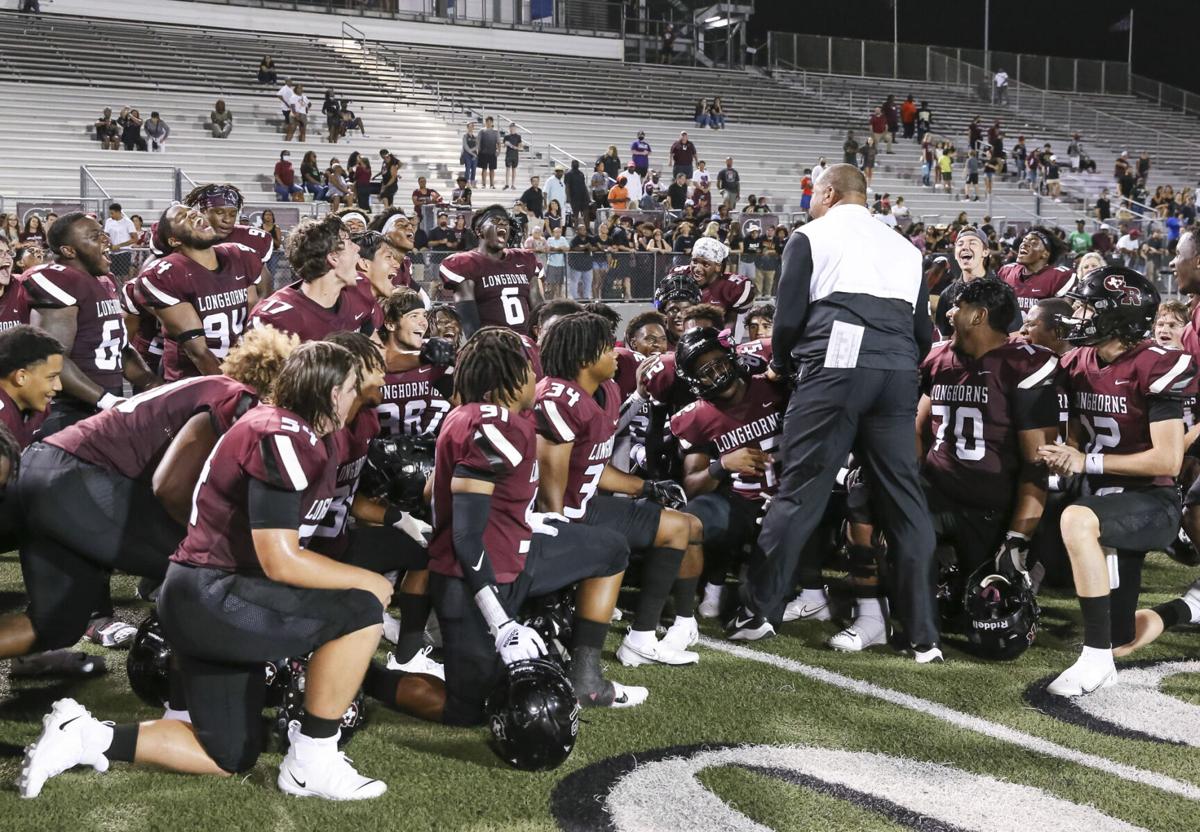 George Ranch improves to 2-0 with win over Taylor

Senior receiver Joseph Wilson had the most significant play before the touchdown, snagging a 28-yard reception to put the Longhorns inside the Taylor 10-yard line.

Senior running Hymond Drinkard did the rest, scored his first touchdown from four yards out with 4:47 remaining in the first quarter.

George Ranch was quickly in striking distance again before the end of the first quarter.

Drinkard scored his second touchdown 36 seconds into the second quarter from five yards out. The Longhorns led 14-0 when the Maroon defenders earned their first turnover.

Senior safety Coy Cook was in the right spot to knock out the ball loose from the Taylor running back, and Kennard McGuire Jr. jumped on it. George Ranch’s drive stalled, but Taylor gave the ball right back to the Longhorns.

A pass wide by Taylor quarterback Joe Jefferson was behind the line of scrimmage, and it was a live ball scooped up by Garrison Backers for a 26-yard return for a touchdown.

Taylor tightened the score up with a quarterback change.

Jackson Ingram, scoring one touchdown in the final two minutes of the first half and another a little over minute into the third quarter.

The Mustangs trailed only 20-13 with 10:54 left in the third quarter. But it was all Longhorns from there. Senior Jeffrey Ugochukwu blocked a Taylor punt, and the ball was downed inside the fiveline. Drinkard wasted no time and scored from two yards out with 7:55 remaining in the third quarter.

Stephen Odusola-Stephen stepped in front of a Taylor pass to give the Longhorns the ball right back. Drinkard scored again; he raced into the end zone from 29 yards out. George Ranch continued to pour it on. The team’s lone passing touchdown came with 24 seconds remaining in the third quarter.

Senior quarterback Cole Murphy found a wide-open Wilson for a three-yard score on a quick out-route.

The George Ranch second offensive unit was equally successful against Taylor. Running backs Jaden Shelton and Emanuel Bakare scampered for long runs, including a 24-yard run by Bakare to score on the first play of the fourth quarter.

The Longhorns’ defense and special teams secured their fifth and sixth turnovers of the night in the fourth quarter. Linebacker Connor Tallas recovered a fumble, and Gregor Jones caught a muffed punt on the fly. The Longhorns accounted for 400 yards of offense in the victory to the Mustangs’ 175 yards. Murphy completed 15-of-24 for 109 yards and a touchdown. Drinkard carried the ball for 167 yards and four touchdowns, adding two catches for two yards.

“It’s huge to have a running back that doesn’t go down after the first hit, and he’s able to fall forward for positive yards,” Cavallo said. “There were multiple times where he made two or three unblocked guys miss to pick up the first down.

“When you don’t have to account for all 11 guys, and your back can account for two or three, like Hymond, then you have a great chance to be successful.” Shelton added 72 yards on nine carries.

Wilson and Kyle Kiser combined for 11 catches for 90 yards. Michael Whitaker III was the majority of Taylor’s offense, accounting for 98 total yards. George Ranch (2-0) will play Pearland Dawson at Pearland ISD Stadium Saturday in Week 3, while Katy Taylor (1-1) will play Cy-Fair on the road this Saturday