George Ranch senior quarterback Cole Murphy and the Longhorns offense were firing on all cylinders in Week 1 against Houston Lamar Saturday at Traylor Stadium in Rosenberg.

The Longhorns scored on six of their first eight drives en route to a 38-33 victory. 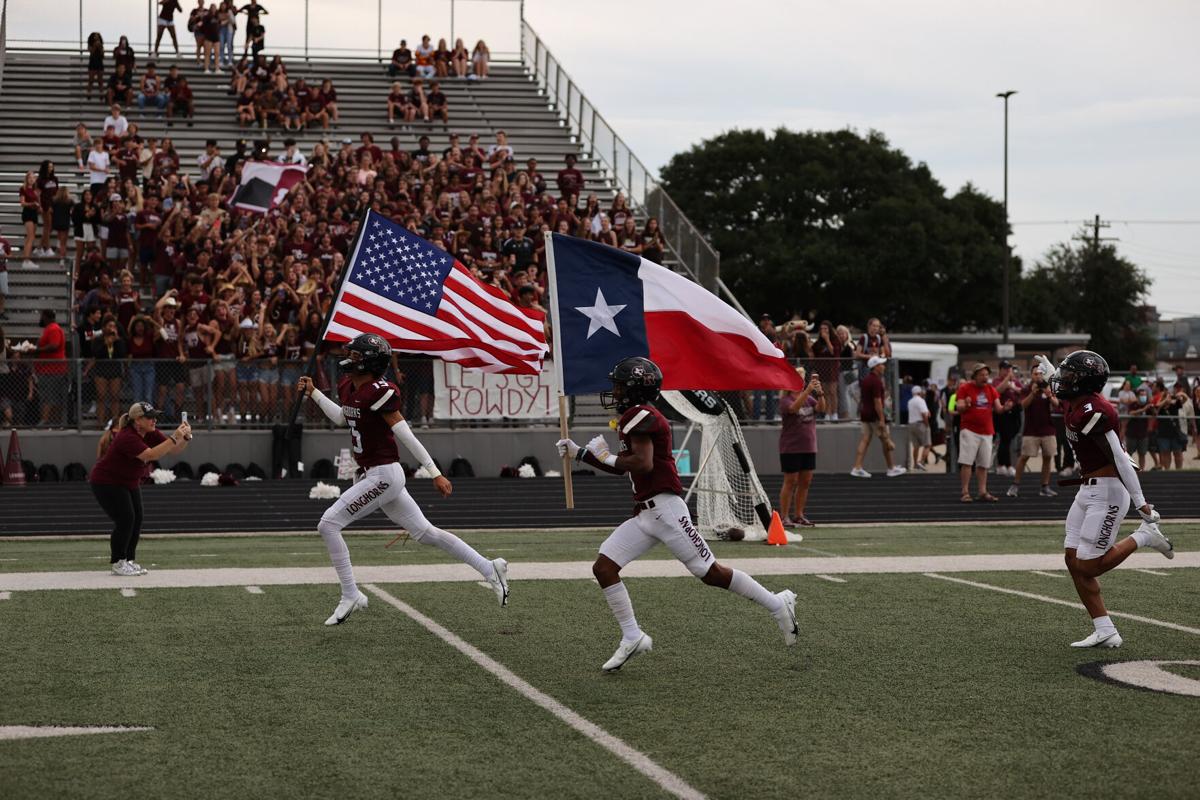 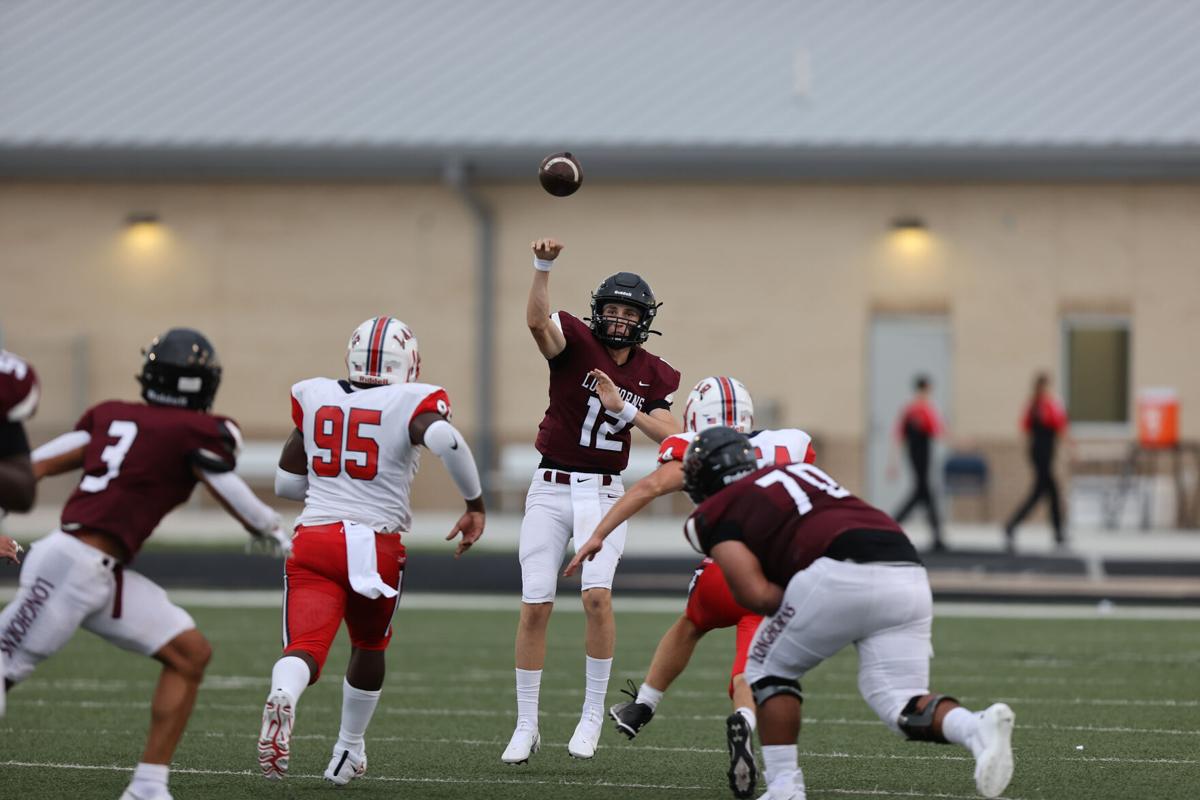 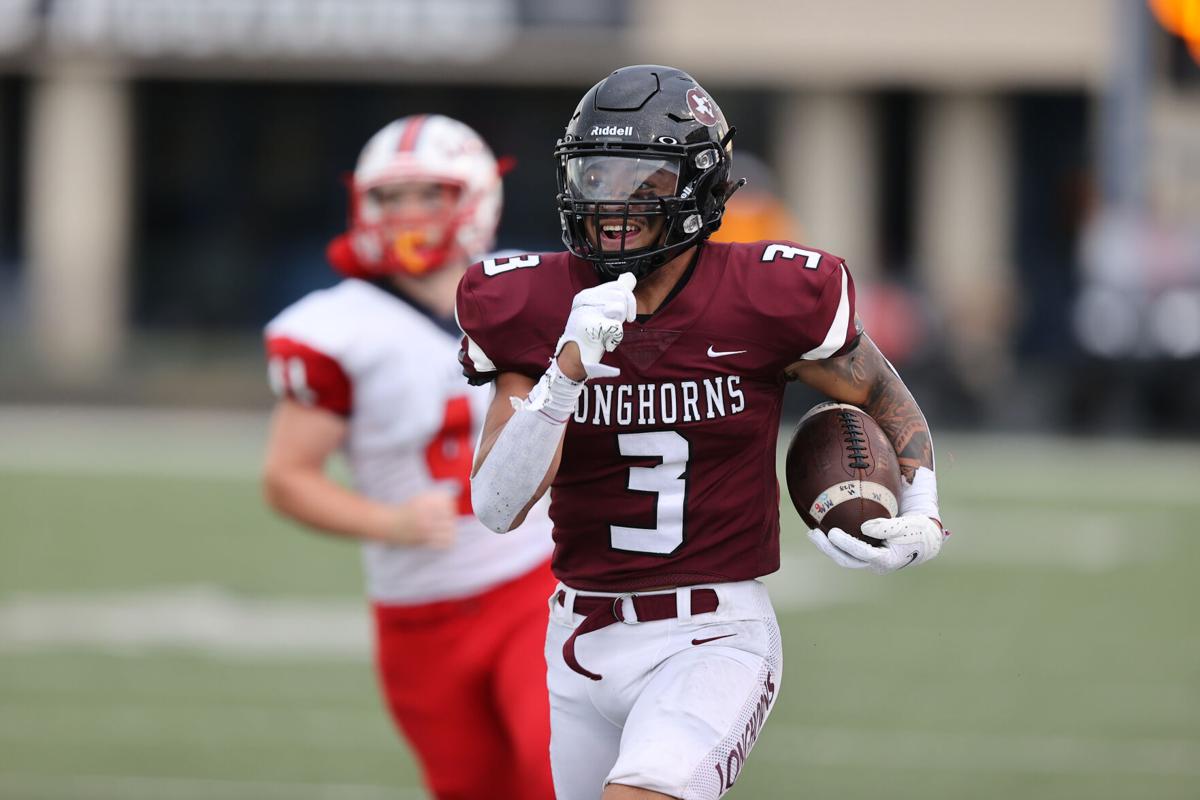 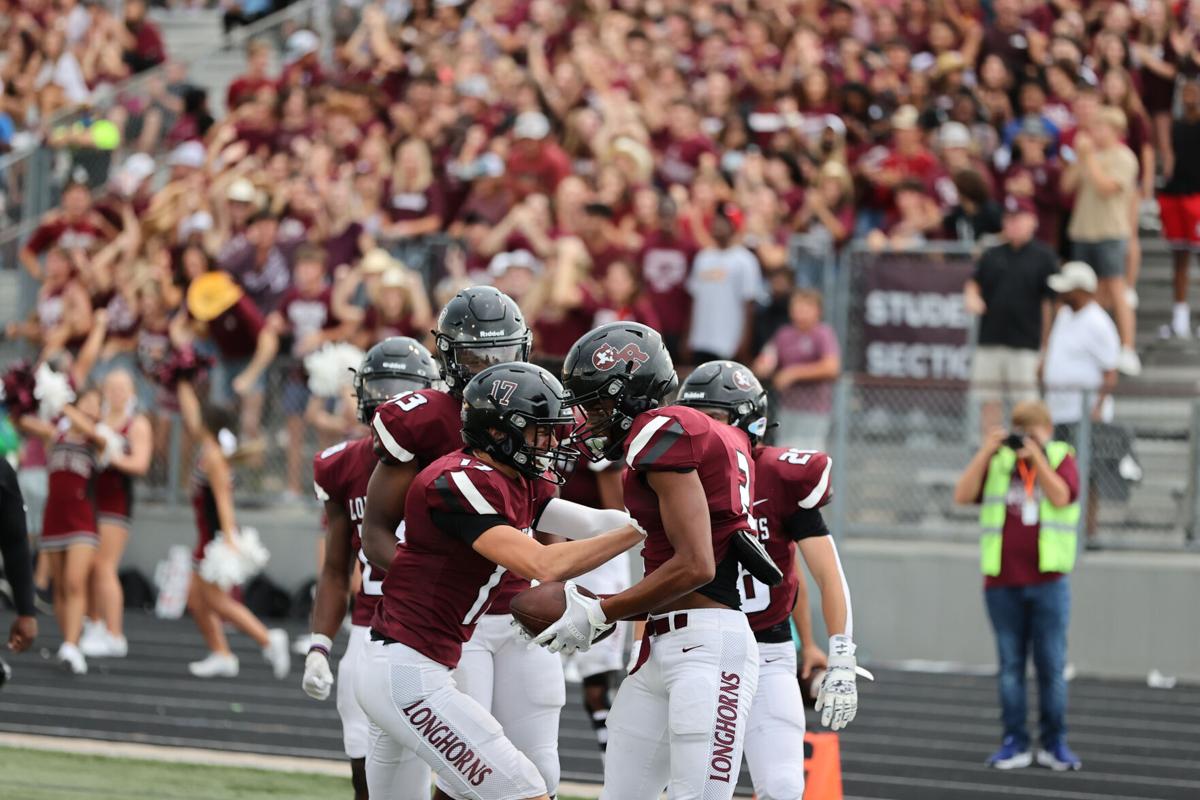 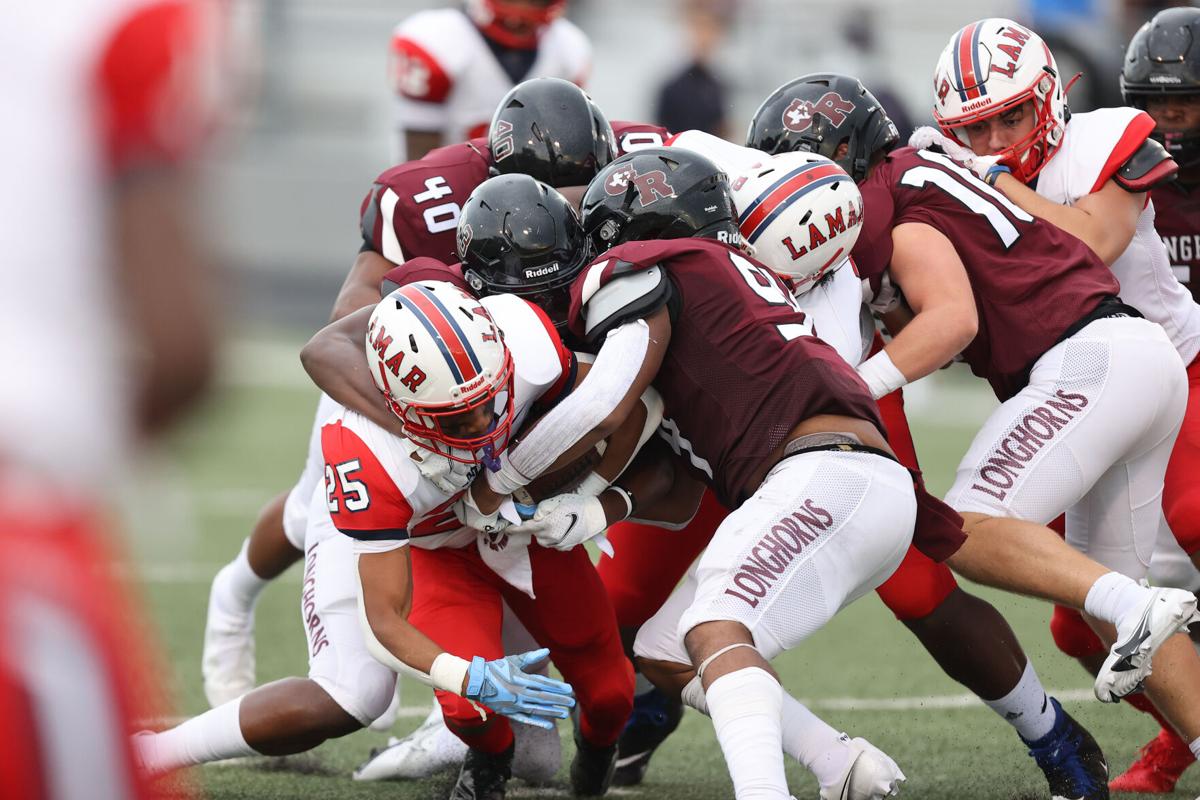 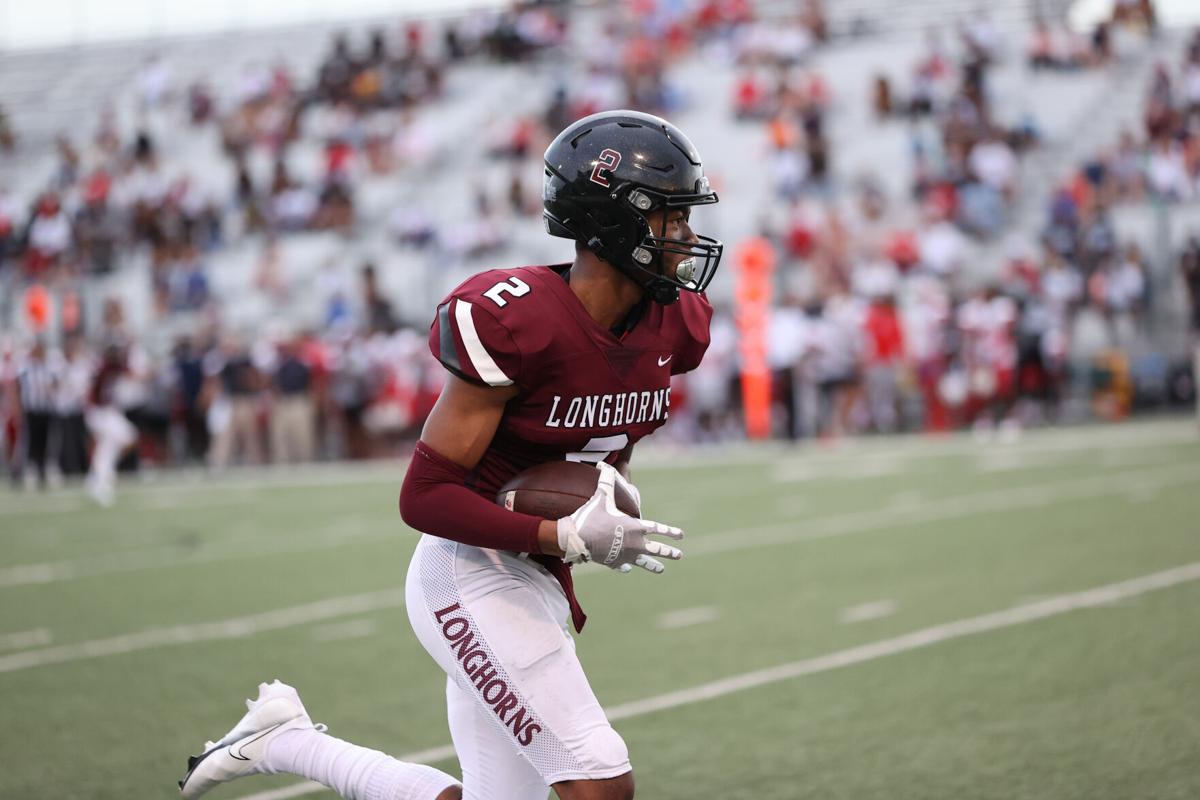 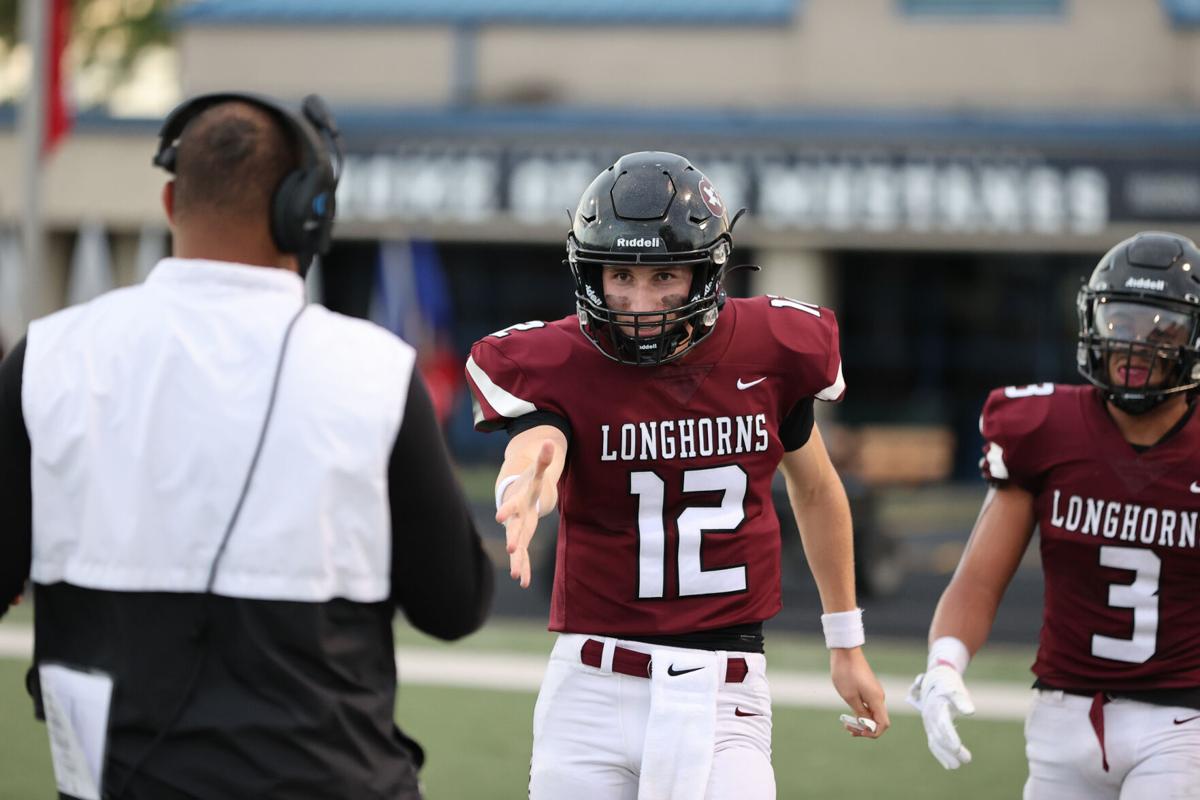 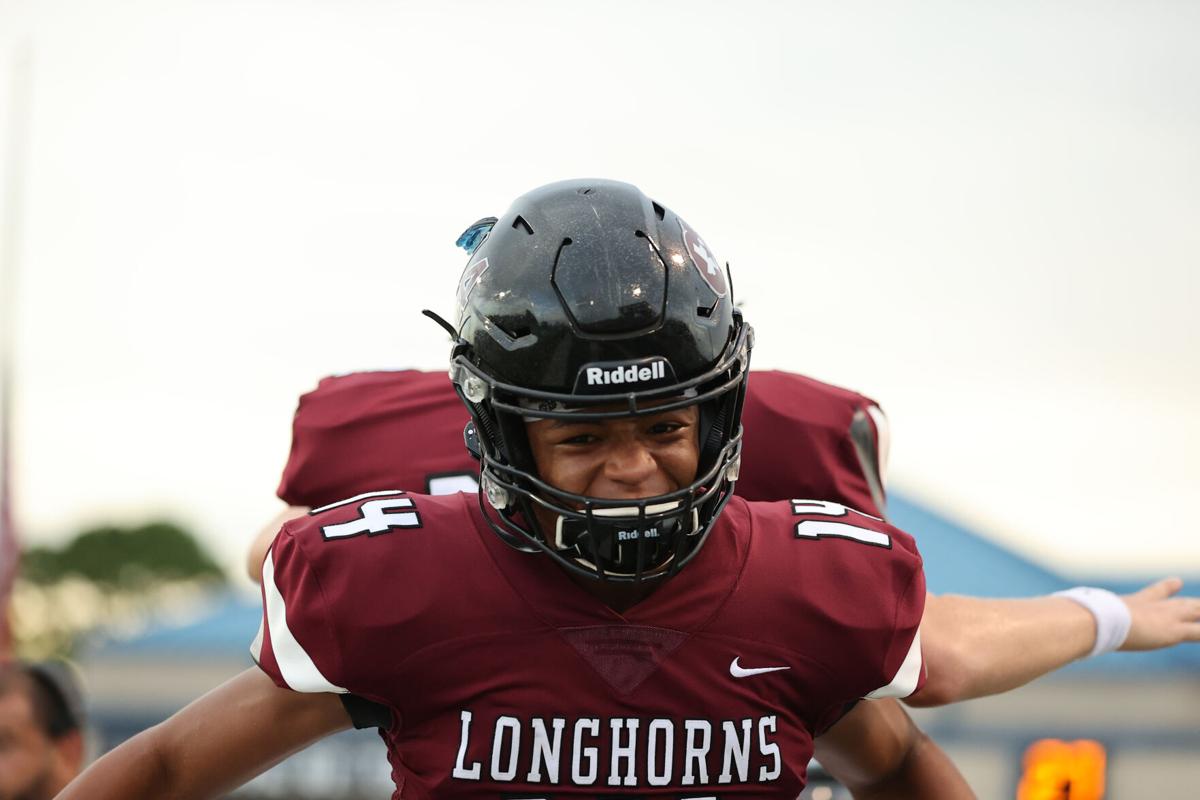 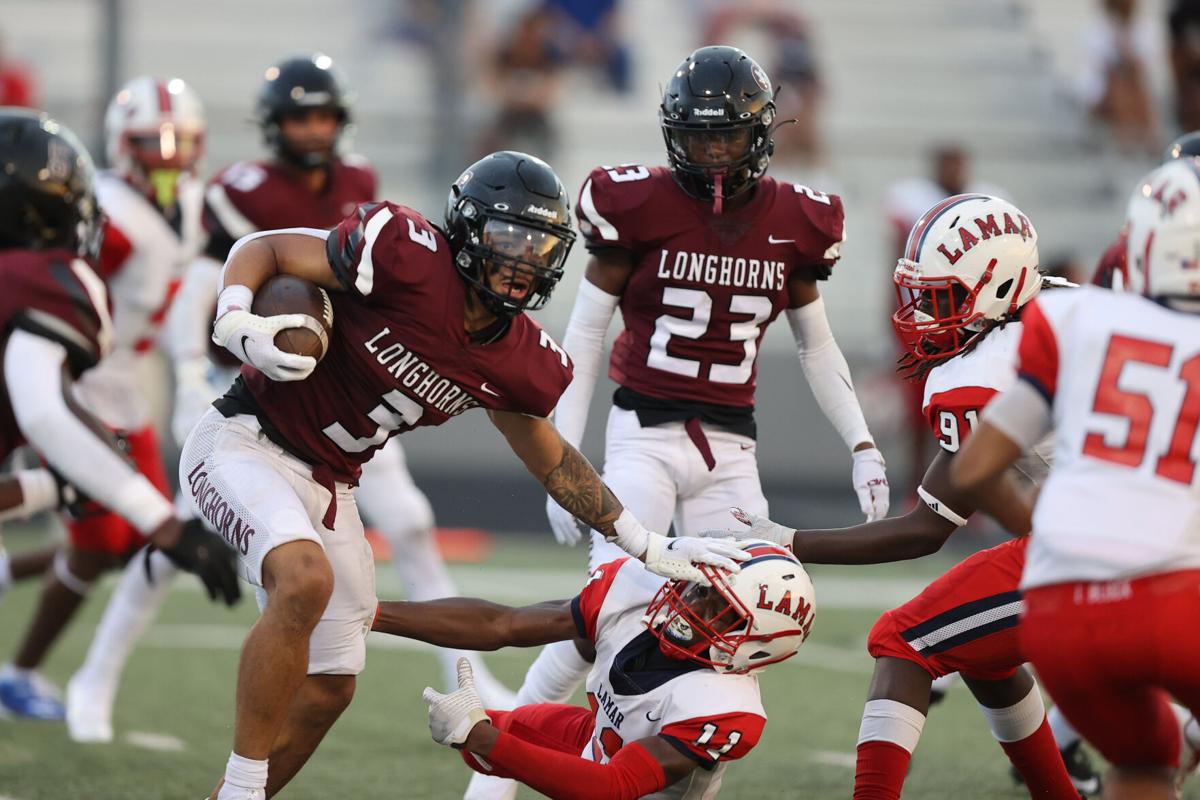 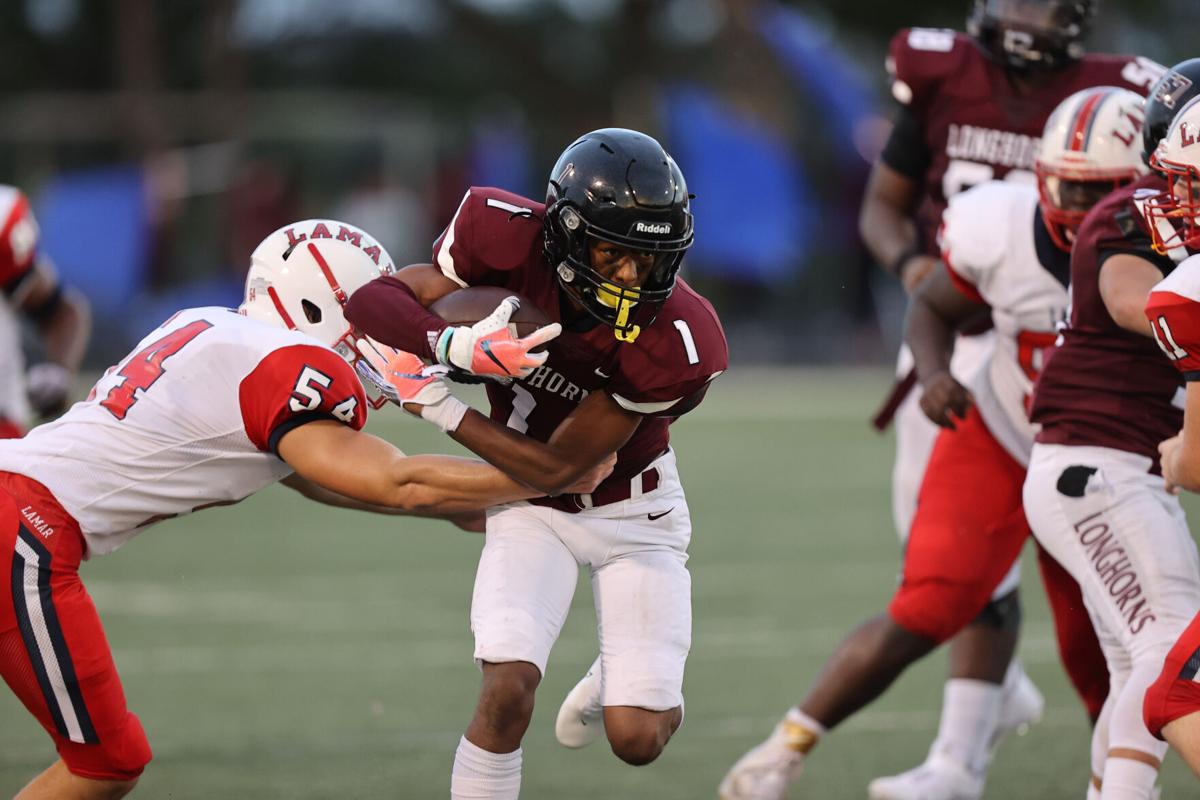 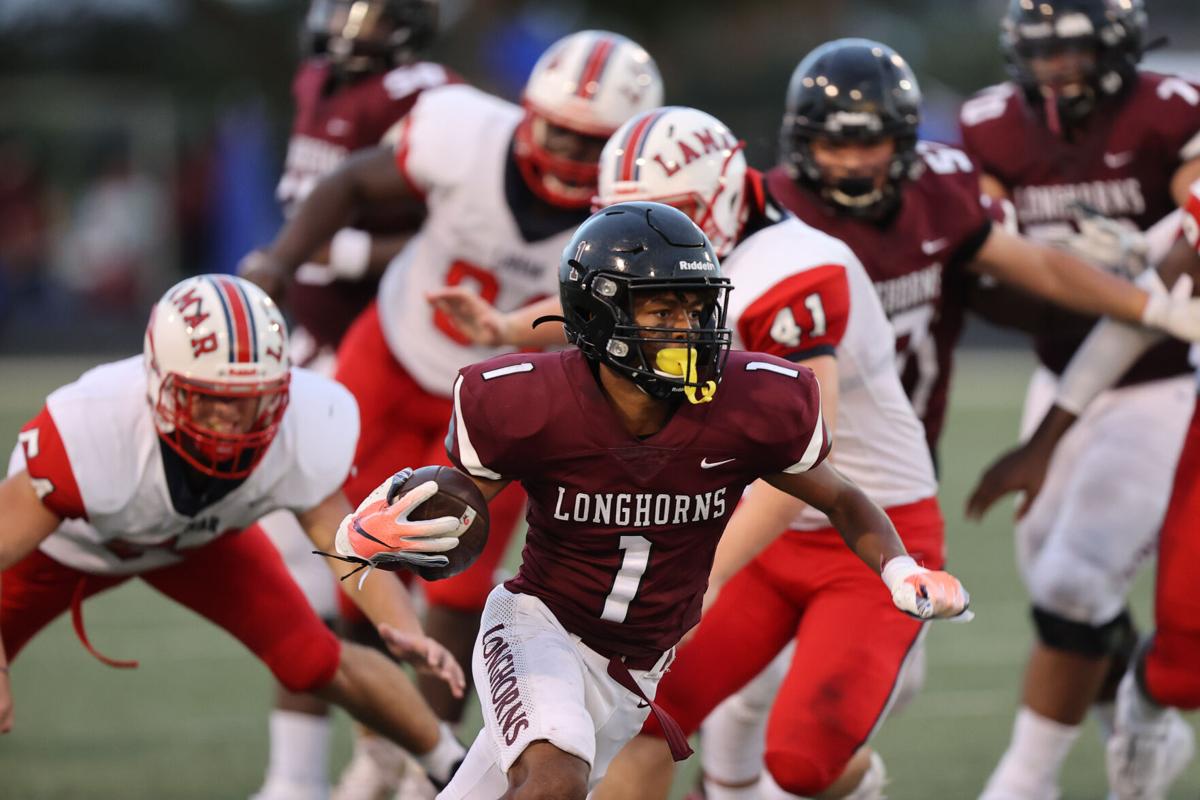 “Tonight was good; we had to make some plays there at the end,” George Ranch head coach Nick Cavallo said. “When we set a pre-district schedule, I believe they should be challenging games that prepare us for later on in the year. We have to learn how to win close games.

“We had Jacquizz Rodgers talk to the team this week, and he spoke about (Lamar Consolidated’s championship season in 2007). That team had to win four games in overtime, and his message to the team was, you have to win the close games.

“And to win a close game in Week 1 at home at full capacity, it was great.”

Instead, Murphy connected with six different receivers for 343 yards and four touchdowns. The top target was senior Kyle Kiser. The 6-foot-3 receiver had three receptions that went over 20 yards, finishing with four catches for 126 yards and two touchdowns before being ejected in the second half on a targeting call.

“I had trust in all my receivers tonight,” Murphy said. “Especially Kyle I know when I throw it his way he’s going to go get it and we’re going to go score.”

Drinkard made his impact felt in other ways, catching three passes for 72 yards and one touchdown. Senior receiver Joseph Wilson used his speed to keep the chains moving for George Ranch with 11 receptions for 95 yards.

“Any time you have No. 3 in the backfield (Drinkard), you have to honor that,” Cavallo said. “I thought that gave us some single coverage; our quarterback and receivers took advantage.”

Lamar quickly took the lead, scoring on their first two drives and forcing George Ranch’s only three-and-out effort on offense.

The Murphy-Kiser tandem made sure George Ranch wasn’t behind for long. A fake screen pass drew the Texan defenders’ eyes to the backfield, leaving Kiser wide open for his second touchdown — racing 56 yards for a touchdown.

The two teams again traded scores in the second quarter. Drinkard powered in for a five-yard touchdown to help level the score again at 21.

George Ranch’s defense stepped up and forced a three-and-out to give the Longhorns a little over 90 seconds to score before halftime.

Murphy and gang reached the Lamar 11-yard line in seven plays, settling for a 28-yard field goal by Michael with zero seconds remaining in the game clock.

Penalties stalled both teams coming out of the break before George Ranch scored on their second drive of the third quarter.

An eight-play, 74-yard drive ended with Murphy finding junior Gregor Jones for his first varsity touchdown. Jones leaped up to catch the ball and made sure he tapped his toes inbounds for the nine-yard touchdown while huggling the side boundary of the end zone.

Another three-and-out drive by Lamar sparked a George Ranch score.

Drinkard showed his ability to make a play out of the backfield. A delayed inside throw to the running back turning into a 37-yard touchdown. George Ranch led 38-21 with a little under 10 minutes left in the game.

Lamar marched down the field in 12 plays to cut into the 17-point lead, and the Texans were gifted a short field after a poor snap sailed over Murphy’s head during an attempted punt.

Three plays later, the Texans were behind only five points after two failed extra-point plays.

Lamar was able to get into striking distance with multiple dangerous passes falling through the hands of Texans receivers in the final seconds.

But the final play ended with junior defensive lineman Jacques Franklin wrapping up the Texans quarterback for a sack to end the game.

The Longhorns will have to improve in aspect entering Week 2: penalties. George Ranch had 19 penalties for 171 yards.

“We have stuff to work on,” Cavallo said. “The good plays we had, we’ll continue to build on. We had way too many penalties, and we have to clean that up and continue to improve on that. We can’t shoot ourselves in the foot.”

George Ranch (1-0) will play Katy Taylor next week, and the Mustangs beat Cypress Springs 33-29 in Week 1.