Starting at
$1.00 for 1 day
Get Started
View all rates
You are the owner of this article.
Edit Article Add New Article
You have permission to edit this article.
Edit
Home
News
Opinion
Education
Sports
Business
Special Publications
Weather
Archives
e-Edition
Classifieds
Search
Pay My Bill
1 of 7 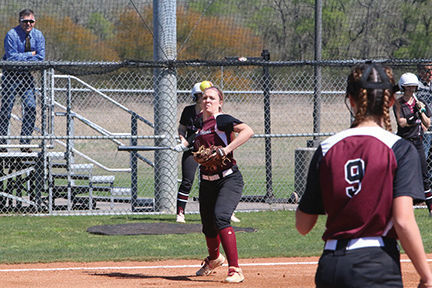 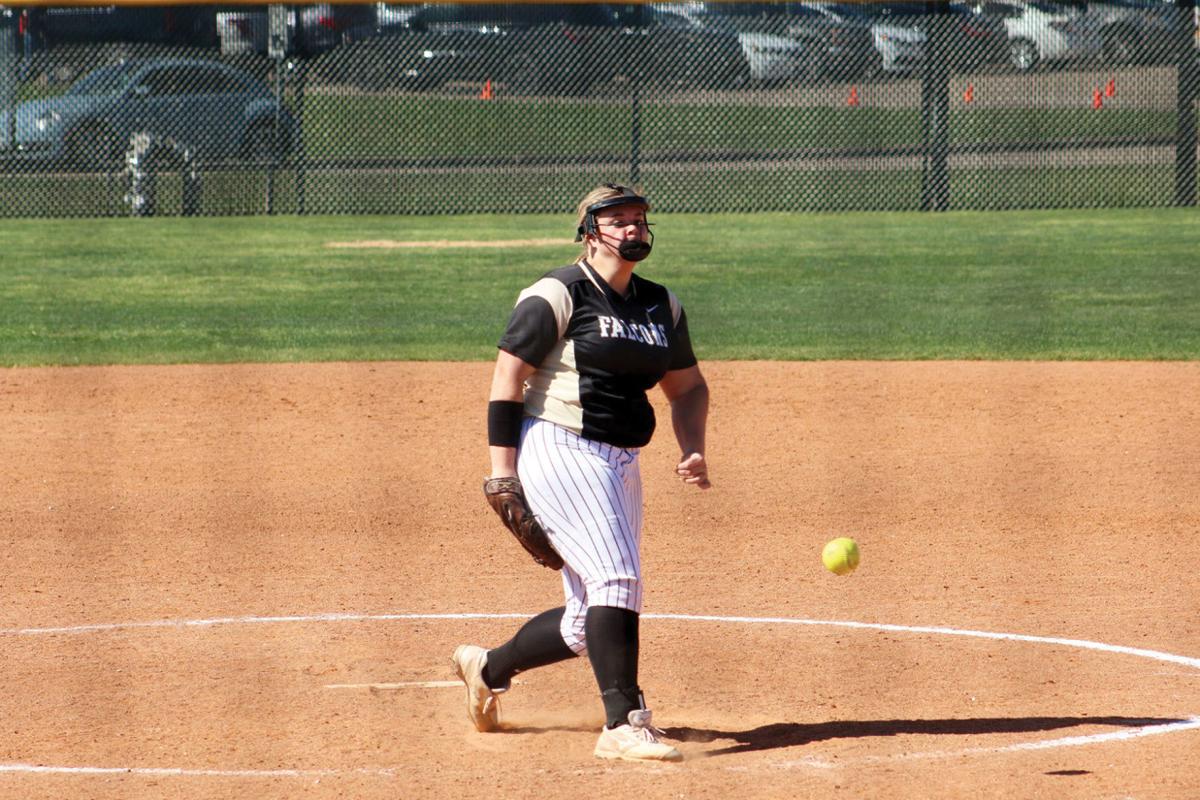 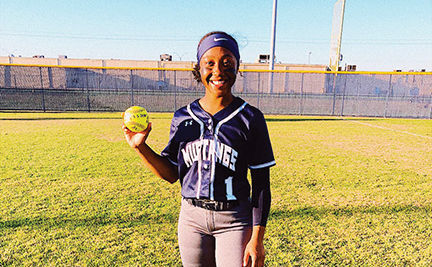 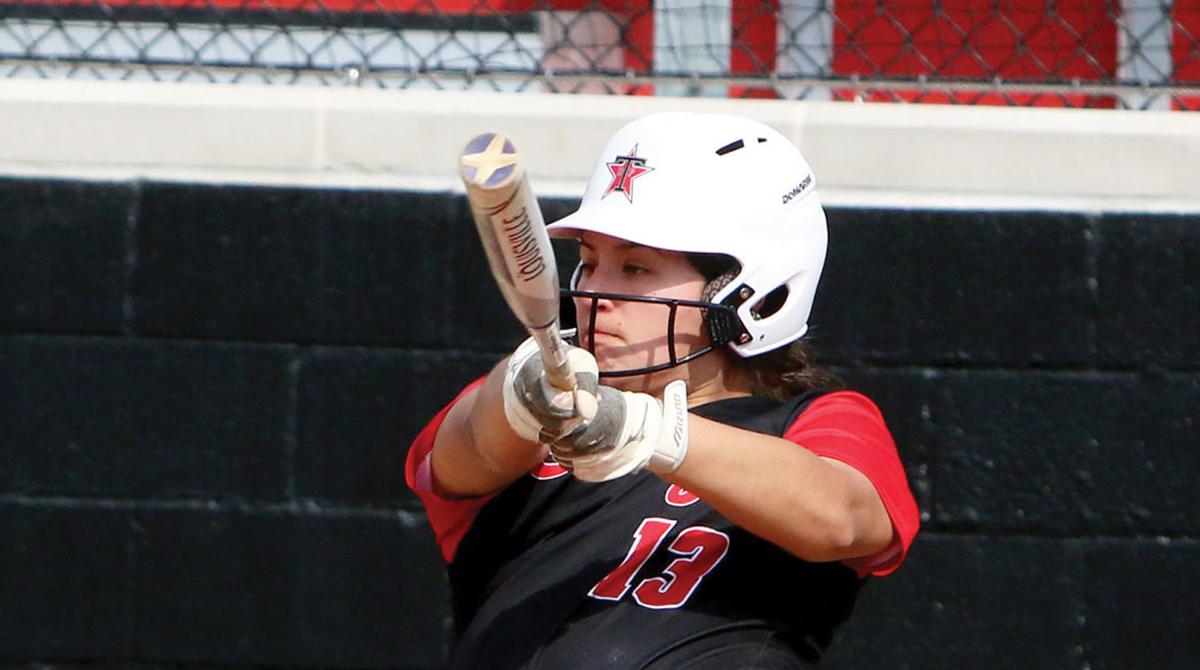 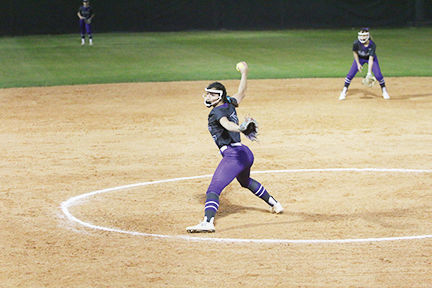 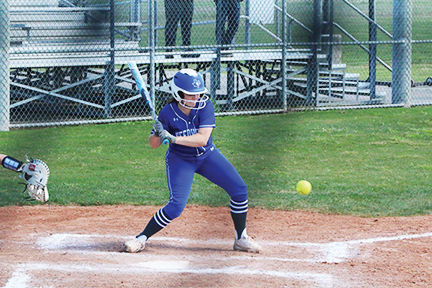 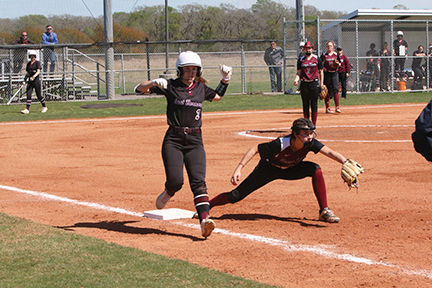 The Lady Mustangs finished 2-2 during the LCISD Tournament.

Lamar Consolidated lost to MacArthur 6-1 and beat Boling 11-0 on Thursday.

Tucker went 2-for-3 with a home run, a stolen base, three runs scored and three RBIs against Austin. Joscelyn Ramos had two RBIs.

The Lady Rangers went 1-0-2 during the LCISD Tournament.

Giselle Villarreal went 3-for-3 with three RBIs and two triples in the win against Columbia. LeeAnn Ramirez and Lainey Holt each had two hits. Larissa Amrenderiz had a double.

Ashleigh Rodriguez allowed one earned run on six hits over 4 1/3 innings. She struck out three and walked two.

Lizzy Torres and Olivia Edwards had two hits apiece against Stafford. Edwards had three RBIs and Brandi Juarez had two RBIs. Ramirez (triple), Edwards (double) and Torres (double) each had an extra-base hit.

Villarreal and Amrenderiz each had two hits against Sealy. Armendariz, Edwards, Izaguirre and Villarreal each had a double.

The Lady Falcons went 3-1 at the LCISD Tournament.

Foster started action on Thursday with an 8-0 loss to Sweeny and an 11-1 win over Sealy.

Amanda Allen and Alexis Morin each had a hit against Sweeny. Allen allowed three earned runs on four hits over four innings. She struck out nine and issued four walks.

Madison King allowed one earned run on no hits over three innings.

On Saturday, the Lady Falcons beat Needville 12-6 and Columbia 3-0.

Emily Navar, Allen, Rayne Althans and Lia Castillo each had a hit against Columbia. Althans’ hit was a double. Allen pitched six scoreless innings while scattering five hits and striking out four.

In the win against East Bernard, Reese Scott, Kennedy Diepraam and Mariah Garner had multiple hits. Diepraam had four RBIs with a home run and Scott added three. Nina Reid had a triple.

Seleste had two hits including a double and a triple along with two RBIs against Needville.

The Chargers went 2-1 at the LCISD Tournament.

Elizabeth Baylor had two hits including a triple, a run scored and an RBI against Austin. Nicole Bodeux collected a home run and allowed one earned run on three hits over 5 2/3 innings with eight strikeouts.

The Chargers lost to East Bernard 7-6 on Saturday.

Castillo, Baylor and Arissa Zajac each had a hit against East Bernard. Castillo had a triple and two runs scored.

The Lady Jays went 1-3 at the LCISD Tournament over the weekend.

Haleigh Jack and Karolyn Carter had hits against East Bernard. Celeste Aguilar, Fayth Hoover and Jack each had stolen base.

Carter allowed one earned run on four hits over 5 1/3 innings.

Cater went 2-for-3 with one run scored and one RBI in the loss to George Ranch. Celeste Aguilar had two runs scored and a double. Karolyn Carter and Maggie Valenta each a had a double.

Aguilar, Jack and Valenta each had a hit against Columbia. Valenta’s hit was a double. Abby House allowed two earned runs on six hits over four innings.

The Brahmarettes split their games during the LCISD Tournament with losses against Needville 2-1 and George Ranch 15-4 on Thursday.

Lexi Warncke went 2-for-3 with two doubles against Needville. Warncke allowed two unearned runs on three hits over 5 1/3 innings. She struck out 11 and walked three.

Paige Nixon and Taylor Bottoms each had two hits against George Ranch. Bottoms had two extra-base hits including a double and triple with Savannah Goudeau and Nixon adding doubles.

Warncke allowed six earned runs on three hits over five innings. She struck out 10 and walked 10.

The Cougarettes finished second at the Anahuac tournament over the weekend with a 4-2 record.

Cougarette Laura Durrett collected a hit against Hamshire-Fannett. Allie Gonzales allowed two unearned runs on three hits over 5 1/3 innings while striking out eight and walking none.

Gonzales and Savannah Ozuna each had two hits and three RBIs against Port Arthur Memorial.

Gonzales collected a double and a triple. Caitlyn Snedaker pitched two no-hit innings while walking one and striking out four.

Gonzales and Makinzy Kneip each had a hit against Shempstead while Brazos had six walks. Gonzalez’s hit was a triple while she allowed one unearned run on three hits over four innings. She struck out four and walked one.

Brozozwski allowed one earned run on three hits over four innings while striking out nine and walking one.

On Saturday, the Cougarettes beat Rice Consolidated 6-3 and lost to Hamshire-Fannett 8-0.

Caitlyn Snedaker went 2-for-2 with a double and two RBIs against Rice Consolidated.

Gonzales allowed three earned runs on six hits over four innings while striking out one and walked one.

Brazos was no-hit by Hamshire-Fannett pitcher Katey Sanders in an 8-0 loss.

Tosch had two triples, Allen had a double and Kylie Stamper had a home run.

The Lady Mustangs collected a District 24-5A win on Friday night at Hightower with a pair of 12-run innings.

The Lady Jays won a road game against Boling on Friday.

Aguilar, Jack, Fayth Hoover and Brady Bruce each had two hits. Maggie Valenta drove in four runs for Needville. Aguilar and Jack had three RBIs. Valenta hit a home run while Aguilar had a double and a triple. House also had a two-bagger.

The Lady Tigers won a non-district contest on Friday at Lady Tiger Field.

The Chargers won a barnburner Friday. Nicole Bodeux and Elizabeth Baylor each had three hits. Baylor scored three runs and six RBIs. Keely Castillo scored four runs and Bodeux had three RBIs. Baylor and Bodeux each had a home run.