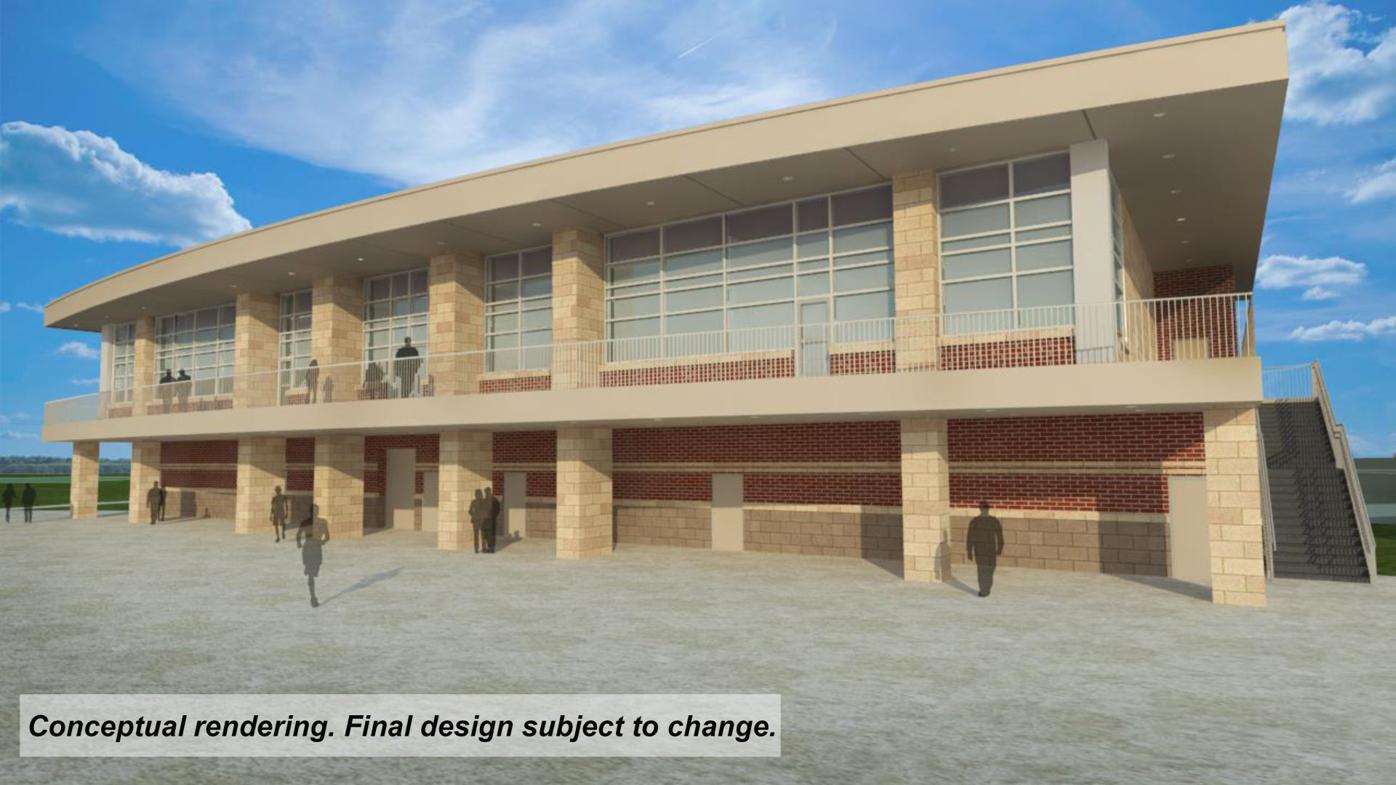 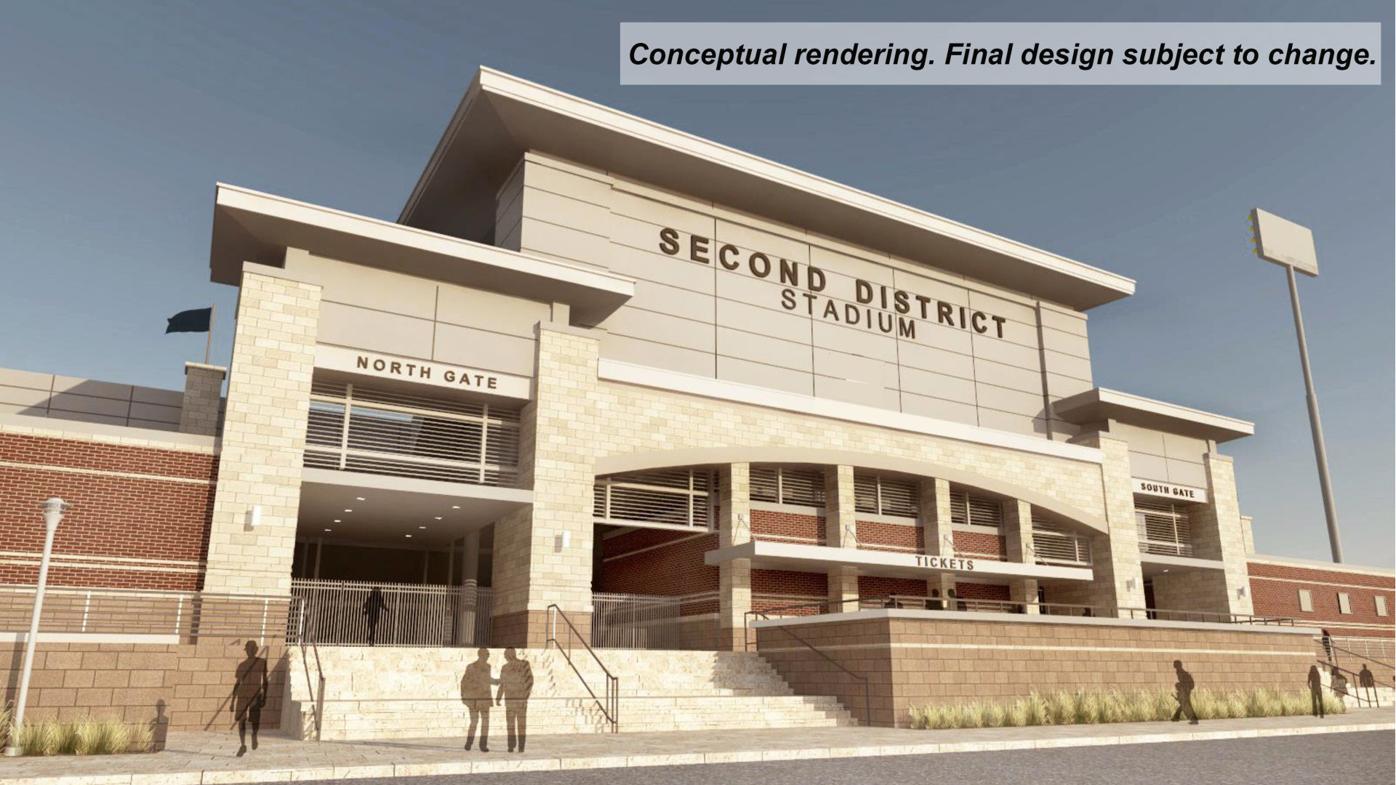 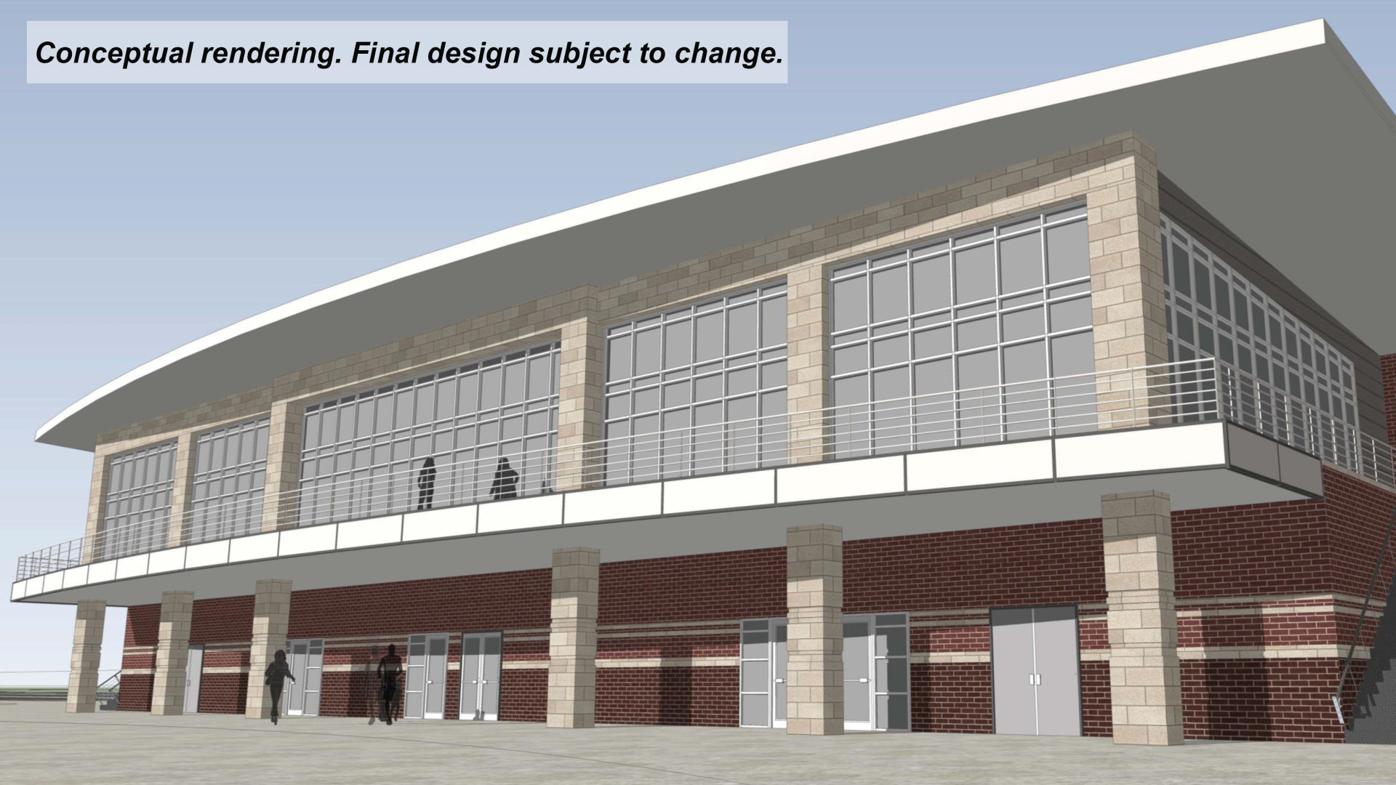 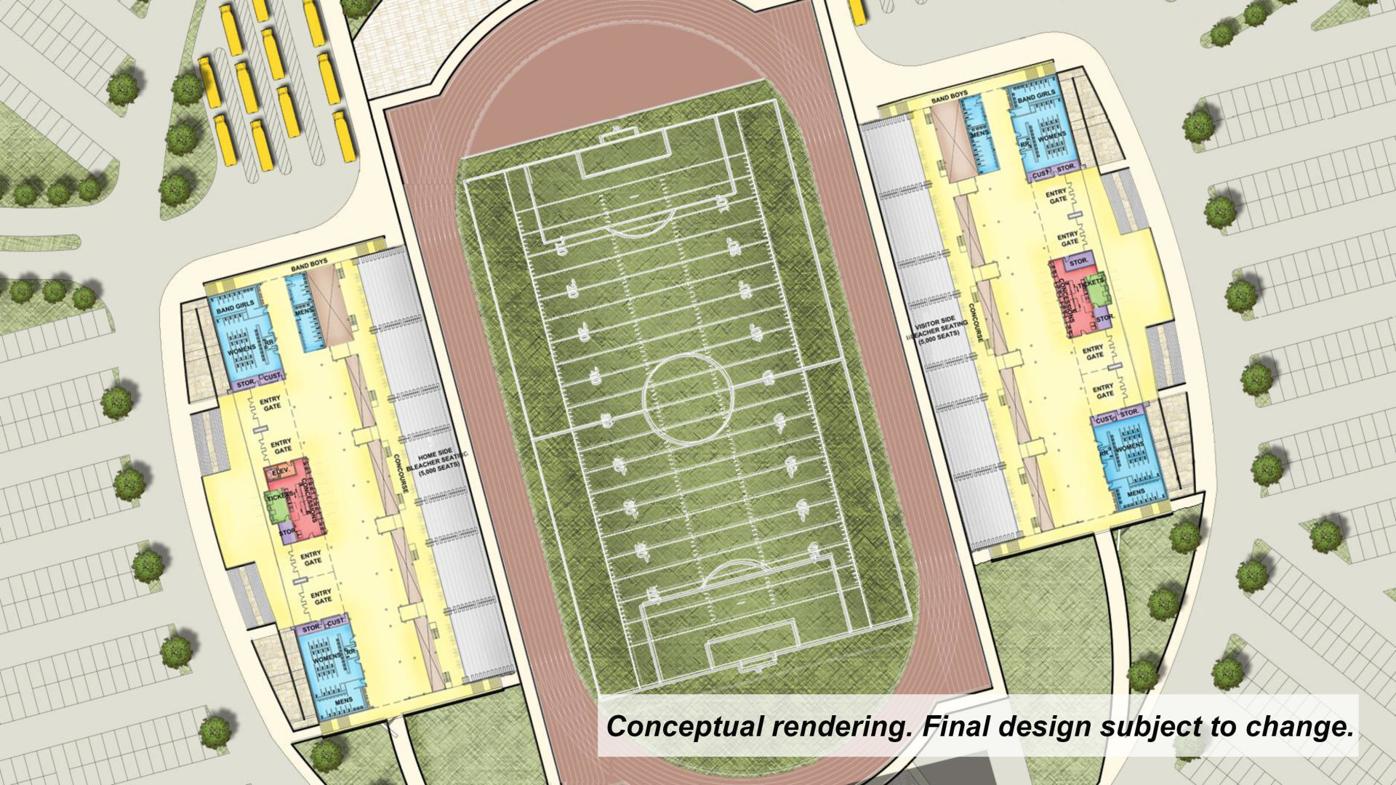 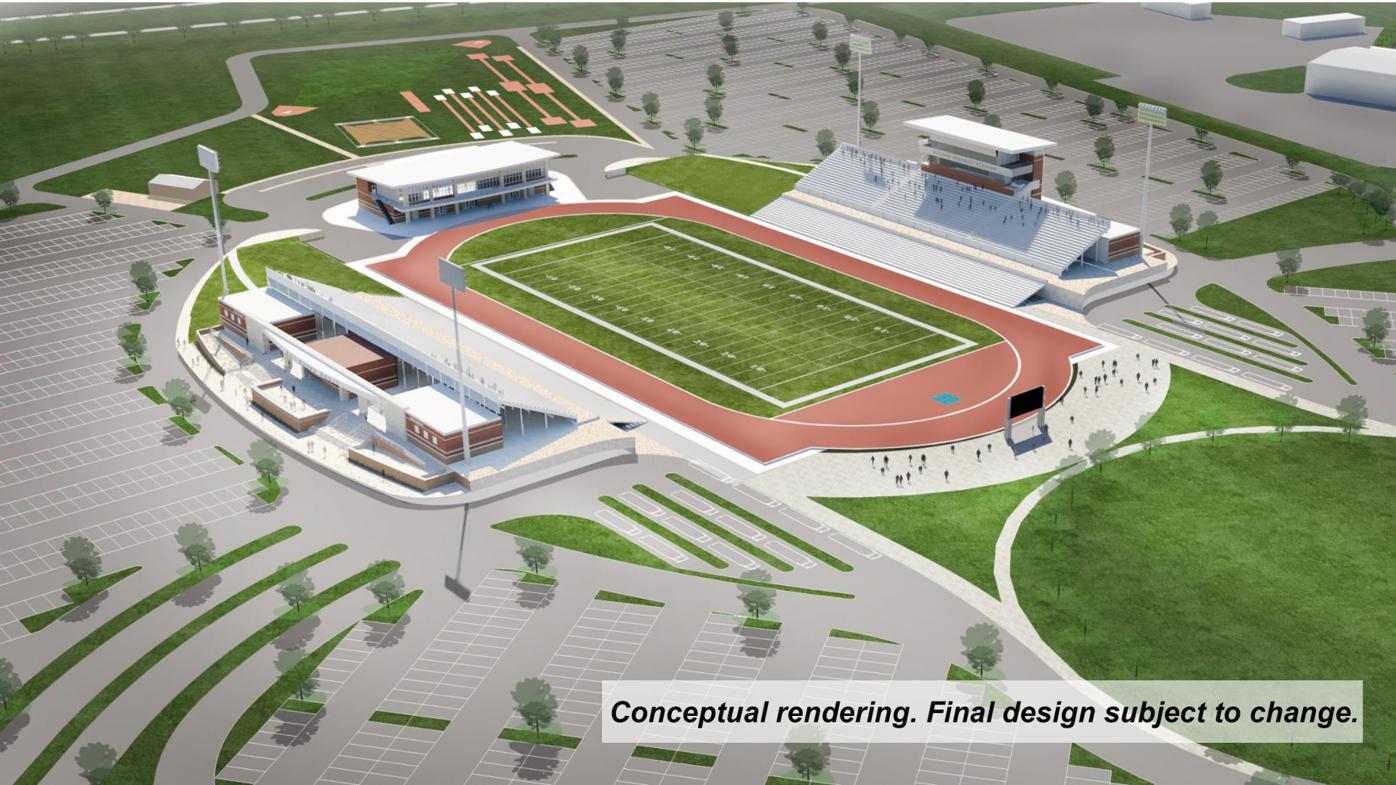 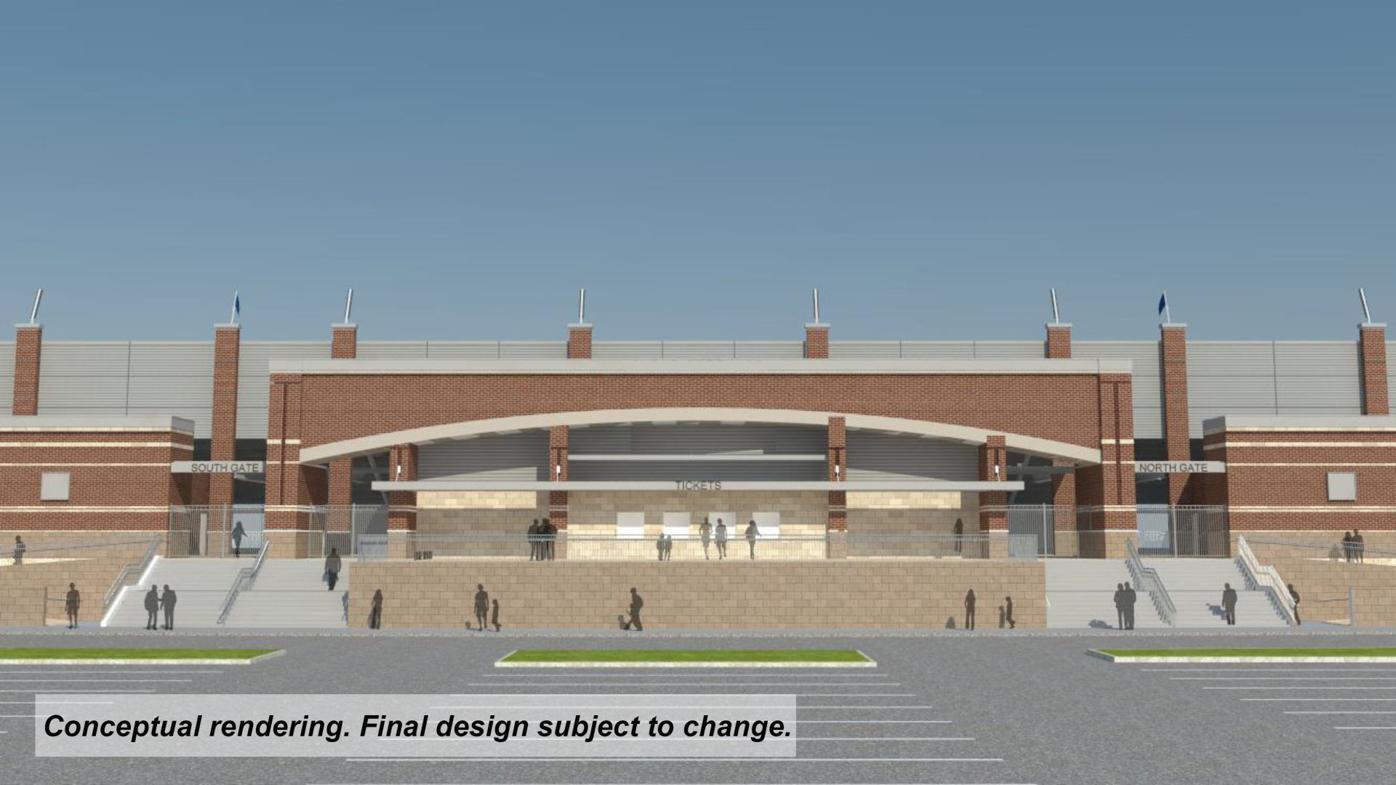 More questions have been asked of the Lamar Consolidated School District about its $93.7 million bond for a second football stadium that is on the ballot in this current election.

What will the new stadium look like? Where will it be located? How did you get to an estimated $82.7 million cost to build it?

The stadium bond is one of four bond propositions that LCISD has on the ballot that is being voted on now. The total of all four propositions are $792.5 million.

Proposition C is the one with the stadium, with $82.7 million slated for the construction and $10 million to purchase the land.

The district stated that the location of the stadium has not been determined.

On Sunday, the district released six illustrations of the first initial design of how the new stadium would look. The drawings show a stadium that could hold around 10,000 fans, along with a locker room area and a small scoreboard.

The district said that it worked with professional architects to add cost increases from when those stadiums were built, which was estimated to cost $66.95 million.

But the district asked the architects to estimate the cost increases for building the stadium in 2023, which showed an 8% increase in construction costs from 2020 to 2021, and a 7% increase from 2022 to 2023. That 15% increase, mostly coming from inflation stemming from the coronavirus pandemic and trade tariffs, bumps the stadium price up to $82.7 million.

LCISD also stated that it manages the timing of bond sales to control the tax rate, along with keeping an eye on property tax growth.

A new stadium is needed because of the addition of a sixth high school in the district with Randle High School opening in August and playing varsity football in 2023. A possible seventh high school could also be build, as the construction costs for that high school are included in Proposition A of the bond package.

More LCISD athletic facilities are also on the ballot, as Proposition B would be to renovate the practice swimming pool at Terry High School and build a new but similar facility at Randle that would allow all five LCISD schools to have a practice pool. The cost of those two projects is $31.9 million.

The other two bond propositions include Proposition A, which is for building and renovating schools and facilities, which costs over $643 million. Proposition D is for purchasing new computers, laptops and iPads for students and teachers, and is priced at $21.6 million.