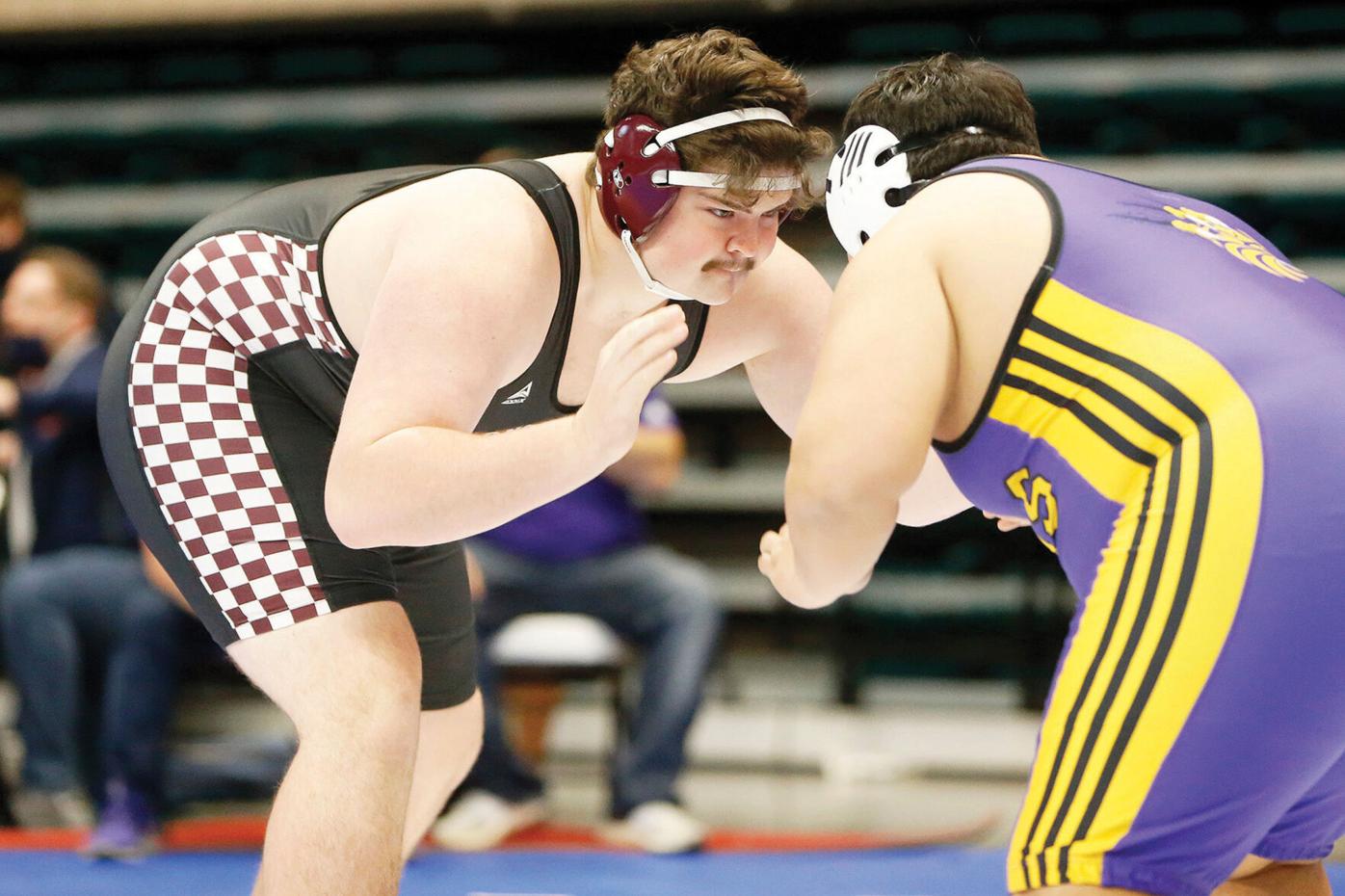 George Ranch senior Austin Stubbs competes in the Region III-6A tournament earlier this month at the Merrell Center in Katy. 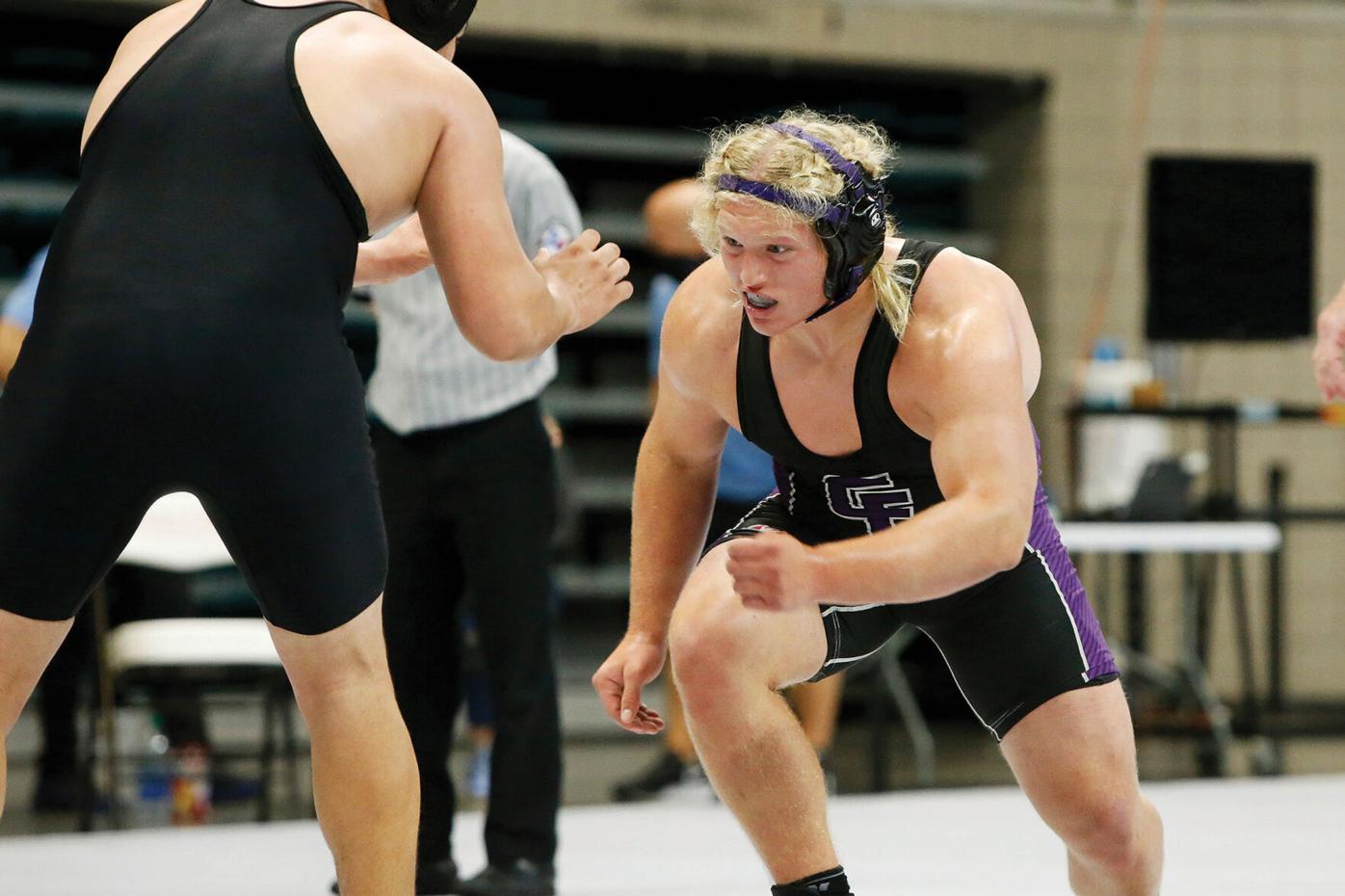 Fulshear sophomore Seth Smith wrestles at the District 11-5A meet. 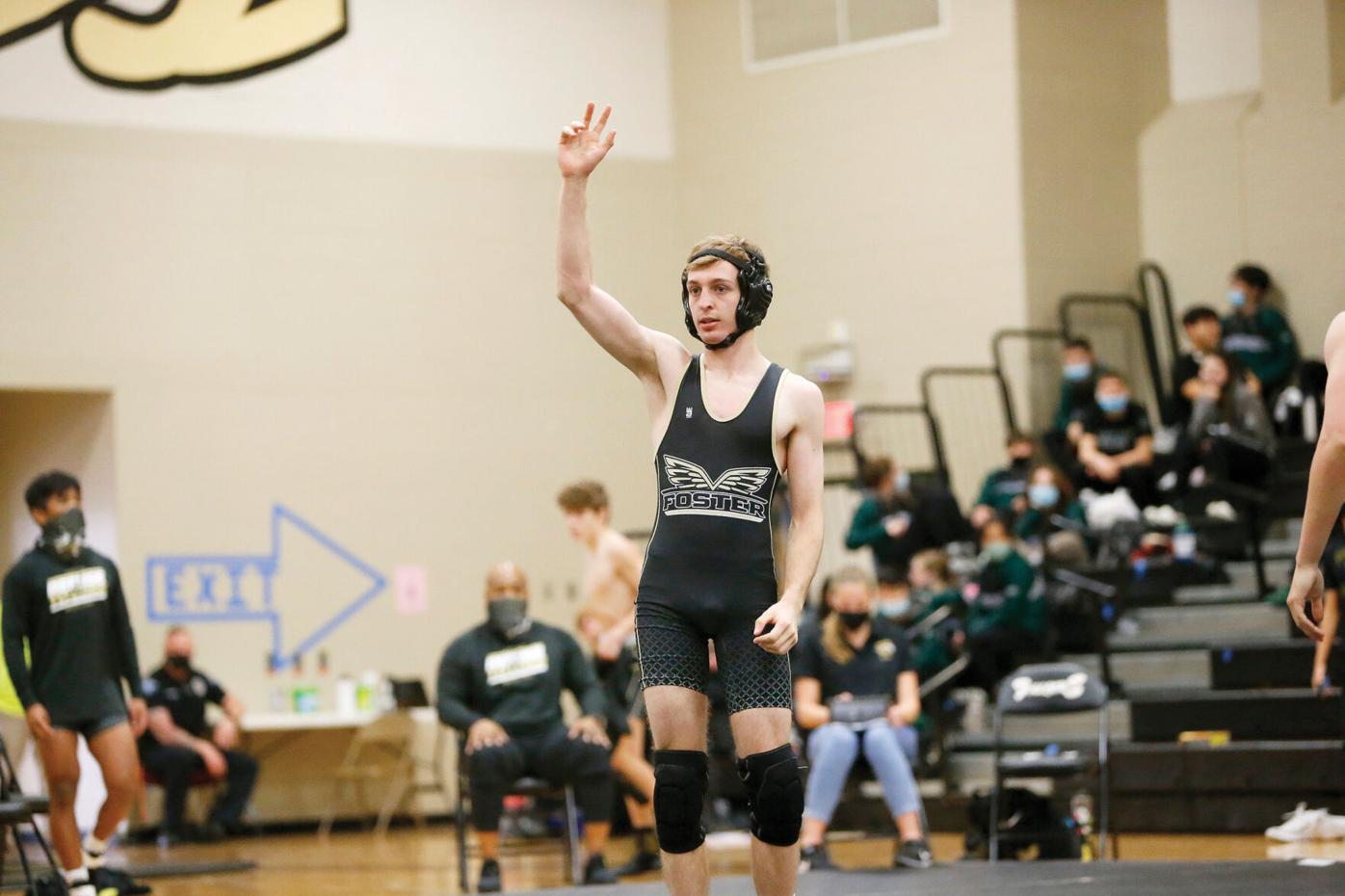 Foster senior Corbin Roy wins a match against Kingwood Park on senior night for the Falcons.

George Ranch senior Austin Stubbs competes in the Region III-6A tournament earlier this month at the Merrell Center in Katy.

Fulshear sophomore Seth Smith wrestles at the District 11-5A meet.

Foster senior Corbin Roy wins a match against Kingwood Park on senior night for the Falcons.

COVID-19 protocols have arguably hit UIL wrestling the hardest over the 2021 season. The nature of the sport doesn’t lend itself to social distancing, but the coaches and athletes put in the work to make it happen.

“Every match we were able to have this season was really nice,” George Ranch senior Austin Stubbs said. “It was affected a lot compared to other sports. There are no helmets and we’re not separated by a net. It’s wrestling, we’re in each other’s faces, as close as you can legally be to another human being right now.”

Now, the state championships are here.

Five wrestlers from Lamar Consolidated ISD are in the field. Foster and Fulsher will have competed in the 5A state championships on Friday at the Berry Center in Cypress, while George Ranch will finish off the 6A finals on Saturday.

The Falcons will be represented by senior Corbin Roy in the boys’ 120-pound division and freshman Madison Canales in the girls’ 119-pound division.

Roy comes in on a high note in his final season. He hasn’t lost a match at district or regionals to enter the tournament with a 17-1 record.

“It’s been real fun for me,” Roy said. “I only have one loss this year. I’ve been district champion and regional champion. I’ve been really proud of that because I’ve put a lot of work into wrestling. Last year, I didn’t make it to the second day of regionals, and this year I feel like I can show off my hard work.”

Roy is one of four wrestlers in his weight class with one loss or less. A victory in Roy’s opening match would put him in the top four, which is a goal for the Falcon.

“I finally felt like one of the big dogs,” Roy said. “I feel like I have something to show. I knew I was a good wrestler but I didn’t have any physical proof to show it.”

Madison Canales isn’t your typical freshman. The Lady Falcon has been wrestling for nearly four years in her young career, and she has even competed at a national level.

Canales’ experience has guided her to a 17-0 record with a district and regional title under her belt.

“It’s been amazing, really,” Canales said. “I know that I’m the only freshman in my bracket and I know I’m one of the most experienced wrestlers and if I keep my mind focused I have a good chance of taking first.”

Canales isn’t shy about what her ultimate goal is: the ultra-rare feet of four gold medals in a high school career.

“Four gold medals is definitely a goal for me,” Canales said.

Sophomore Seth Smith is an imposing figure on the wrestling mat.In fact, he is nicknamed “Thor” for his build and long blonde hair. Smith is a football star and plays rugby on top of wrestling.

“This season for me has been really fun,” Smith said. “Getting back into the groove, and going out and competing.”

Smith had to win a rematch at regionals to earn his spot at state. “I wanted to go up against (the Melissa High School wrestler) to win against him,” Smith said. “I hate losing, so going into the match I knew what had to be done and what I did wrong.”

Smith wants to prove himself against the more experienced wrestlers at state.

“I have the mindset to go into state and give it everything I have,” Smith said. “I want to prove not only to myself, but to other people I can do it. Just because most of them are seniors doesn’t mean they are better and more talented than me.”

George Ranch has two wrestlers returning to the state meet: seniors Luke Marvin in the 182-pound class and Austin Stubbs in the 285-pound weight class.

“This is our last run,” Stubbs said. “This is all Luke and I have left, and making it to state last year was awesome. It was unexpected for us both.

“It was nice to be under the lights, but this year is different. We want to go out there and finish on the podium.”

Both wrestlers come into the state meet without a loss; Marvin is 22-0 and Stubbs is 21-0.

The Longhorn pair is happy just to have a season, but both of them want to go out with a medal.

“The expectation is always to be first and win every match. However, expectations and reality can be two different things,” Stubbs said. “Whatever happens, I’ll be happy, I couldn’t have asked for a better season.”

The experience that both have will be key in doing that.

“Everything you do up to that point is meaningless,” Stubbs said. “You walk out to the mat and face schools I’ve never heard of and face athletes from all walks of life. No one cares what you got at regionals, because it’s state, it’s time to go.”

How do elite athletes conquer their nerves?