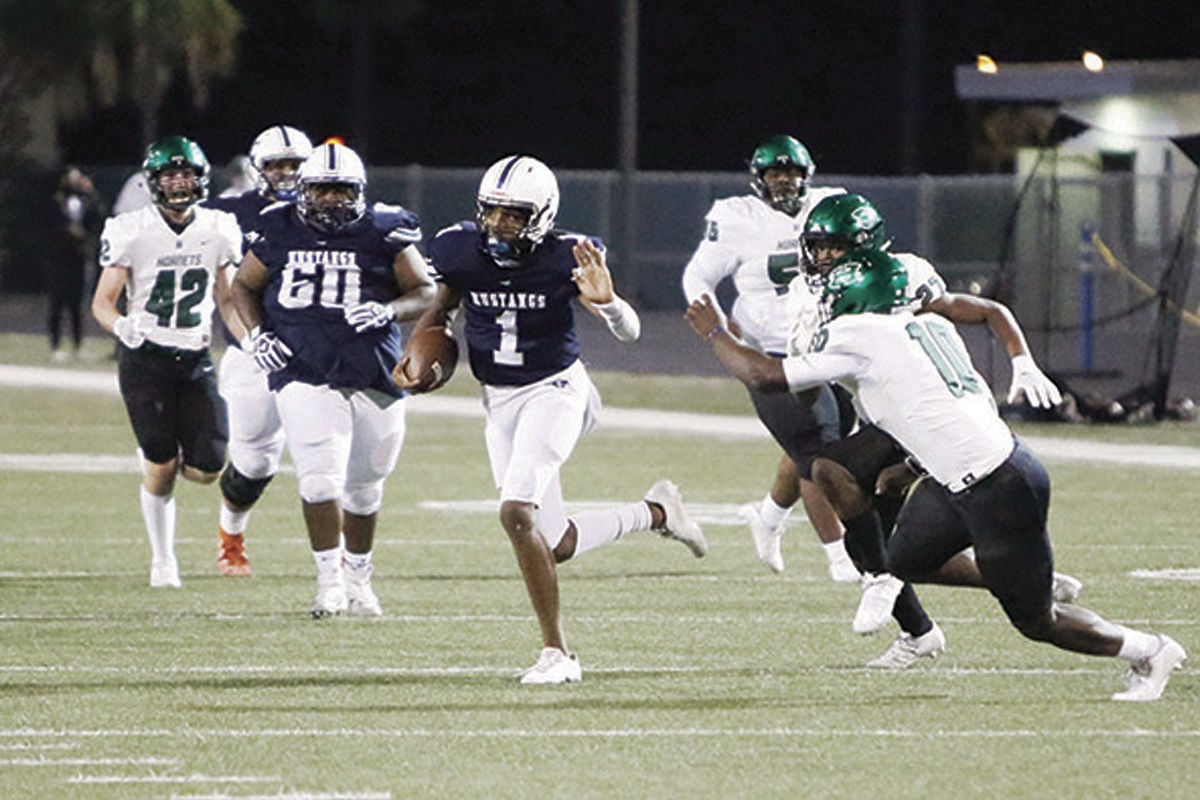 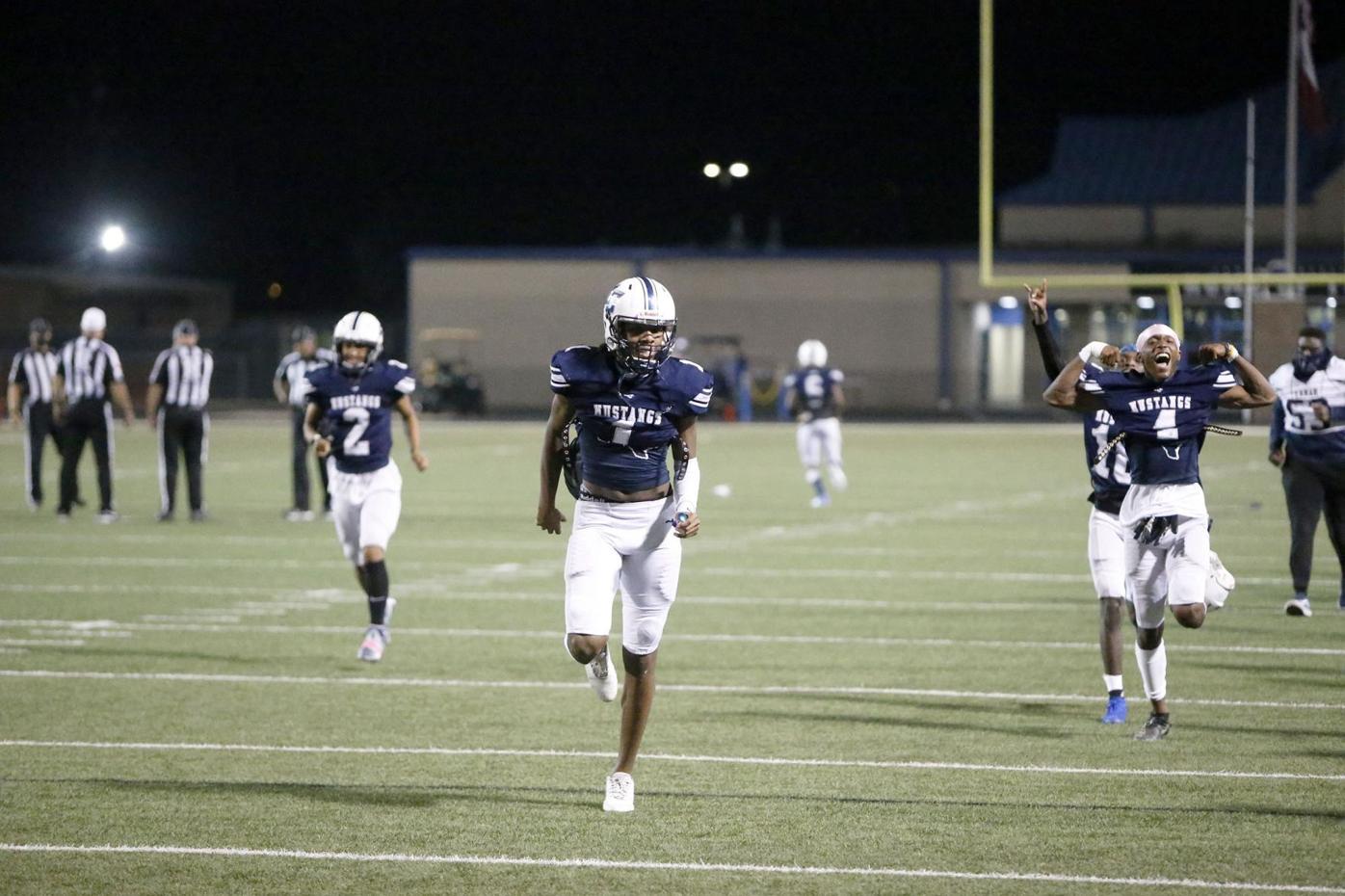 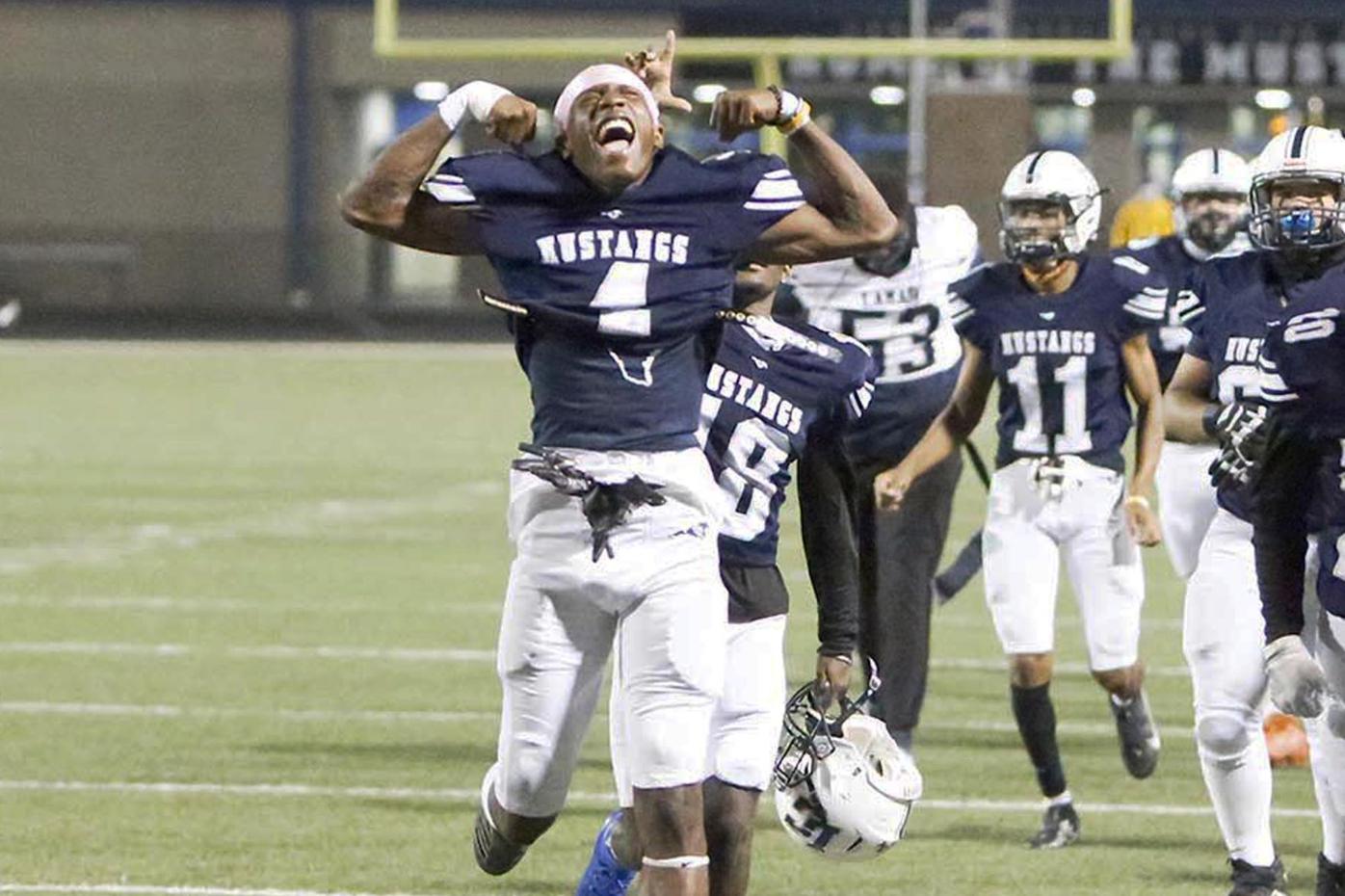 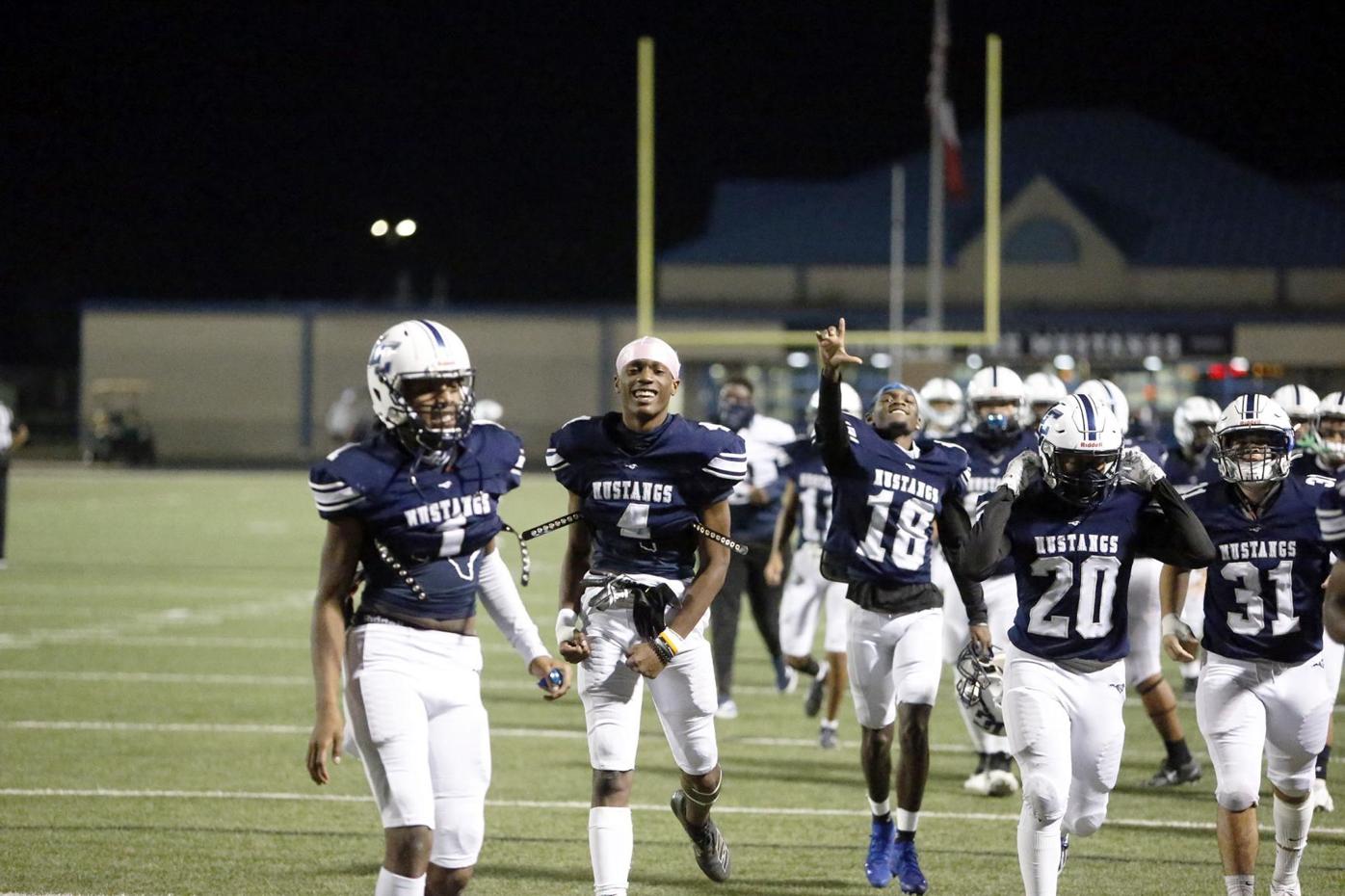 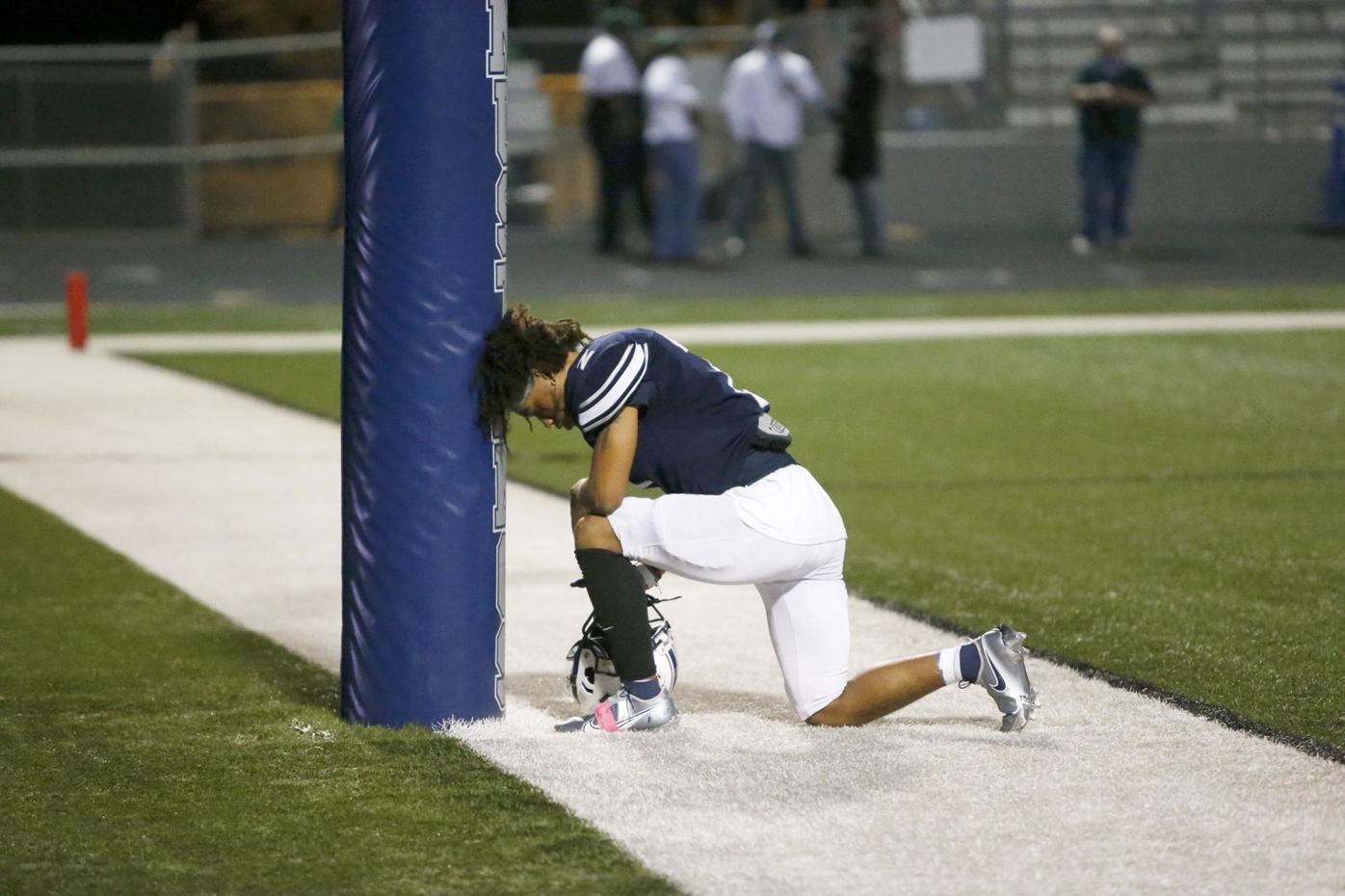 Lamar Consolidated senior Michael Clark has a moment of prayer before Friday's game against Huntsville. 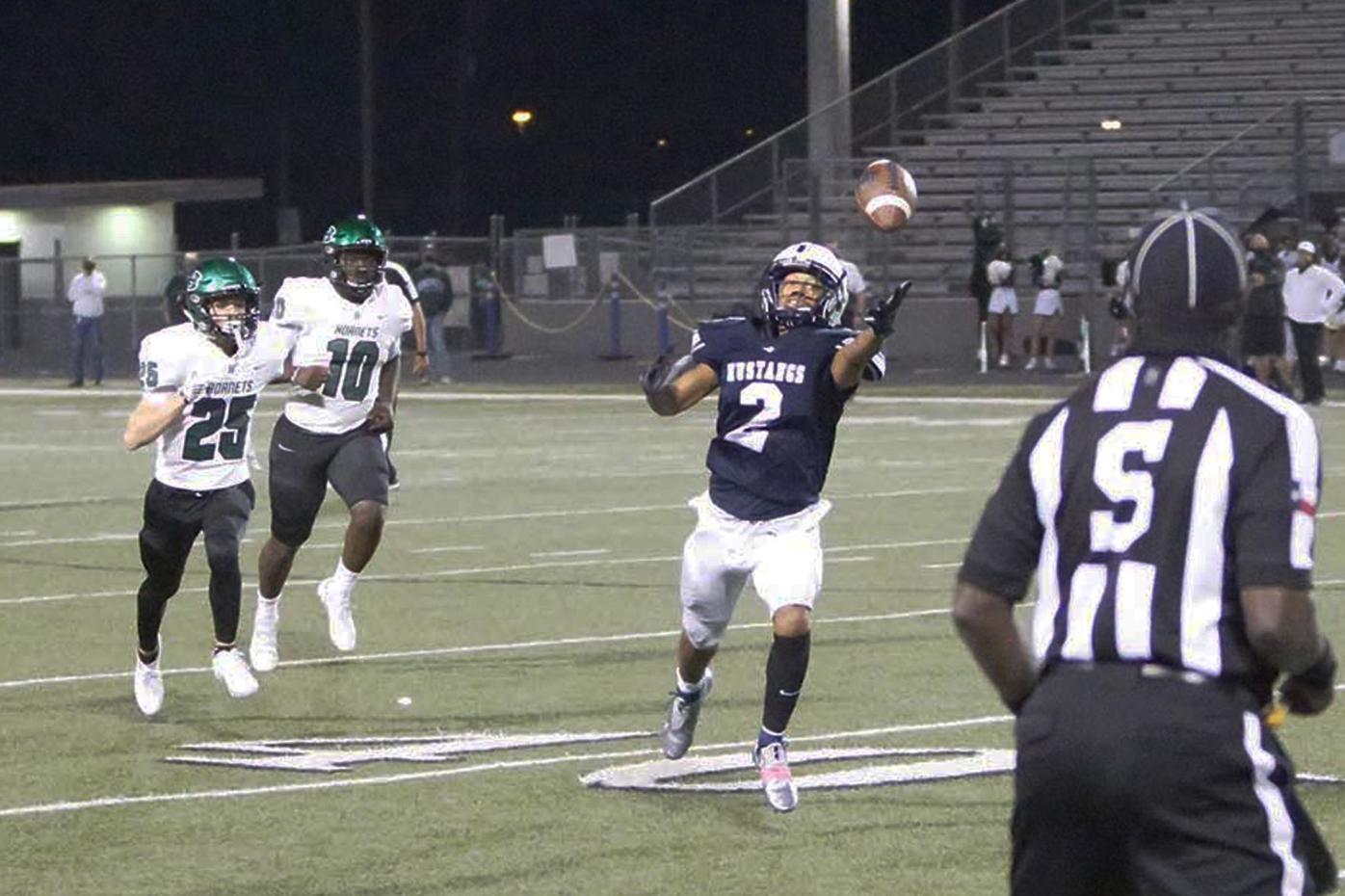 Lamar Consolidated senior Michael Clark has a moment of prayer before Friday's game against Huntsville.

The Lamar Consolidated High School football team’s opening schedule did not give the Mustangs any breaks.

Unfortunately, Friday’s District 10-5A DII contest was more of the same, with the Mustangs getting shut out against No. 4-ranked Huntsville, 49-0.

“Tonight was a tough assignment,” Lamar Consolidated head coach Kiah Johnson said. “My main focus was how do we responded after we what showed against A&M Consolidated a couple of weeks ago.

“That was not us, especially offensively, that week. I wanted to make sure we rebounded tonight.

“I felt like we had good momentum in the first quarter, but we are killing ourselves with dead-ball penalties.”

Lamar Consolidated’s athleticism shown through multiple times, but the Hornets defense prevents the home team from getting their offense rolling enough to get into the end zone.

The Mustangs’ defense kept Lamar in the game close early with a stop on 4th and seven on the Lamar 34-yard.

Lamar’s offense went three-and-out, and Huntsville started to put points on the board.

The Hornets were quickly up 14-0 after Woodberry returned a Mustangs’ punt 45 yards for a touchdown with a minute left in the first quarter.

Lamar wasn’t able to turn that opportunity into points or even a first down.

Lamar Consolidated went for it on a 4th and one on the Hornets’ 34, but junior Jacosry Kiser was stopped for no gain.

Huntsville took the ball and marched 65 yards in seven plays. Junior running back Jaylon McClain broke through the line for a 21-yard touchdown.

The Hornets made it 28-0 on their next drive that started on their 43-yard line. A five-play scoring drive needed two long passes from Wilson, including a 26-yard connection with junior Cornelius Lawrence.

The Mustangs’ two-minute offense responded with a strong start including a 36-yard pass from junior Dylan Garrett and junior Jamiel Robinson. But the drive ended when a pass into double coverage near the Huntsville goal line was tipped and intercepted by senior LaDamian McCoy.

Woodberry opened the scoring with his third touchdown, again on special teams. He returned the second-half kick off 65 yards for a touchdown.

Huntsville led 35-0 with 15 seconds off the clock in the third quarter.

Huntsville rounded out their scoring with two rushing touchdowns with a two-yard run by senior Quaterian Riles and a four-yard run by McClain.

Garrett’s ability to push the ball downfield did create some big plays with Robinson and Rayshawn Glover.

The two receivers combined for nine receptions for 157 yards.

Lamar Consolidated (0-6, 0-2) will travel to Montgomery Lake Creek next week while Huntsville (6-0, 3-0) will enter bye next week.