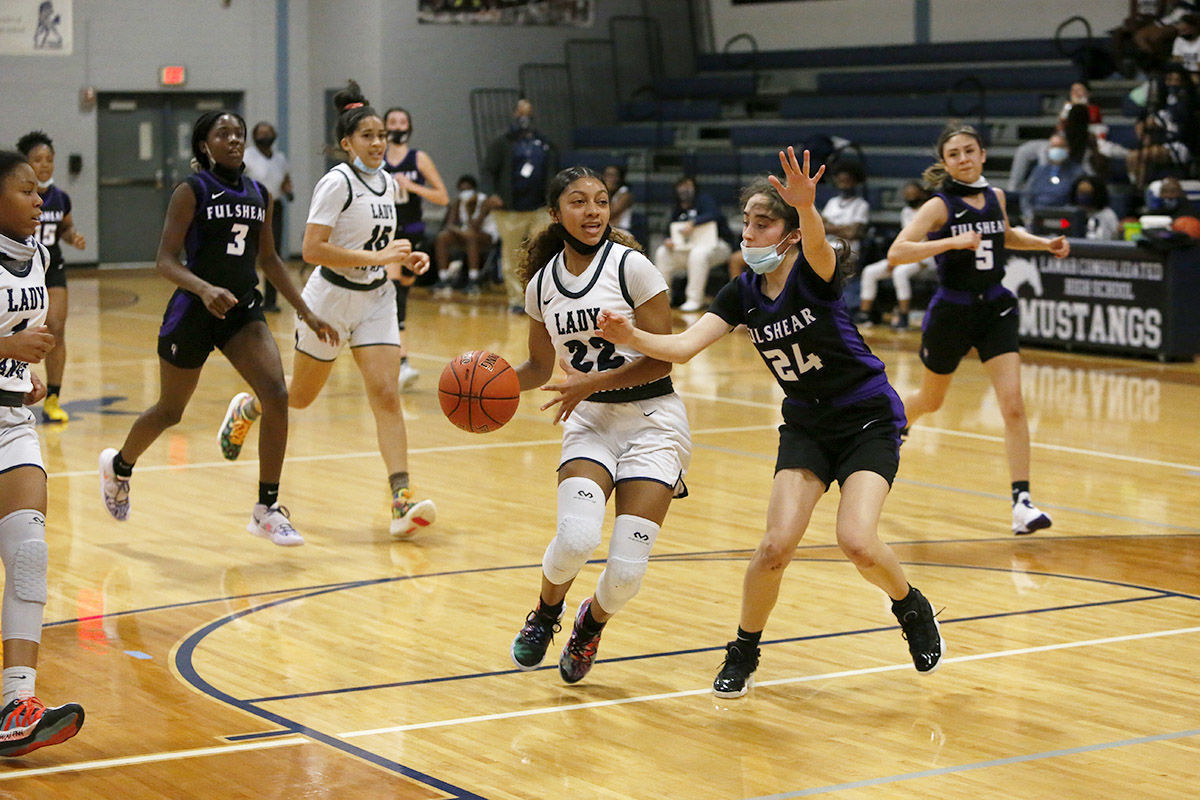 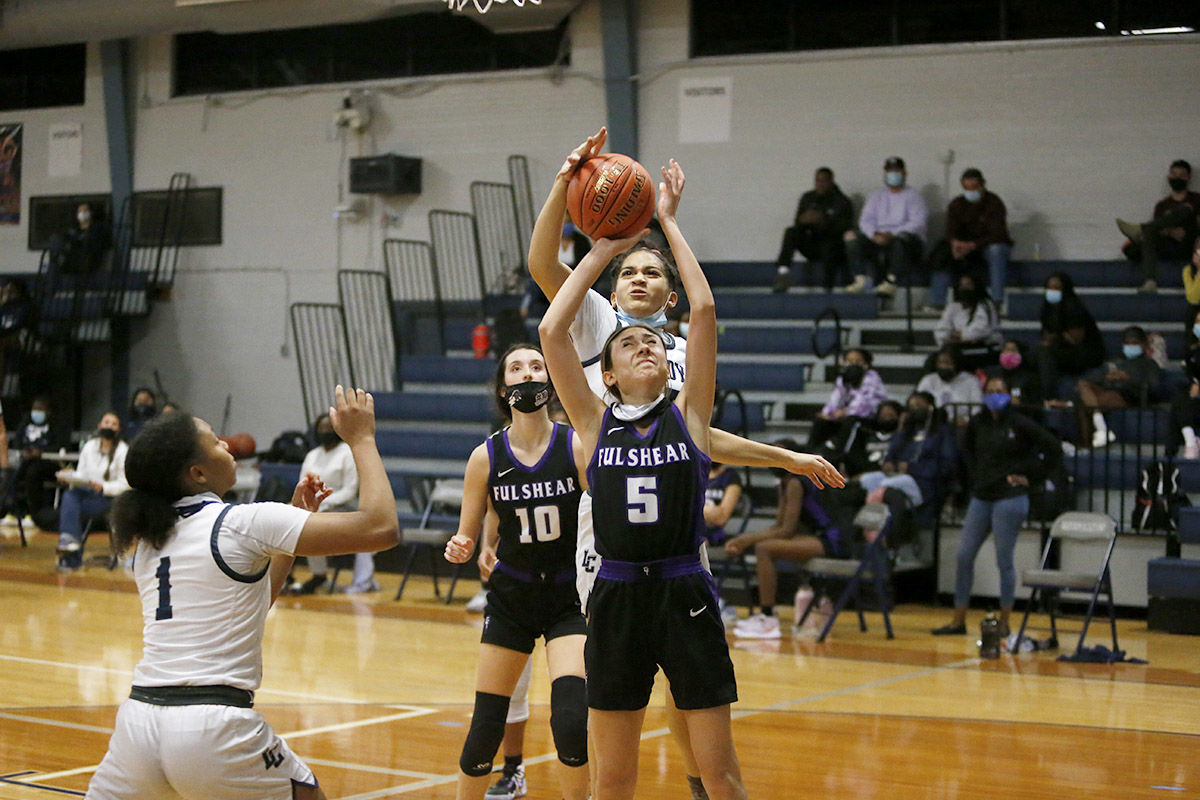 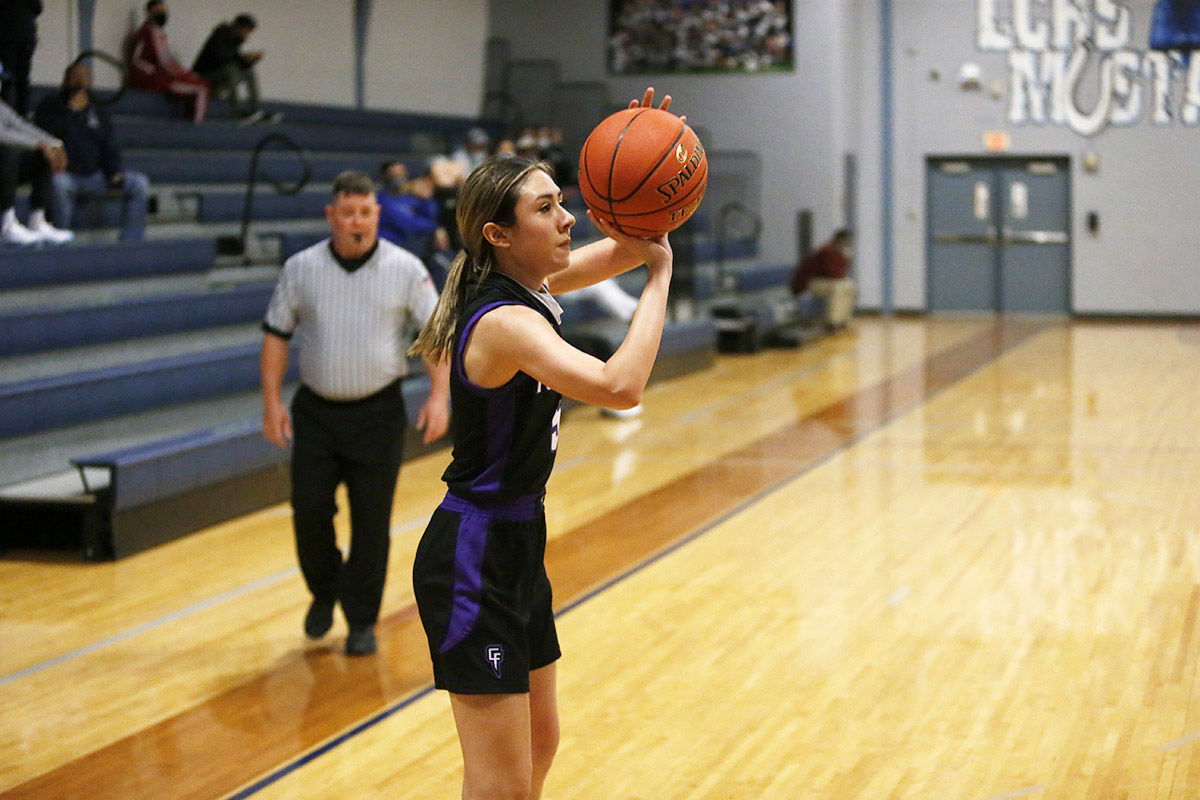 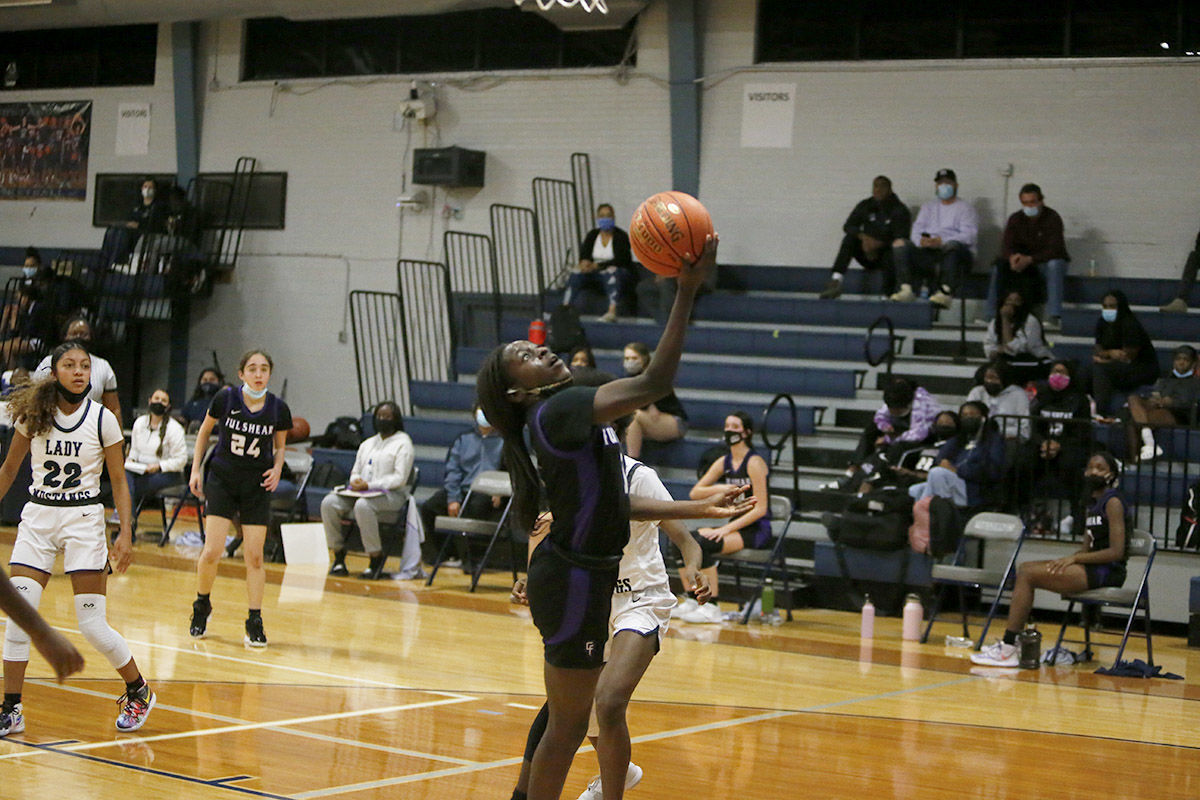 Fulshear sophomore guard Ese Ogbevire goes up for a layup against Lamar Consolidated.

Fulshear sophomore guard Ese Ogbevire goes up for a layup against Lamar Consolidated.

The Fulshear High School girls basketball team has shown plenty of potential over the past year, and the Chargers aimed to keep that upward trajectory against second-place Lamar Consolidated Friday evening in Mustang Gym.

The Lady Mustangs had other plans.

On its own upward swing this season, Lamar Consolidated kept control of the spot behind state-ranked Foster with a 76-56 win over Fulshear.

Senior Hannah Humphrey was again the driving force for the Lady Mustangs with 36 points.She also led the team in steals with five.

Humphrey and the Lady Mustangs opened up a double-digit lead in the opening half. The senior went on a run where she scored nine of the team’s 11 points over two minutes to build a 40-19 lead with three minutes left in the second quarter.

Fulshear clawed back with a pair of three-pointers from junior Reina Flores and senior Kylie Ashman. The Chargers trailed 40-27 with a 1:38 left in the half.

Fulshear trailed 48-32 at halftime after senior Caroline Hutchison went to the foul line twice, making three of her four attempts.

The Chargers were able to tighten the Lamar lead to 14 points, 48-34, with a bucket from Hutchison.

Senior forward Desiree Rogers and Humphrey added to the Lady Mustangs total to build the lead to 65-39.

Fulshear’s Ese Ogbevire scored four points for Fulshear in the final 10 seconds of the third quarter. The sophomore guard scored two points and then stole the ball before it crossed the timeline. Ogbevire raced to the basket and put the ball into the air before the horn sounded for the two points.

The Lady Mustangs went on another run capped off by sophomore Ryana McLean getting a steal and pushing the ball up to Humphrey for a quick basket. Lamar Consolidated led 72-50 inside four minutes remaining in the fourth quarter.

Senior Jordyn Watson found some room in the final minutes for Fulshear. The 5-foot-11 forward scored three straight baskets in the last minutes, but the Lady Mustangs were too far ahead for the Chargers to build momentum for a late comeback.

Rogers and senior Taylor Jarrels combined for 31 points for Lamar Consolidated. Jarrels led the team in rebounds with eight and tied with Rogers for the assist lead with four. Rogers also added three blocks.