Starting at
$1.00 for 1 day
Get Started
View all rates
You are the owner of this article.
Edit Article Add New Article
You have permission to edit this article.
Edit
Home
News
Sports
Fort Bend Living
Education
Opinion
Weather
e-Edition
Archives
Special Publications
Gallery
Search
1 of 2 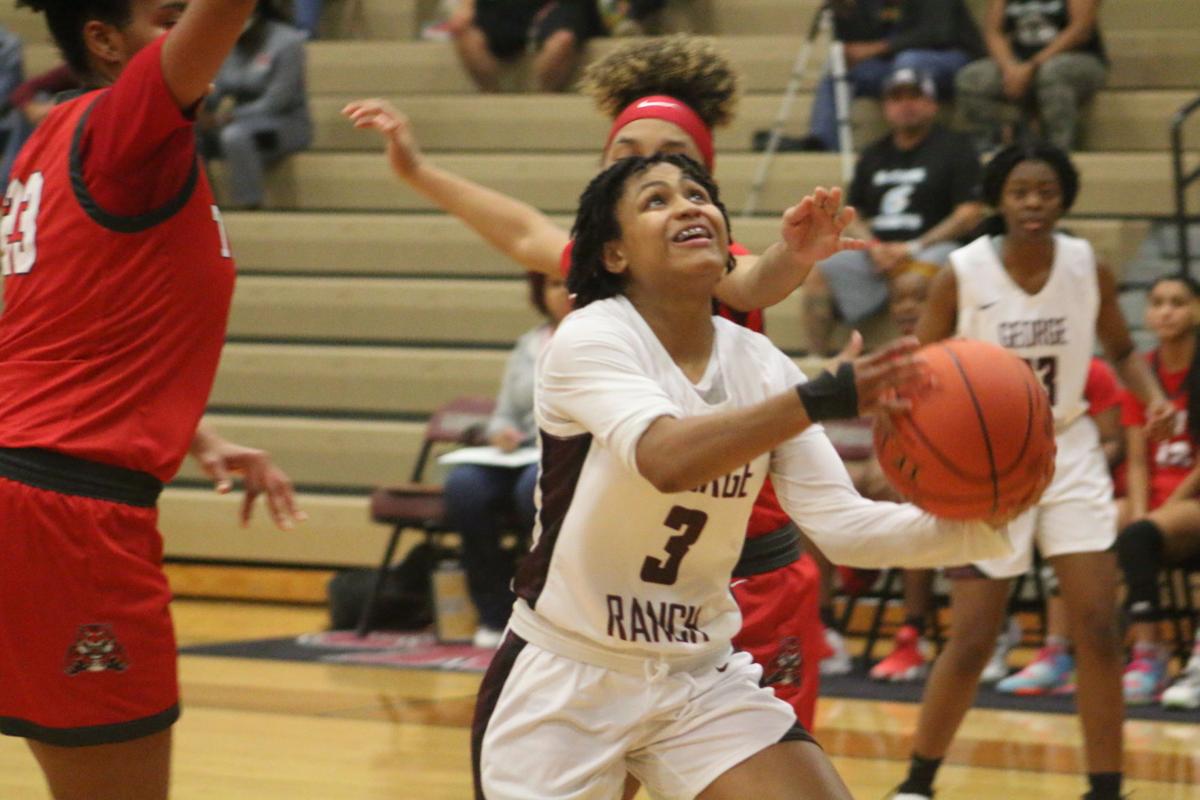 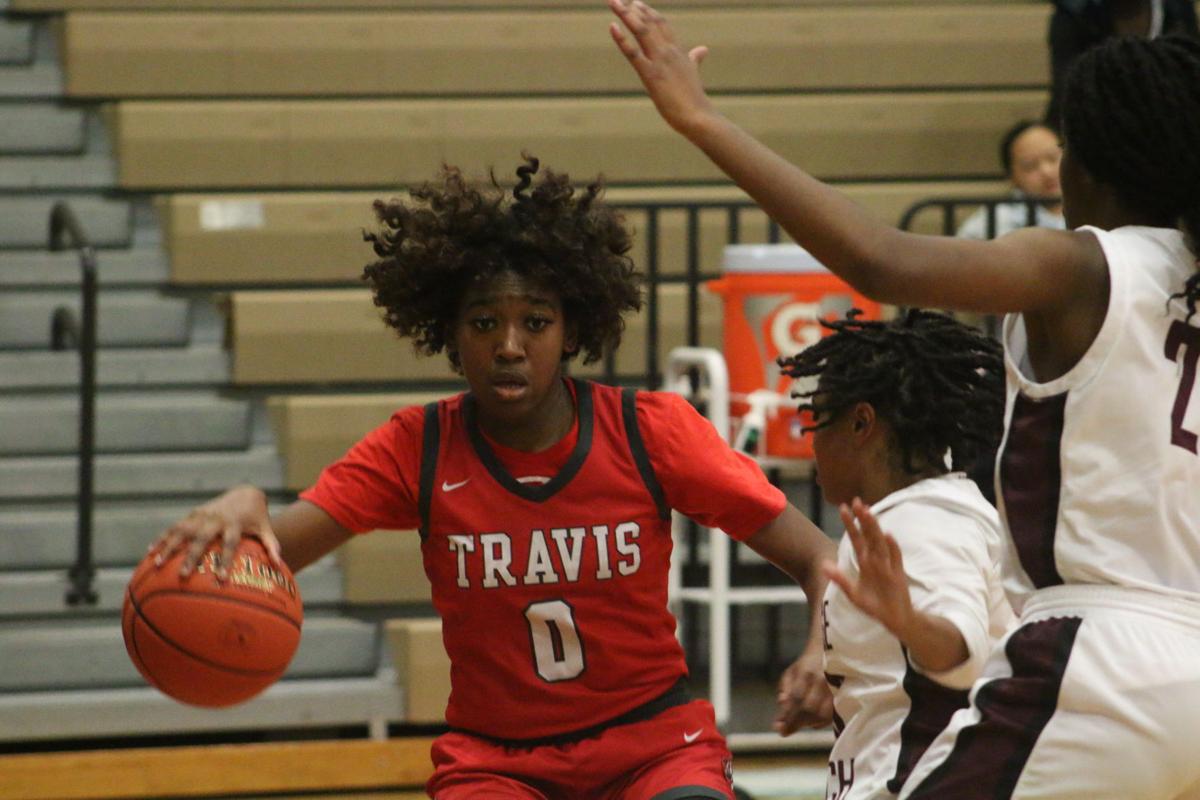 Travis’s Kentarah Upchurch searches for an open look at the basket during Wednesday’s game against George Ranch.

Travis’s Kentarah Upchurch searches for an open look at the basket during Wednesday’s game against George Ranch.

The Longhorns shut down the Lady Tiger offense in the final three minutes and did not allow a point.

George Ranch started strong, opening the game on a 7-0 run. Travis rallied back with a 10-3 run to take the lead at the end of the first.

The second quarter was like deja vu for the Longhorns. George Ranch began the quarter on a 9-3 run before letting Travis regain the lead with an 8-0 run to close the quarter.

Kentarah Upchurch and Callie Goodly were instrumental in keeping Travis in the game, combining for 25 of the team’s 42 points.

George Ranch’s offense led by junior Leslie Forun continued the team’s hot start into the second half. However, the Longhorns’ defense clamped on multiple scoring opportunities for the Lady Tigers.

George Ranch went into the final frame with a 37-32 lead.

The struggling Lady Tigers refused to stay down in the fourth quarter and cut the lead to three with 2:58 to go.

After a George Ranch timeout, senior guard Savannah Velazquez put on a show for the audience.

Velazquez played keep-away with Travis defenders and excited the crowd with ankle-breaking moves that put many scrambling Lady Tigers on the hardwood.

The Travis offense was unable to keep up and ultimately saw the game get away from them.

Forun led the Longhorns with 24 points, followed by Velazquez’s 14.

“I don’t think they (George Ranch) were expecting us to play that hard but each game we are getting better and I’m glad we are starting to show how we can play,” Little said. “We just got to finish the game like we started it. We have to stop getting down on ourselves and learn to take the goods with the bads and be mentally tough.”

The Lady Tigers remain on the road for a clash with Bush while the Longhorns travel to Fort Bend Austin. Both games are set for 1 p.m. Saturday tip-offs.