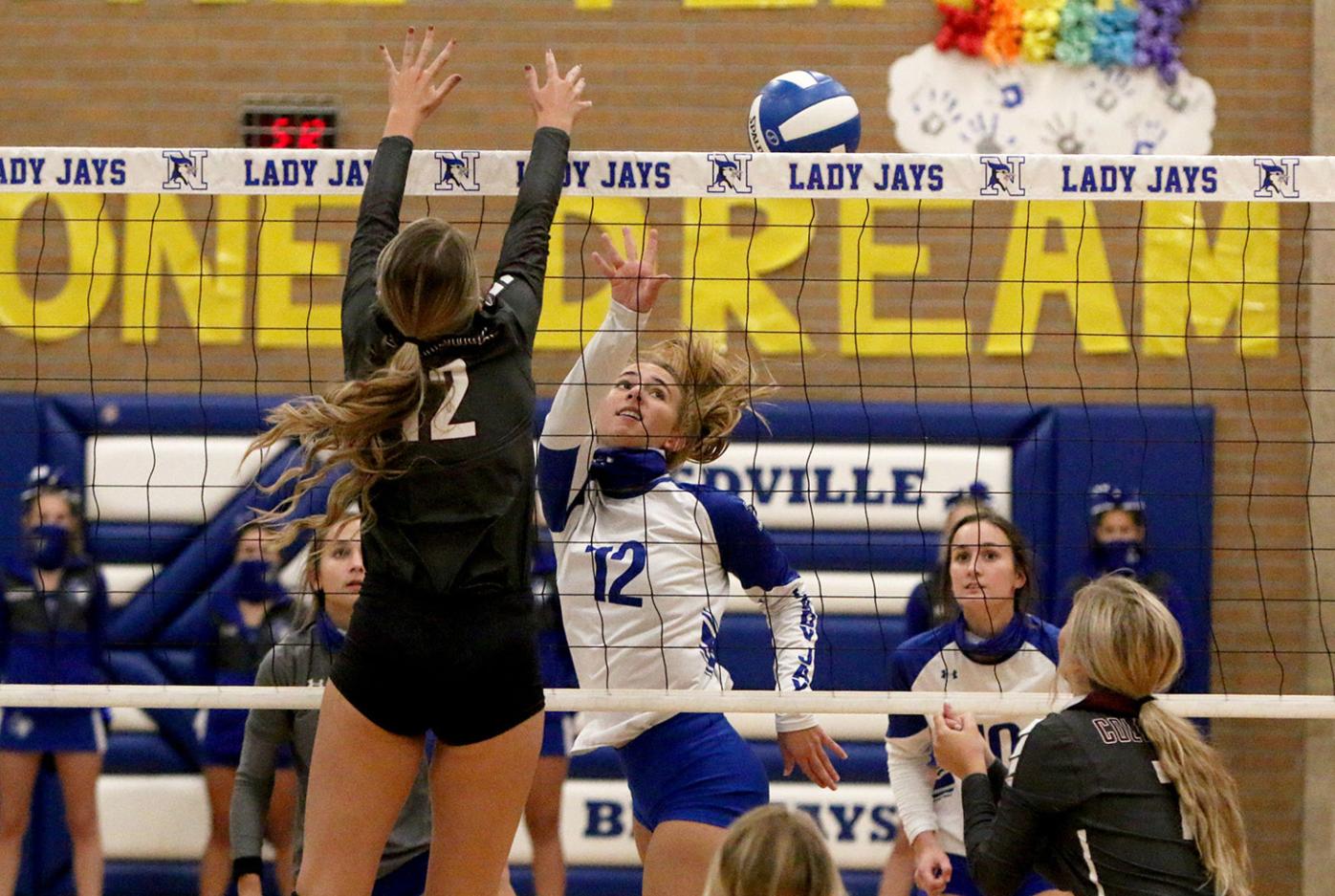 Needville senior Mikayla Mikeska deflects a ball away from the net against Columbia Tuesday in Blue Jay Gym. 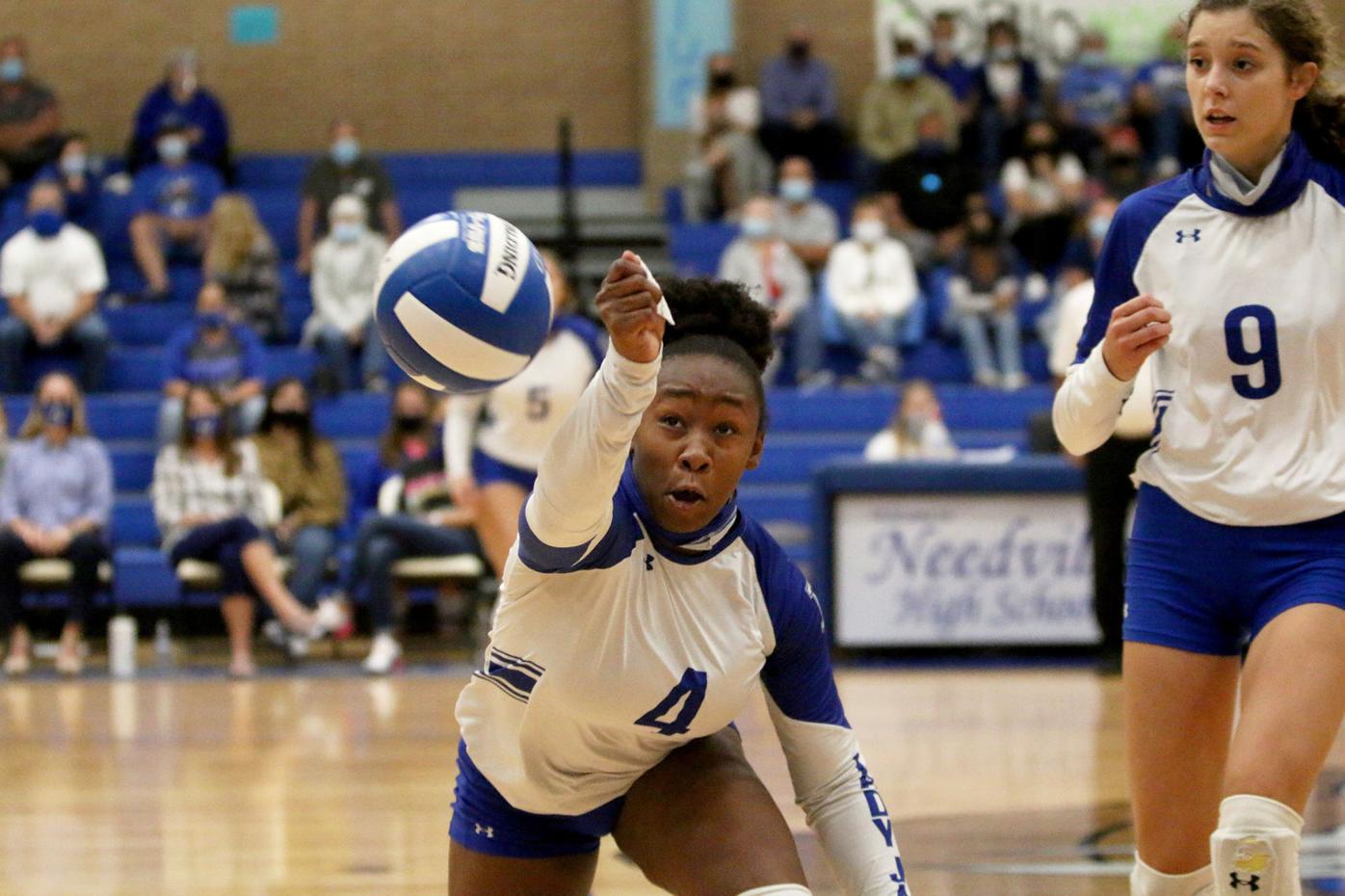 Needville junior Maya Scott attempts to save a loose ball against Columbia. 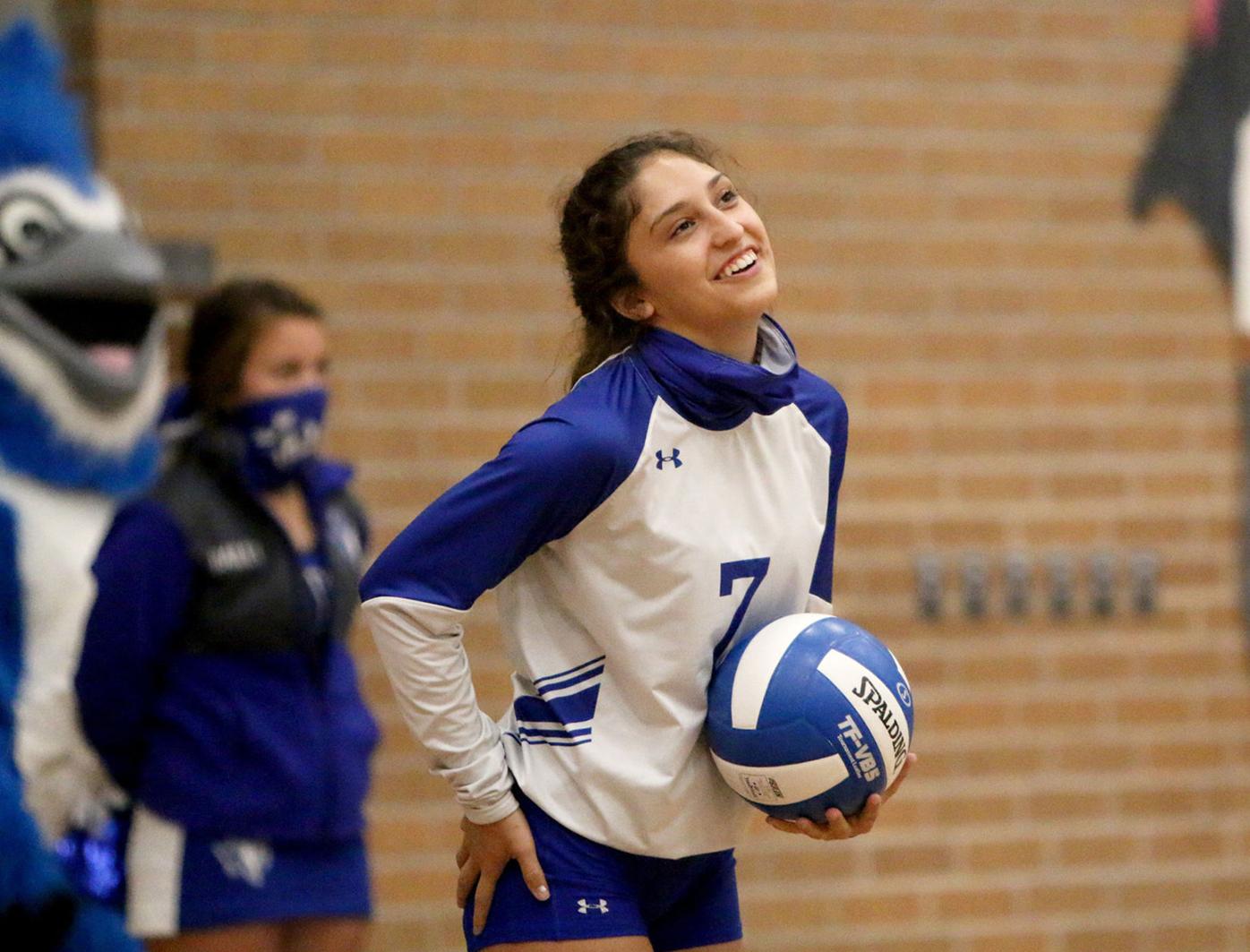 Needville senior Bri Pena shares a smile before serving the ball against Columbia. 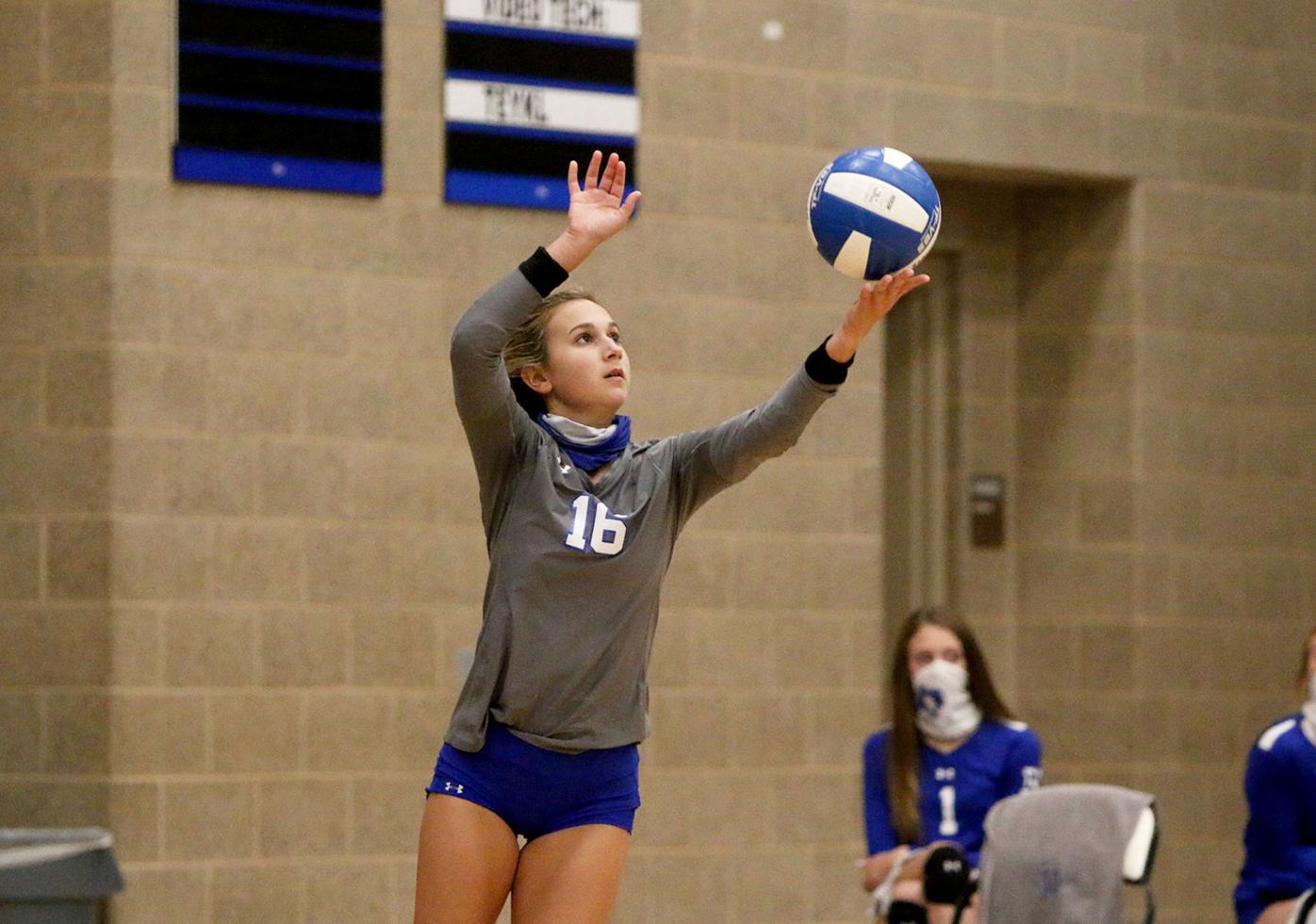 Needville senior Mikayla Mikeska deflects a ball away from the net against Columbia Tuesday in Blue Jay Gym.

Needville junior Maya Scott attempts to save a loose ball against Columbia.

Needville senior Bri Pena shares a smile before serving the ball against Columbia.

NEEDVILLE — The small signs of normalcy continue to return to Blue Jay Gym.

The team banner and individual portraits are hung high on the wall.

Cheerleaders have returned root on the home team.

The stage for the No.1 state-ranked Needville High School volleyball team gets a little more normal through the abnormal season, and the Lady Jays continue to do their normal thing: win.

“We didn’t play as crisp as we did last Tuesday,” Needville head coach Amy Schultz said. “But they did a good job.”

Needville sprinted out to a 19-3 lead in the opening set when head coach Katy Wagner called time to regroup her team.

Columbia scored the next three points on Needville errors, but Needville was able to close out the opening set with kills from junior Sarah Doggett and senior Mikayla Mikeska.

The Lady ’Necks were able to grab a lead in the second set, 5-1.

A Columbia kill recorded the first point and Needville errors that put the Lady ’Necks ahead early.

But the lead would be the high point for Columbia. Needville went on a 7-1 run to take back the lead behind kills from senior Maddy Hrncir and junior Ashley Fojtik.

Fojtik severed up an ace to put Needville in front, 14-9.

Hrncir recorded three kills that extend the advantage to 20-11.

A tip by junior Maya Scott along with points scored by Hrncir and Fojtik closed out the second set.

Needville didn’t waste any time getting a lead in the third set.

Fojtik found a soft spot in the defense with a tip to place Needville in front 7-3.

Fojtik continued to be in the center of the action with a kill and block with junior Yasmyn Ochoa.

Needville was up 14-5 when Columbia called for another break in the action.

Hrncir and Fojtik scored before the wheels started to fall off for Columbia.

Three straight errors by the Lady ’Necks set the score at 21-6.

Fojtik broke that streak with a kill before three more errors ended the match.

Hrncir finished with the team lead in kills with 15. Fojtik also reached doubled digits with 10 while she added four blocks.

While the Lady Jays are No. 1 in 4A, coach Schultz still areas for improvement.

“(I want to see) a quicker offense,” Schultz said. “My players call for faster balls and my setters are getting it there.

“(We need to be) more consistent with a quicker, lower ball.”

Bryson DeChambeau's unique approach to the game of golf

Remembering the Original 9, the pioneers of women's tennis