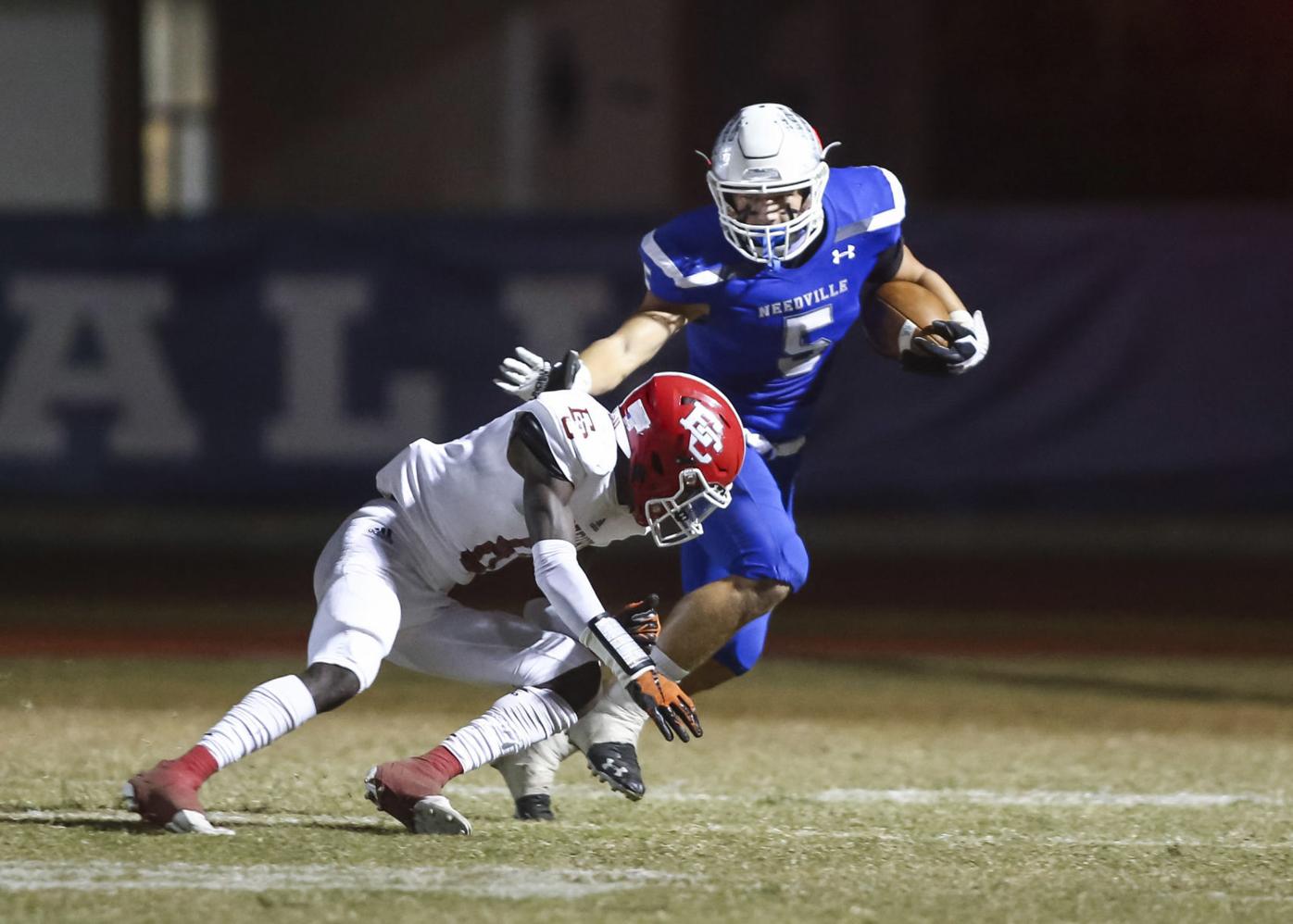 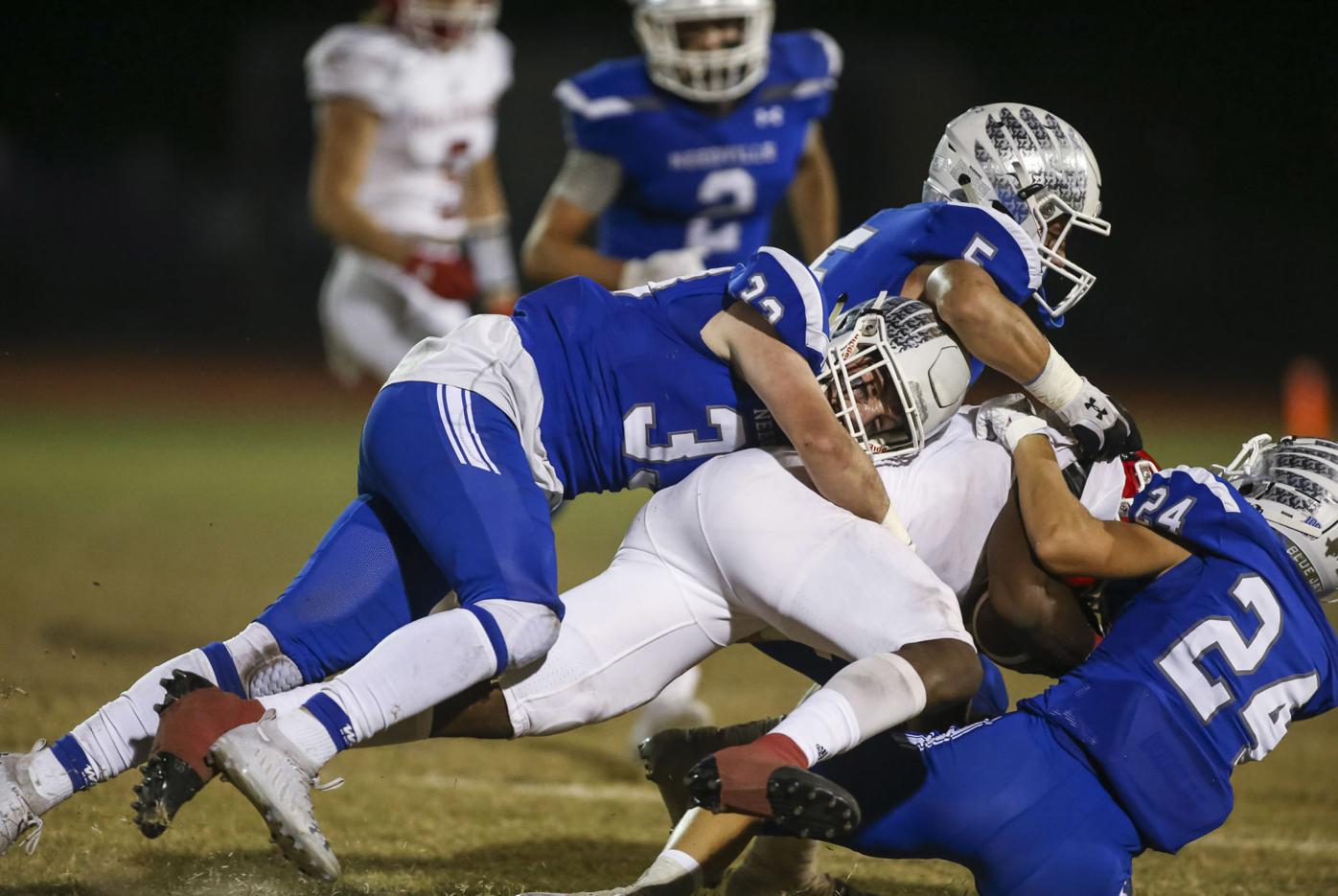 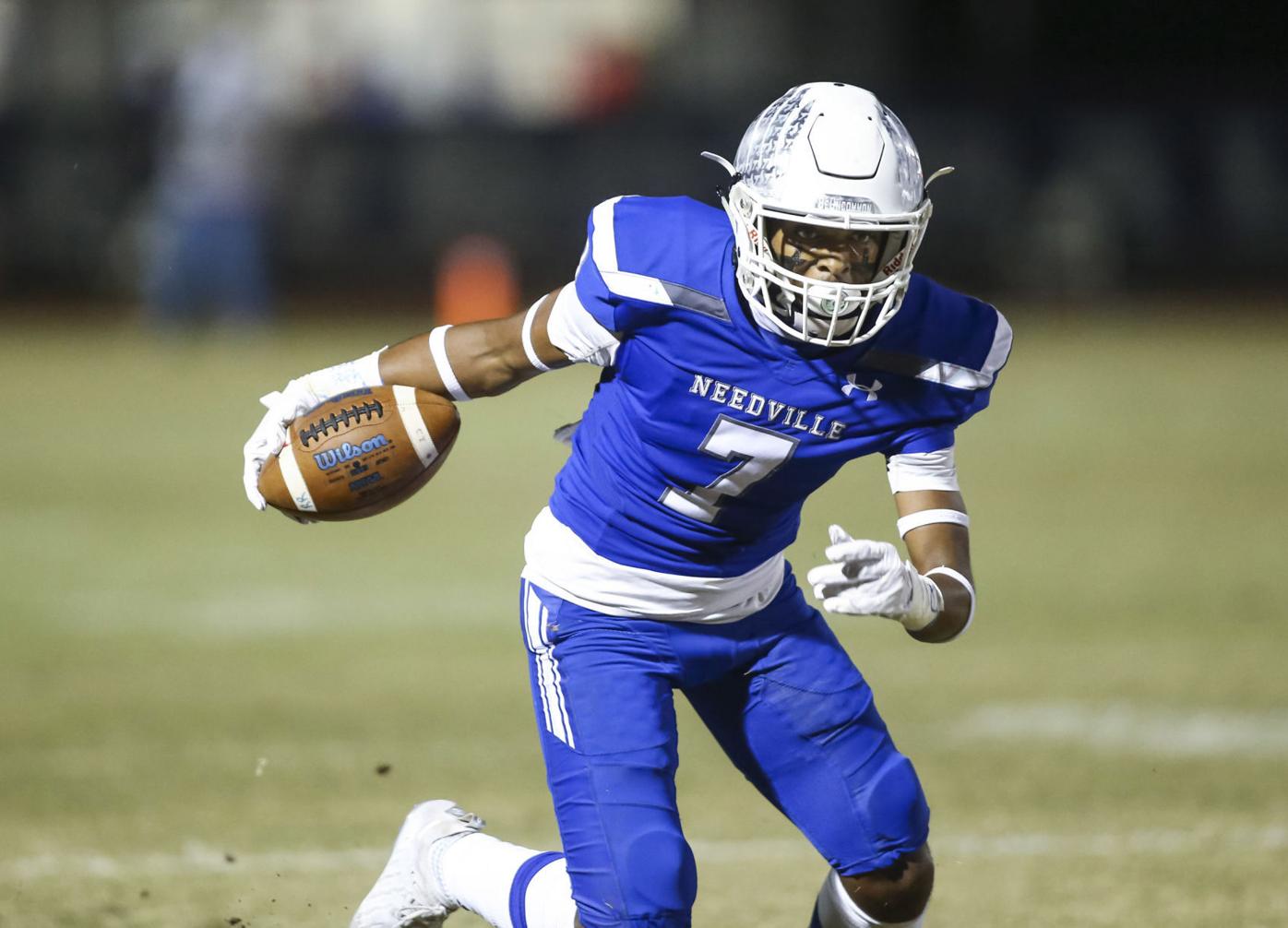 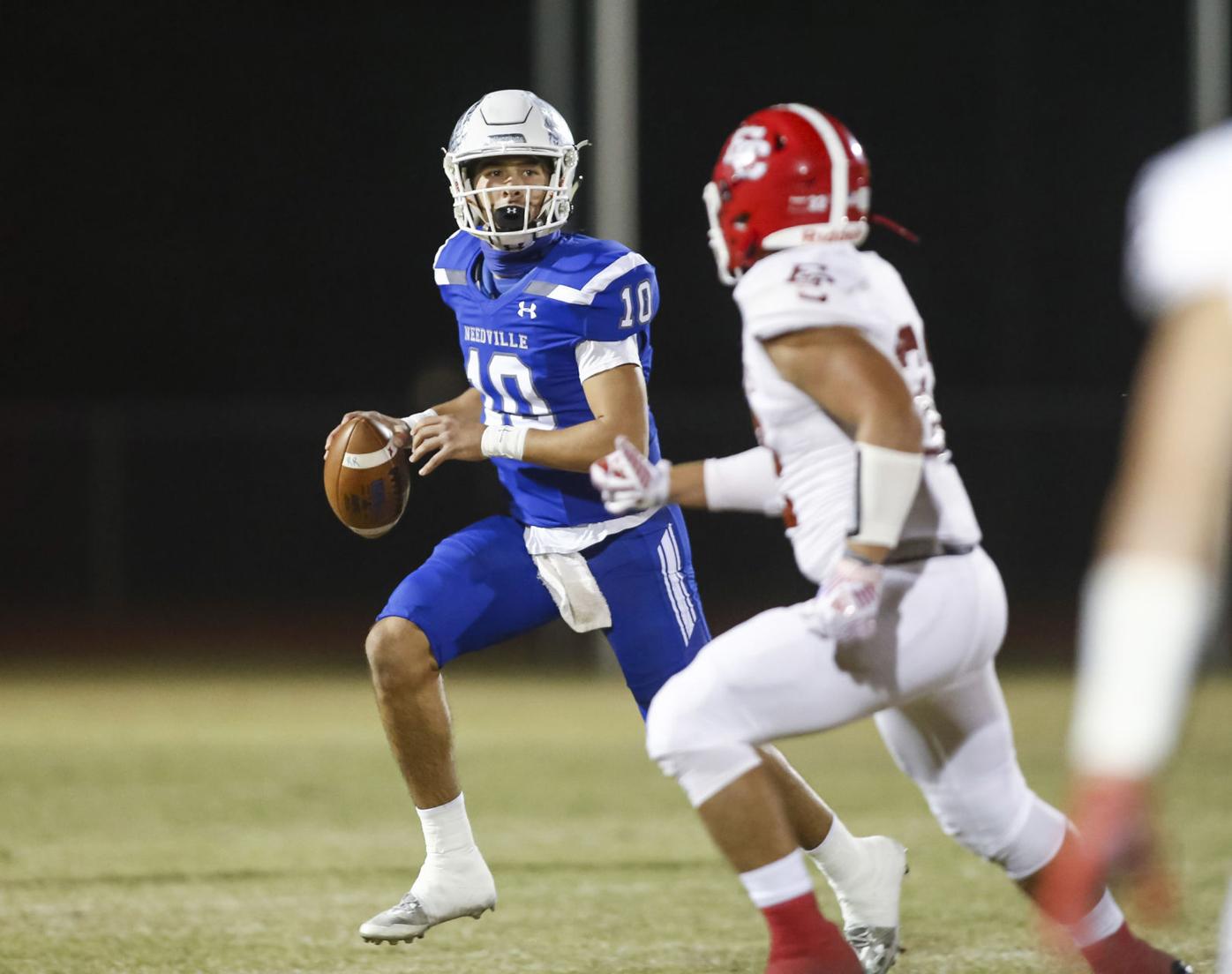 NEEDVILLE – Needville head coach Mike Giles wasn’t too disappointed in his team’s effort to win its second straight district title. The effort was there, but the execution wasn’t consistent enough.

The Blue Jays held their own against No. 6 El Campo at times, but the Ricebird rushing attack was too talented and too much in a 40-21 win Friday night at Blue Jay Stadium as El Campo wrapped up an undefeated District 12-4A DI schedule.

Now Needville needs to put this one game behind them and prepare for opening the 4A Division I playoffs.

“If we just executed and take care of our assignments, we’re OK,” Needville head coach Mike Giles said. “We had stuff there, but we had breakdowns in protection and a couple of mistakes here and there.

El Campo’s three-headed rushing attack was tough for the Jays to control early on. Reuben Owens had a 29-yard run on the first drive of the game to set up his 10-yard touchdown run out of the wildcat formation to put the Ricebirds up 7-0.

Meanwhile, Needville’s offense struggled to get going, as the passing attack couldn’t connect early and Warncke couldn’t break through for any big yardage.

That allowed El Campo to control the game with its running attack. Early in the second quarter, a strong punt return and a Needville penalty put the ball at the Blue Jay 9-yard line, and Johntre Davis scored from a yard out three plays later to put the Ricebirds up 14-0.

Needville’s struggles continued as quarterback Trevor Baker’s pass was intercepted in the end zone by Owens. Then on the very next play, El Campo quarterback Cullen Braden faked the handoff to Davis and took off down the sideline for an 80-yard touchdown run to make it 20-0 after the missed extra point.

A short kickoff boosted the Blue Jays on the ensuing drive, going 51 yards on eight plays, capped by a 5-yard touchdown run by Warncke to put Needville on the board.

Needville (6-4, 4-1) needed to score quickly to get control of the game. Baker found receiver Brandon Glover for 29 yards, which would lead to a 6-yard touchdown pass from Baker to H-back Diego Ochoa to cut the deficit to 13 points midway in the third quarter.

But momentum turned quickly back to El Campo’s favor as Owens exploded and powered over Blue Jay defenders for a 57-yard touchdown run that put the Ricebirds up 33-14.

The Jays had one more chance to get back into the game early in the fourth quarter as Baker hit receiver black Maresh for 19 yards and then Baker got a 25-yard run, followed by a 16-yard scamper by Warncke to get to the Ricebird 4. Warncke scored on the next play to put Needville within 12 with 10 minutes left in the game.

The Blue Jay defense needed a stop to keep their hopes alive, but it didn’t happen. Owens took a handoff, went to his right, made a cut near the sideline and went back to his left for a 78-yard touchdown run that put the game away for El Campo, which has won its seventh game in a row.

The loss is the first for Needville in its last seven games, ending a six-game streak.

But Giles hopes his team will quickly put this game out of their minds as the Jays enter the 4A Division I playoffs. No information yet on Needville’s first-round opponent and when and where the game will be played.