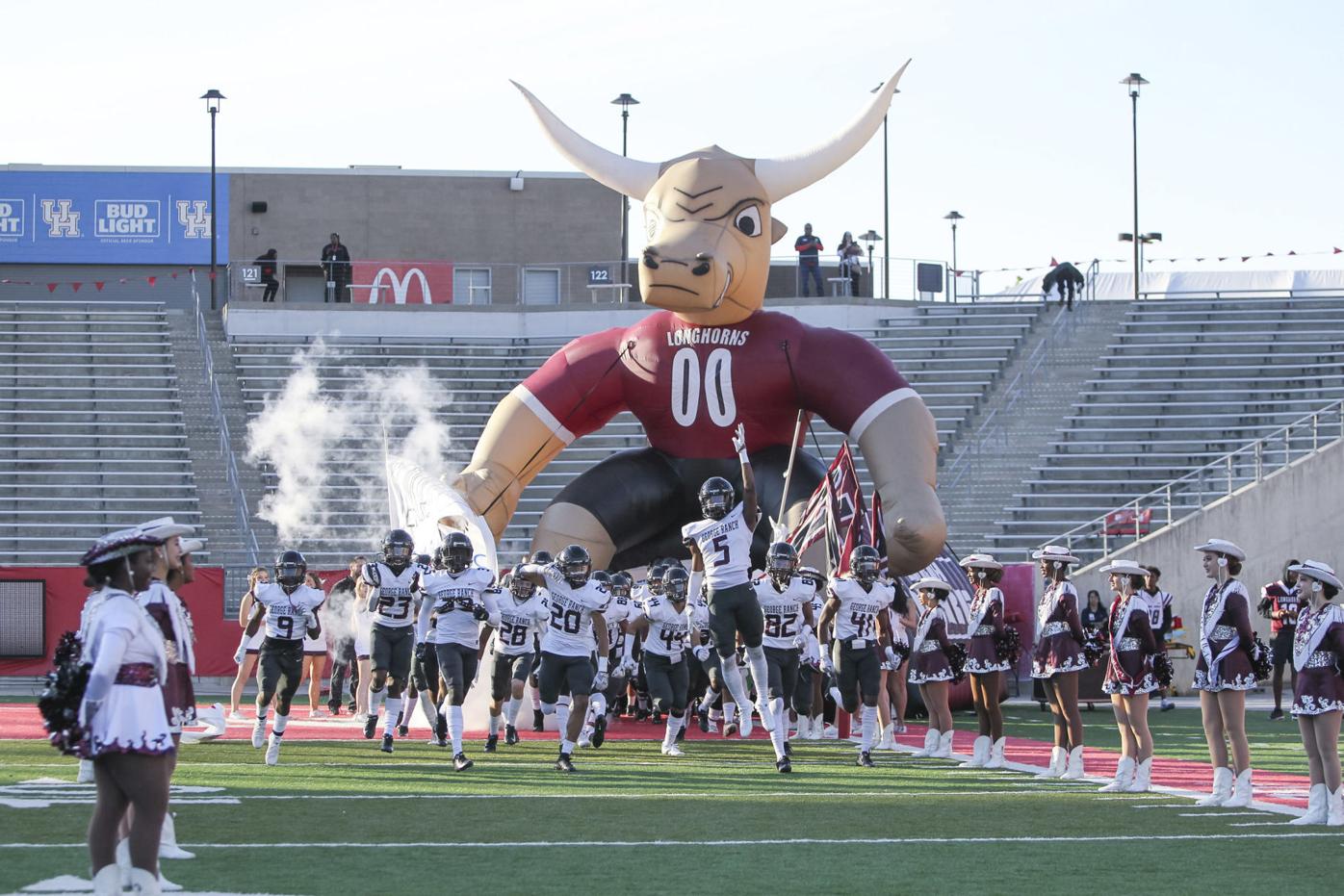 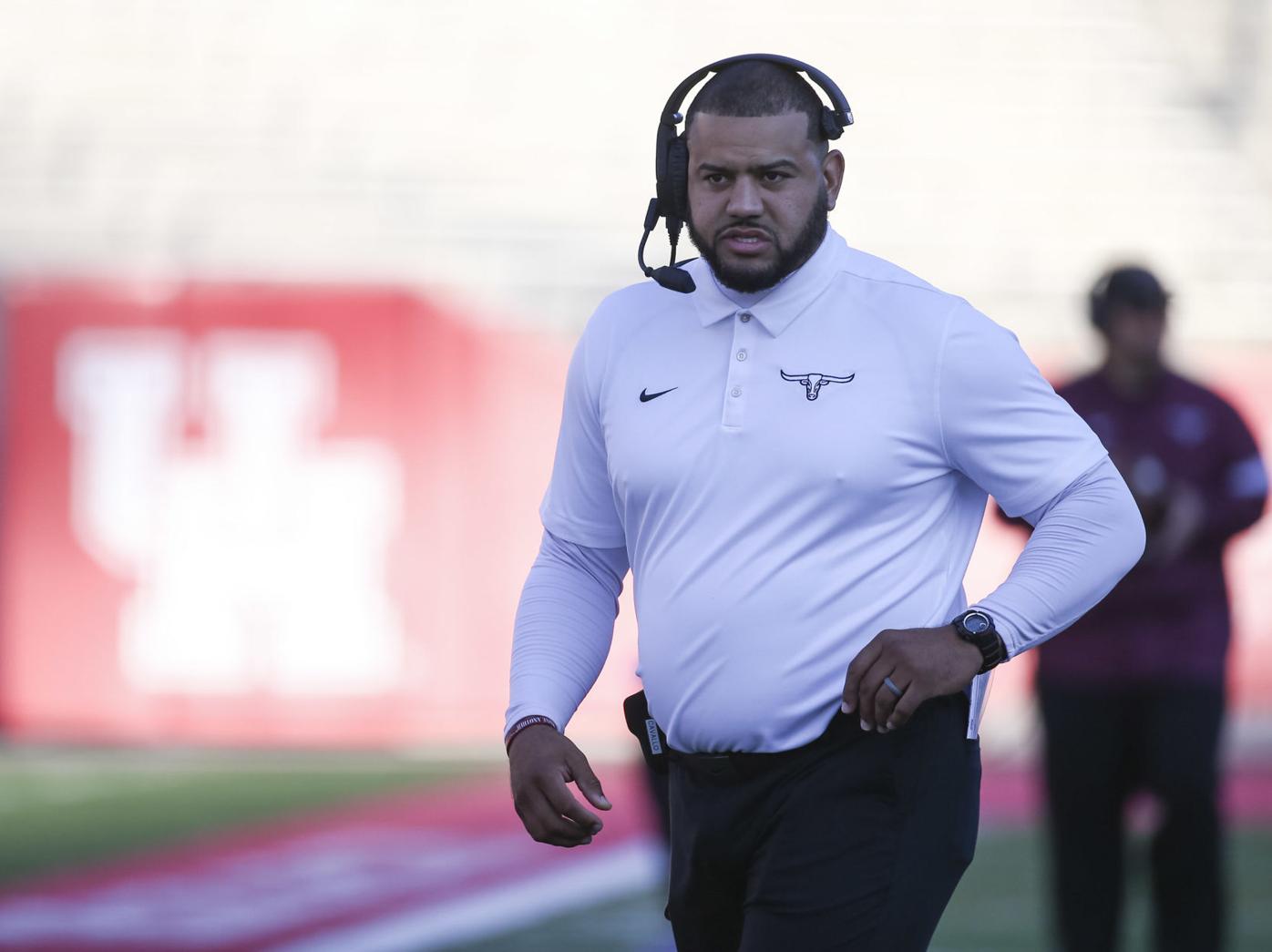 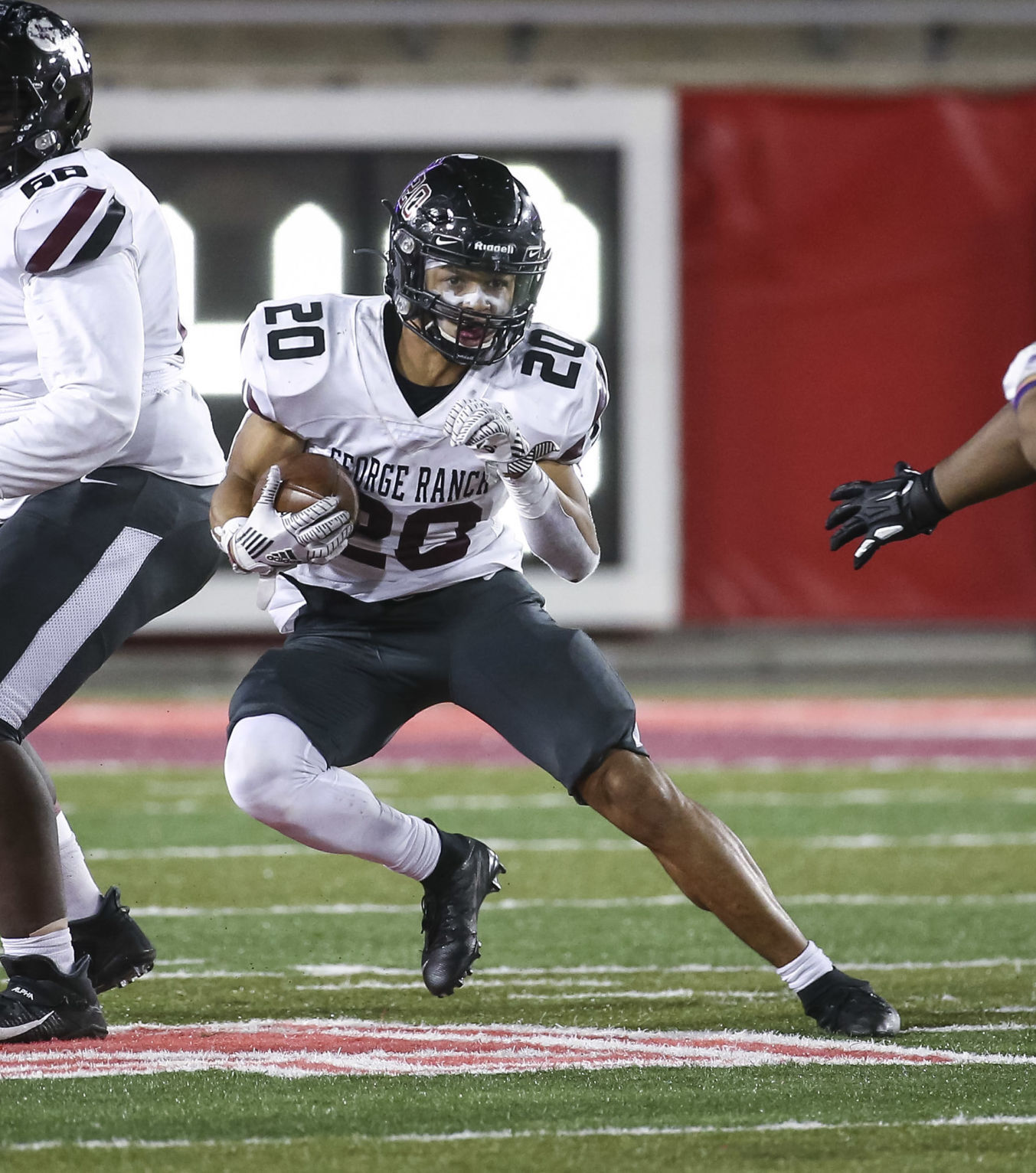 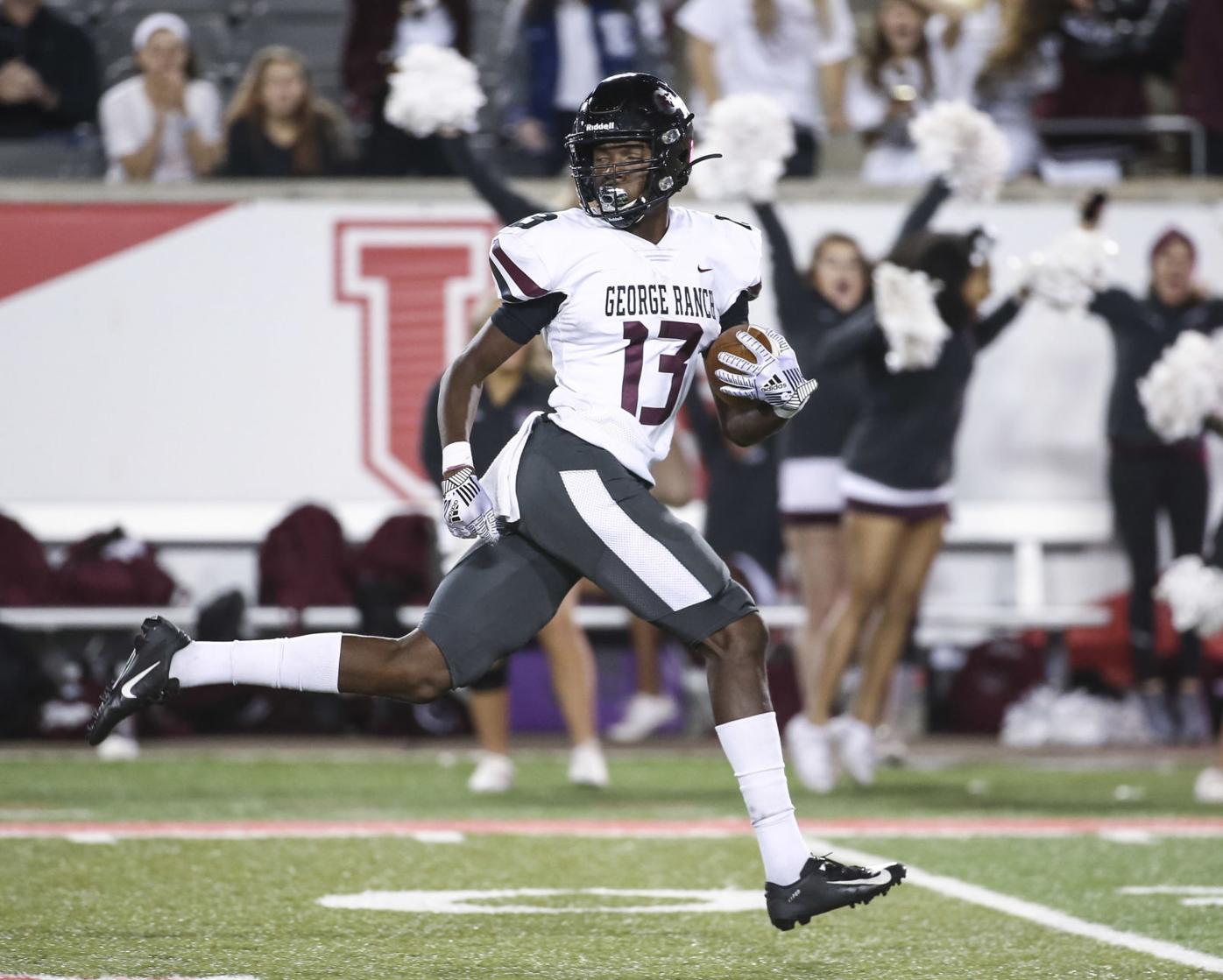 George Ranch senior Javon Gipson is back for his final year with the Longhorns.

George Ranch senior Javon Gipson is back for his final year with the Longhorns.

The fact that it is technically faster to drive to Mercer Stadium than it is to Traylor Stadium from George Ranch High School is one of those oddities.

Both stadiums are about eight miles away from the home of the Longhorns, but Mercer has a longer stretch of highway to cut down the travel time.

That fact will be useful with George Ranch moving over from District 23-6A to District 20-6A for the next two seasons.

The Longhorns will now face seven other programs across Fort Bend County in order to earn a district title after previously facing a tough slate against Pearland, Dawson and Strake Jesuit.

"I think you have different challenges any time you come into a new district," George Ranch head coach Nick Cavallo said. He added the familiarity between the kids presents a new challenge.

"We don't necessarily have those built-in rivalries we've had for the past two years with the Pearland schools, Alief schools or Strake Jesuit. We had a little with Strake since we had some kids from the area that go there.

"But now, a lot of the kids from Travis, Austin and Ridge Point, they played Little League together.

"Now it adds to the competitive level. It is a different feeling when its someone that you know."

In year three with Cavallo, George Ranch has been building for this season.

The Longhorns earned their first playoff victory in Class 6A and first since the program won the 5A-DI championship in 2015 last season.

After a slow start, the George Ranch offense averaged 35 points during its two playoff games.

Coach Cavallo's team is hoping to continue to build on that offensive success with plenty of returning talent.

"We're ready for the year," Cavallo said. "Right now, we can come out with our first two units and run our base offense.

"Defensively, it is the same thing. We have one or two spots where we're still figuring a few things out, but they can all go out and run our base defense from day one.

"We're so far ahead from where we even finished the season last year."

Senior quarterback Sam Miller will be under center for the third season after throwing for nearly 2,000 yards and 20 touchdowns in 2019.

Gipson caught 29 passes for 637 yards and nine touchdowns last season. He finished the year with 20 receptions for 447 yards and six touchdowns in his final three games.

George Ranch junior running back Hymond Drinkard had a breakout sophomore campaign, after rushing for 1,000 yards and 12 touchdowns.

The defense also features a handful of headline players with defensive end Dave Babalola. Cavallo believed Babalola would have a handful of college scholarships offers during a normal offseason.

For now, the Longhorns are taking full advantage of summer workouts and sports-specific instruction.

George Ranch will get more than a month of extra work while the rest of District 20-6A in Fort Bend ISD has been barred from workouts until face-to-face instruction is allowed on campus.

George Ranch hopes to crack the playoff ranks with Travis, Ridge Point, Elkins, Bush and Austin being the teams aiming for the four top spots.

"It will be a challenge to face these Fort Bend schools because we haven't played them in a while," Cavallo said. "We don't necessarily know what they do offensively and defensively. We'll have to figure that out from film study."