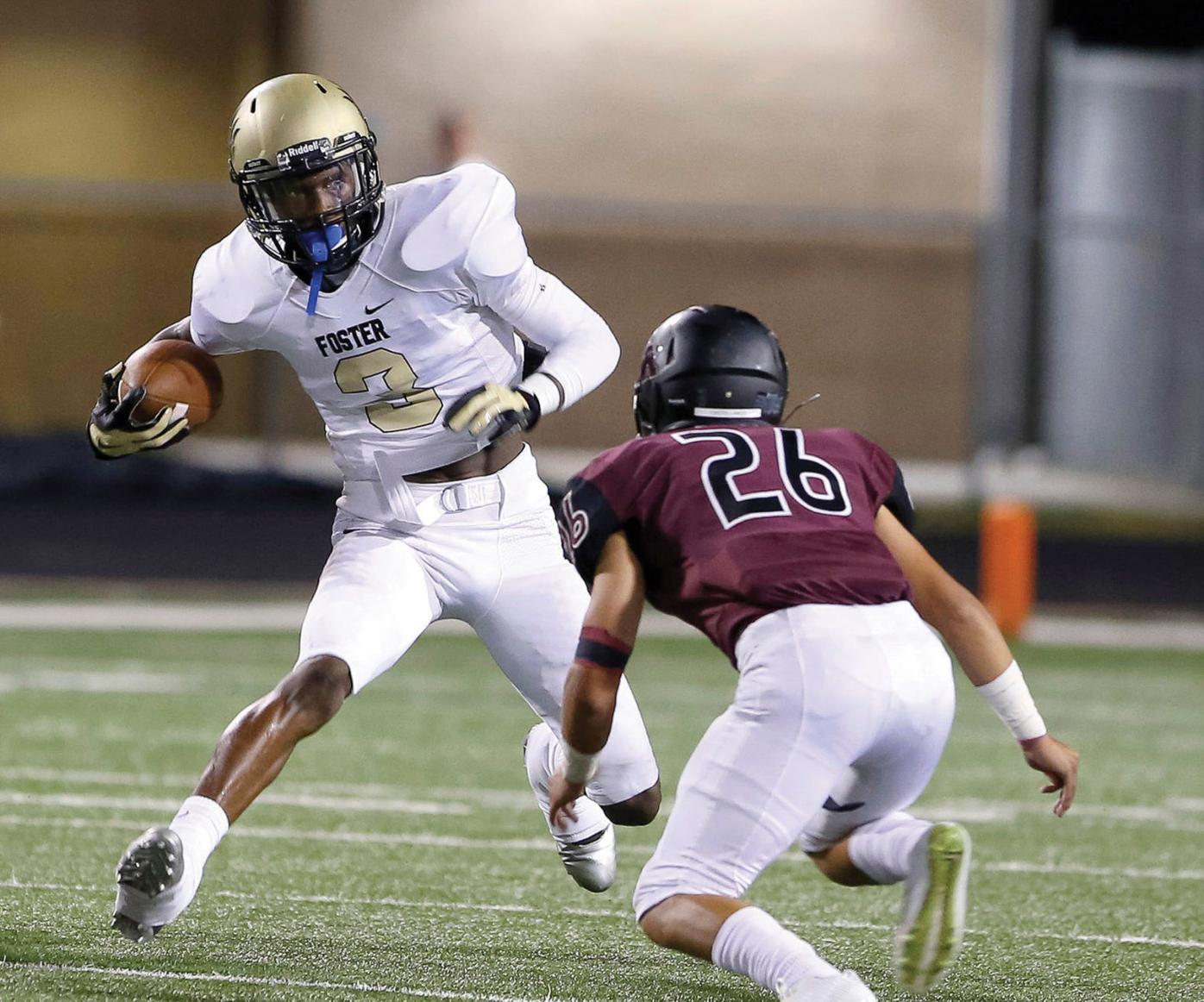 Foster product CeeDee Lamb will wear No. 88 with the Dallas Cowboys.

Foster product CeeDee Lamb will wear No. 88 with the Dallas Cowboys.

Former Foster football star and recently drafted Dallas Cowboy CeeDee Lamb tweeted shortly after draft day about wearing No. 10 with the Cowboys. The team owner Jerry Jones had other ideas.

Lamb will be wearing No. 88 as did Cowboy greats Drew Pearson, Michael Irvin and Dez Bryant.

Jones wanted to honor his late friend Jerry Lamb, who wore No. 88 as a teammate at the University of Arkansas. At the same time, Jones’ decision continues the tradition of the number with Cowboys receivers.

“I said in honor of my great friend who just passed this year that we’re going to have his namesake come on here and wear old number 88. Just like Michael and Dez and those guys,” Jones said. “And we’ve got us a wide receiver. And let me tell you one thing if he’s got the competes and heart of that Jerry Lamb, he’ll be bad to the bone.”

Collegiate wrestling has a small pool of scholarships to hand out but Foster senior Brahn Howard earned a spot in that pool. Howard, a two-time state qualifier and 2020 state runner up, committed to wrestle at Texas Wesleyan University.

Texas Wesleyan is located in Fort Worth and the Rams are a member of the Sooner Athletic Conference Championship and the NAIA.

Foster water polo has reached the heights of the sport at the Texas high school level. That has resulted in the Falcons sending multiple members of the team to the college ranks.

For the second straight year, a Falcon will be heading to Iona College. Jori Aventurado is joining Drew Miller from the Class of 2020 at Iona.

George Ranch product Ty Abraham has announced his next step in his collegiate baseball career on Sunday. Abraham is transferring from Paris Junior College to McNeese State University.

Abraham didn’t see any game action during his freshman year at the University of Houston, resulting in his heading to junior college. At McNeese State, Abraham will play in the Southland Conference. The Cowboys won the 2019 Southland Conference tournament and played in the NCAA baseball tournament for the first time since 2003.

The Cowboys were 10-7 during the 2020 season before play was halted for the coronavirus pandemic.

East Bernard product Kelbi Fortenberry will be donning the maroon one more year. The Texas A&M University outfielder will be taking advantage of the extra year of eligibility generated by the coronavirus pandemic.

“Being an Aggie has been a dream of mine ever since I was little,” Fortenberry said. “Due to the unfortunate events that led to our season being cut short, I couldn’t imagine this being the way I end my career with Texas A&M... I can’t wait to come back and wear the maroon and white one last time.”

Fortenberry started all 26 games and tallied six multi-hit games with the Aggies.

Foster senior Bryson Harrell announced he will be heading to McMurry next season to play both baseball and football.

“It has always been a dream of mine to play both sports in college and I’m blessed to get the opportunity,” Harrell said on Saturday.

Harrell served as kicker, punter and infielder with the Falcons.

Travis senior baseball star Kenneth Dutka will be playing at El Paso Community College next season. The outfielder and pitcher has been an all-district regular for the Tigers.

EPCC is a member of NJCAA Region 5.

Coastal Bend College is located in Beeville and the Cougars are a member of NJCAA region 14.

“I thank my coaches for believing in me and pushing me to be the best player and person I can be both on and off of the field,” Oregon put on Twitter. “ But most importantly I would like to thank my mother and sister for being at every game rooting me on and pushing me towards my dreams every single day.”

Oglethorpe is located in Brookhaven, Georgia and is a member of the Southern Athletic Association (SAA) at the NCAA Division III level.

Foster senior Dennis Everson II is heading north for his college years. Everson committed to play baseball at Mountain View College in Dallas. Mountain View is an NJCAA school that plays in the Dallas Athletic Conference.

Everson was a multi-sport athlete at Foster, collecting 55 tackles (14 solo tackles) as a linebacker. He had four hits and two runs scored in eight games for the baseball team.

Mountain View was 6-15 during the 2020 season under head coach Malcolm Walker.

Midamerica Nazarene is located in Olathe, Kansas. The Pioneers are members of the NAIA Heart of America Athletic Conference.