Starting at
$1.00 for 1 day
Get Started
View all rates
You are the owner of this article.
Edit Article Add New Article
You have permission to edit this article.
Edit
Home
News
Sports
Obituaries
Opinion
Community
Weather
e-Edition
Special Sections
Classifieds
Pay My Bill
1 of 12 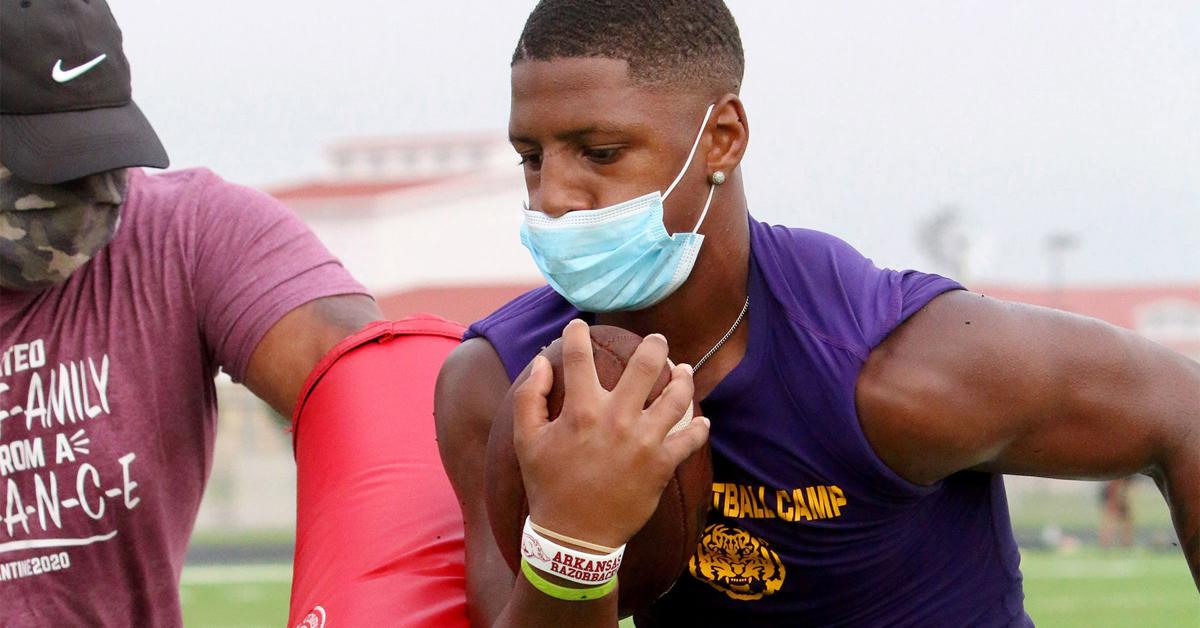 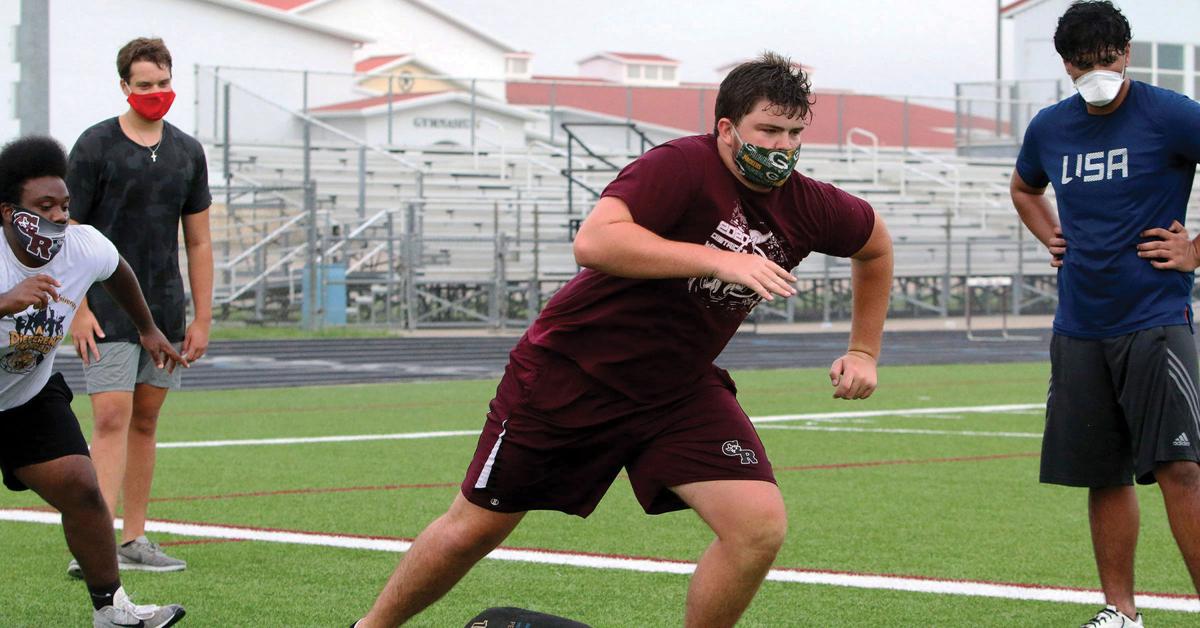 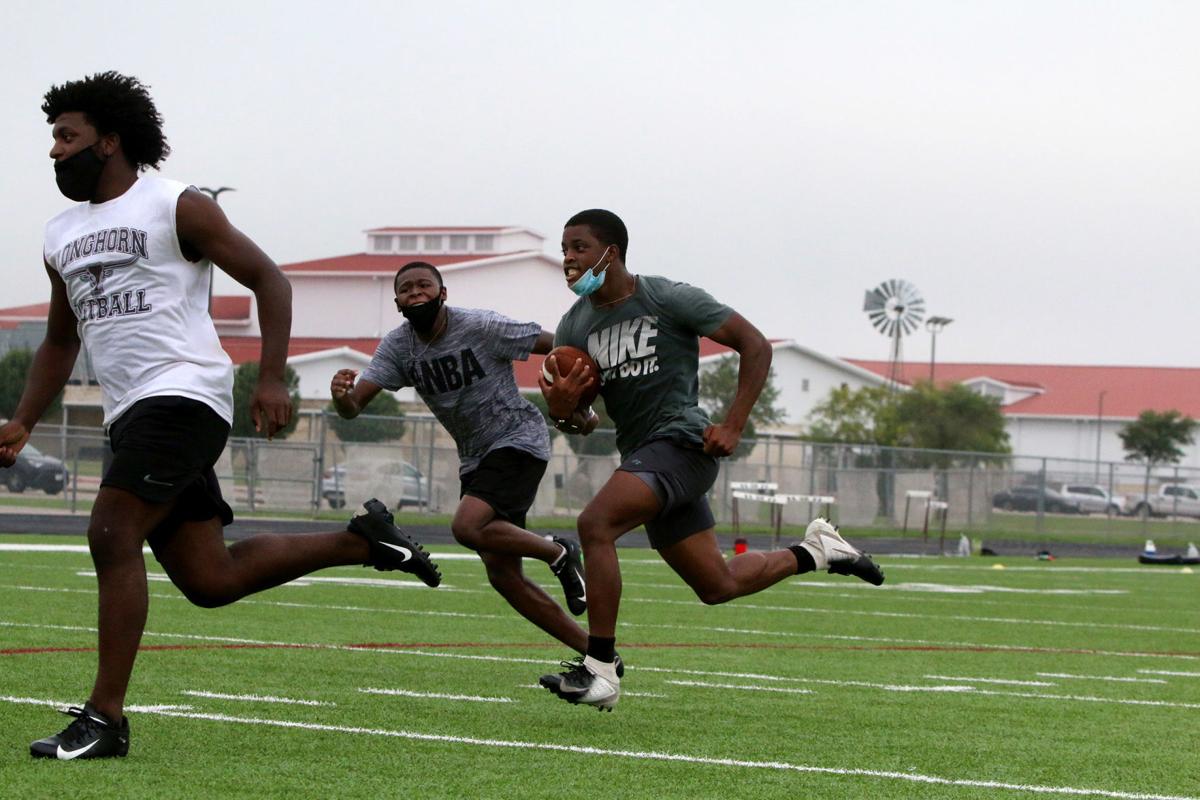 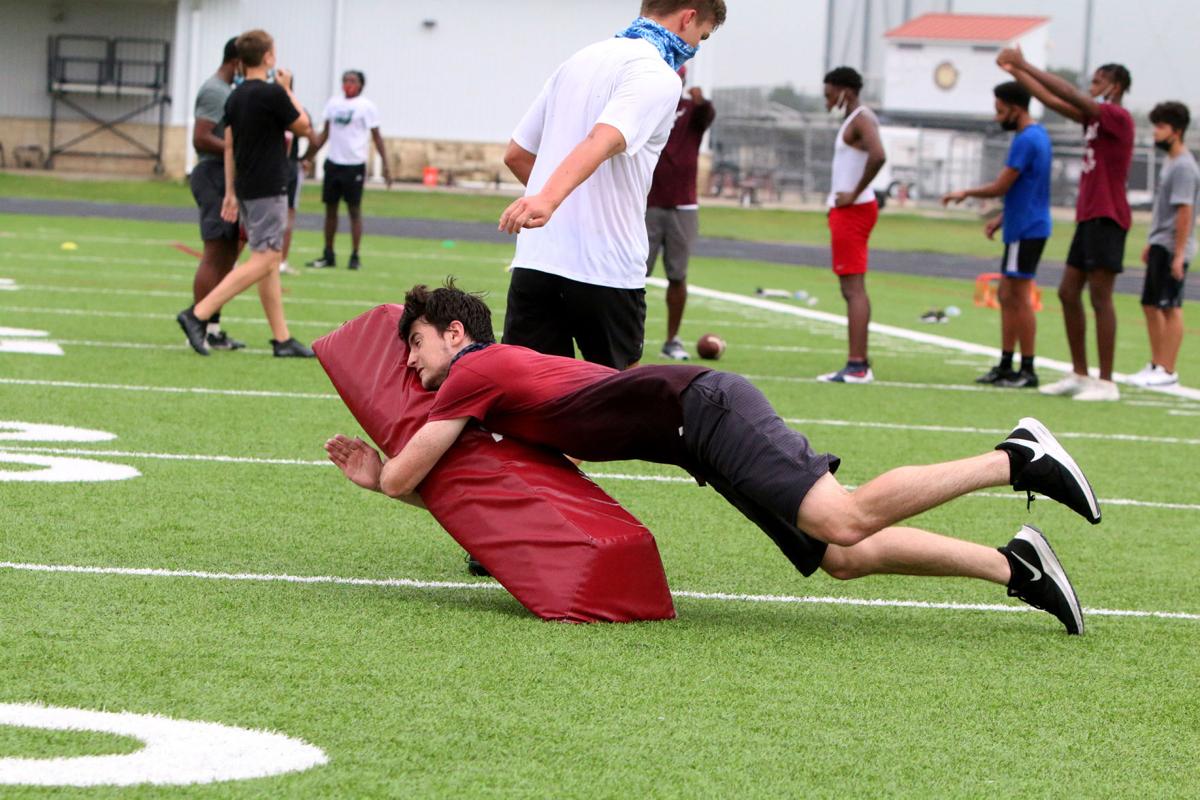 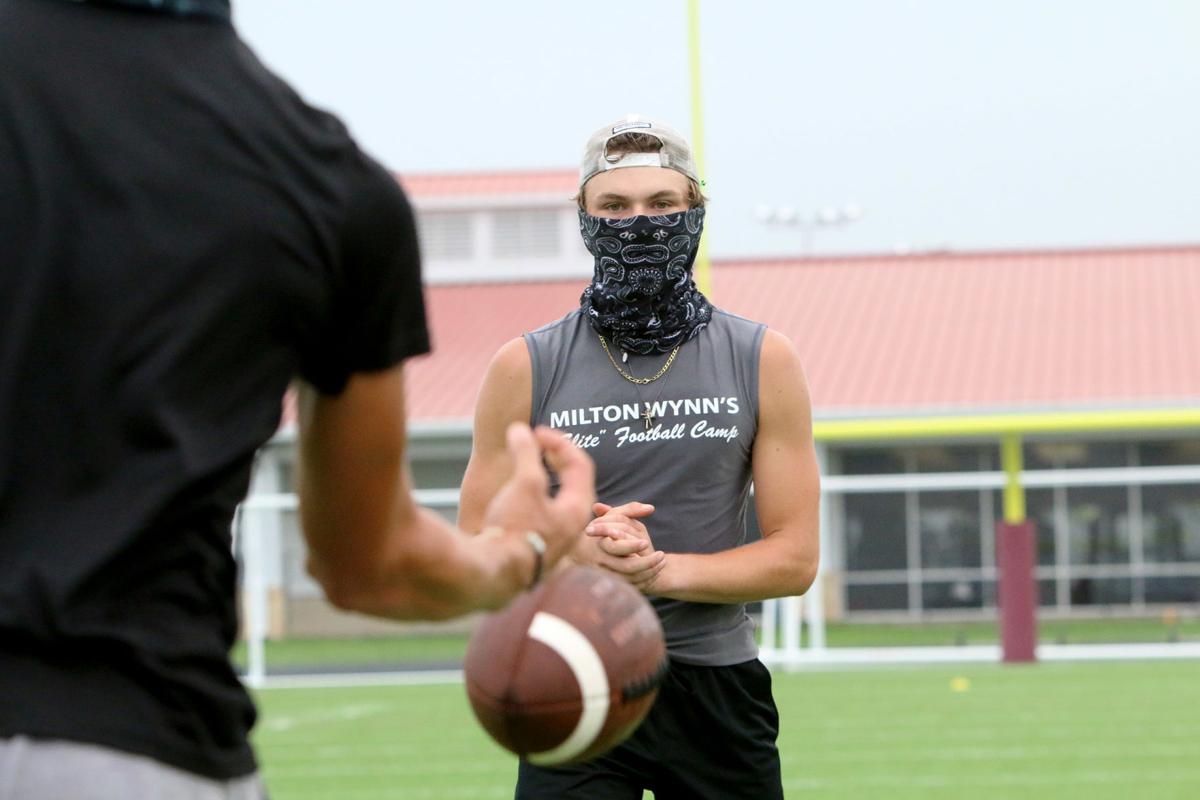 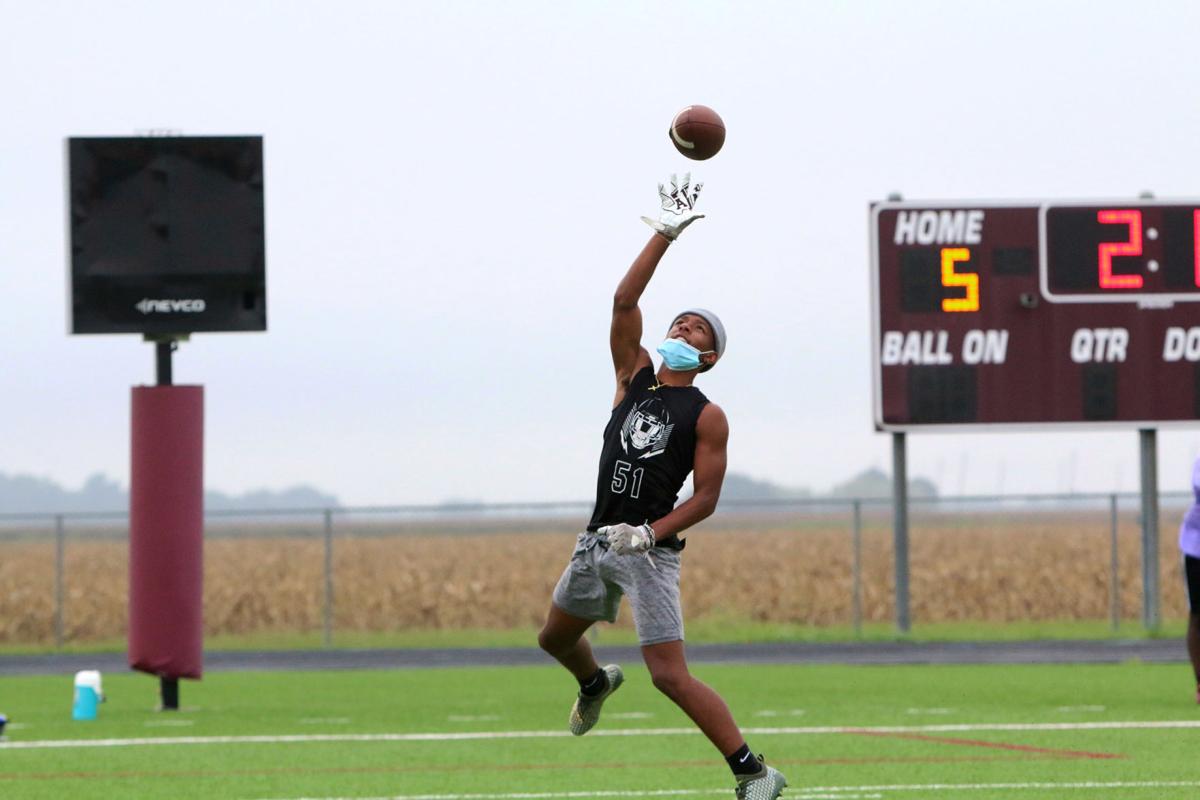 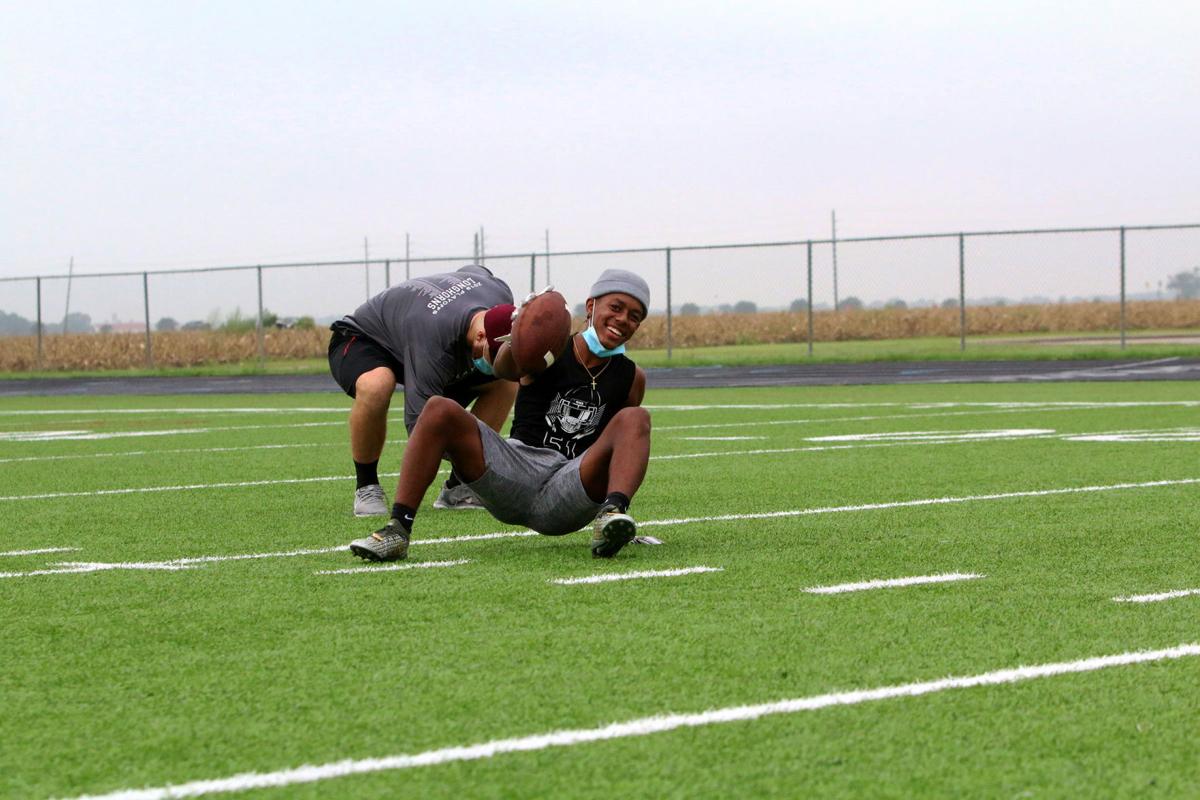 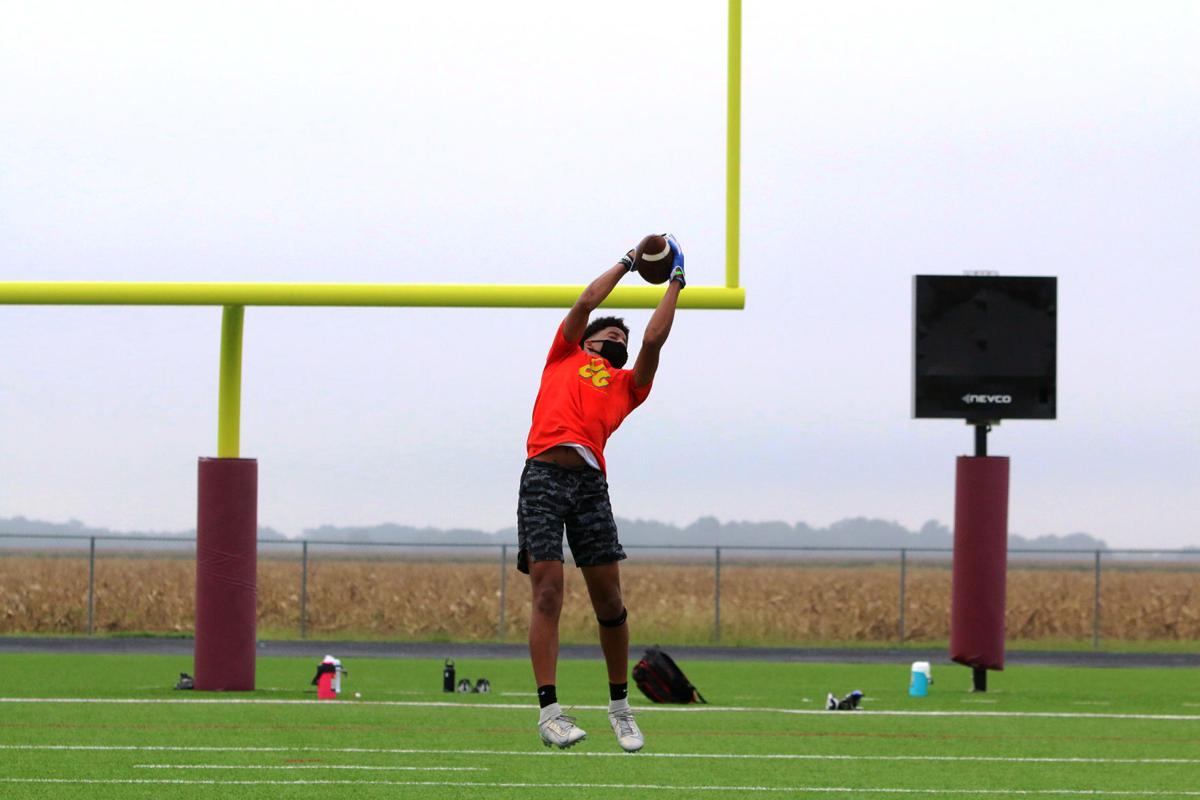 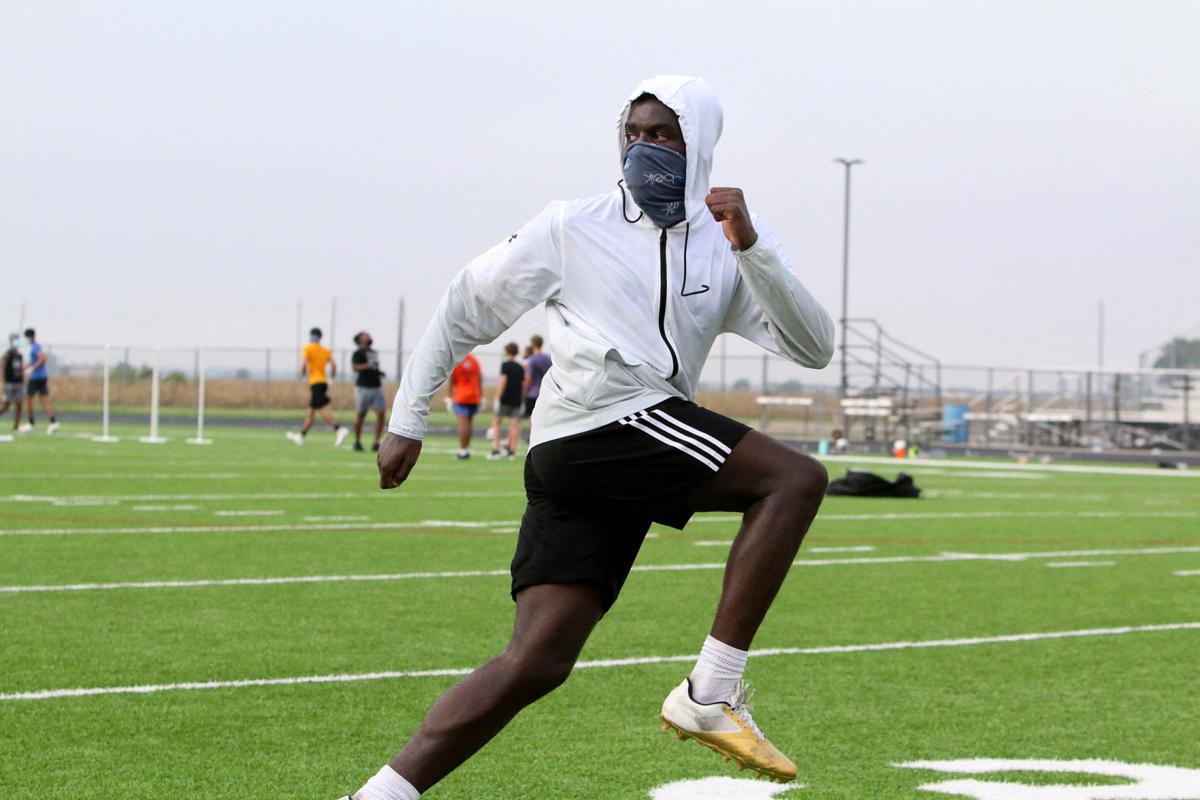 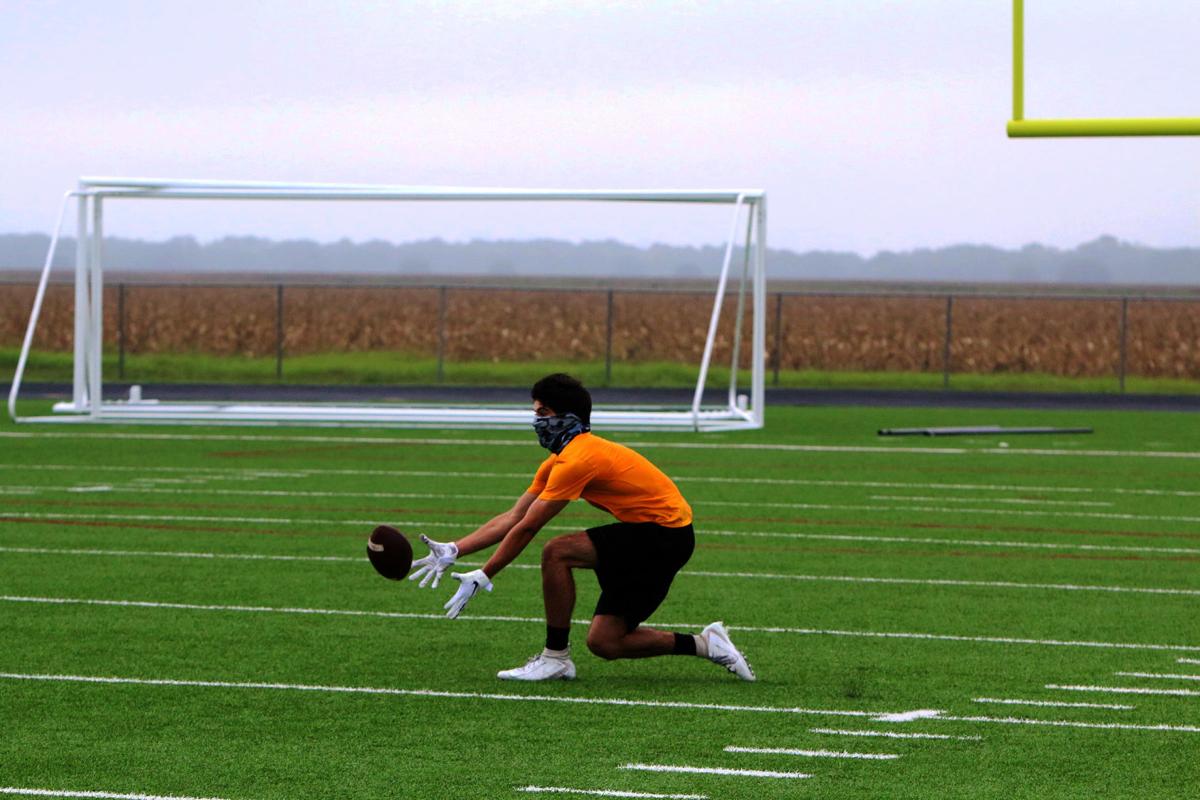 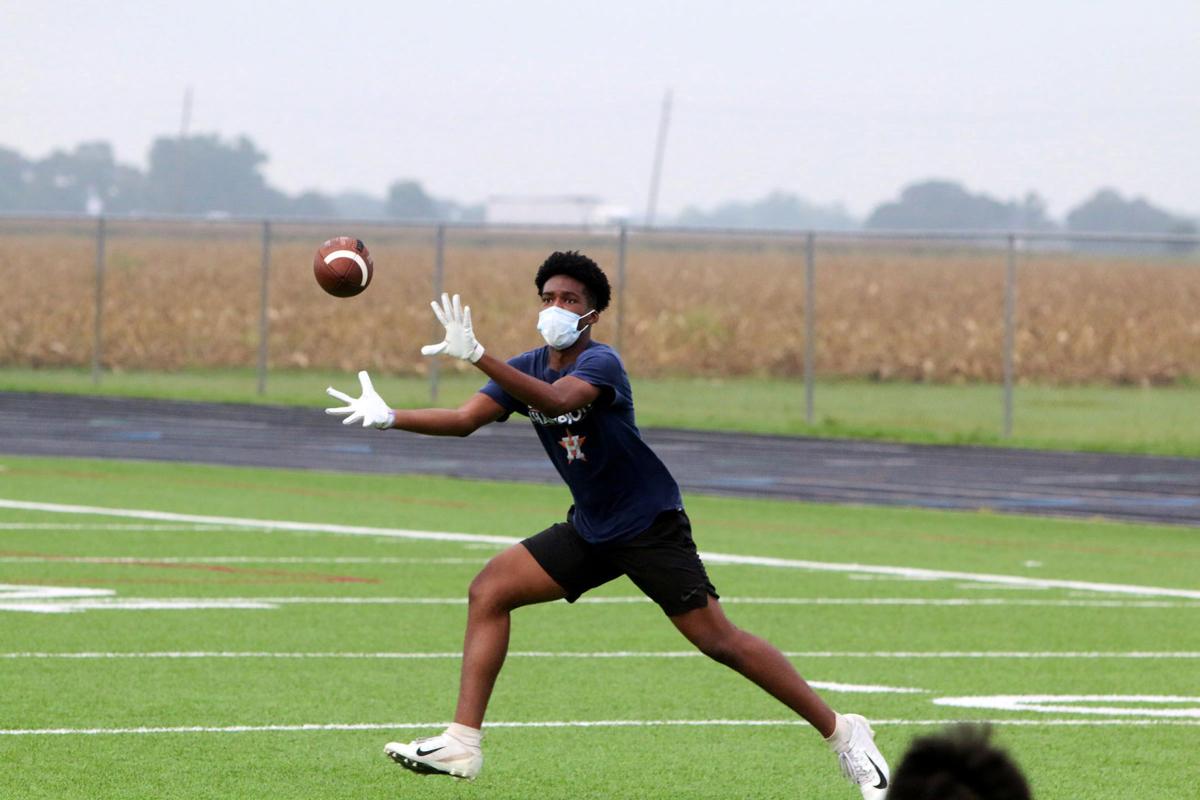 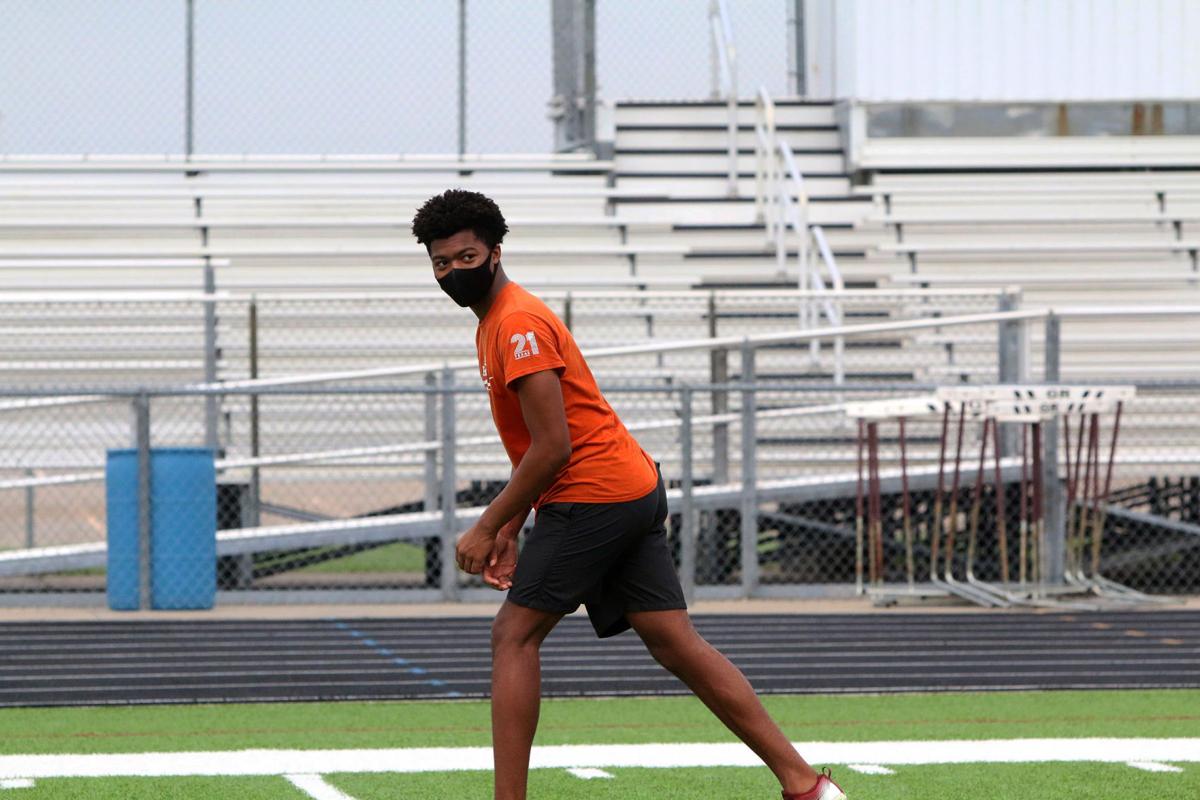 George Ranch High School will be alone for the next two years in District 20-6A with seven other teams from Fort Bend ISD.

The lone Lamar Consolidated ISD school is the only program still taking part in summer strength and conditioning at the moment.

FBISD shut down athletics until at least Sept. 7 with the district starting the school year with online learning only. FBISD has made these changes in the name of safety for its students and facility during the COVID-19 pandemic.

George Ranch was on the field again on Monday with head coach Nick Cavallo’s squad following the UIL protocols for working out including social distancing and face-masks.

“That has been the biggest thing, the protocols,” Cavallo said. “We were fortunate when we came back in June that a lot of the guys had been doing the home workouts and putting in the work. That allowed us to ease into stuff and work on the protocols.

“They know what they are supposed to do and not to do. That doesn’t mean we haven’t had to get on them because they are 15, 16 or 17-year-old teenagers.

Cavallo will also have to plan for a football season where the Longhorns’ first game will not be played until late September.

George Ranch’s plan will likely not include the full allotted amount of workout time allowed by the UIL.

“We are going to set and adjust things where we might not go for five days every week for six more weeks.

“We might do some different things to keep them fresh.”

But George Ranch will make the most of the extra work it will get compared to its district foes.

“You’re not in a rush,” Cavallo said. “We can do our installs and fundamentals. We build on for when Sept. 7 comes round, and we can put the pads on, we’ve already gone through an OTAs (organized team activities) type of deal like the NFL does.”

For now, Cavallo will focus on what he can control with more changes likely to come from the UIL before week one of football.