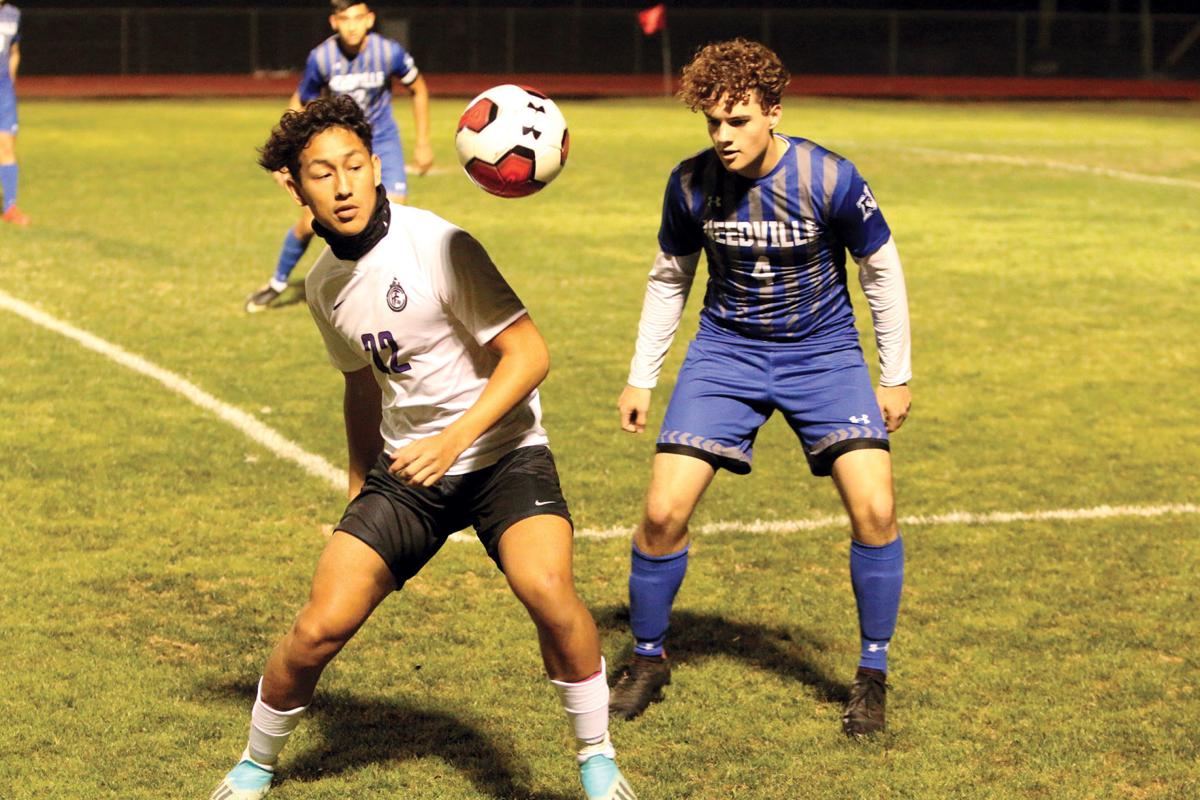 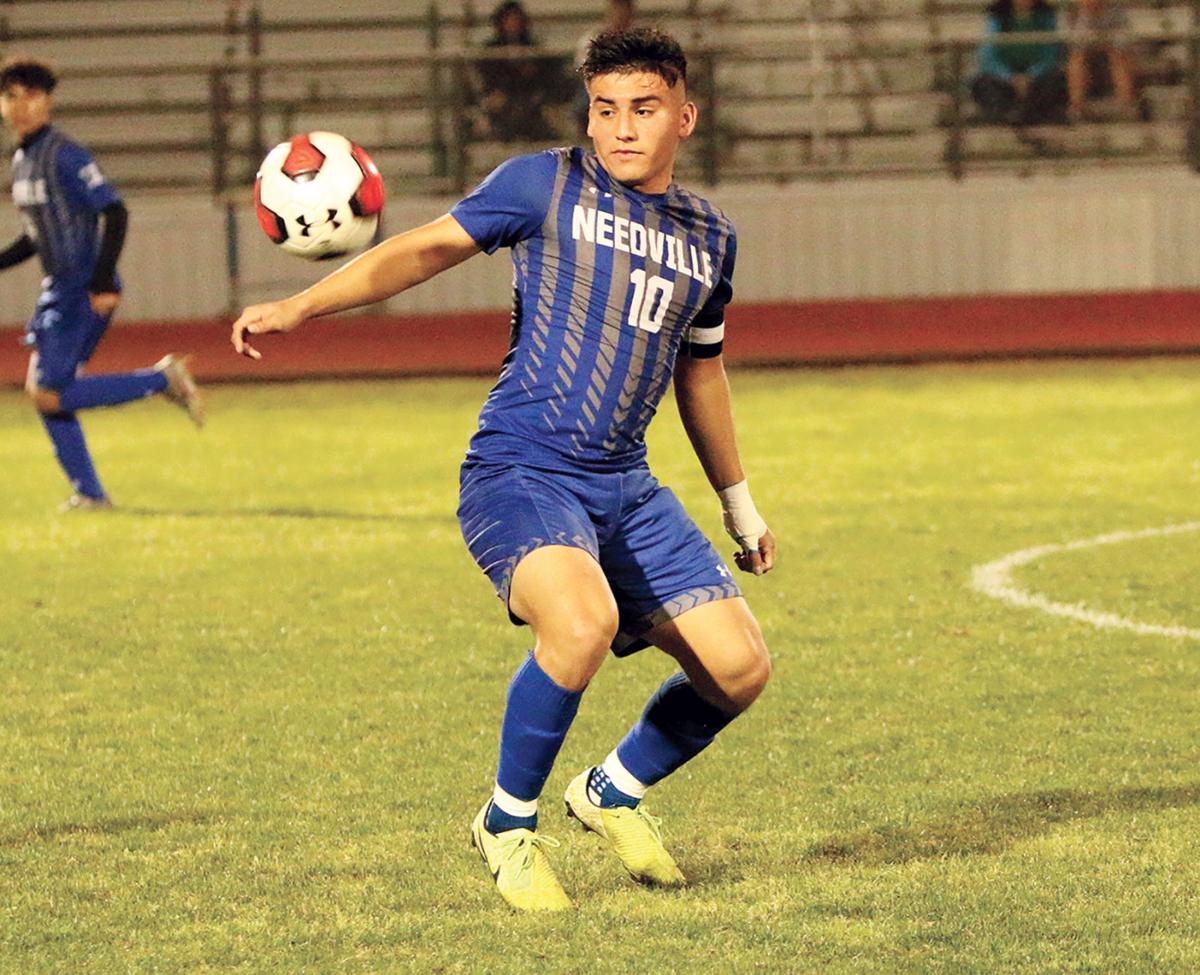 An aggressive shot on goal from Fulshear was deflected by two Needville defenders into the back of the net in the 28th minute for the first goal in a 7-0 win for the Chargers Monday night at Blue Jay Stadium.

The win comes after the Chargers’ first district loss in a shootout against Royal.

“We talked about the feeling of losing to Royal,” Fulshear head coach Art Trevino said. “We just wanted to get back to playing the game our way.

“We wanted to be more aggressive and attack.

“We were able to build a lead and keep control in the second half.

“Needville is a really good team, I’ve seen them a few times this year. They are really well-coached and they have good players.

“It’s going to be a tough game back in Fulshear later this year.”

Junior Javier Garcia put Fulshear up 2-0 in the 26th minute.

The Chargers were up 3-0 a few minutes later with a goal form senior Isaiah Figueroa.

Senior Richmond Okeke muscled past a Needville defender to get position for a shot to the far post to put Fulshear up 4-0 in the 14th minute.

Figueroa added his second goal in the 8th minute with a penalty kick.

Garcia also scored his second goal in the first half with a strike four minutes before halftime.

Figueroa finished off his hat trick with a goal off a free kick in the 30th minute of the second half.

Figueroa’s strike came from 40 yards out.

Needville appeared to get a rally that ended the shutout with a goal from senior Hector Portillo.

But the Portillo goal was called back for an offsides call.