Starting at
$1.00 for 1 day
Get Started
View all rates
You are the owner of this article.
Edit Article Add New Article
You have permission to edit this article.
Edit
Home
News
Opinion
Education
Sports
Business
Special Publications
Weather
Archives
e-Edition
Classifieds
Pay My Bill
1 of 2 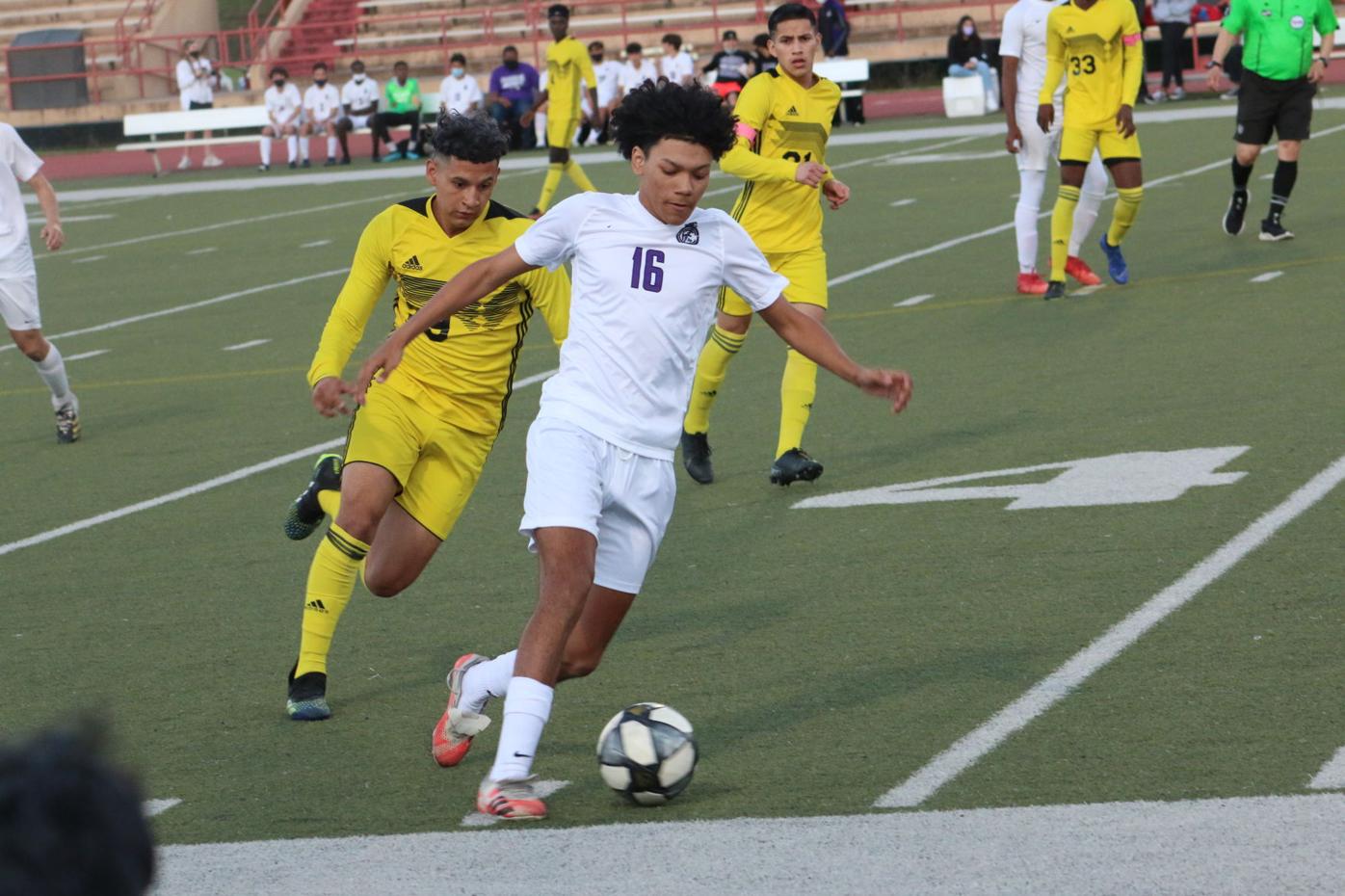 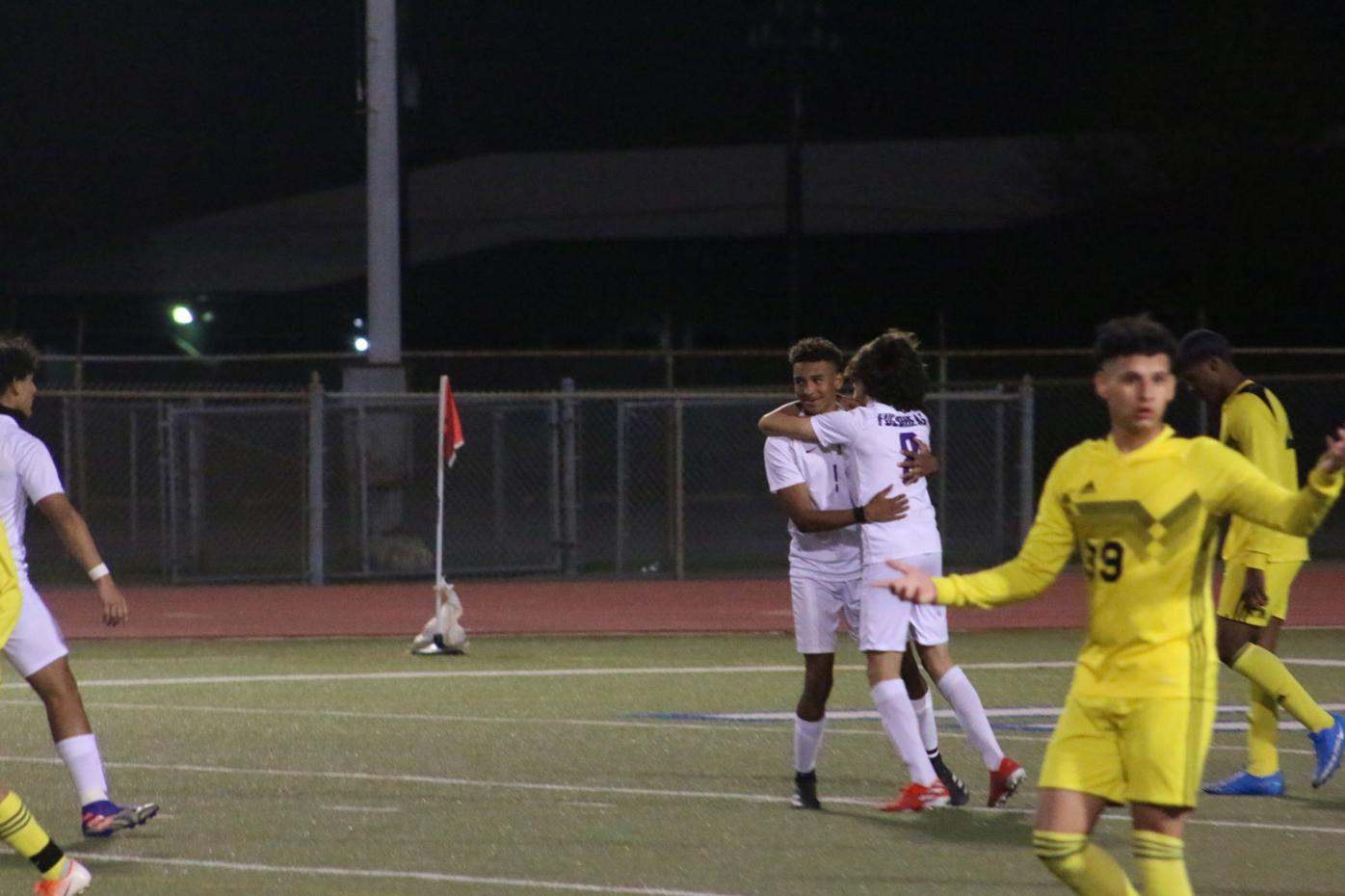 Fulshear freshman striker Adrian Nieto is hugged by senior midfielder Javier Garcia after he scored in the first minute of overtime in Fulshear's win over Wisdom in a 5A bi-district match.

Fulshear freshman striker Adrian Nieto is hugged by senior midfielder Javier Garcia after he scored in the first minute of overtime in Fulshear's win over Wisdom in a 5A bi-district match.

HOUSTON – Fulshear boys’ soccer head coach Art Trevino was hoping that his young Charger squad would take that next step that could put his team into one of the top teams in the Houston area.

On Thursday night, the Chargers may have finally been able to put that one foot down that could lead to a strong playoff run.

Fulshear got two goals by freshman striker Adrian Nieto, including one in the first minute of the first overtime period to give the Chargers a 3-2 win over Houston Wisdom in a 5A bi-district playoff match Thursday at Houston ISD’s Butler Stadium.

The Chargers beat the Generals, one of the top ranked teams in Division III-5A, and will move on to the second round against Friendswood, who beat Port Neches-Groves 3-1.

“We talked about at the beginning of the week, we’re talented to make the playoffs, but we needed to show more to beat a team like Wisdom,” Trevino said. “They have an excellent coach, they’re well-coached, players all over the field. And they were up twice and we were mentally strong and came back.

“We missed a PK and had some miscues offensively that we need to tighten up, but I’m just happy with this and whoever we got next, we’ll be ready.”

Wisdom, who was ranked third among teams in Region III-5A going into the tournament, started out quickly by controlling possession in the first half, but Fulshear did get some scoring opportunities on some long passes to the strikers. But the Generals got the initial goal of the match as striker Alan Portillo took in a pass and put a short kick over the head of Fulshear goalkeeper Ian Gibbs in the 28th minute for a 1-0 lead.

In the 34th minute, senior midfielder Javier Garcia was taken down in the attack box, giving Fulshear a penalty kick. But Garcia’s kick was stopped by Wisdom goalkeeper Julio Garcia, which helped keep the score 1-0 at halftime.

The second half started with Wisdom pushing for a 2-0 lead, but Gibbs made two strong saves. Then on another long pass, Nieto was all alone and connected on a 15-yard shot to tie the match at a goal apiece in the 48th minute.

Wisdom responded quickly after the equalizer as Portillo got his second goal of the match in the 54th minute with a short goal off of a freekick for a 2-1 General lead.

Midway in the second half, Wisdom suffered a unfortunate turn of events when the Generals lost Garcia with an injury to his upper body, causing backup goalkeeper Pedro Rosales into the match in the 56th minute.

Fulshear took advantage of the goalie change four minutes later, as Javier Garcia took in another long pass and with Rosales out of position after trying to get the ball, Garcia easily put the ball in the net to tie the match.

The match stayed tied at two going into the extra period, when 45 seconds into the first OT period, Nieto took in a solid pass inside the box and put a short kick past Rosales for what would be the golden goal for the Chargers.

The Chargers then had to hold off a 19-minute charge by Wisdom, as the backfield blocked several shots by the Generals, and Gibbs made a leaping save on a shot in the final five minutes of overtime.