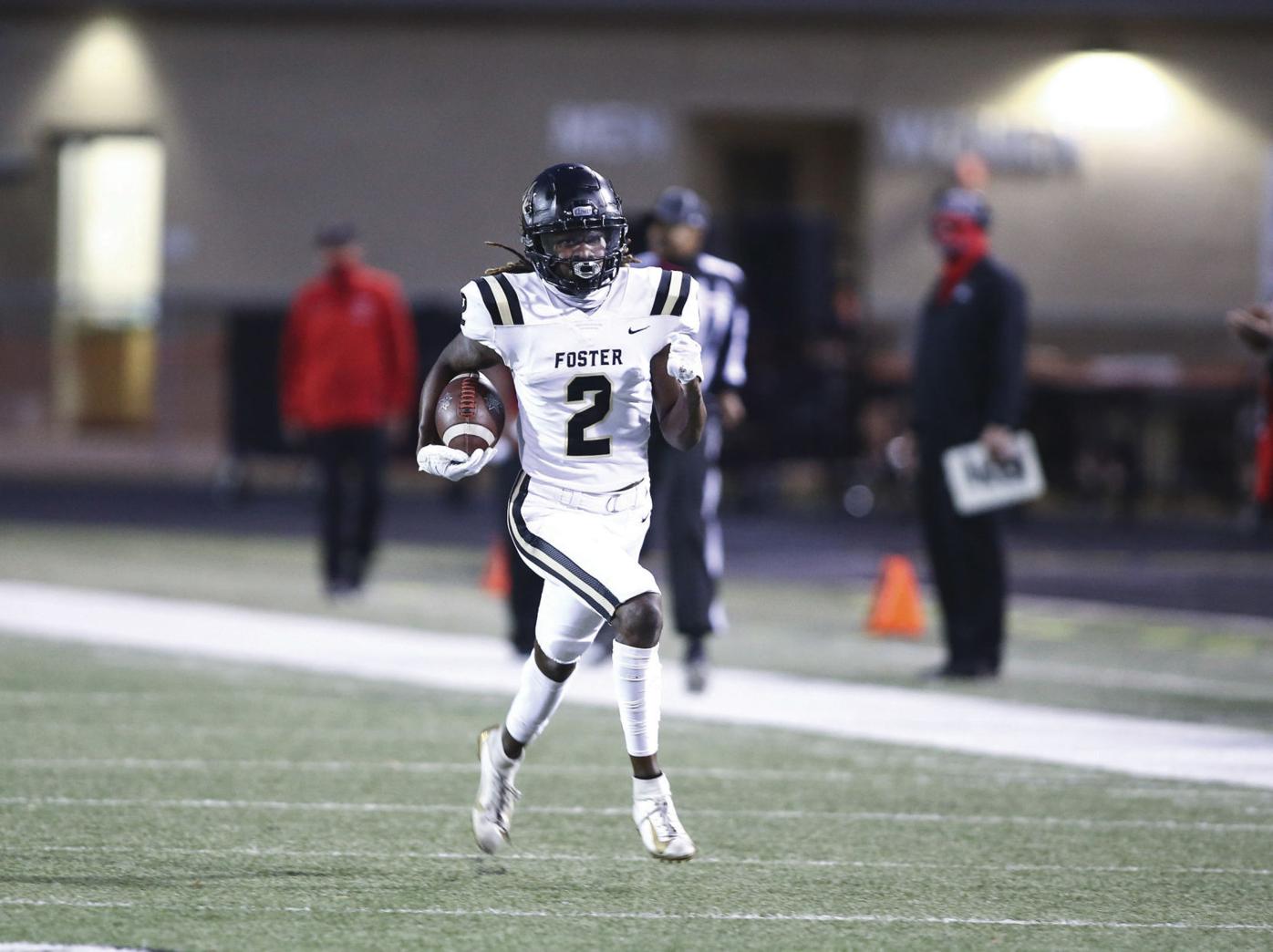 Foster senior Cody Jackson returns a kickoff for a touchdown against Terry before it was called back for a penalty. 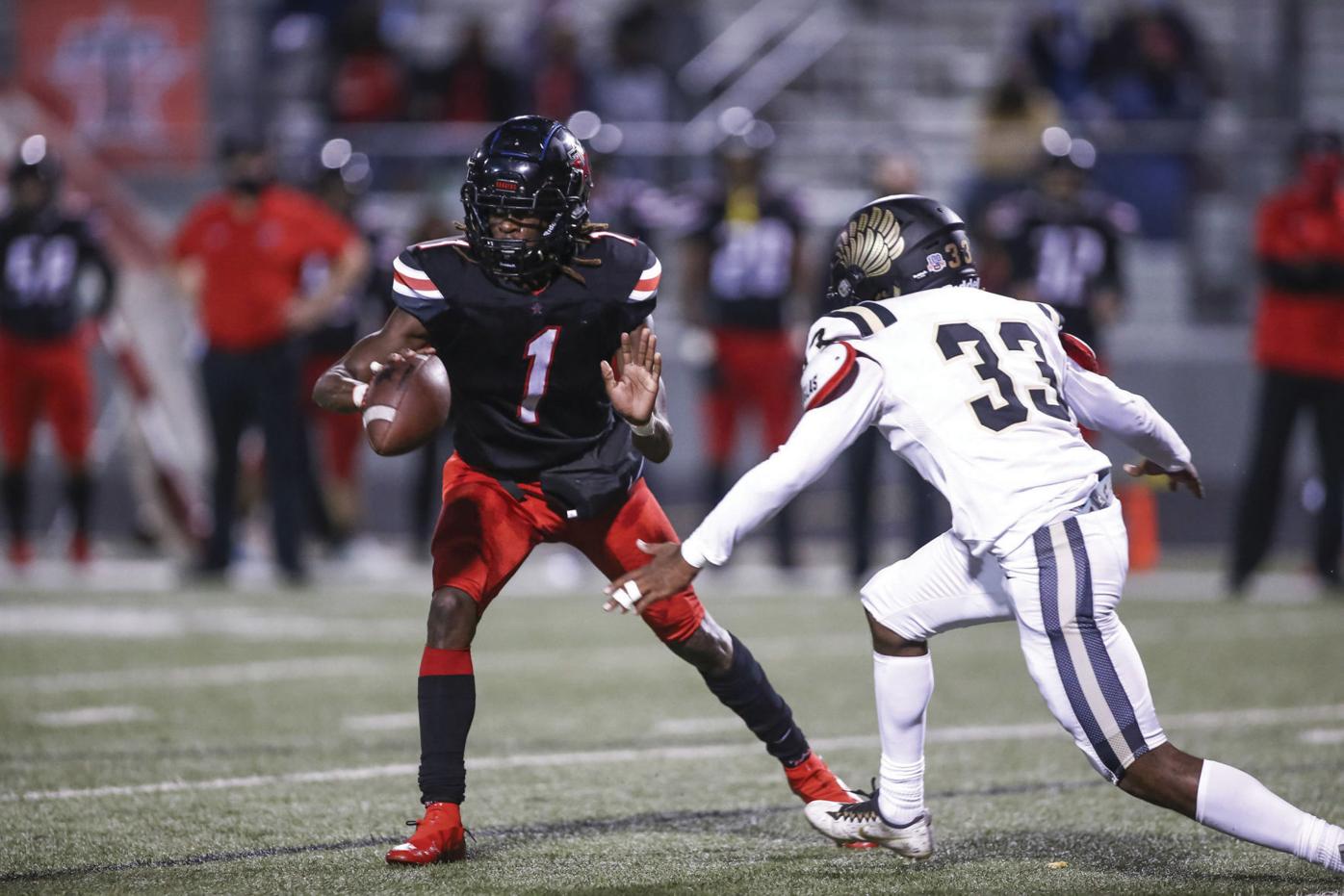 Terry senior quarterback Kellen Stewart pitches the ball to his running back against Foster. 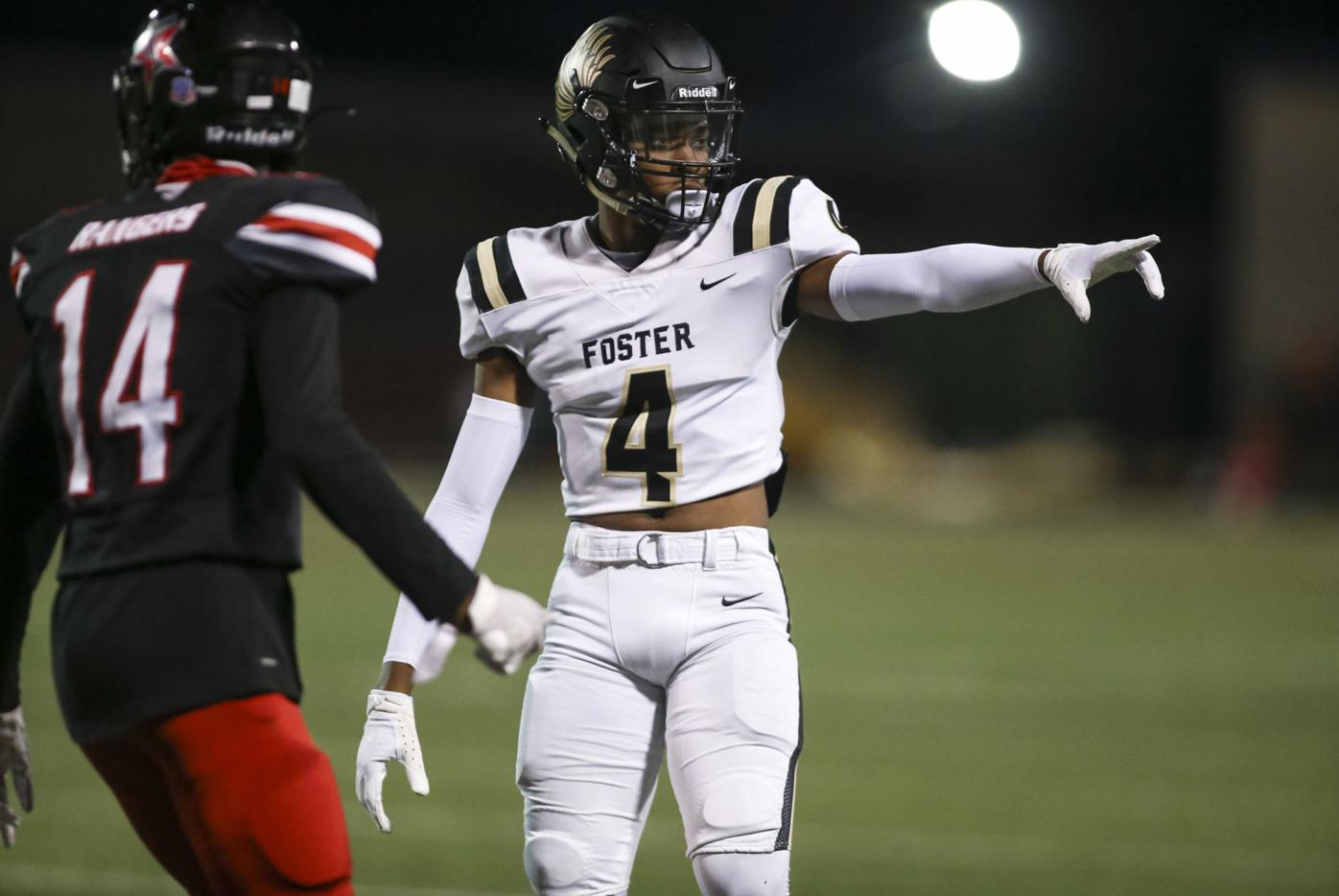 Foster senior Jacobi Williams checks his alignment before a play against Terry. 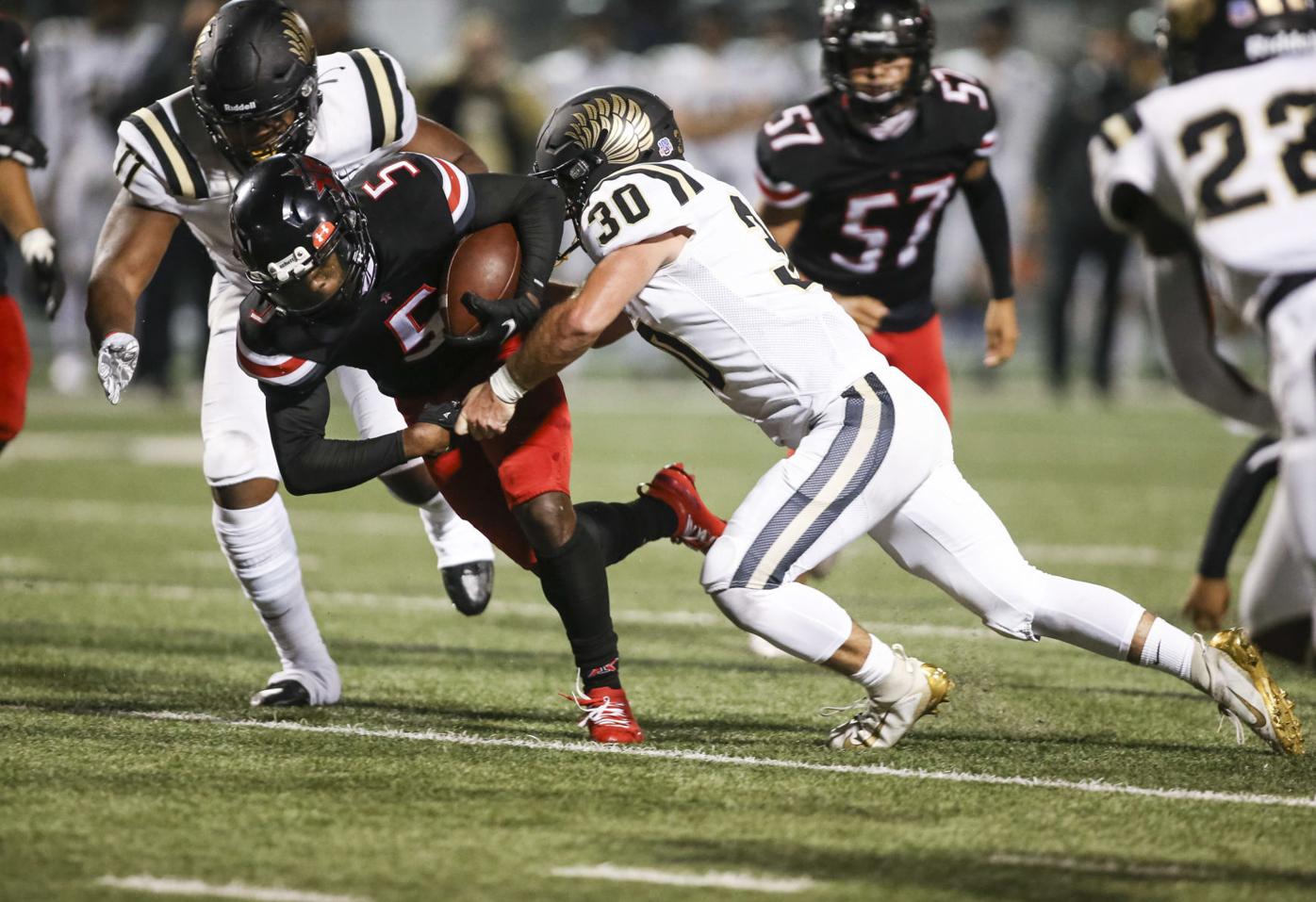 Foster senior Cody Jackson returns a kickoff for a touchdown against Terry before it was called back for a penalty.

Terry senior quarterback Kellen Stewart pitches the ball to his running back against Foster.

Foster senior Jacobi Williams checks his alignment before a play against Terry.

Foster, after a two-week break following a positive COVID-19 test on the team, was ready to face any opponent.

The Falcons got back in stride Friday night at Traylor Stadium with a 51-14 win over Terry.

“We were definitely rusty coming off the two bye weeks,” Foster head coach Shaun McDowell said. “We had to knock off a little rust.

“I feel like we left 21 points off the board. We’ll look at the film and try to get better.

“Terry did a great job of stopping somethings we were really good at, but we were able to find a rhythm offensively.

Foster continued to press the action early and often against their Lamar Consolidated ISD counterpart. It resulted in multiple turnovers on down and a 31-6 lead at half time.

Senior Cody Jackson returned the opening kick off 100 yards for a touchdown, but the run was called back for a block in the back. The Falcons made sure the drive still ended with a score.

Foster went on an 8-play, 83-yard drive that ended with a 22-yard run by senior Xavier Smallwood.

While the Rangers offense struggled, the Terry defense stopped the high-powered Foster offense twice on 4th and short near the red zone.

Terry couldn’t hold the Falcons back for long. Jackson and senior Ethan Newton each had long receptions before Smallwood scored his second touchdown with just under six minutes left in the second quarter. Senior Parker Hearon scored a two-point conversion on both touchdowns.

Terry answered with a nine-yard touchdown pass from senior Kellen Stewart to sophomore Trumaine Mitchell with a little over two minutes left in the half.

Two minutes was enough time for the Falcons to score twice. Sophomore Ashton Ojiaku returned a kickoff 95 yards for a touchdown, and Foster forced a three and out to get the ball back with one minute and 30 seconds remaining.

Foster put together an 8-play, 51-yard drive for a touchdown with six seconds left in the second quarter. Senior Philip Amy connected with Jackson for four-straight passes for 44 yards, including an eight-yard touchdown.

Terry continued to battle in the second half with the first score in the third quarter.

“Foster is extremely good,” Terry head coach Cornelius Anthony said. “There is a reason that they are top-5 in the state. They are good. They have a team full of five-star recruits.

“Our guys fought hard, and I’m proud of them.”

An eight-play covered 69 yards for the Rangers. The key play was a Stewart pass to senior Terrance Harrold for 65 yards.

Stewart scored on a four-yard run with under four minutes left in the third quarter, and he added two points on a pass to junior Michael Odom.

Foster answered with a touchdown drive that spanned 62 yards.

Smallwood and sophomore Jacob Brown pounded away on the ground before Brown popped through the Terry defense for a 20-yard score three minutes later.

The Rangers defense had limited big plays until the fourth quarter.

Amy found Jackson on the edge, and the University Oklahoma commit out-sprinted the Ranger defense for a 75-yard touchdown with nine minutes left in the ballgame.

The final nail in the coffin was an 82-yard scoring drive for Foster that included a 27-yard pass to senior Ethan Newton.

Junior Sam Haines recorded the touchdown with a two-yard run with a little over five minutes remaining.

Foster finished with 574 yards of offense, including 335 yards rushing.

The Falcons had 27 first downs compared to the Rangers’ 14.

Foster quarterback Phillip Amy was 11-of-19 for 239 yards and two touchdowns.

Harrold had three catches for 62 yards.

Terry (2-1, 0-1) is currently scheduled to play Kempner next Thursday at Traylor Stadium.

Foster (2-0, 1-0) was initially to have an open week during Week 9, but the Falcons plan to play Hightower in a game that will affect zone seeding.