Starting at
$1.00 for 1 day
Get Started
View all rates
You are the owner of this article.
Edit Article Add New Article
You have permission to edit this article.
Edit
Home
News
Sports
Fort Bend Living
Education
Opinion
Special Publications
Weather
Archives
e-Edition
Search
Pay My Bill
1 of 9 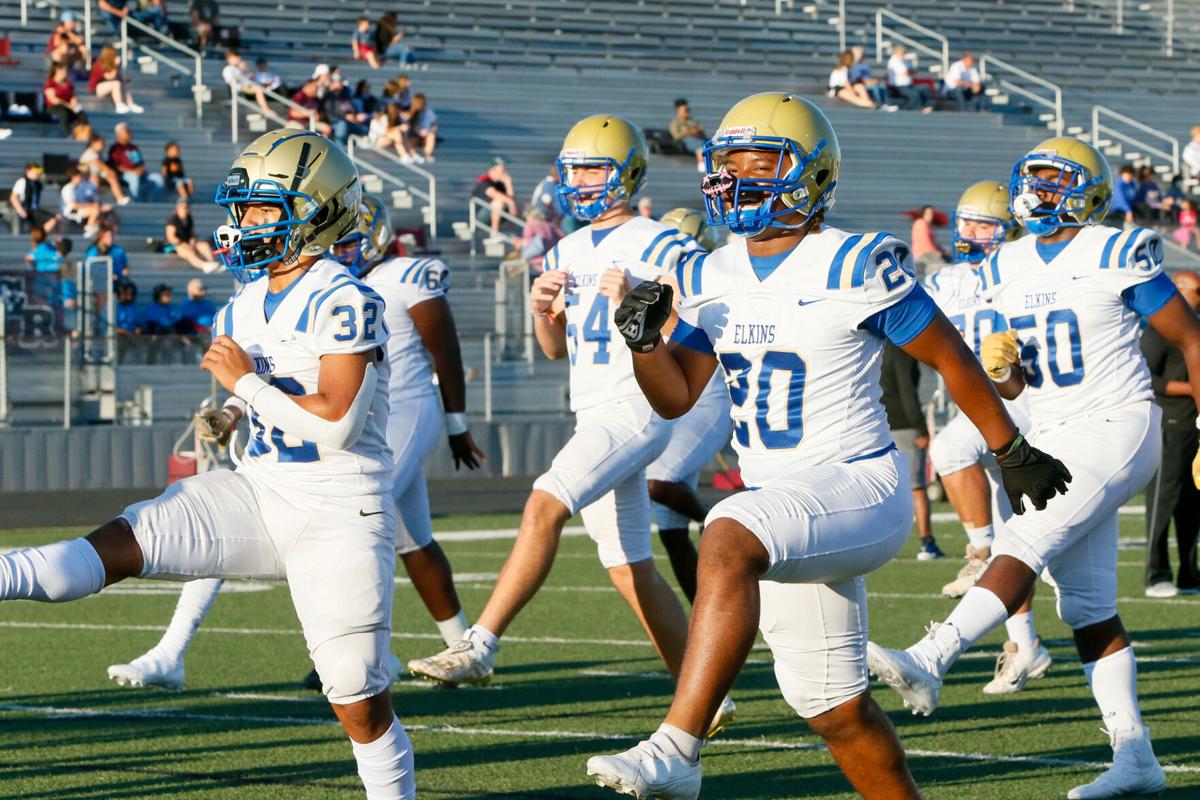 The Elkins football team prepares for a game against George Ranch earlier this season. 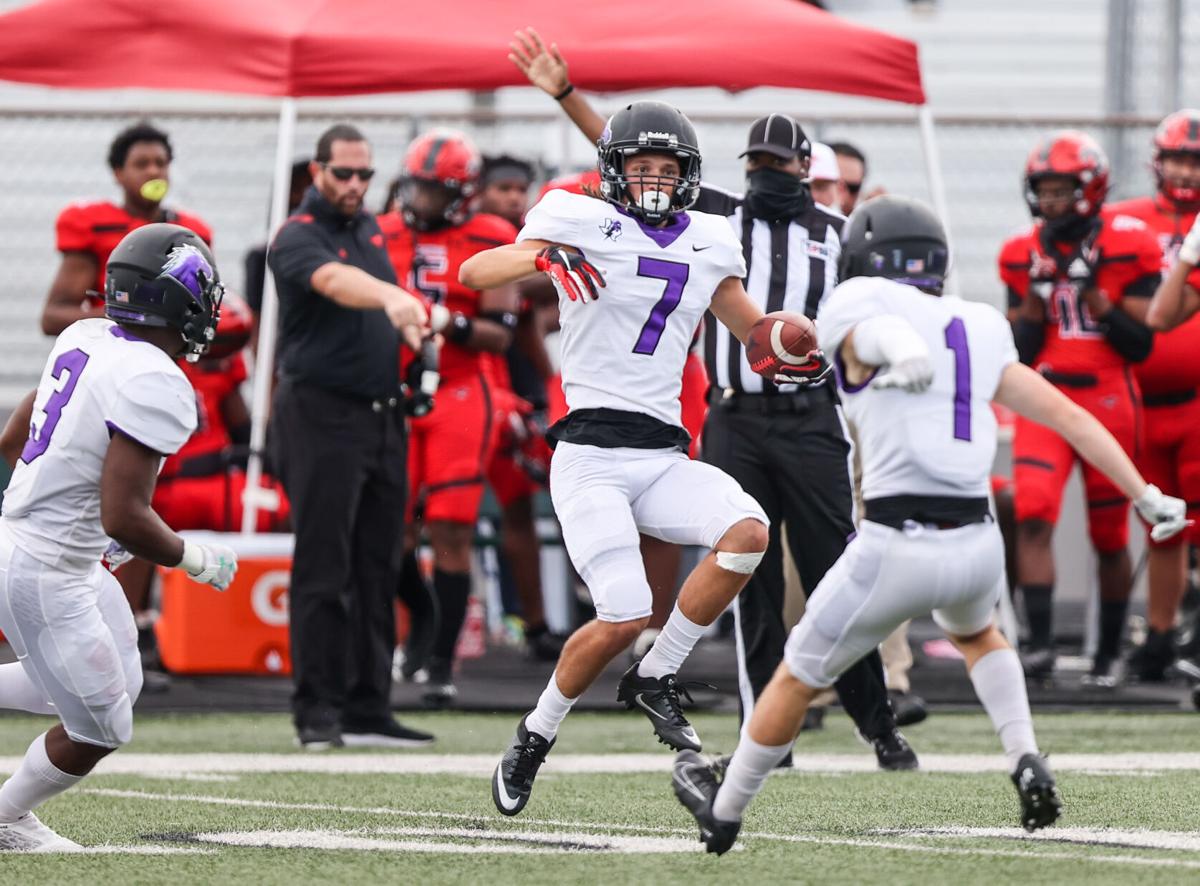 Fulshear junior Maverick Schomburg collected both of the Chargers’ interceptions. 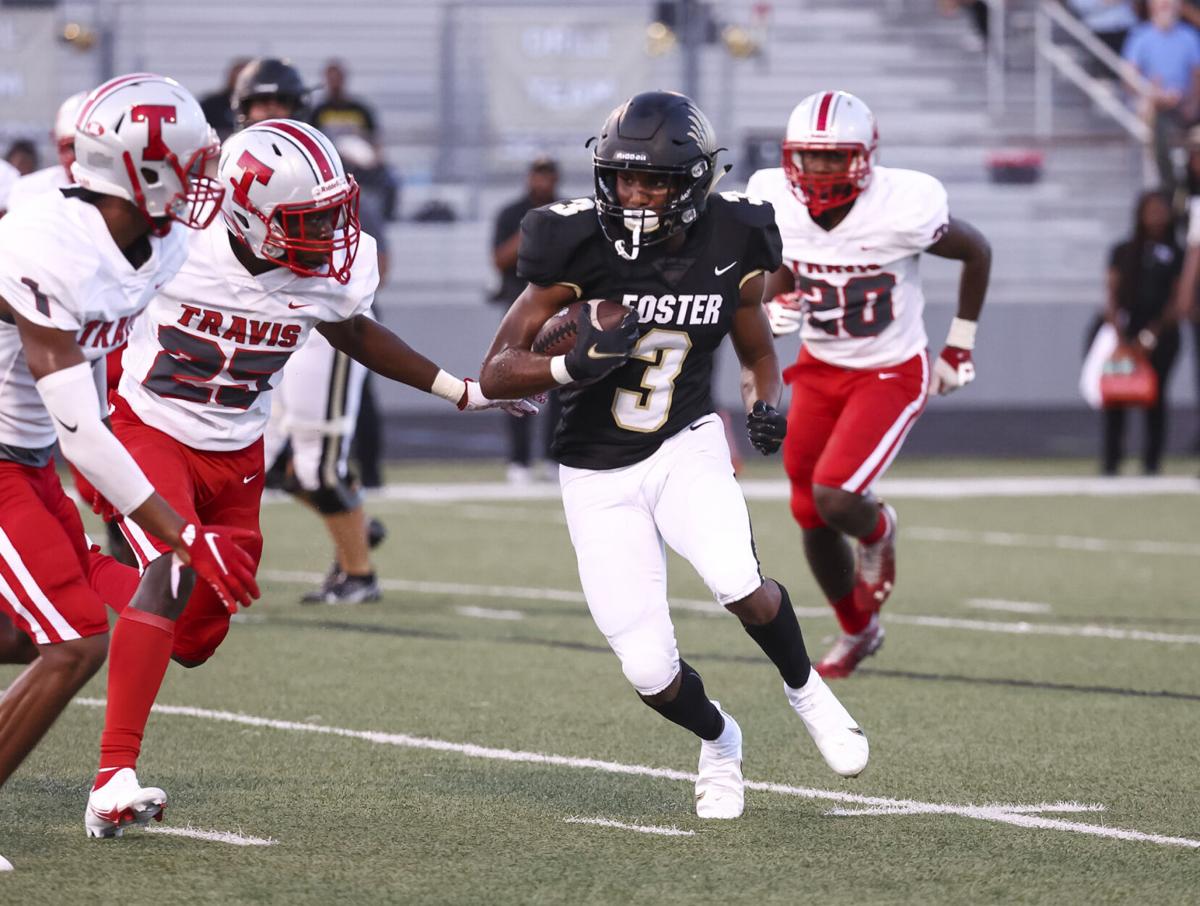 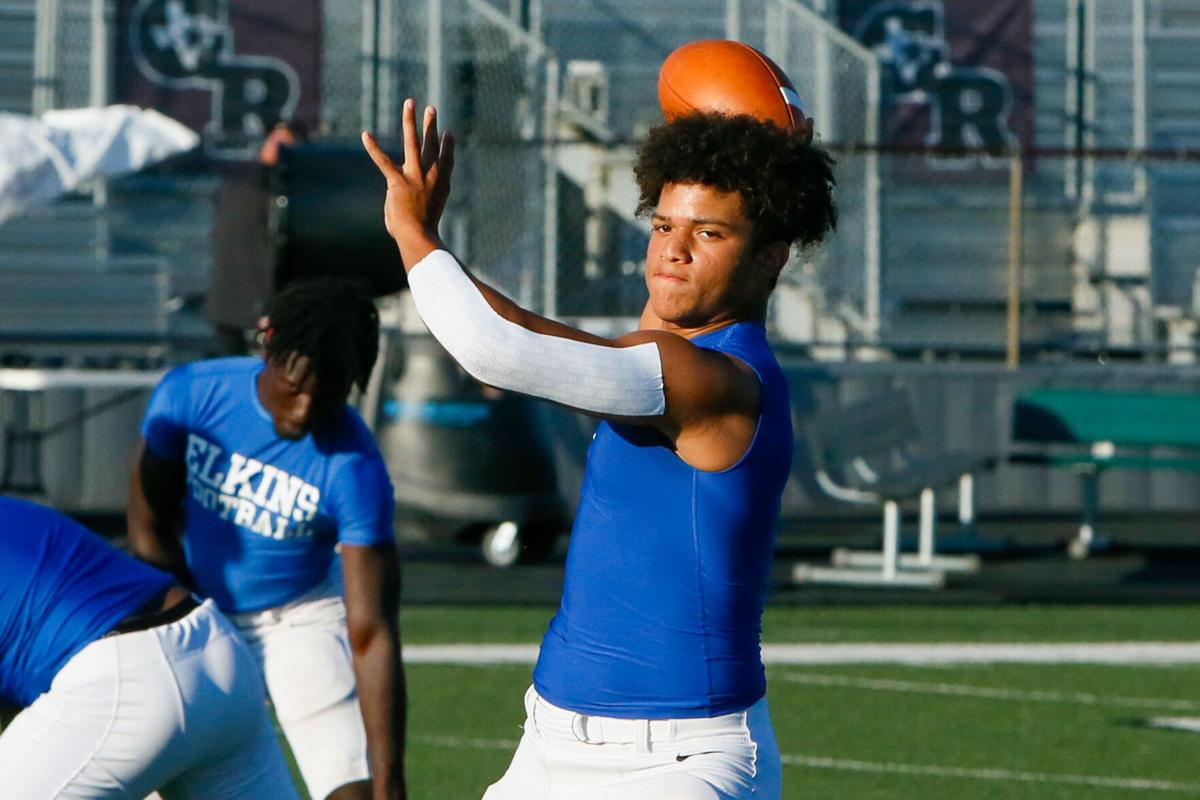 Elkins quarterback Isaiah Smith combined for 171 total yards, including 93 yards rushing in a win against Dulles. 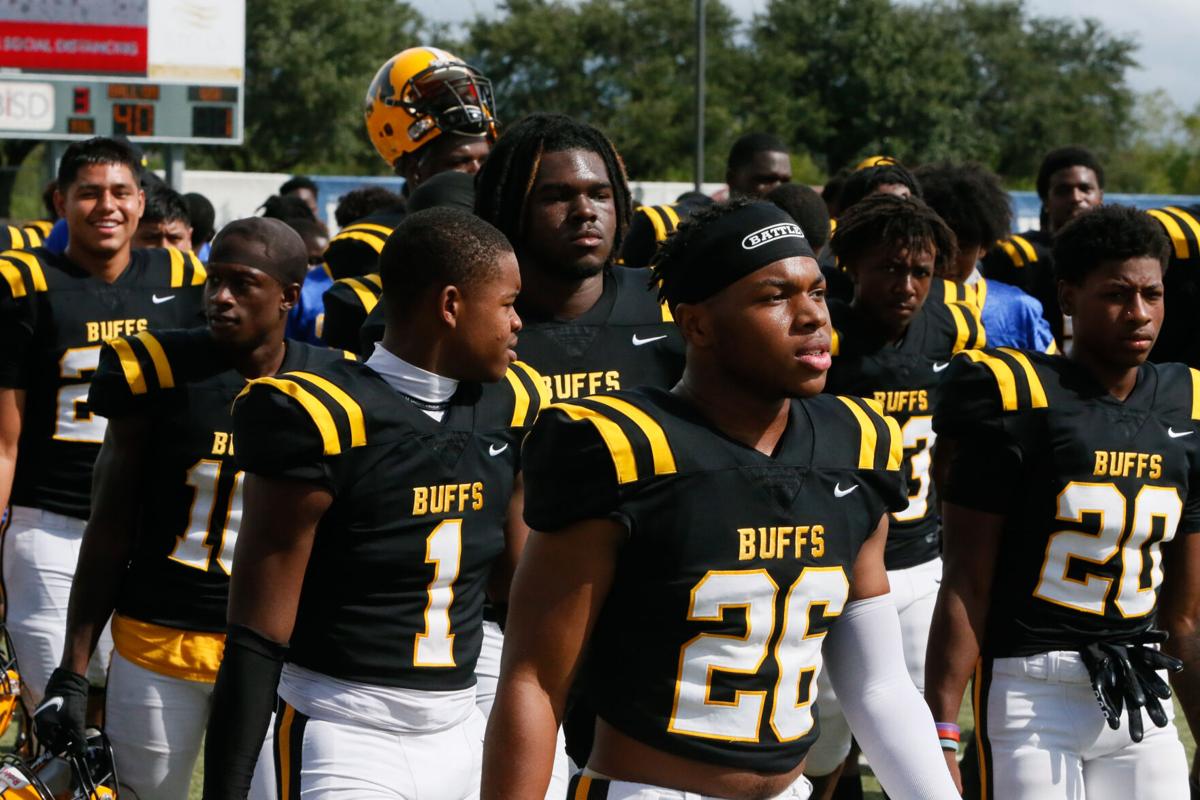 The Marshall football returns to the sideline after running out of the tunnel before the game against Sharpstown. 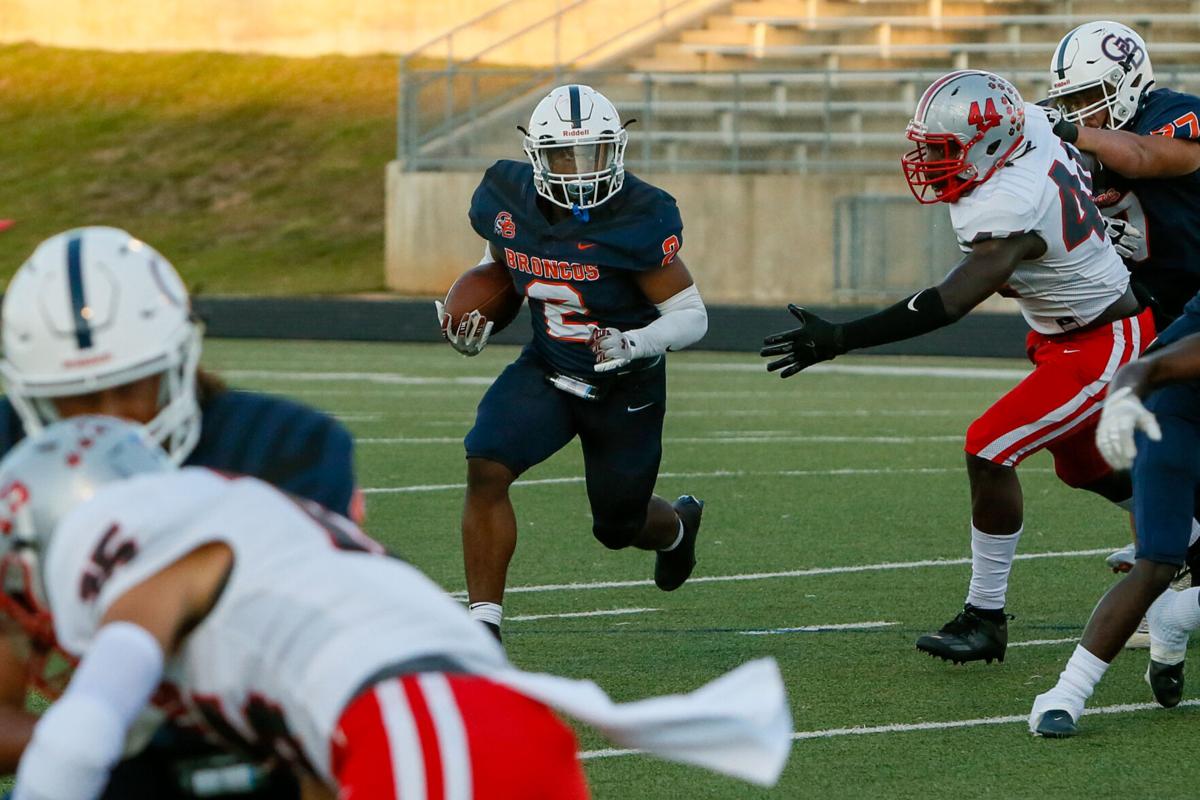 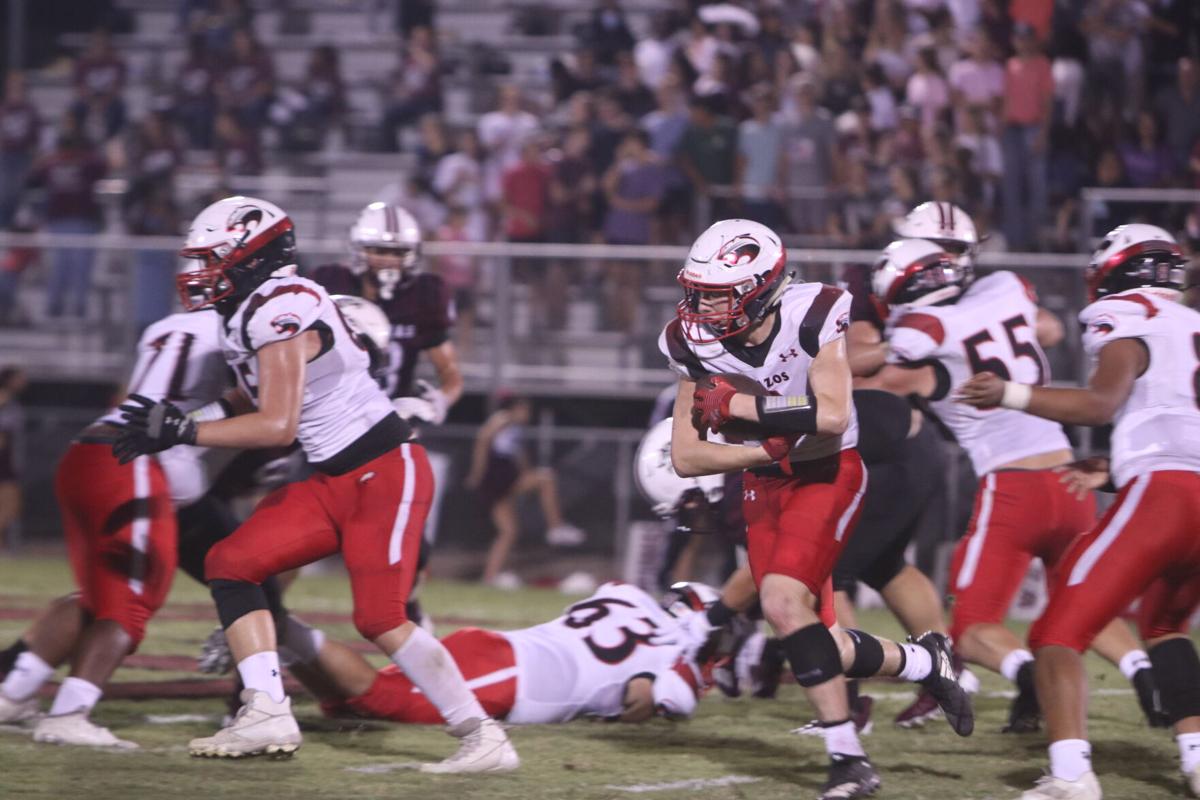 Brazos senior Noah Gregory scored a touchdown on defense and offense against Tidehaven. 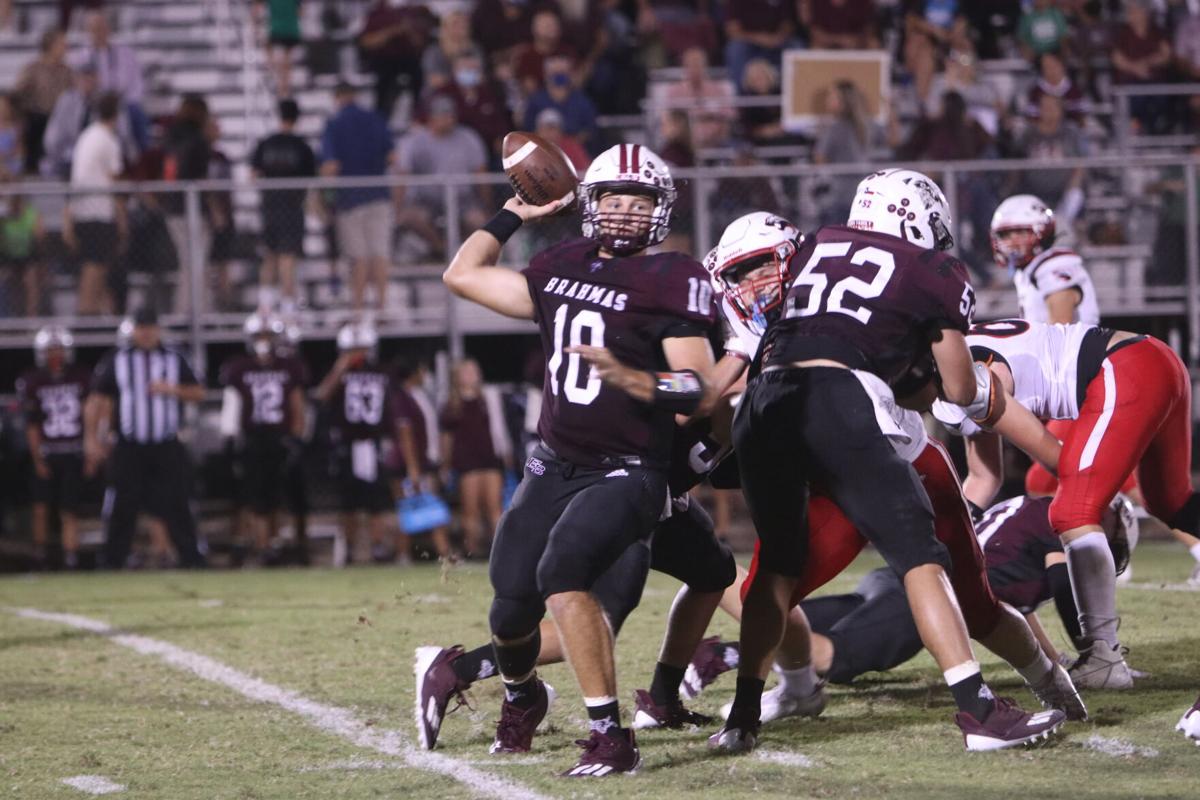 East Bernard senior quarterback Dallas Novcike was 11-of-17 passing for 189 yards and a touchdown against Danbury, and he also ran for 68 yards and touchdown on 10 attempts. 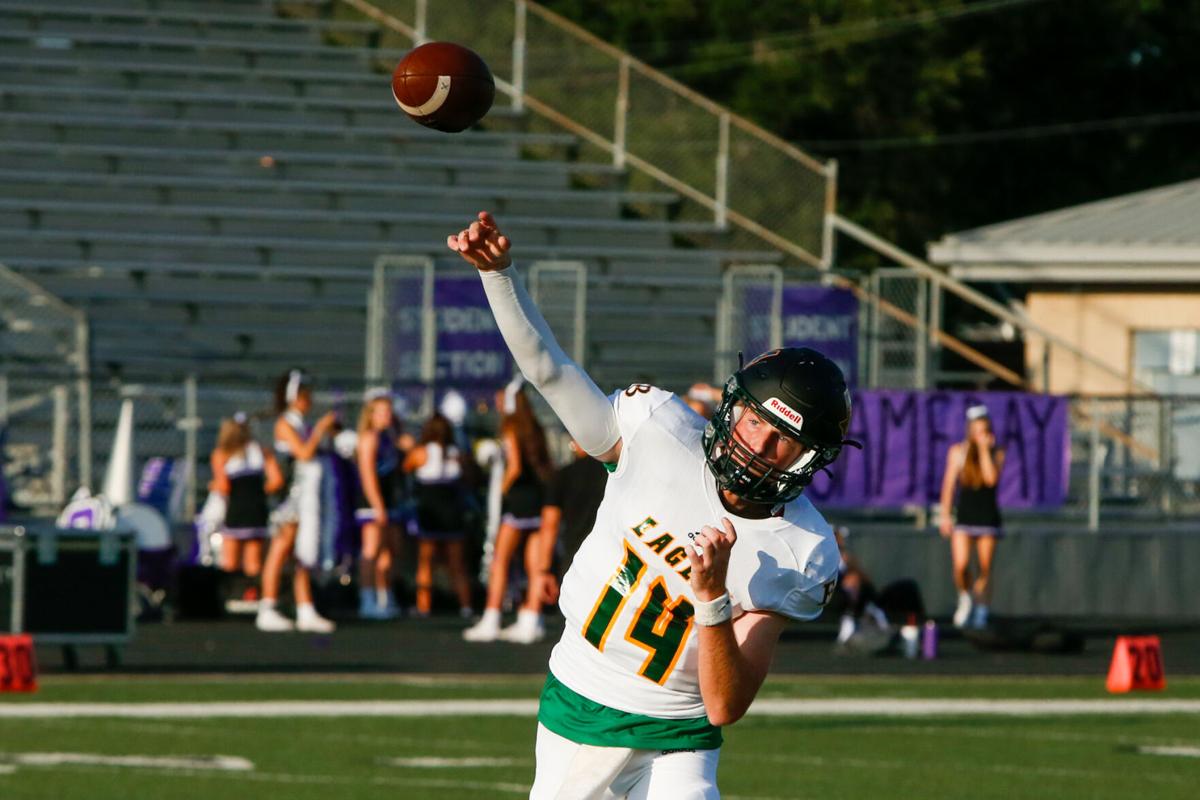 The Knights and Vikings had to travel to Legacy Stadium in Katy on Thursday, with the work on Mercer Stadium still ongoing. But the trip was worth it, with Elkins earning its first win of the 2021 season, defeating Dulles 30-0.

The Knights held Dulles to 144 yards while forcing two turnovers.

Isaiah Smith got the scoring started for Elkins with an 83-yard touchdown run in the first quarter, and the Knights added a 30-yard field goal from Oswaldo Renfigo to lead 9-0 at halftime.

Smith scored his second touchdown with an eight-yard run in the third quarter.

Elkins added two more scores in the fourth quarter. A wide-receiver pass from Jackson Hart to Andre Pittman put the Knights up 23-0 after Lucrae Thomas with a two-point run.

Hart was the receiving end of a touchdown pass from Smith seven minutes later. The 23-yard touchdown helped Elkins go up 30-0.

De’Adric Hubbard and Jalen Brown each had 32 rushing yards for Dulles.

The Buffalos put on all-yellow uniforms Friday for the Homecoming game against Willowridge and Marshall ran away with the victory, 56-7, to cement control of District 11-5A DII.

The Eagles were able to keep pace in the first quarter. Marshall scored the first two touchdowns, Runderick Dudley scored on a three-yard run and caught a 21-yard touchdown pass, before Willowridge scored on a 16-yard pass from Blaize Covington to Nickolas Shock.

But it was all Marshall from there.

Chris Marshall added two touchdown receptions from 20 yards and 70 yards to ice the game in the second half.

Adrai Haulcy collected three of Marshall’s fourth interceptions on Friday night, and he returned two of them for touchdowns (23- and 67-yard pick-sixes).

McGowen had eight carries for 128 yards and a touchdown for Marshall. Javion Chatman had 104 rushing yards on 20 attempts for Willowridge.

The Broncos improved to 4-0 in District 20-6A play with a win over Austin on Friday in a unique setting, Stafford MSD Stadium. The city of Stafford broke away from Fort Bend ISD to create the only municipal school district in Texas in 1977, was hosting two FBISD teams in 2021.

The Broncos’ formula for success, defense and running the ball continued to work on Friday. Senior Adrian Cormier had 23 carries for 144 yards and two touchdowns. Bush kept Austin under 80 yards of offense.

Bush senior quarterback Tyler Hilder was 11-of-18 for 80 yards in the victory, while junior Jamon Cooley caught five passes for 48 yards. Junior Dantonio Hackworth collected his fourth interception on defense.

The Foster Falcons’ place in District 10-5A DI for the 2021 season was confirmed Friday night at Freedom Field, losing 48-14 to Manvel.

The Mavericks jumped out to a 21-0 lead a little over seven minutes into the contest. Senior De’Monte Seymore broke off a 75-yard run, and senior Collin Wright returned a punt 89 yards for a touchdown.

Foster answered with two long touchdowns to cut the lead to 21-14 by the end of the first quarter. Manvel scored the next four touchdowns to blow out Foster and lead 35-14 at halftime.

Seymore had 173 rushing yards and four touchdowns on 12 carries.

The Chargers were able to make it 4-for-4 on opponents Homecoming nights on Friday at Green Stadium in Bryan; Rudder held off Fulshear 17-12 for a key District 10-5A DII victory.

Fulshear was able to keep Rudder out of the end zone with two red-zone turnovers.

The Brahmas jumped out to a 35-0 lead Friday at Memorial Stadium en route to a 49-13 victory over Danbury.

East Bernard opened the contest with two rushing touchdowns from Braydon Lemos with 2-yard and 5-yard scores in the first quarter.

Joseph Cooper scored the first touchdown with a six-yard run to open the second quarter. Quarterback Dallas Novicke added the following two scores with a 31-yard pass to Mason Christ and a 15-yard run.

The Tigers overpowered Brazos in Wallis, 70-13, but the Cougars did have some bright spots. Brazos’ first touchdown came from senior Noah Gregory.

The linebacker raced to the Tidehaven quarterback on a blitz, and he raised his hands to attempt to block a pass. Instead, Gregory caught the pass attempt and returned for the ball 63 yards for a touchdown.

The Eagles continued their dominant run during the 2021 season Friday night with a 53-0 Homecoming win over Frassati Catholic.