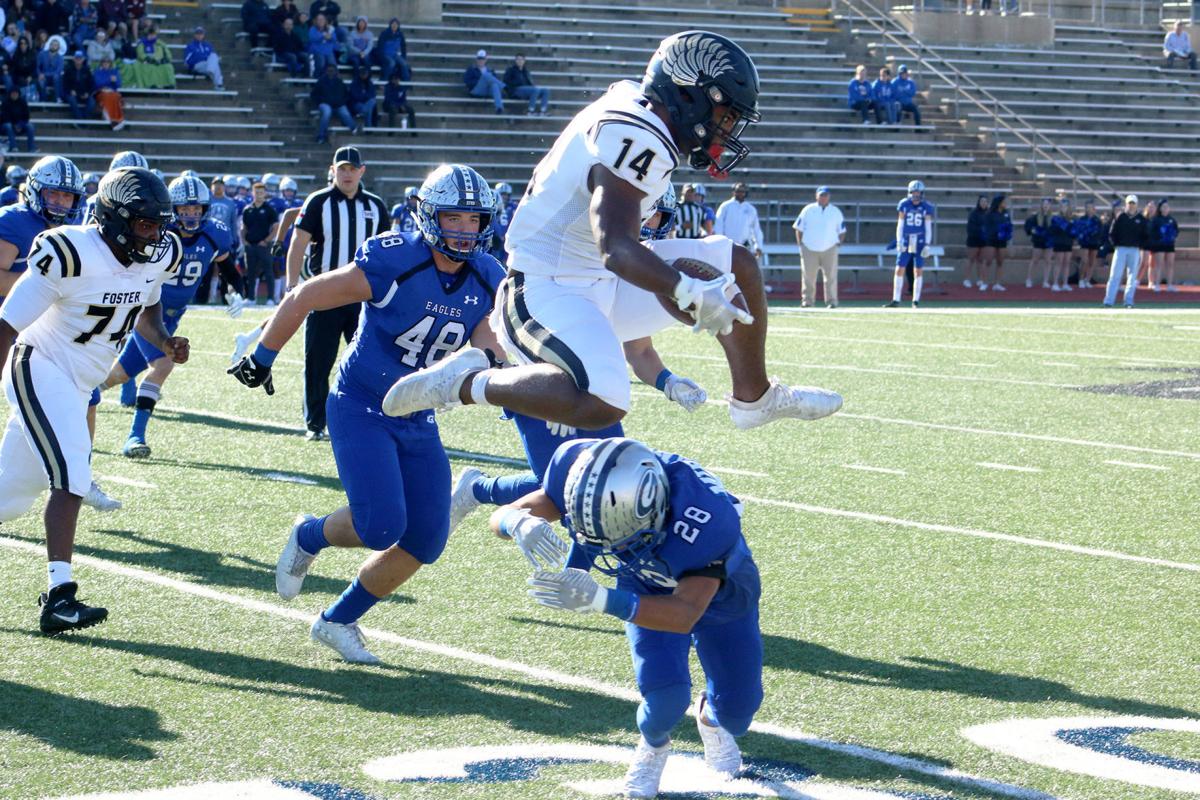 Foster running back Mario Simmons leaps over Georgetown defensive back John Miranda in the first quarter of the 5A Division I area round playoff game at Merrill Green Stadium in Bryan. 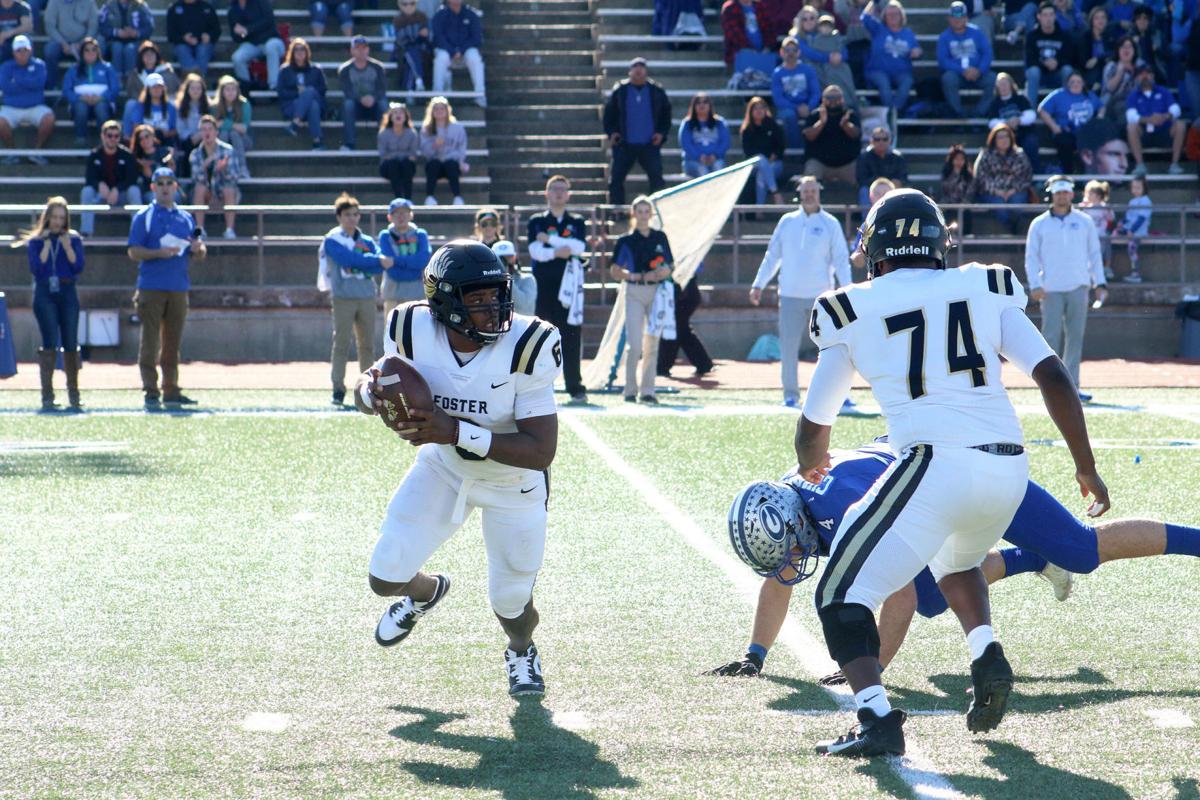 Foster quarterback Ryan Stubblefield leaves the pocket and looks for a receiver in Saturday’s 5A Division I playoff game against Georgetown at Merrill Green Stadium in Bryan.

Foster running back Mario Simmons leaps over Georgetown defensive back John Miranda in the first quarter of the 5A Division I area round playoff game at Merrill Green Stadium in Bryan.

Foster quarterback Ryan Stubblefield leaves the pocket and looks for a receiver in Saturday’s 5A Division I playoff game against Georgetown at Merrill Green Stadium in Bryan.

BRYAN — After celebrating a lopsided playoff win, Foster head football coach Shaun McDowell reminded his team of what is upcoming for the Falcons.

“You wanted Shadow Creek, you got them,” he yelled to his team.

The Falcons scored 52 straight points en route to a 52-14 win over Georgetown in the area round of the 5A Division I playoffs Saturday at Merrill Green Stadium.

Foster advances to the regional semifinals for the fifth year in a row, and the Falcons will face district rival Shadow Creek in the semis on Friday at 2 p.m. at Challenger Columbia Stadium in League City.

Foster dominated on both sides of the ball, creating four turnovers and making big plays on offense.

“I don’t know if we peaked yet or not, but we still got a lot of things to get better on and continue to improve,” McDowell said. “We got different guys stepping up in all three phases of the game.”

The Eagles took an early lead on their second drive of the game, as quarterback Darson Herman threw a swing pass to receiver Brandon Bradford, who ran down the sideline for a 64-yard touchdown.

Foster answered on its next drive, as quarterback Ryan Stubblefield threw a screen pass to running back Issac Johnson, who rumbled through defenders for a 37-yard touchdown to tie things up late in the first quarter.

On the third play of the second quarter, Stubblefield went for the long ball and hit junior receiver Ethan Newton for a 41-yard touchdown strike to put the Falcons up 14-7. Then after forcing a Georgetown punt, Foster struck again as Stubblefield and Newton connected for a 56-yard pass that set up a 6-yard touchdown run by Johnson to increase the lead to 14.

Senior linebacker Anthony Smith then intercepted Herman deep in Eagle territory, which resulted in a 21-yard touchdown pass from Stubblefield to senior receiver Zachary Hopper to put Foster up 28-7. Late in the period, senior linebacker Ricky Rich recovered a fumble deep in Georgetown territory that set up a 24-yard field goal by sophomore kicker Nicholas Arellano that made it 31-7 at the half.

Foster kept making big plays in the second half, as Stubblefield connected with senior receiver Cody Jackson for a 46-yard score, then Johnson exploded for a 42-yard touchdown run to make it 45-7 late in the third quarter.

Both teams added touchdowns in the fourth quarter, as junior running back Xavier Smallwood ran for a 13-yard touchdown, and Georgetown added a late score as backup quarterback Jordan Oldoerp found receiver Braydon Wilson for a 39-yard touchdown with under three minutes left in the game.

The Foster defense held the Georgetown running game to only two yards for the game.

Both Foster and Georgetown now have records of 8-4, but the Eagles’ season is over, while the Falcons now prepare for a Shadow Creek squad that has beaten them in all four previous matchups, including a 24-17 defeat last month at Traylor Stadium.