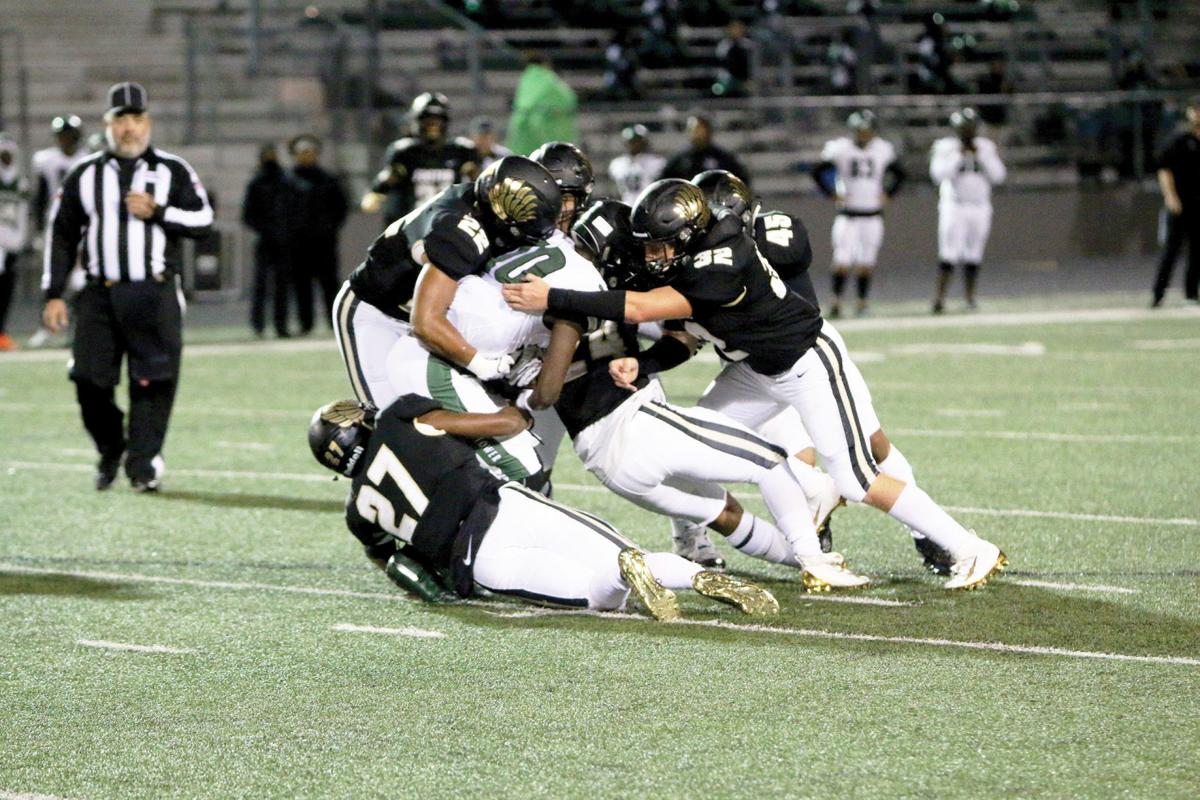 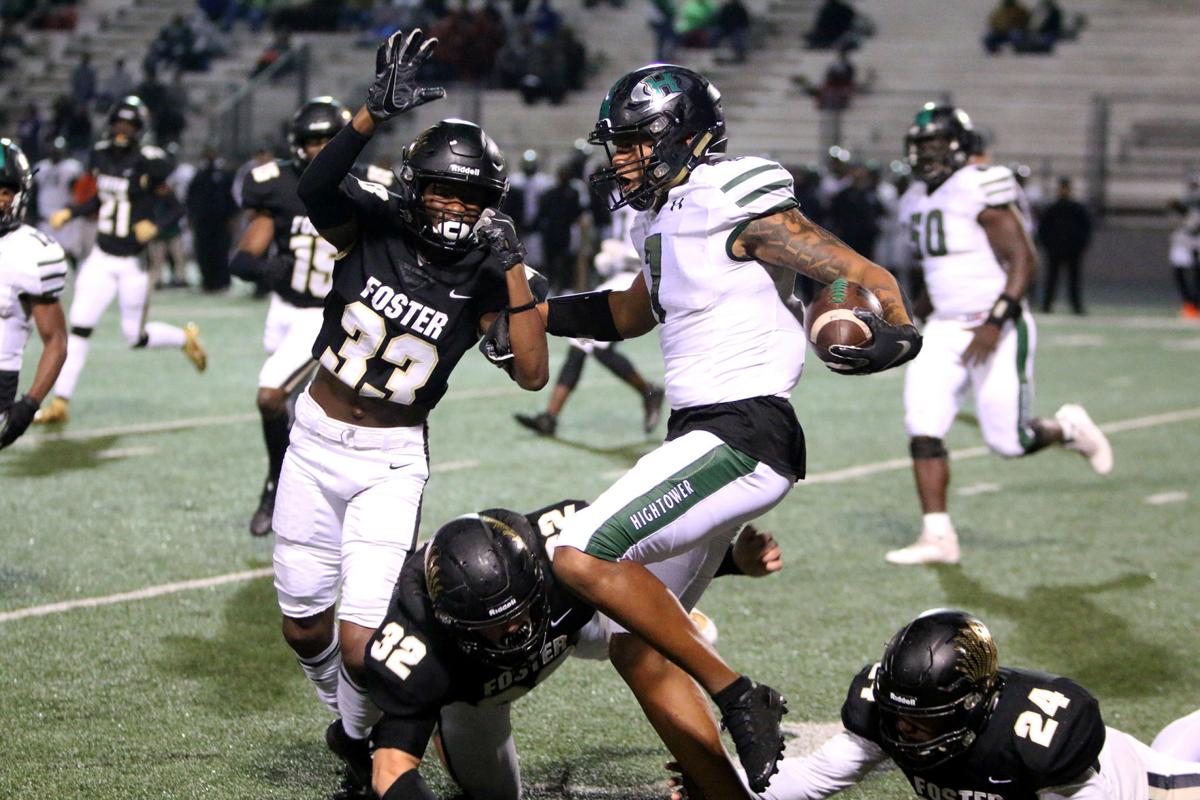 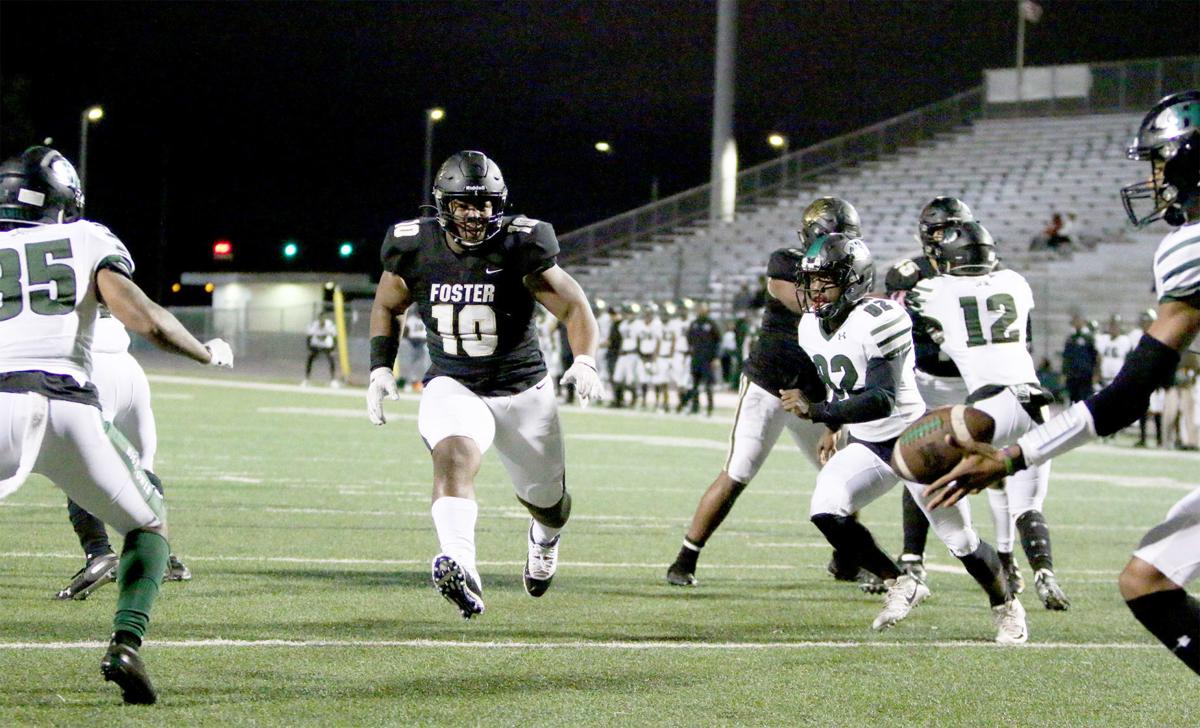 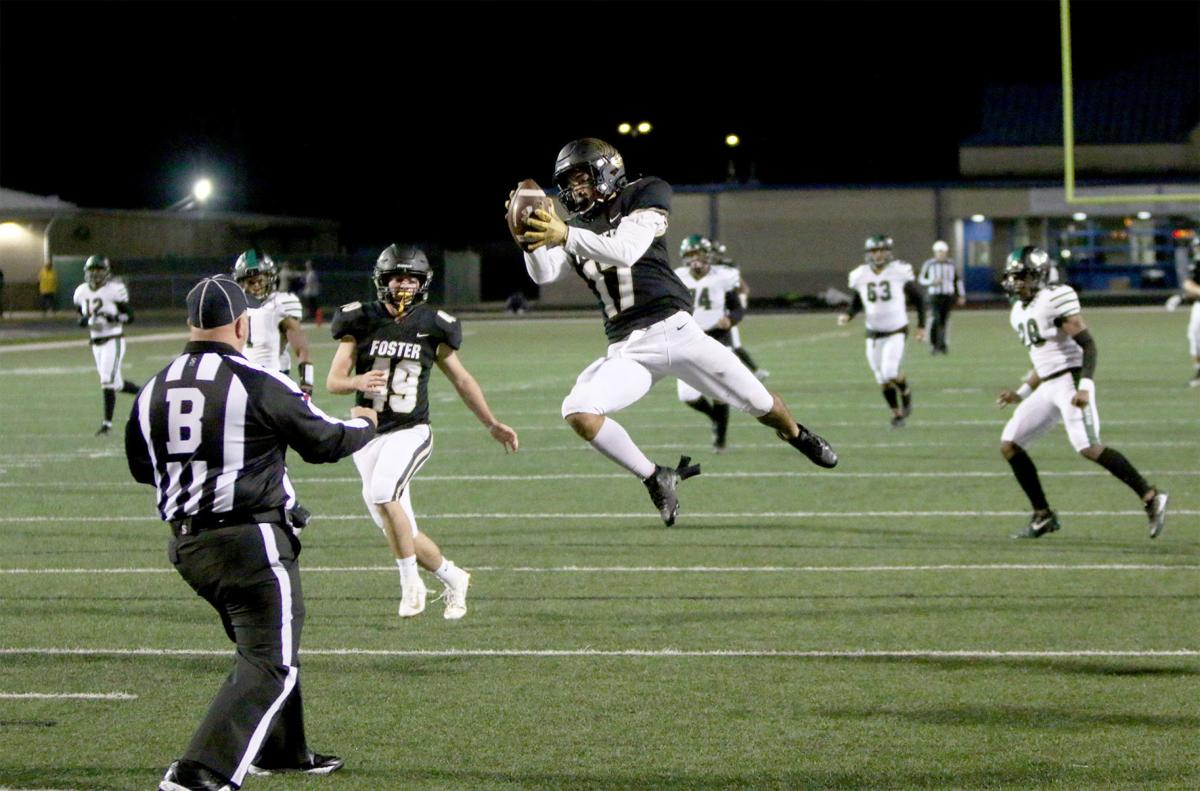 Foster senior Jayden Oliver snags the ball during a punt against Hightower.

Foster senior Jayden Oliver snags the ball during a punt against Hightower.

Foster couldn’t close the door on Hightower, falling 14-10 in the regular-season finale for both teams.

“Defense bailed us out for so long. They kept us in the game. (Hightower) couldn’t even get a first down.

“It was a battle of who had a better punter.

The Falcons fall to 6-4 overall and 4-3 in District 10-5A DI, the fourth seed entering the playoffs.

Hightower took the third seed with the victory, now 6-4 overall and 5-2 in the district.

The first half was a wash for both teams with the defenses dominating. The two teams combined for 11 punts in the first half and combining for under 150 yards of offense.

The defenses continued to dominate in the second half with the Hurricanes defenders putting the game’s first points on the board.

Foster senior quarterback Ryan Stubblefield attempted to extend a running play and it resulted in the ball coming loose.

Hightower senior Jordyn Rosborough scooped up the ball and raced 55 yards untouched to the end zone.

The Hurricanes led 7-0 with two minutes left in the third quarter.

But another turnover gave the ball back to Hightower when Stubblefield threw up a jump ball on what he assumed was a free play on a Hightower penalty. The pass was intercepted.

Foster quickly got the ball back and once again marched down the field.

This time, the Falcons were able to put points on the board with a five-yard touchdown run with nine minutes left.

On the ensuing drive, senior Bryson Harrell shook off previous kicking struggles and nailed a 37-yard field goal to put Foster up 10-7 with 2:43 left in the game.

But Hightower had an answer from junior quarterback Ja’kolby Longino, who found junior Trey Thomas wide open for an apparent 52-yard touchdown. The ball wound up on the 17-yard line due to a block in the back penalty against Hightower.

Senior Ronald Carroll punched in a five-yard run to put Hightower up 14-10 with 90-plus seconds left.

Foster worked quickly and got across the Hightower 30-yard line with 50 seconds left.

But Foster gave the ball back again to end the game. Junior receiver Taribbean Ramirez had the ball stripped while fighting for extra yards and Hightower recovered.

Foster will play the winner of the New Caney-Porter game on Friday in the bi-district round.

Golf comes to the fore with 'The Match: Champions for Charity'

Dida reflects on the 2005 and 2007 Champions League finals

NBA star reworks lyrics of famous song to be about diapers