It only took one game for Shaun McDowell’s squad to find themselves again, beating Travis 28-7 Thursday night at Traylor Stadium in the Battle of FM 359. 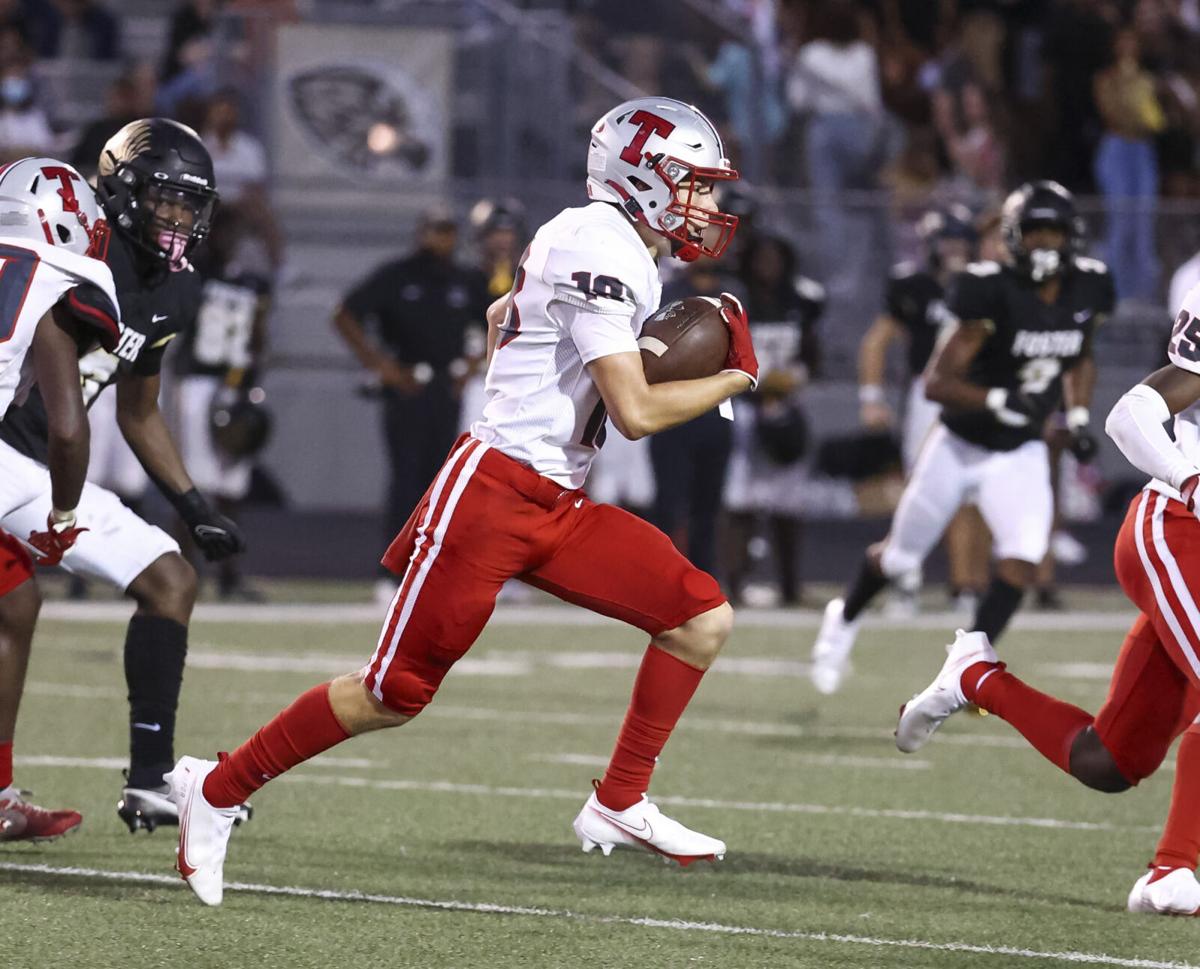 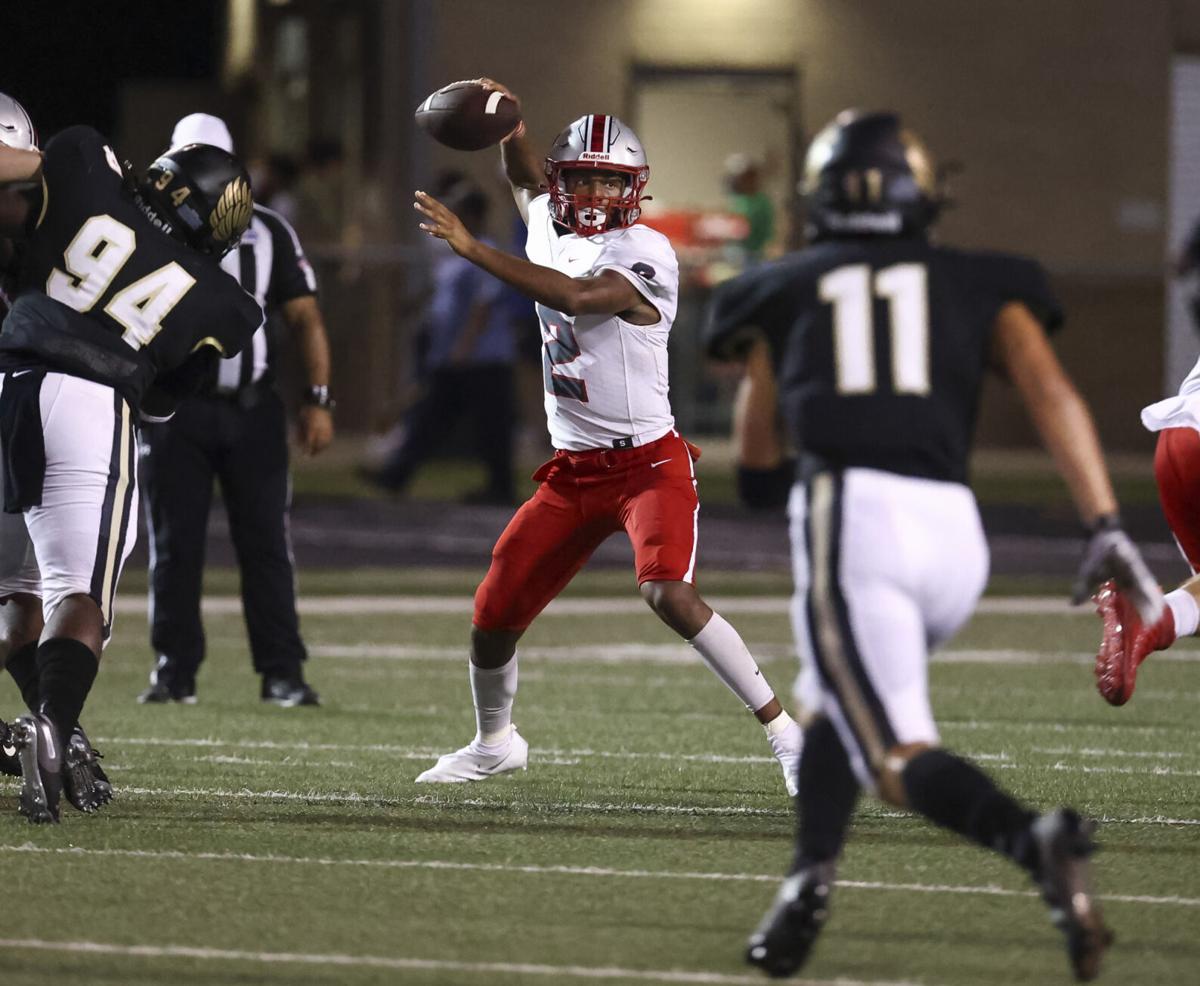 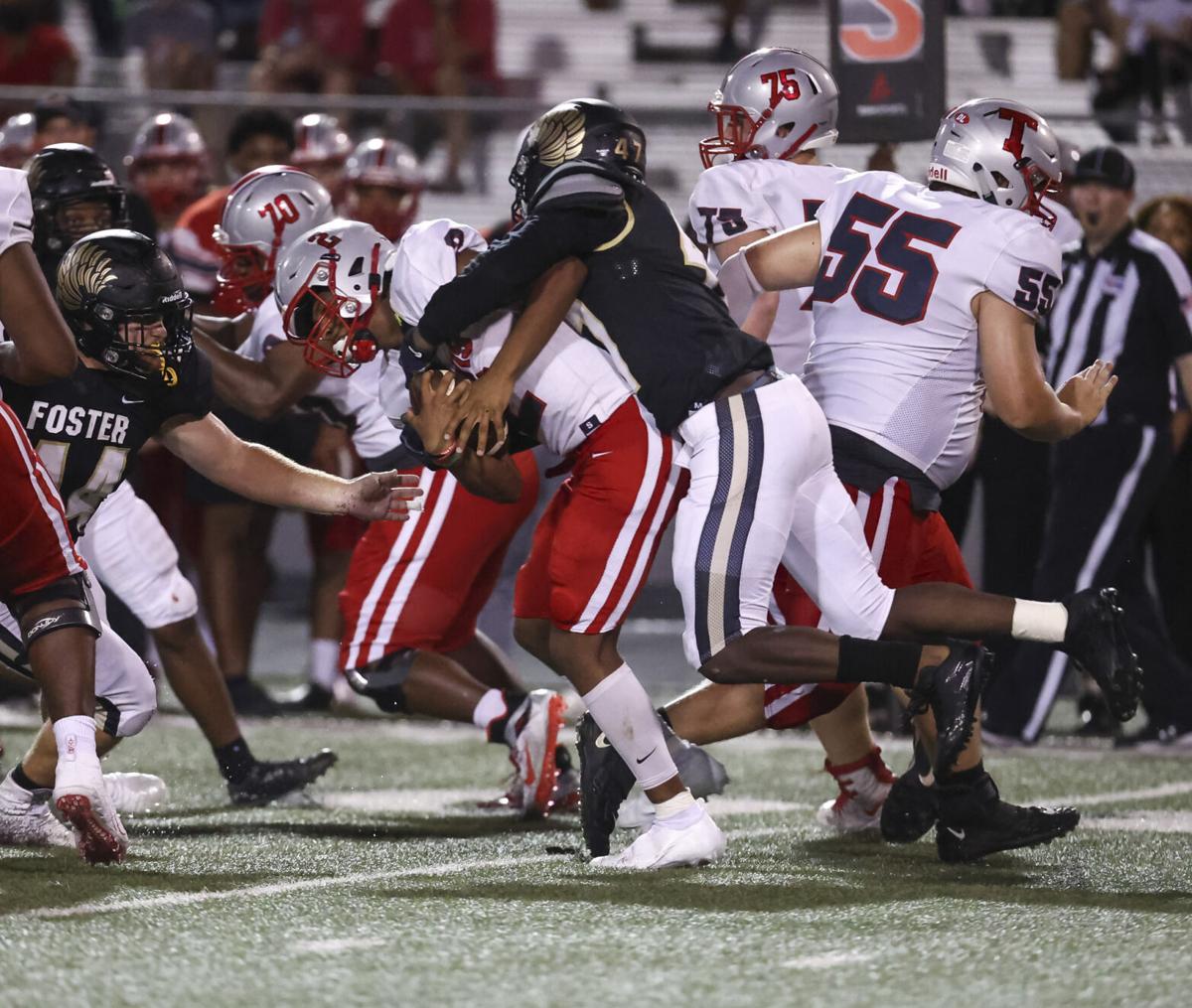 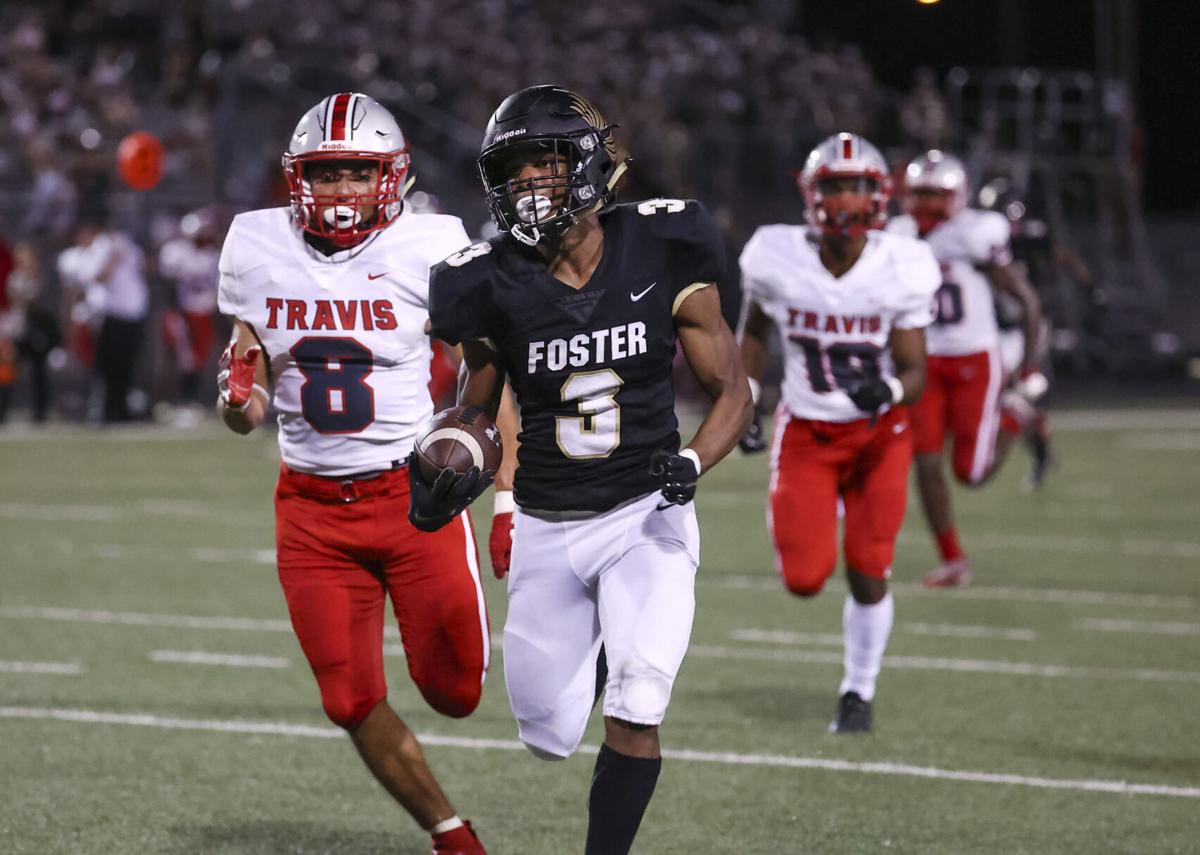 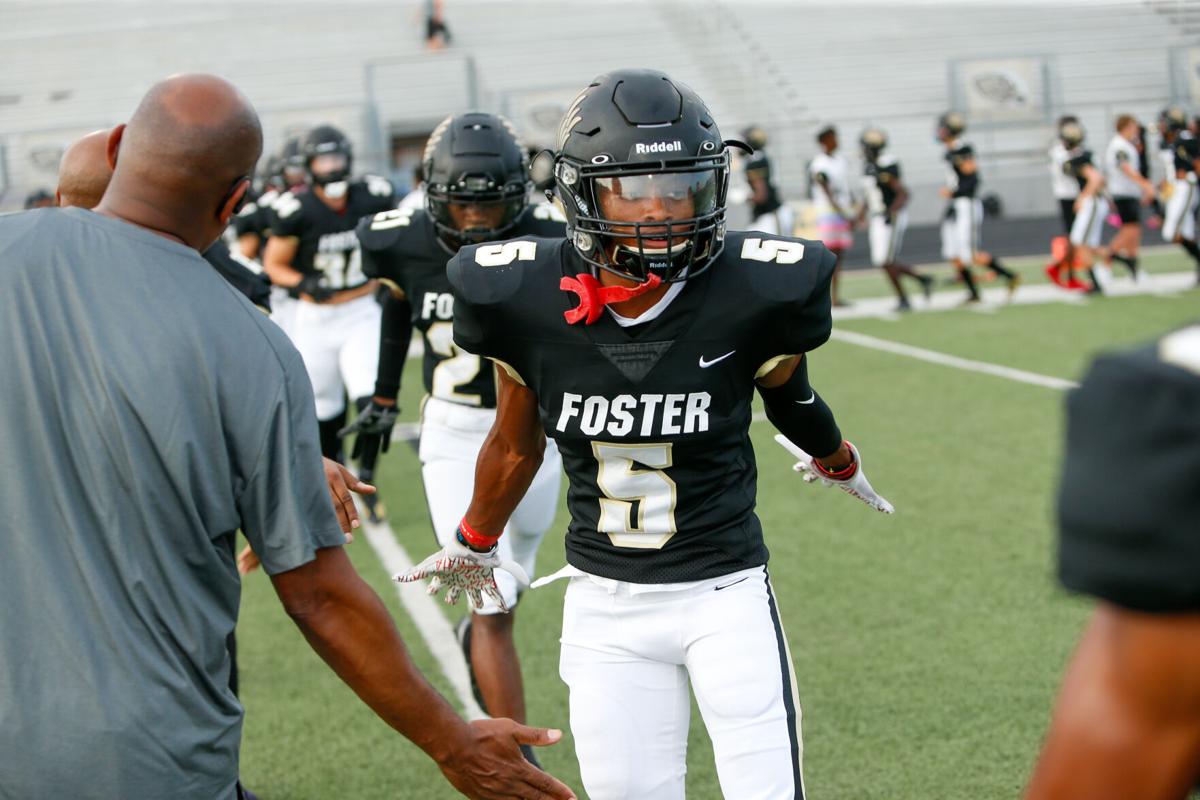 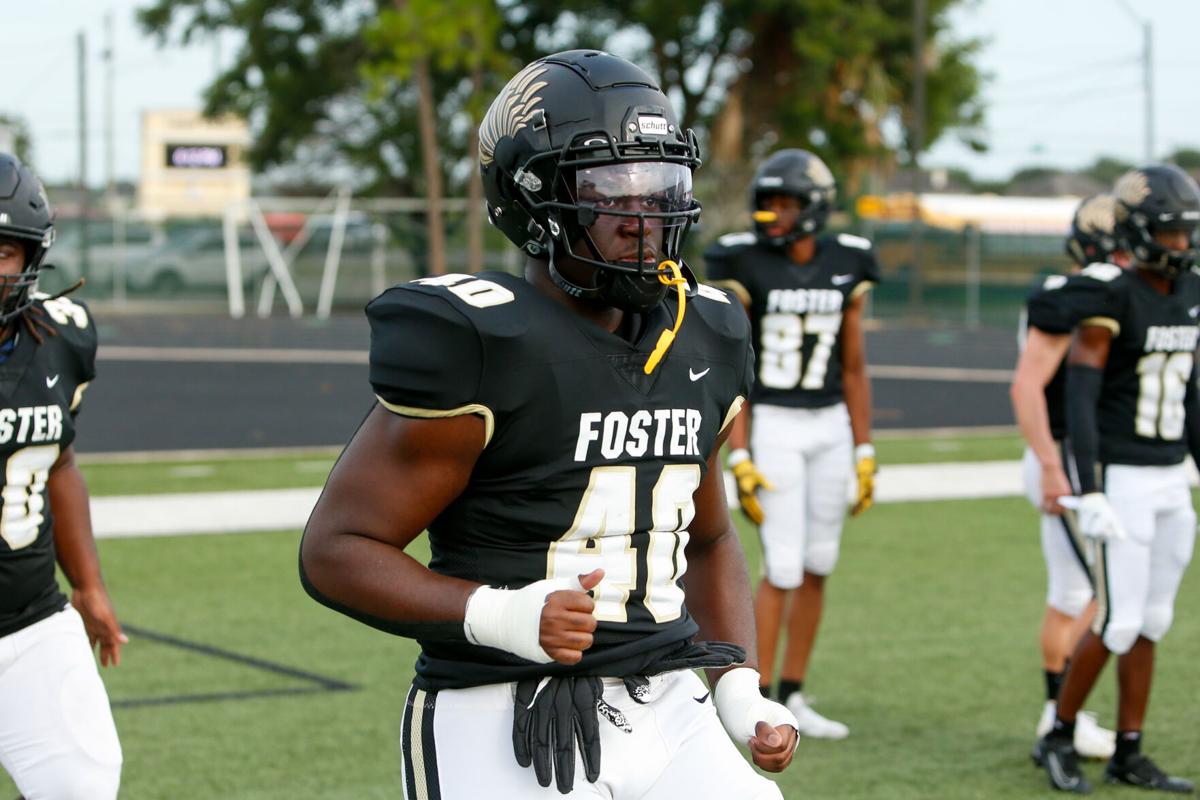 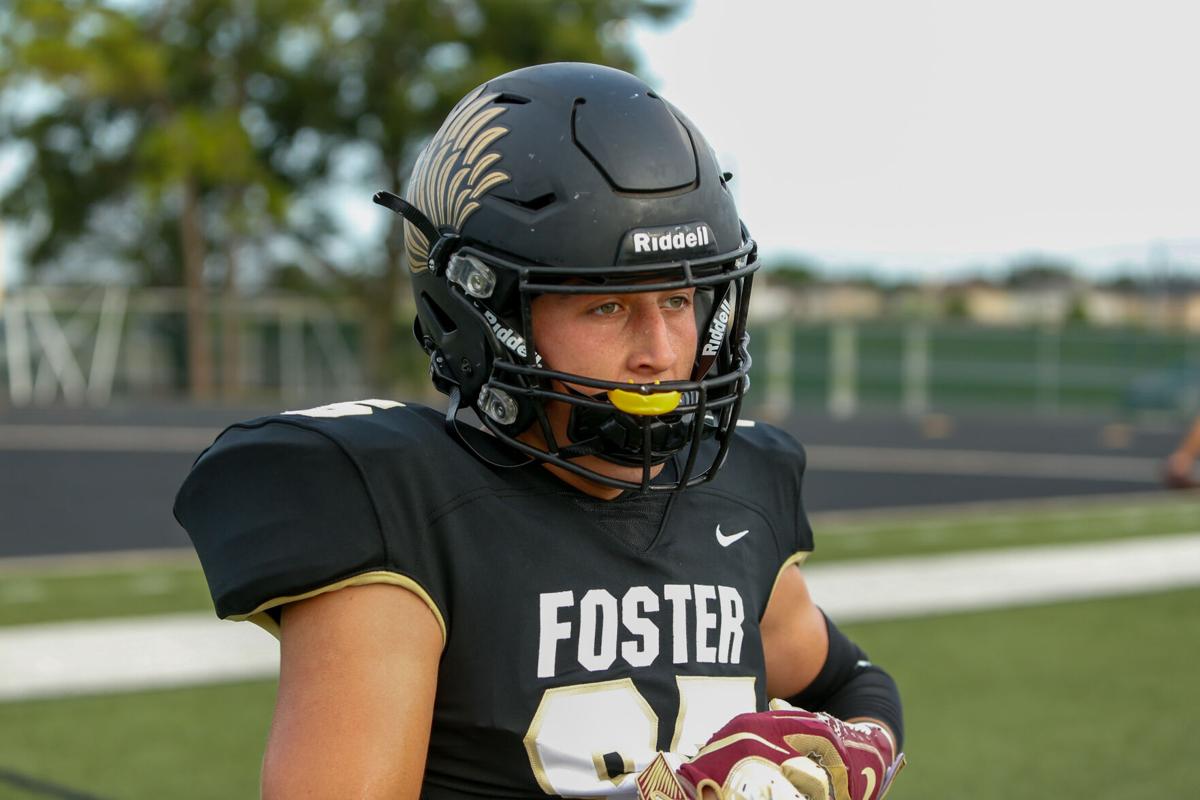 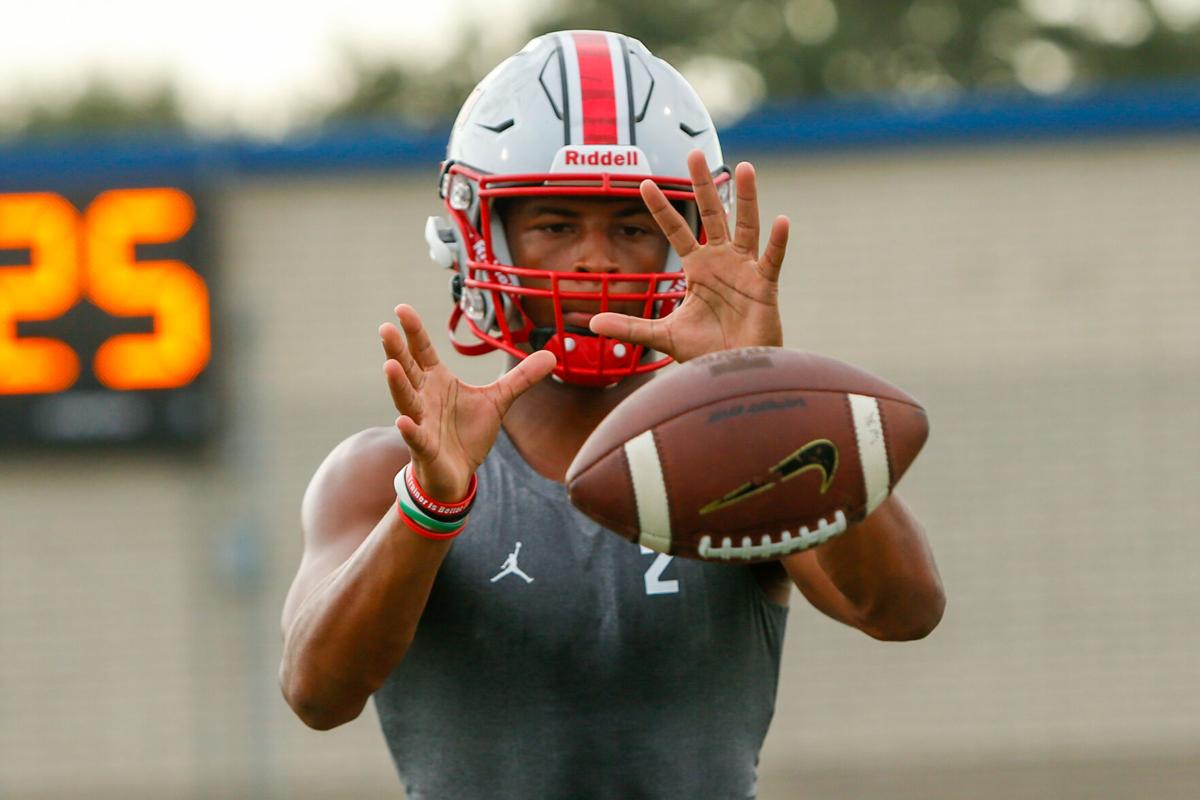 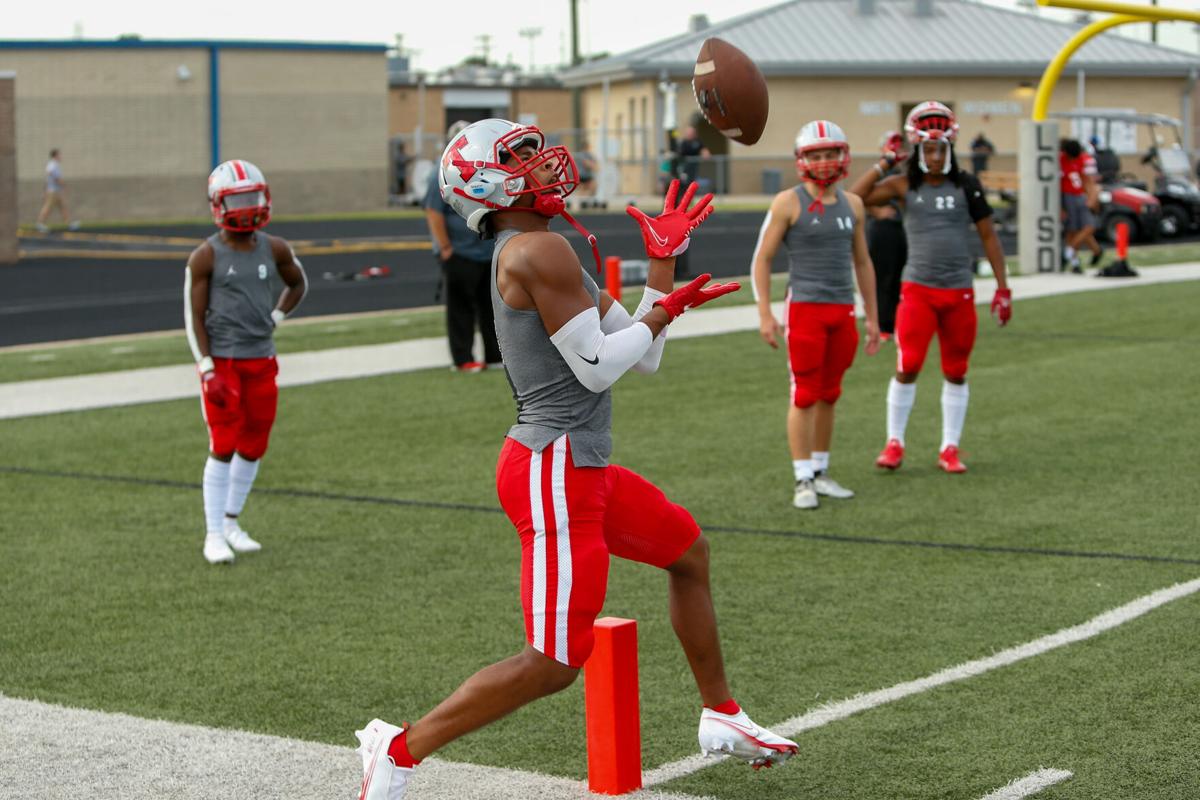 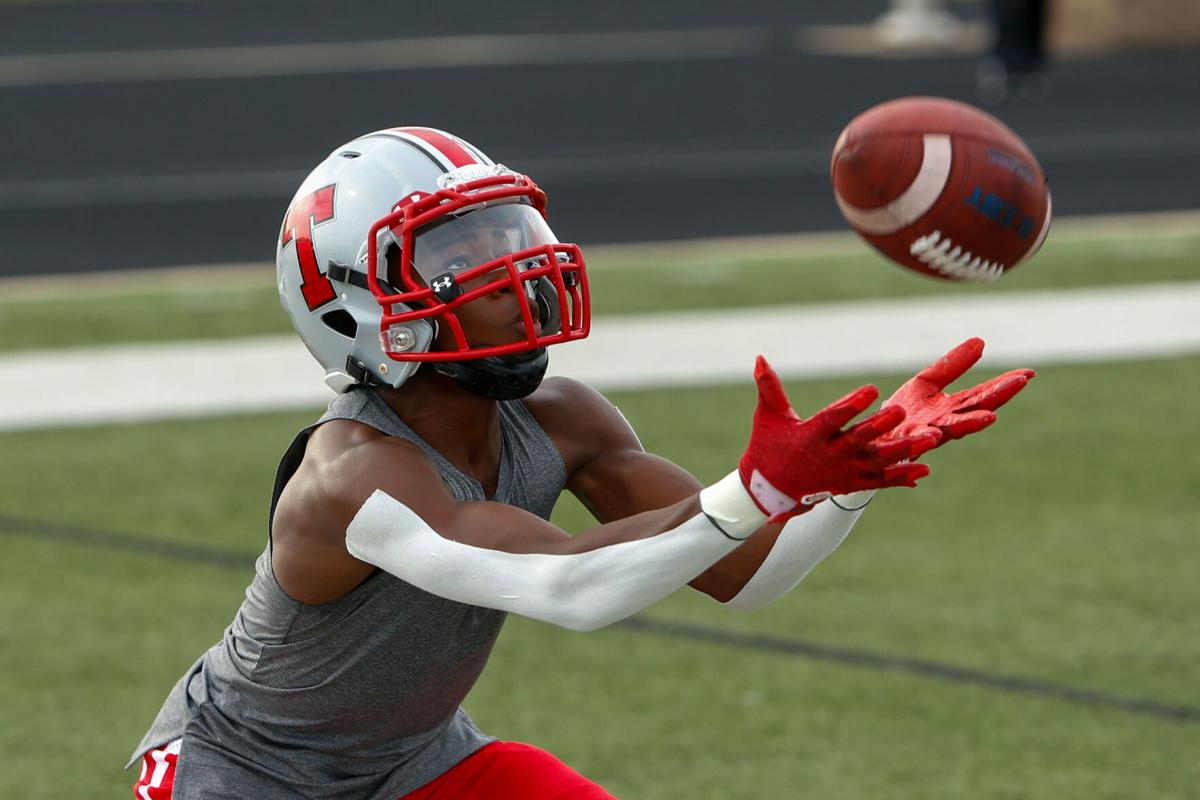 “It’s always night to get a win, especially against a neighborhood rival,” McDowell said. “It’s great to just get a win, period. These kids worked their butts off and believed in us (as coaches) and we believed in them. We just went back to work on Monday and got a great result tonight.”

The key change for the Falcons was at quarterback. Junior quarterback JT Fayard started after junior Landon Godwin opened the game against the Mustangs last week.

Fayard completed 15-of-21 passes for 301 yards and three touchdowns, giving life to a Falcons offense that had only 176 yards in Week 1.

“Our guys were able to settle in (with Fayard at quarterback),” McDowell said. “Both guys had a good week of practice, but we felt like JT had a slight edge, not taking anything away from Landon.

“JT does a really good job of getting the ball down field, and we had some wide receivers make plays tonight, which didn’t happen last week. We had some big time catches. I think being able to get into a rhythm and have some consistency really helped us.”

The Falcons scored on their opening drive, marching 75 yards in eight plays in just under five minutes. Fayard connected with Dylan Apponey for a 13-yard swing pass out of the backfield. The junior wide receiver outraced the Tiger defenders to the paylon for the touchdown with 7:14 remaining in the first quarter.

Travis was able to convert two fourth-down plays on their opening drive, but the Tigers stalled after a penalty required Travis to get over 30 yards for a first down.

The Falcons open the second quarter with another touchdown. A seven-play 89-yard drive took two minutes and 59 seconds to put Foster up 14-0. A 63-yard pass to Apponey put the Falcons quickly to the Travis 32-yard line. Junior Cedric Adjet took a quick forward pitch from Fayard for a three-yard touchdown with 10:18 remaining in the second quarter.

The two teams traded possession before Travis had its best three minutes of the contest. The moment started with junior Dru Sissom intercepting a Fayard pass and returning to Falcon territory. A personal foul at the end of the interception only helped the Tigers. A slew of penalties halted Travis’ attempts to score before senior quarterback Anthony Njoku fired a pass to the back of the end zone to his brother, senior Dominic Njoku.

Dominic dove for the ball and snagged for a Tiger score with four seconds remaining in the first half.

Travis was unable to extend that momentum in the Tigers’ opening drive of the second half and Foster answered with another touchdown.

The Falcons scored on a nine-play, 65-yard drive. A 33-yard reception by junior Kendal Stewart set up the touchdown. Junior Eli England powered his way into the end zone for a two-yard touchdown with 7:42 remaining in the third quarter.

A three-straight three-and-out drives between Travis and Foster, the Falcons found their dagger in the fourth quarter. Fayard dropped back and looked down for Stewart, who was bending his route across the field. The senior receiver caught the ball around midfield and raced to the end zone for a 76-yard touchdown with 7:48 remaining.

“(Kendal) has big-game experience,” McDowell said. “He made some big catches tonight.

Travis’ final efforts to make a comeback ended with Anthony Njoku was hit hard on a roughing the passer penalty. Sissom entered the game at quarterback.

Travis had only 135 yards of offense including 65 yards rushing.

“We’ve played good defense these past two weeks,” McDowell said. “We just gave up too much last week and we didn’t give up too many big plays this week. We made them earn it.”

Njoku was 9-of-21 for 45 yards and a touchdown pass for Travis, he also ran for 45 yards. Senior Gabriel Van Wyk had three catches for 27 yards.

Travis (0-2) will travel to the Berry Center in Cypress to play Cy-Falls in Week 3, while Foster (1-1) begins District 10-5A DI play at home against Katy Paetow next week.

“You go back to the little things,” Travis head coach Trey Sissom said. “We gave up three big plays of over 50 yards against a team that is pretty even with us otherwise. “Offensively, we were caught in a moment because we are so young. We started three sophomores and a freshman tonight. Offensively, it was tough to get us up to the pace we were used to playing at.”

Foster head coach Shaun McDowell entered Week 1 with a quarterback competition. After much of the offseason snaps going to JT Fayard, Landon Godwin earned the start for Week 1.

It didn’t go well for either quarterback in Week 1. Godwin and Fayard split time and neither quarterback could get the Foster offense out of neutral. Fayard showed promise, completing 50% of his pass (8-16) for 84 yards, but he also threw an interception.

Godwin was 3-of-8 passing for 18 yards, but had the Falcons’ only offensive touchdown — scoring on a one-yard run.

Coach McDowell had hoped he would need only one week to decide the quarterback position, instead he had to go back to the drawing board for another week of practice.

For now, it appears the Falcons’ confidence has been restored with a more familiar result under their belt and a quarterback starter decided. McDowell stated after Thursday’s game that the team would stay with Fayard at quarterback.

“I thought he had a lot better decision-making,” McDowell said. “The game slowed down for him during practice (this week). Not taking anything from Landon, but we’re going to have to throw the ball down field a little more. I thought JT gave us our best opportunity this week, because the way Travis plays things.”

Football coaches often dream of the day when they will be able to coach their sons on the football field. Travis head coach Trey Sissom is having that moment now with his son, junior Dru Sissom.

Dru is the Tigers’ backup quarterback, but he was playing the defensive secondary tonight against Foster. Sissom gave the Tigers spark in the second quarter when he was in the right place at the right time, snagging an interception that set up the Tigers’ only touchdown.

“It was one of those things that give you a tingle down inside,” Sissom said. “You’re super excited for him but that lasts for about five seconds, and your focus flips around to offense because we’re trying to score.

“That was a huge play in the first half. We’re down 14-0 and he gets the pick that sets up the score right before the half. It gave us some momentum.”

Dru was also able to get into the game at quarterback for a moment with starter Anthony Njoku sidelined in the final moments of the game following an illegal hit.