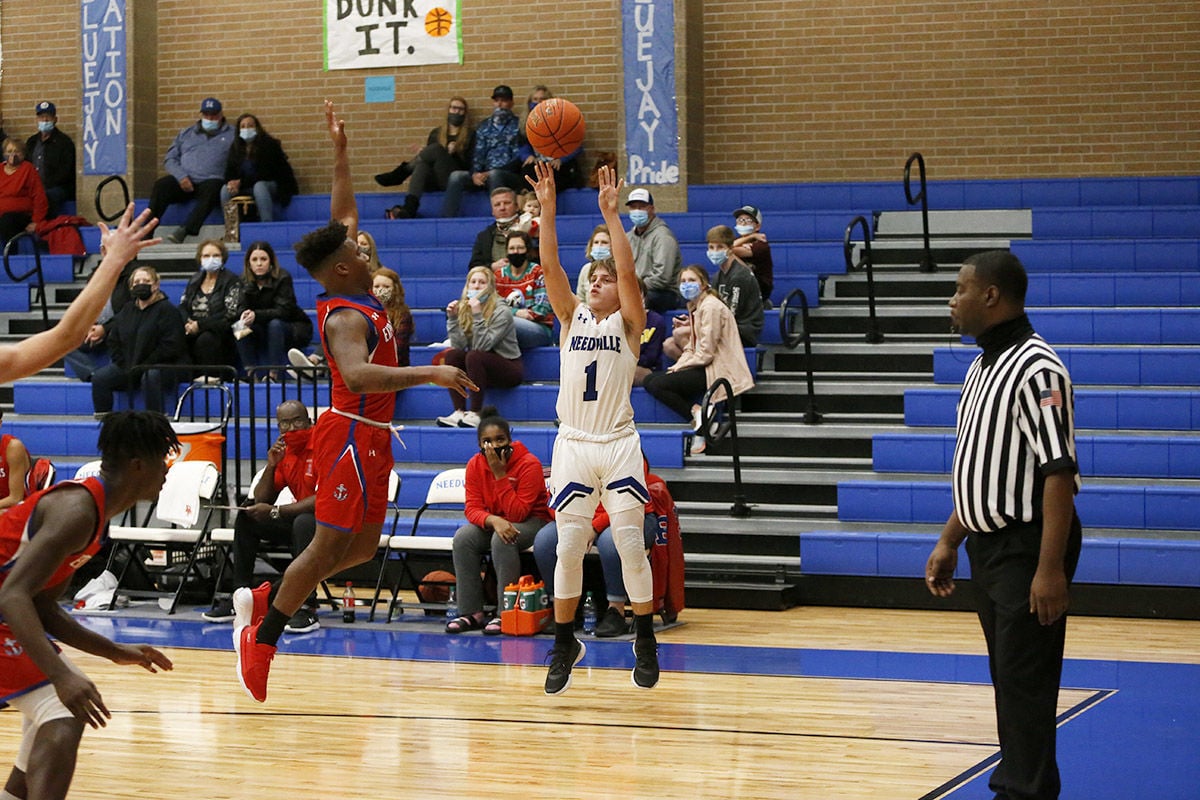 Needville’s Caden Slater puts up a shot against Brazosport. 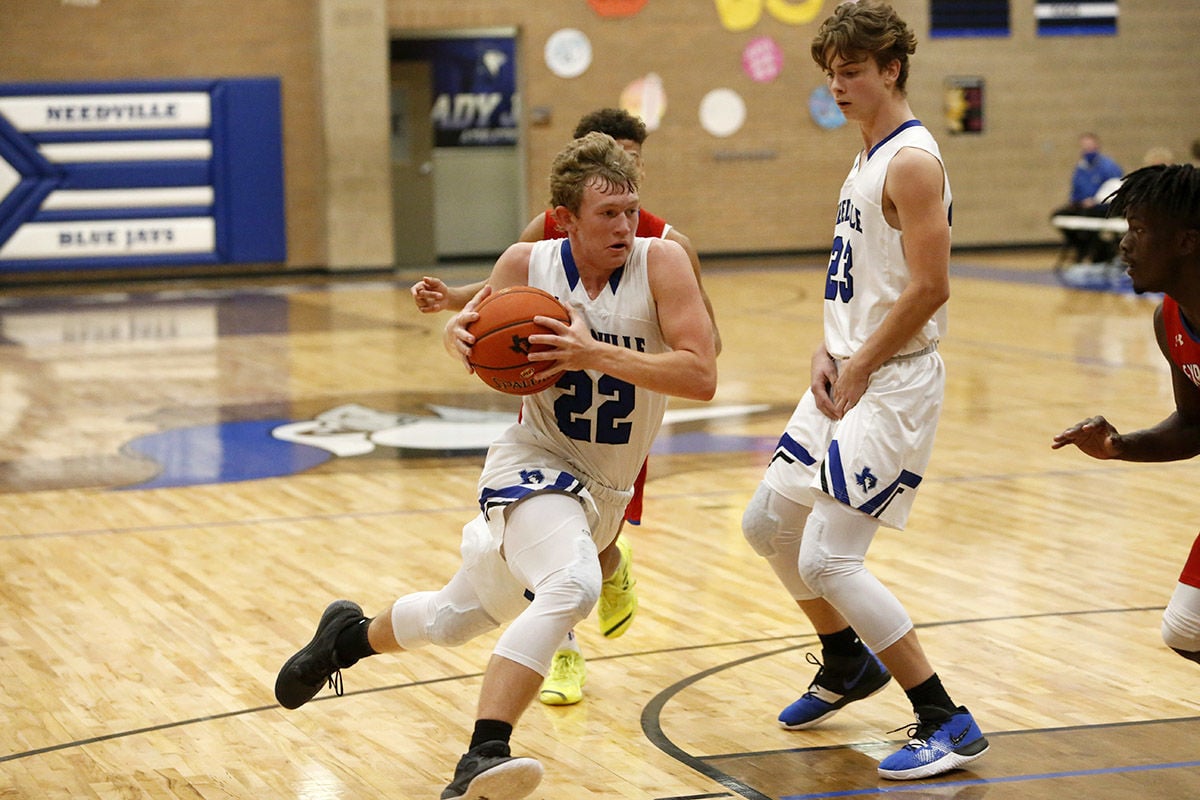 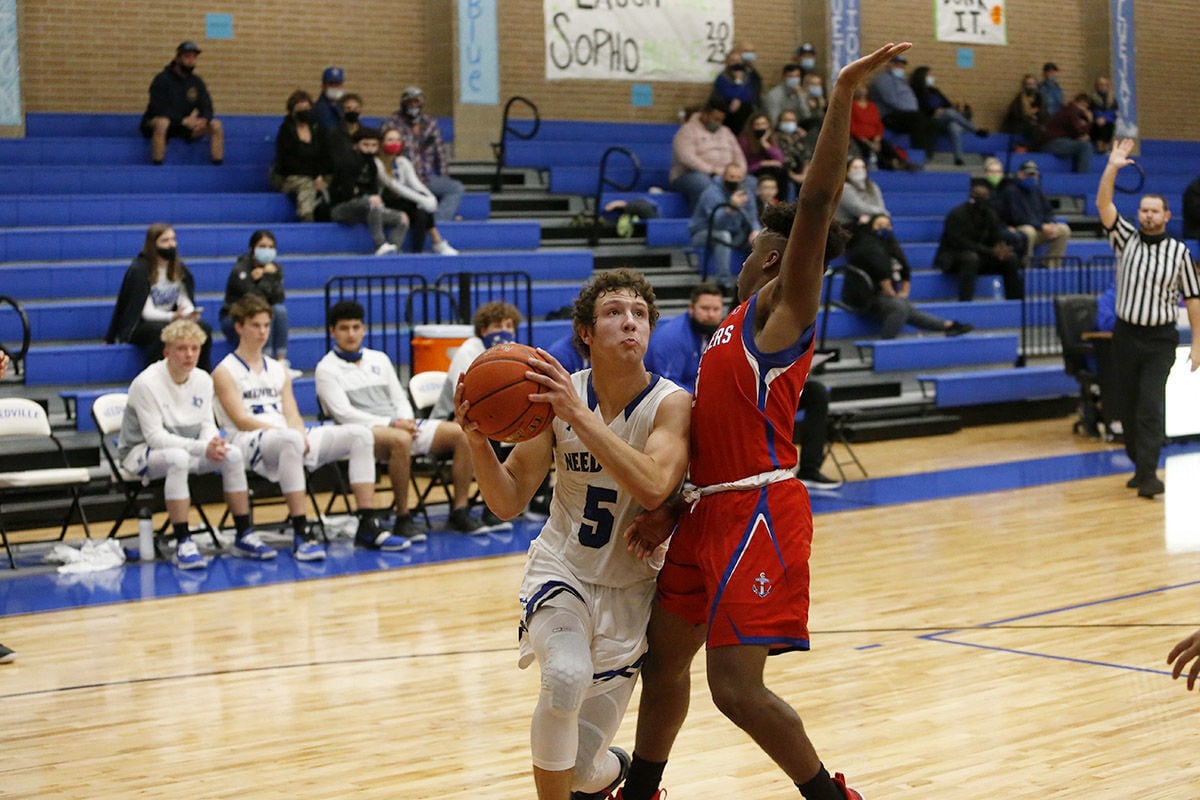 Needville’s Jace Elliston puts up a shot attempt against Brazosport. 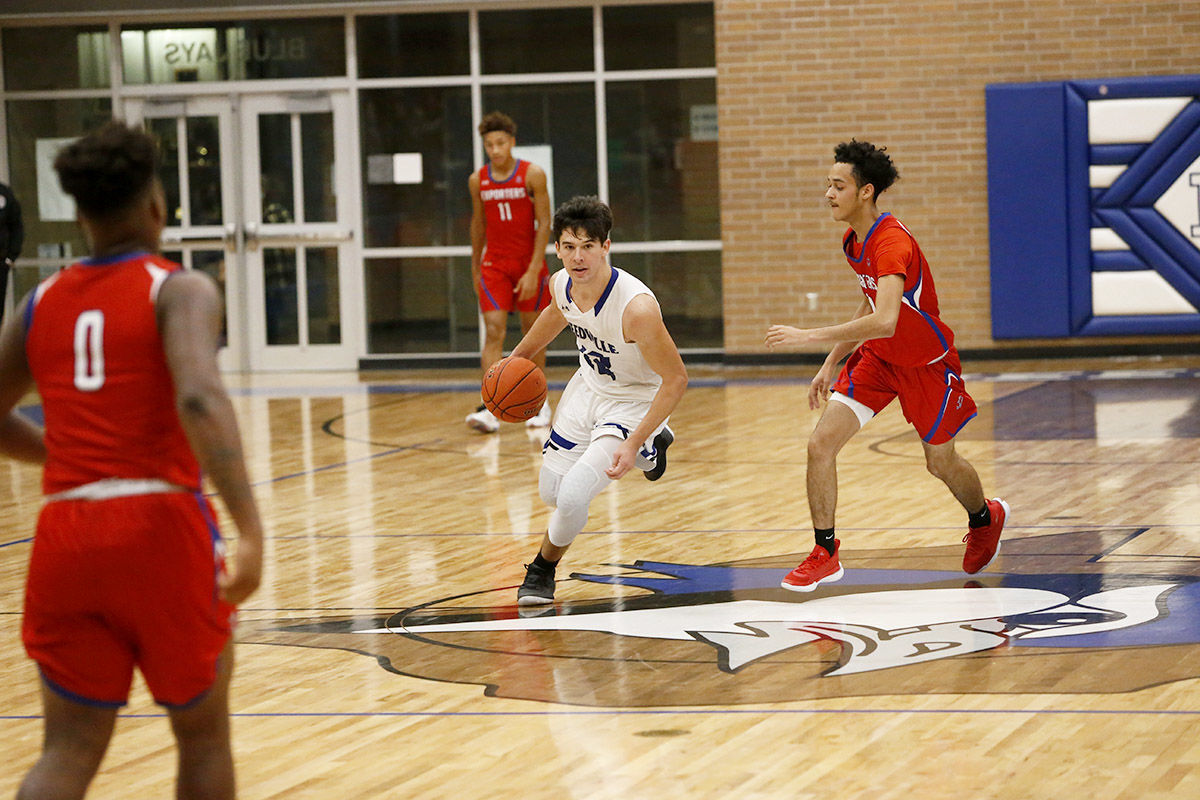 Needville’s Tannor Baker brings the ball up against Brazosport.

Needville’s Caden Slater puts up a shot against Brazosport.

Needville’s Jace Elliston puts up a shot attempt against Brazosport.

Needville’s Tannor Baker brings the ball up against Brazosport.

NEEDVILLE — The Needville High School boys basketball team won two quarters during Friday’s District 25-4A opener against Brazosport. The Blue Jays led 27-25 in scoring from the second and fourth quarter.

But unfortunately, the Exporters dominated the first and third quarters, 50-to-16, to win 75-43 in Blue Jay Gym.

“It’s tough,” said Needville head coach Patrick Oliver. “These guys work extremely hard in practice and do exactly what I tell them to do.

“We struggled to score in the half-court and turned the ball over; it makes things tough.”

Brazosport flashed its speed and size that caused a constant flow of Needville turnovers, 28 in total, that prevented the Blue Jays from getting into the game flow.

Needville trailed 24-8 to start the second quarter. The Blue Jays went on a run to cut the Exporters’ lead to five points. Charlie Horton hit a pair of three-pointers, and Tannor Baker assisted on a basket from Jace Elliston.

Horton set up Trevor Baker for a three-point to pull Needville within five points with four minutes left in the first half.

Brazosport took a timeout to regroup, and the Exporters didn’t look back. The visiting team led 32-19 before Needville scored their next points, a two-pointer from Horton inside three minutes left in the second quarter.

“It’s tough that we’re not playing a whole bunch of guys right now,” Oliver said. “Our district is a lot like Brazosport. They all are athletic, they all can run, and they all can defend. So, we’re going to have to put our big boy pants on. The coaching staff is going to figure it out and get our guys playing better.”

The Exporters added to their lead in the first four minutes of the third quarter, outscoring Needville 11-0 during their period of time.

Brazosport led 59-27 when a free-throw from Tannor Baker put Needville on the board.

The Exporters pressed the action on defense, leading to turnovers and fastbreak points. Needville’s Landon Hobbs added a three-pointer to break up the Exporters’ scoring to end the third quarter.

Needville trailed 64-32, entering the final frame. The Blue Jays would play to a draw in the last quarter, both teams scoring 11 points.

Needville was nearly even on the boards, with Brazosport recording 39 rebounds to the Blue Jays’ 34. The most significant difference was the turnovers; the Exporters had 26 points off turnovers than the Blue Jays’ seven.

Tannor Baker led the Blue Jays by scoring 11 points, followed by Horton with 10. Baker had a double-double, adding 10 rebounds and three assists. Horton led the team with three steals while adding eight rebounds.

Needville (1-5, 0-1) will play a non-district contest next Wednesday at Bellville.