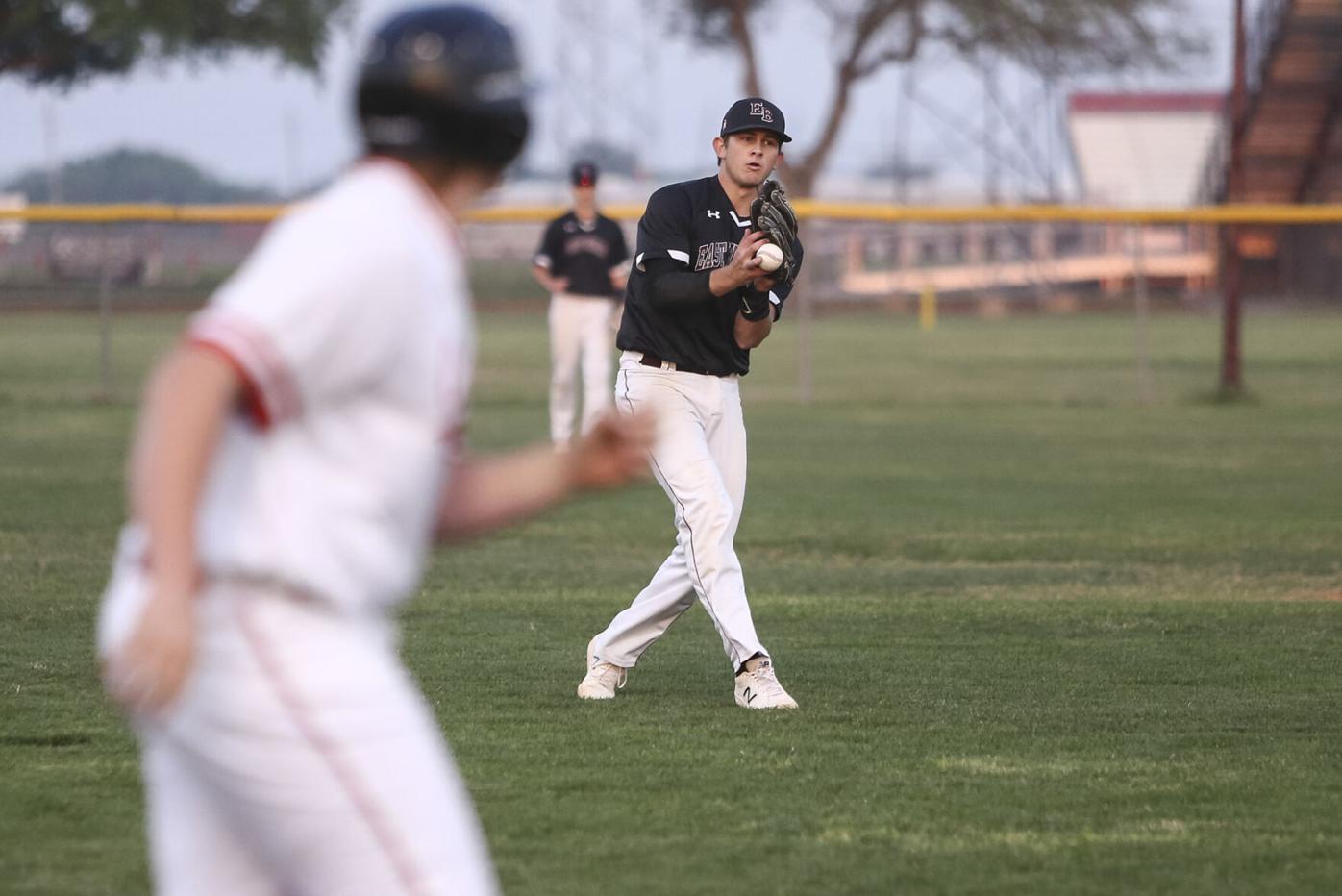 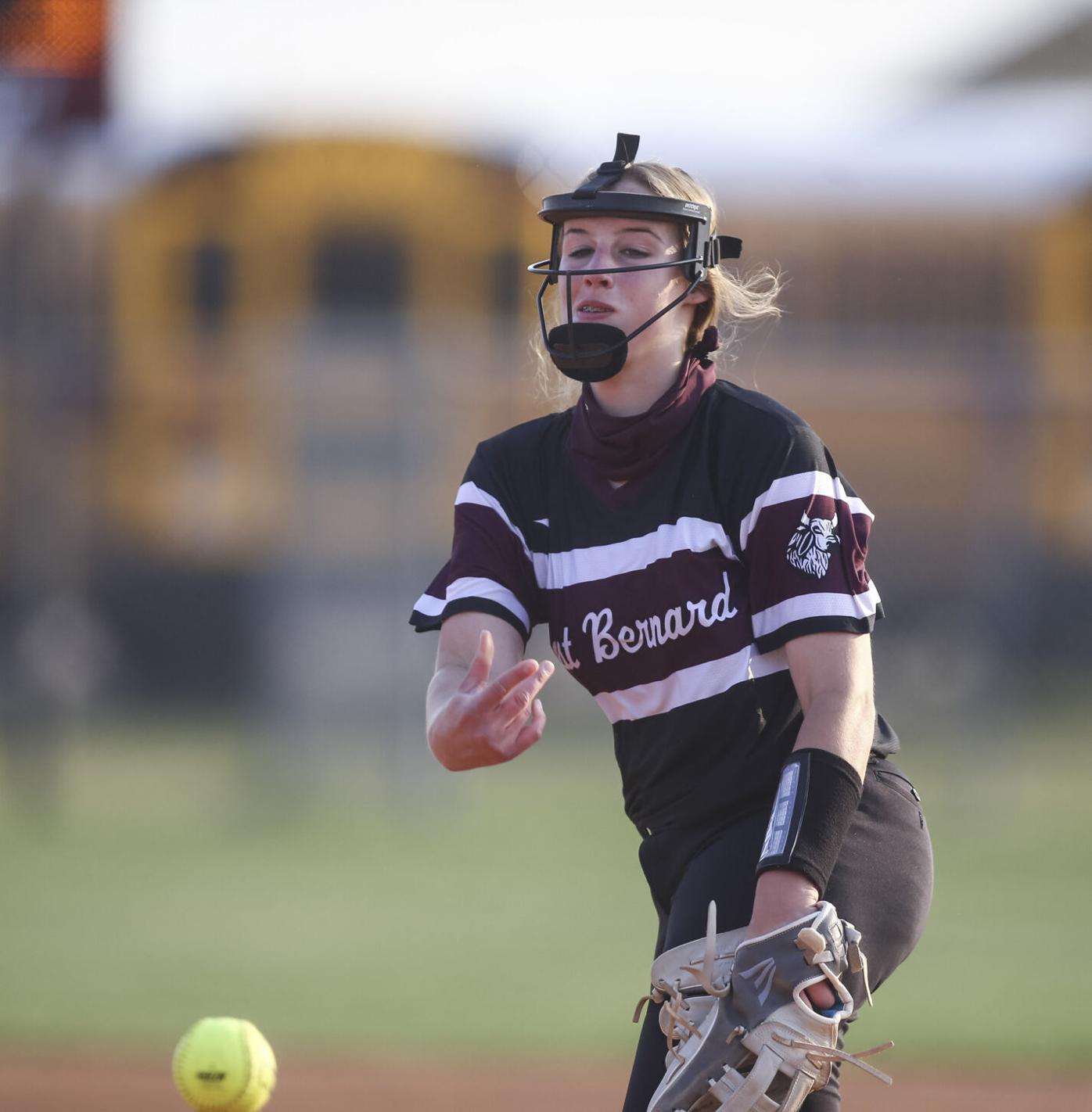 East Bernard softball team made sure to bring their bats for the short trip to Wallis Thursday night; the Brahmarettes used them early and often en route to a 12-1 win over Brazos.

Megan Gasch and Peyton McGuire got East Bernard rolling with RBI singles in the first inning.

Brazos answered in the bottom of the first inning with Kirby Richardson driving in Makinzy Kneip with a single, but it was all East Bernard after that.

Jolie Peloquin, Gasch and Lexie Warncke broke open the game in the third inning, with each hitting an RBI double. Sarah Devine drove in another run to make it 8-1.

McGuire continued the hit party with a two-run home run in the fourth inning. Bailey Leopold doubled in a run in the fifth inning and scored the Brahmarettes’ final run on a wild pitch.

Warncke limited Brazos to one run on two hits over five innings, striking out 13 and walking one.

Gasch and McGuire each finished with three hits; McGuire was 3-for-3 with two runs scored and three RBIs. Morgan Gasch stole three bases.

Brahmas’ starting pitcher Luke Minks’ quality start kept Brazos in check to allow East Bernard’s offense to pull away in a District 24-3A contest Thursday night in Wallis. East Bernard put together 13 singles without an extra-base hit to win 11-3.

The Brahmas knocked on the door in the first inning but didn’t score until the second inning. Reid Morton scored on an error to make it 1-0. Blake Walters hit a bases-loaded single, and a passed ball made it 3-0 in the third inning.

Grant Prazak forced home a run with a bases-loaded walk in the fourth, and Minks followed with a single to make it 6-0

Brazos got on the board in the bottom of the fourth. Jared Demny led off with a double to right field, and Dillon Arteaga drove him home with a single to center field.

East Bernard got that run back in the fifth, with Brennan Peloquin scoring on an error.

Brazos’ continued mental mistakes put runners in scoring position for East Bernard. Minks led off the sixth with a walk before stealing second, moving to third on a passed ball, and scoring on a single by Dallas Novicke, who would later score on a throwing error to make it 9-1.

Demney and Arteaga sparked the Brazos offense again in the sixth. Demney singled ahead of a double from Arteaga to make it a 9-2 game. Frayard made it three hits in a row for Brazos with an RBI single.

East Bernard scored two more runs in the seventh inning without recording a hit. Walters and Minks walked with two outs, and both runners scored on an error in the outfield with Novicke at the plate.

Peloquin and Korbyn Hudgins each had three hits for East Bernard. Arteaga was 2-for-3 with a run scored and two RBIs for Brazos.