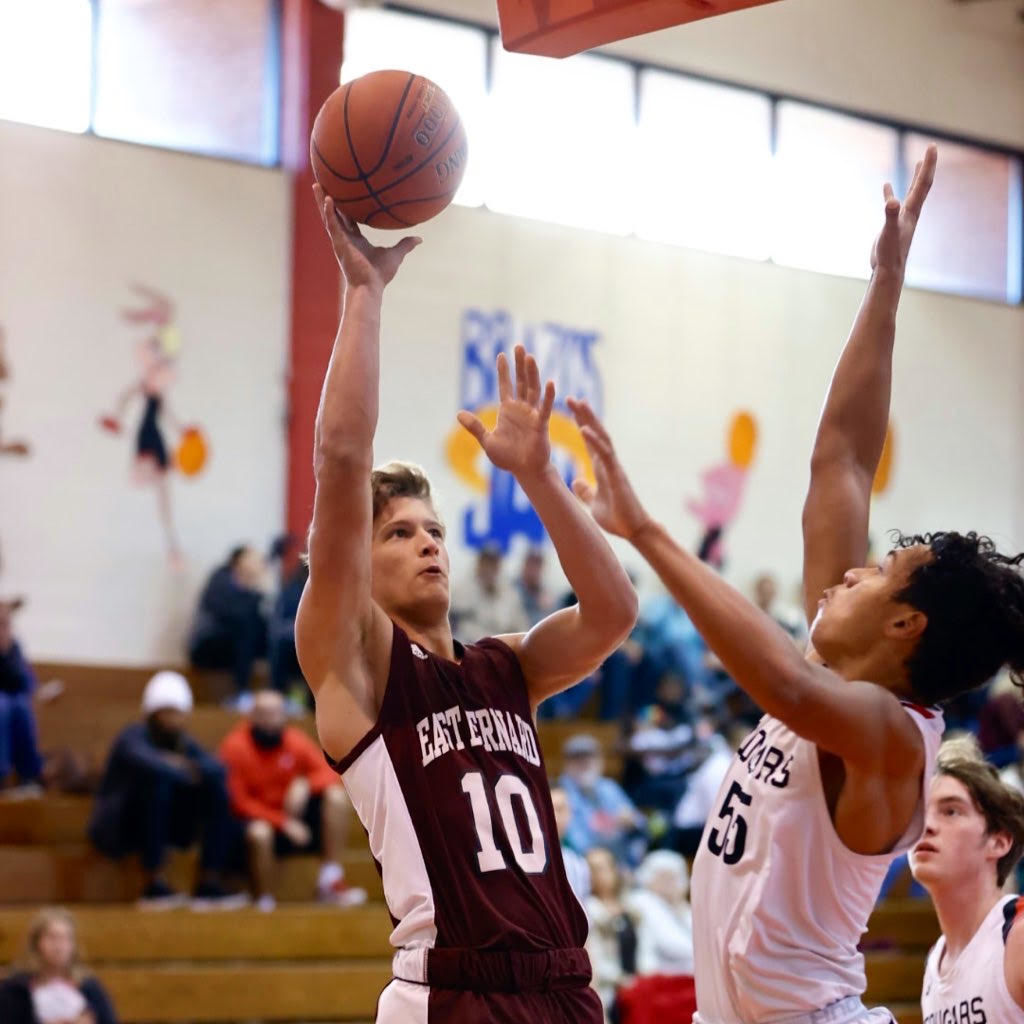 East Bernard junior Reid Morton goes up for a shot against Brazos. 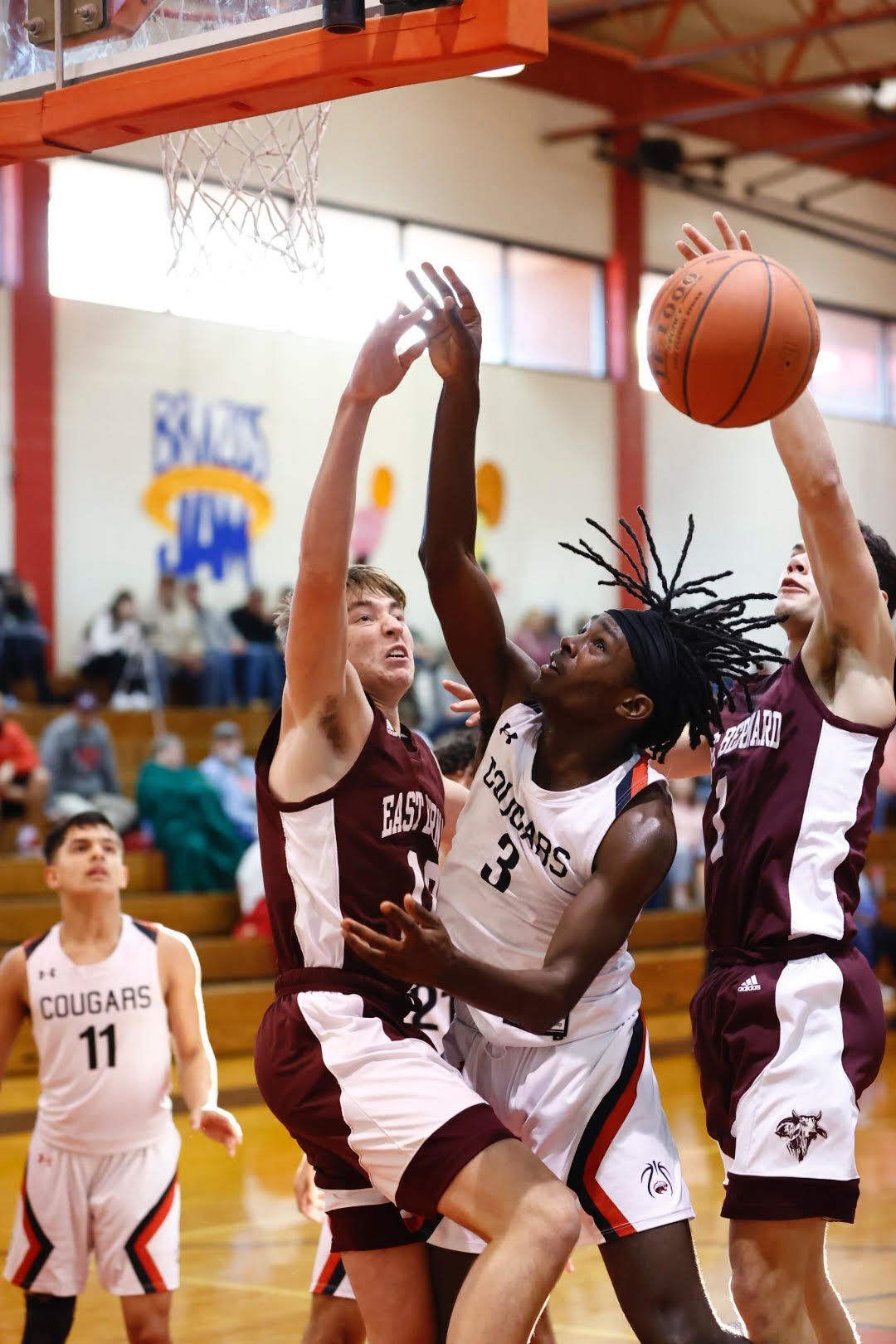 Johnson is rejected at the basket 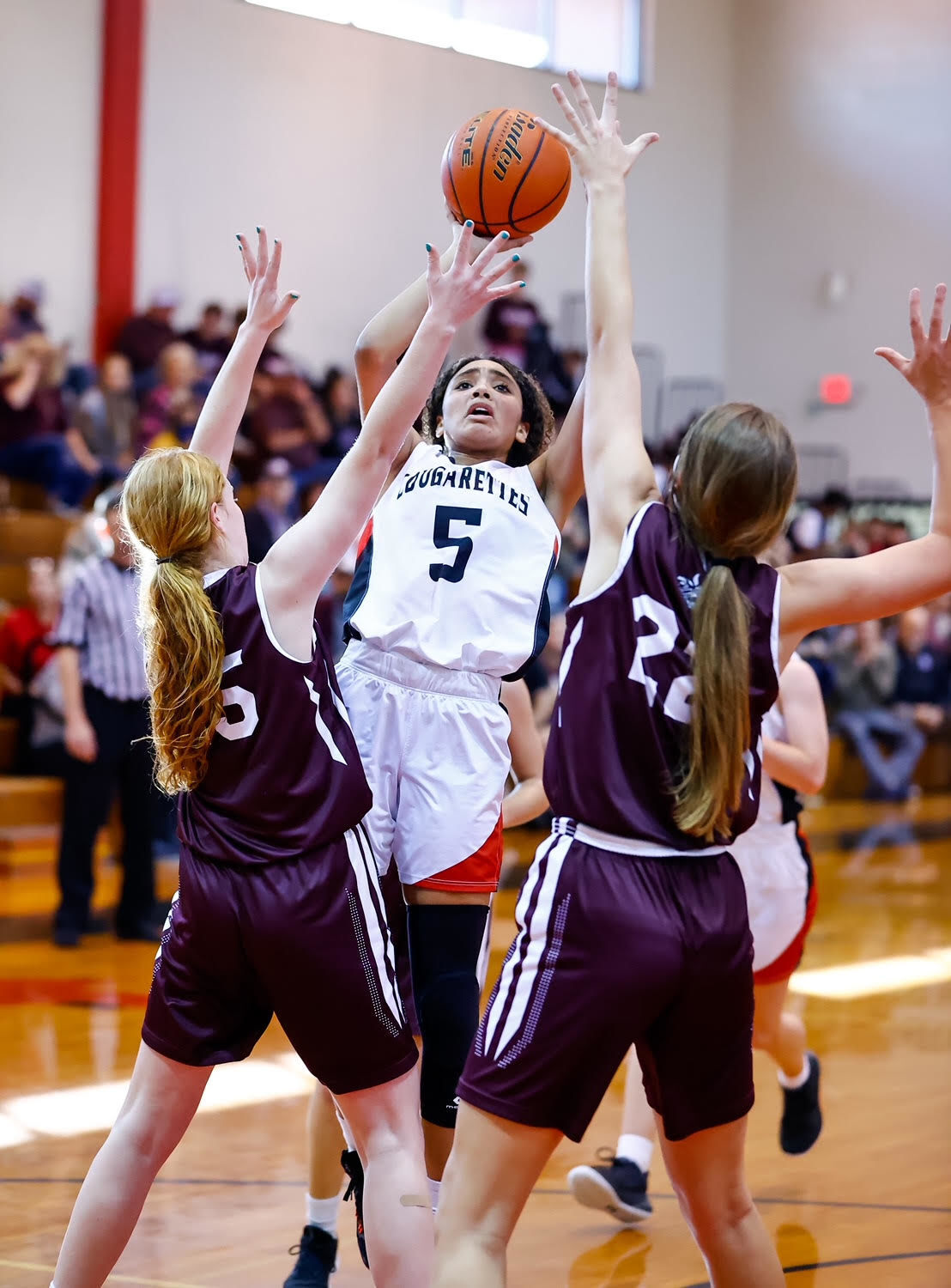 Brazos junior Haiven Alvarado-Harris leans back to put a shot against East Bernard. 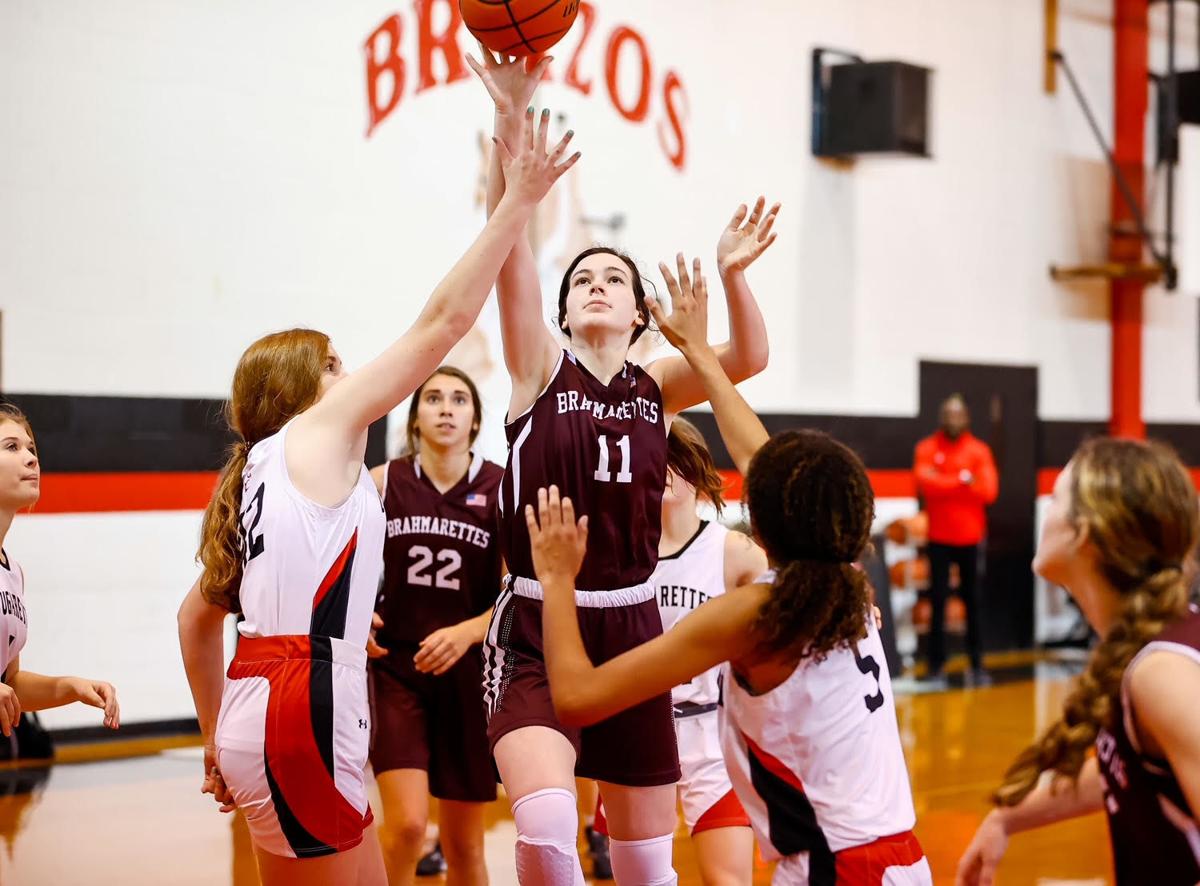 Devine scores for the Brahmas

East Bernard junior Reid Morton goes up for a shot against Brazos.

Johnson is rejected at the basket

Brazos junior Haiven Alvarado-Harris leans back to put a shot against East Bernard.

Devine scores for the Brahmas

WALLIS — The heart of the 2020-21 season began on Monday for District 24-3A. The boys’ teams began district play to create the traditional double-header with the girls’ team common in lower classifications.

District 24-3A’s first round of double-headers included the Brazos-East Bernard rivalry. The Brahmas took both games. The girls captured the opener with a late basket to win 42-41 and the boys were able to pull away for an easier win, 48-29.

Brazos and East Bernard had already played once this season during the Ganado tournament to begin the season. In that game, the Brahmarettes jumped out to an early double-digit lead and never looked back in a 53-31 victory.

Monday’s contest would be far closer with Brazos having a chance to take a lead inside the final two seconds, but East Bernard held on for the 42-41 win.

“We’re still trying to figure each other out,” said East Bernard coach Tiffany Lemos, who is serving as head coach after Steven Smith stepped away from the program earlier this month. “We have to trust each other.

“This game made them come together.”

Junior Haiven Alvarado-Harris was the driving force for the Cougarettes all game but she had her best scoring quarter in the first when she poured in eight of Brazos’ 13 points. Senior Meagan Demny added a three-pointer and senior Kirby Richardson added two points.

The Brazos margin remained the same at the half after both teams scored nine points in the second quarter. Hall and Hudgins each scored three points and Rabius added two points for East Bernard, while Alvarado-Harris, Demny and Richardson continued to put up points for Brazos.

In the second half, Brazos struggled to shoot the ball. Alvarado-Harris hit two three-pointers to have 10 points over the final 16 minutes, but the Cougarettes missed all seven of their free-throw attempts in the fourth quarter.

East Bernard junior Sarah Devine helped the Brahmarettes close the gap with six points in the second half, and the visiting team was able to grab the lead with 11 fourth-quarter points.

The key play came with 50 seconds remaining in the game. Devine collected a long rebound off a Hall shot and she quickly passed it to freshman Ashlynn Lemos.

Lemos, without hesitation, created space with a drive off the three-point line and took a shot.

East Bernard led 42-41 and multiple times in the final minutes Brazos was sent to the line and missed both free throws including a pair inside the final two seconds of the game.

Rabius, Hudgins and Hall all had nine points to lead the scoring for East Bernard. Brazos’ Alvarado-Harris had 22 points and Demny had 10 points.

“We took care of the ball this time around against East Bernard,” Brazos head coach Joe Calhoun said. “The girls played hard, they really wanted this.

“We just fell short, the ball just didn’t go in. I’m proud of the way the girls played tonight.”

Monday afternoon’s game in Cougar Gym was as simple as it gets in basketball. East Bernard’s shots went in and Brazos’ didn’t go in a 48-29 victory in the Brahmas’ District 24-3A opener.

“It’s always good to get that first (district win),” East Bernard head coach Jerry Brantly said. “Especially over here (at Brazos), they always play us tough. We have a little rivalry going and their kids play tough. They are getting better.”

East Bernard was able to create easy opportunities with crisp passing around the rim, while Brazos struggled to knock down shots and find space on drives to the basket.

The second quarter was a defensive struggle with 12 points scored between the two teams.

East Bernard began to pull away in the second half, doubling up Brazos 14-7 in the third frame. Senior Mason Crist had five points and East Bernard made all six of its free-throw attempts.

Senior Elijah Johnson had five points for Brazos in the third quarter and would keep the Cougars in the game with seven points in the fourth quarter.

“We shot the ball really poorly today,” Brazos head coach Joshua McCown said. “We couldn’t hit anything from outside. I don’t know how many threes we hit, but it wasn’t many and we took a lot.

“Free throws: We were 2-for-10 and they were 11-for-12. If they are going to make free throws and we’re not going to make shots it’s going to be tough. That is a bad recipe to get a win.”

But East Bernard pulled away with seven points from Crist and six points from senior Dallas Novicke in the fourth quarter.

Crist had 17 points and Lemos finished for 14 points for East Bernard. Johnson had 12 points and Gaston had seven for Brazos.