Starting at
$1.00 for 1 day
Get Started
View all rates
You are the owner of this article.
Edit Article Add New Article
You have permission to edit this article.
Edit
Home
News
Opinion
Education
Sports
Business
Special Publications
Weather
Archives
e-Edition
Classifieds
Search
Pay My Bill
1 of 3 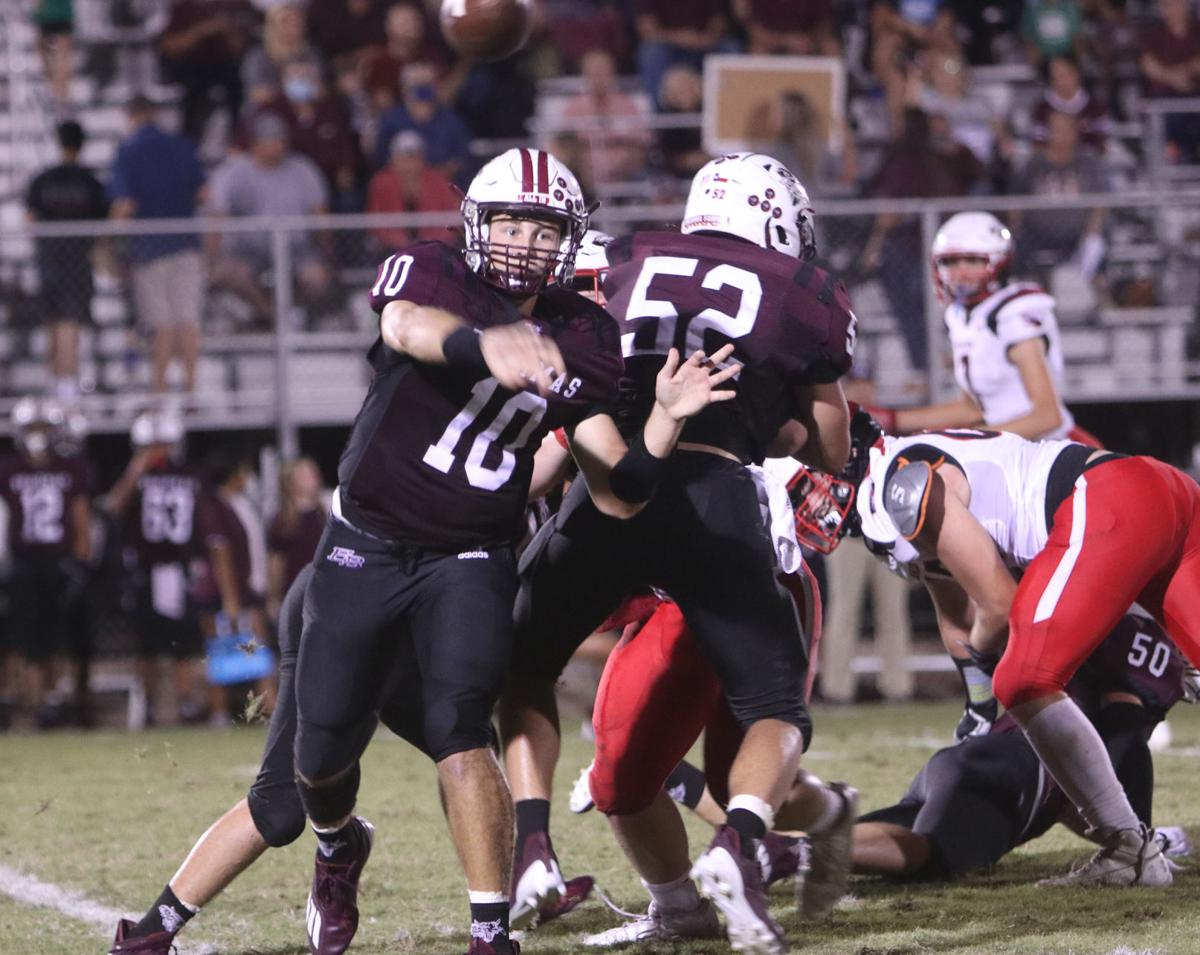 East Bernard High School senior quarterback Dallas Novicke rifles a pass to a receiver on the far sideline for a 5-yard advance during Friday night’s home game against the Brazos Cougars. 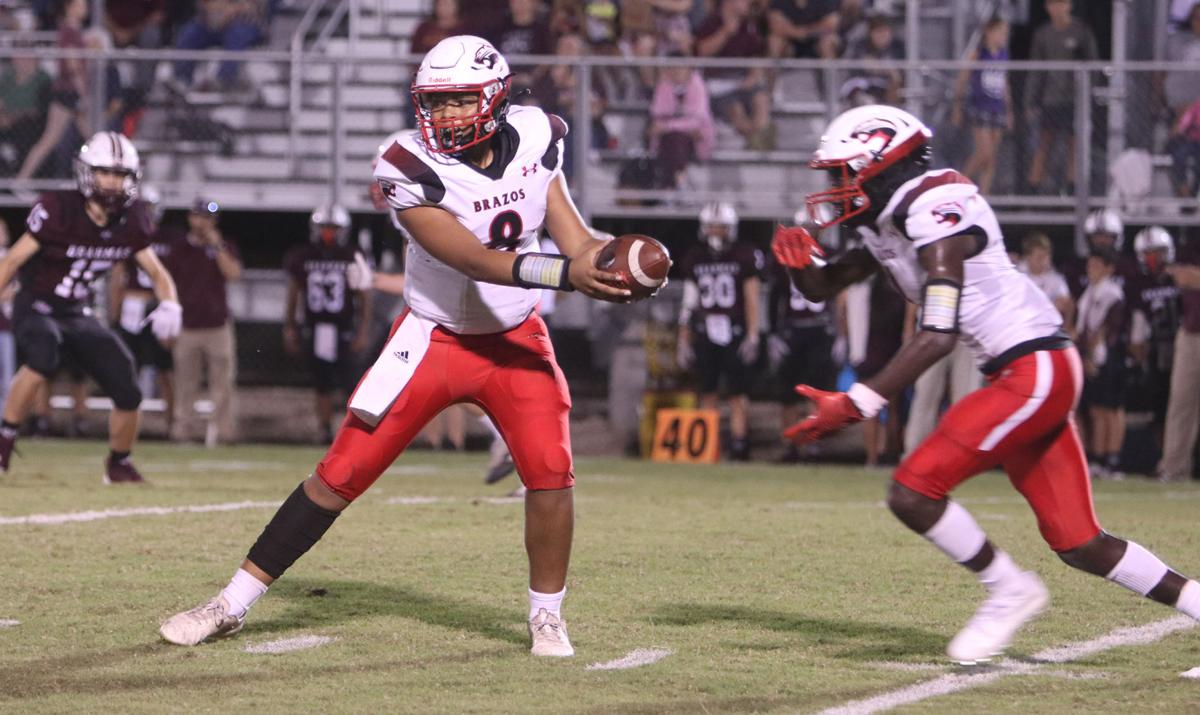 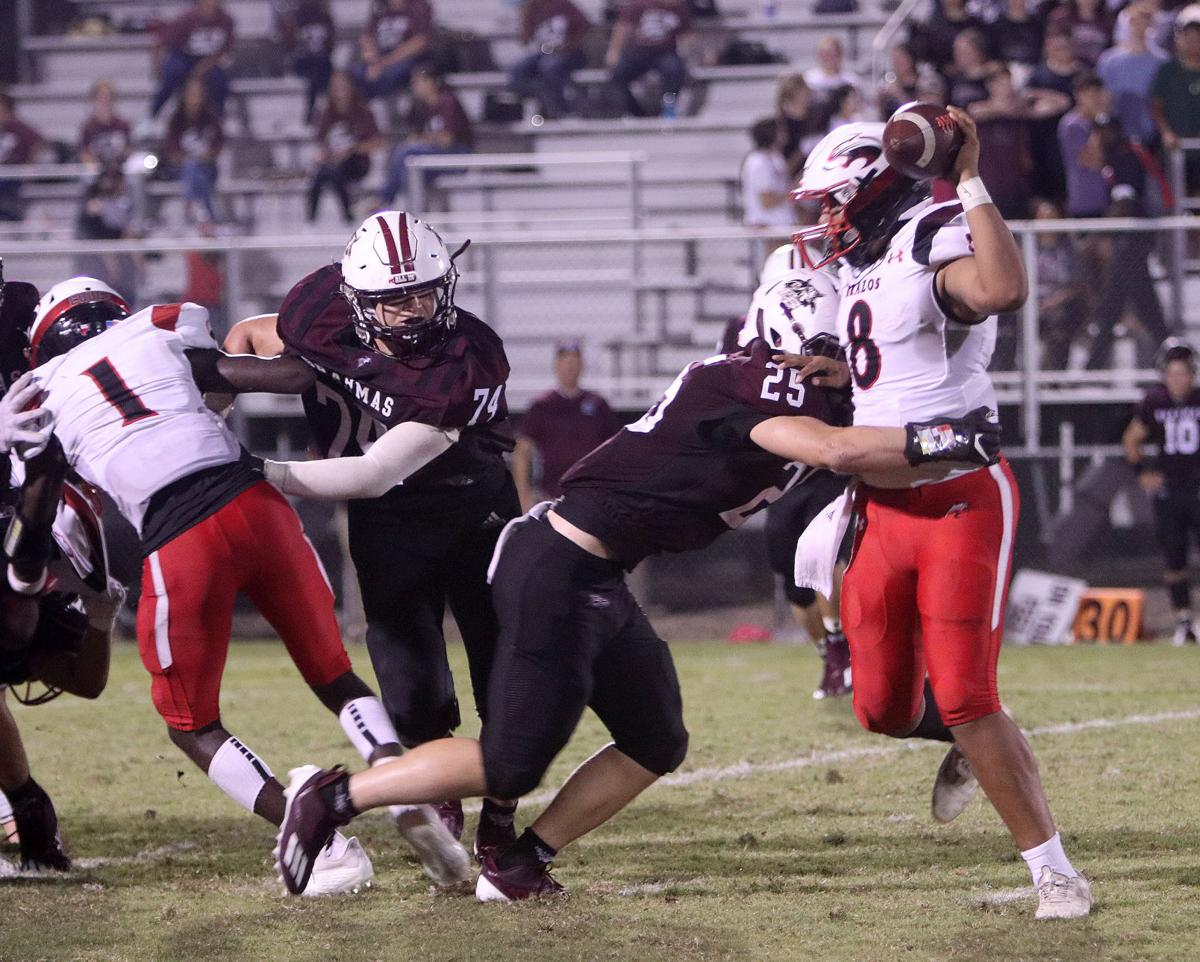 Brahmas' sophomore defensive back Dustin Losack Jr., No. 25, sacks Cougars' sophomore quarterback Javien Dickerson for a 10-yard loss in the final seconds of the first half of Friday's game in East Bernard.

Friday’s District 14-3A DII contest quickly went off the rails for Brazos, but the East Bernard Brahmas didn’t fully put away the Cougars until the fourth quarter in a 42-6 victory at Memorial Stadium.

Brazos scored its lone touchdown early in the fourth quarter to cut the East Bernard margin to 21-6, but the Brahmas left no doubt in the result with three more touchdowns in the final frame.

The Brahmas scored quickly despite not getting the opening kickoff on Friday, Brazos fumbled the ball on the first play from scrimmage.

Novicke scored on the first play of the second quarter with a three-yard run, and he found Reid Morton for a 28-yard touchdown for the only score in the third quarter.

A minute after Brazos’ only touchdown, the Brahmas’ Joseph Cooper broke out for a 42-yard touchdown.

Novicke rounded out the Brahmas’ touchdowns with 27- and 21-yard touchdown passes to Magness in the fourth quarter. Christian Ruiz covered all six extra points for East Bernard.

The Cougars struggled with turnovers, two interceptions and a fumble, and the inability to convert on third downs (2-of-12).

Brazos’ top performer was running back Elijah Johnson, who had 82 yards rushing and touchdown on 18 carries. He also caught two passes for 15 yards.

Johnson had 78 return yards on five attempts, while Trey Gatson had 41 yards on two attempts.

Quarterback JaVien Dickerson was 6-of-16 passing for 32 yards.

Novicke was 7-of-15 for 117 yards and four touchdowns. Cooper led East Bernard in rushing with 66 yards on six carries, while Braydon Lemos added 50 yards on seven attempts.

Bryan Olvera and Blake Jedlicka each intercepted a pass for the Brahmas, and Reid Morton recovered a fumble.

East Bernard will stay a home against Danbury, and Brazos will host Tidehaven next week.