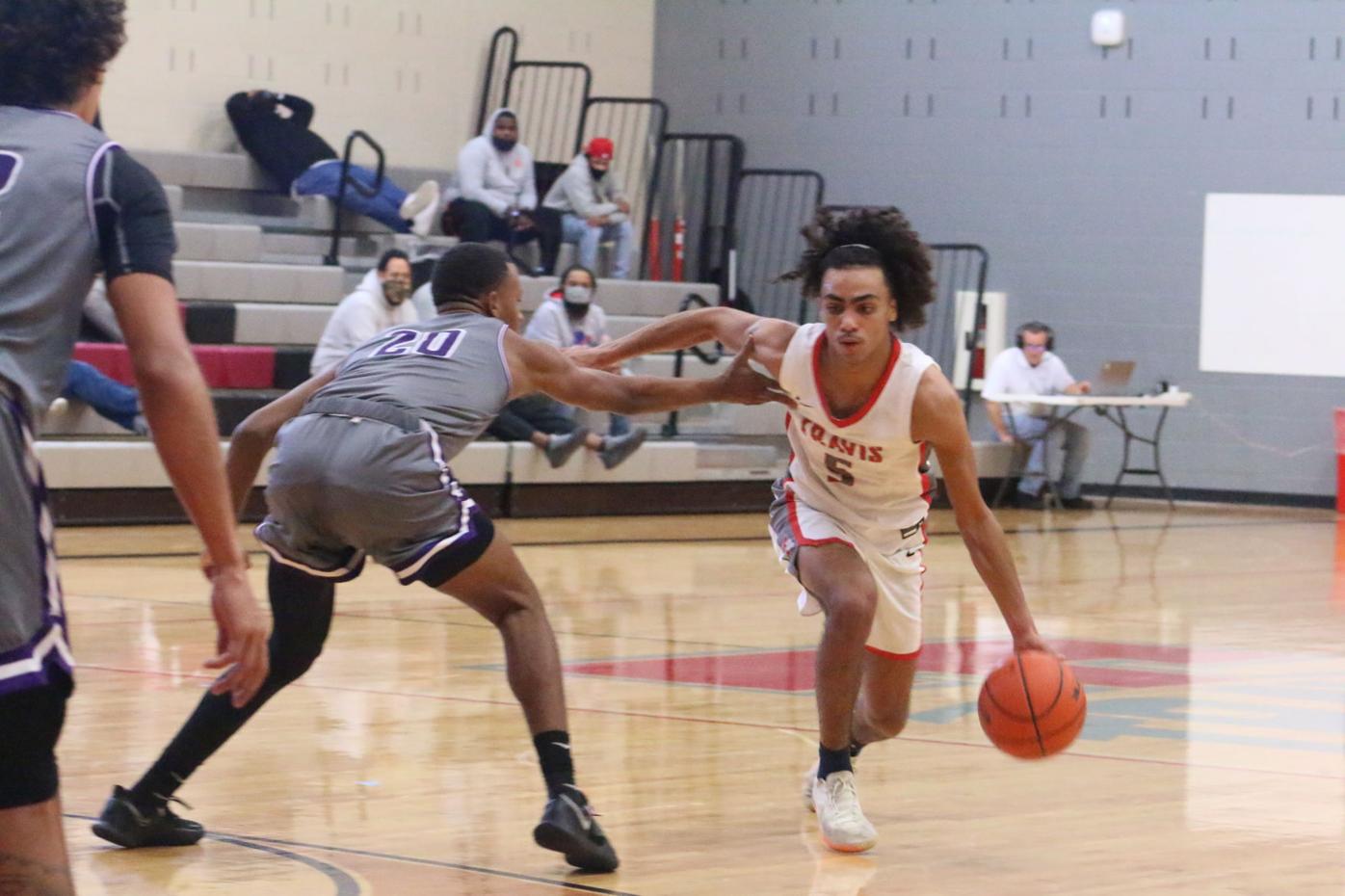 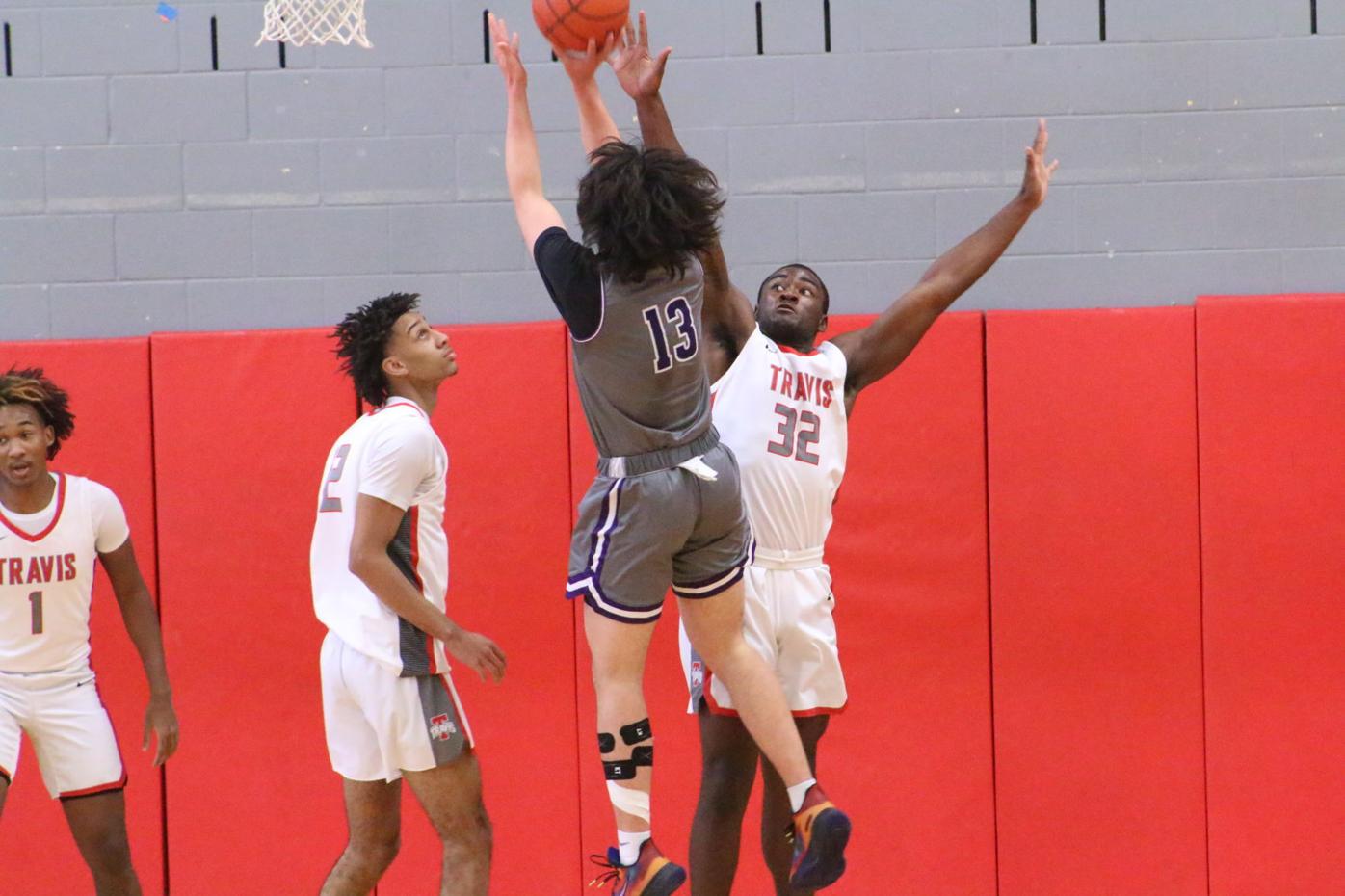 Travis senior forward Joe Cadette goes up to defend a shot from a Ridge Point player in Saturday’s game.

Travis senior forward Joe Cadette goes up to defend a shot from a Ridge Point player in Saturday’s game.

The Travis boys’ basketball team went through a gauntlet of tough teams and came out of it with a 2-1 record and tied for first place in District 20-6A.

The Tigers got a big win over George Ranch on Monday, then fell just one point short of getting a huge win over No. 9 Elkins on Tuesday. But Travis finished its tough week with big win over Ridge Point, 67-59, on Saturday at Tiger Gym to stay tied for first place in District 20-6A.

“Getting out of this week 2-1 – and coming this close to 3-0 – is tough, but I’ll take it,” Travis head coach Craig Brownson said. “It was a good game. We competed and made plays down the stretch.”

Ridge Point, who has the lone win over Elkins so far this season, is a defensive-minded team who is strong in the paint and has plenty of shooters. That combination helped the Panthers to take an early lead, as senior guard Luis Rodriguez was able to get a few midrange jumpers to go down while senior guard Caleb Hill got a three-point play in the first quarter.

Travis stayed close thanks to a couple of three-pointers by senior guard Mekhi McIntyre to trail by a point at the end of the quarter. Both teams traded baskets in the second quarter, as Rodriguez hit a three, while senior guard Cameron Oliver got hot with eight points in the period as Ridge Point kept its narrow one-point lead at halftime, 29-28.

“Zach did a good job. He had to be quarantined for a while, so he’s getting back in the swing of things,” Brownson said.

Travis made its move in the third quarter, as the Tigers took advantage of Ridge Point’s early foul troubles. Oliver connected on another three-pointer to put Travis ahead, and junior guard Zach Martinez came off the bench to hit a big trey to help the Tigers maintain its narrow lead, 45-44, going into the fourth.

McIntyre added 15 points for the Tigers and Martinez got 10 points off the bench. Rodriguez led the Panthers with 20 points and Hill had 15.

The Tigers begin the second round of district play on Wednesday when they will play at Fort Bend Austin at 7 p.m.

Eddie Jones: 'If I didn't get anxious, I'd give away coaching'

Kyrie Irving says Kobe Bryant should be the NBA logo

Deputy describes scene of Tiger Woods crash: He was in shock