Starting at
$1.00 for 1 day
Get Started
View all rates
You are the owner of this article.
Edit Article Add New Article
You have permission to edit this article.
Edit
Home
News
Opinion
Education
Sports
Business
Special Publications
Weather
Archives
e-Edition
Classifieds
Search
Pay My Bill
1 of 4 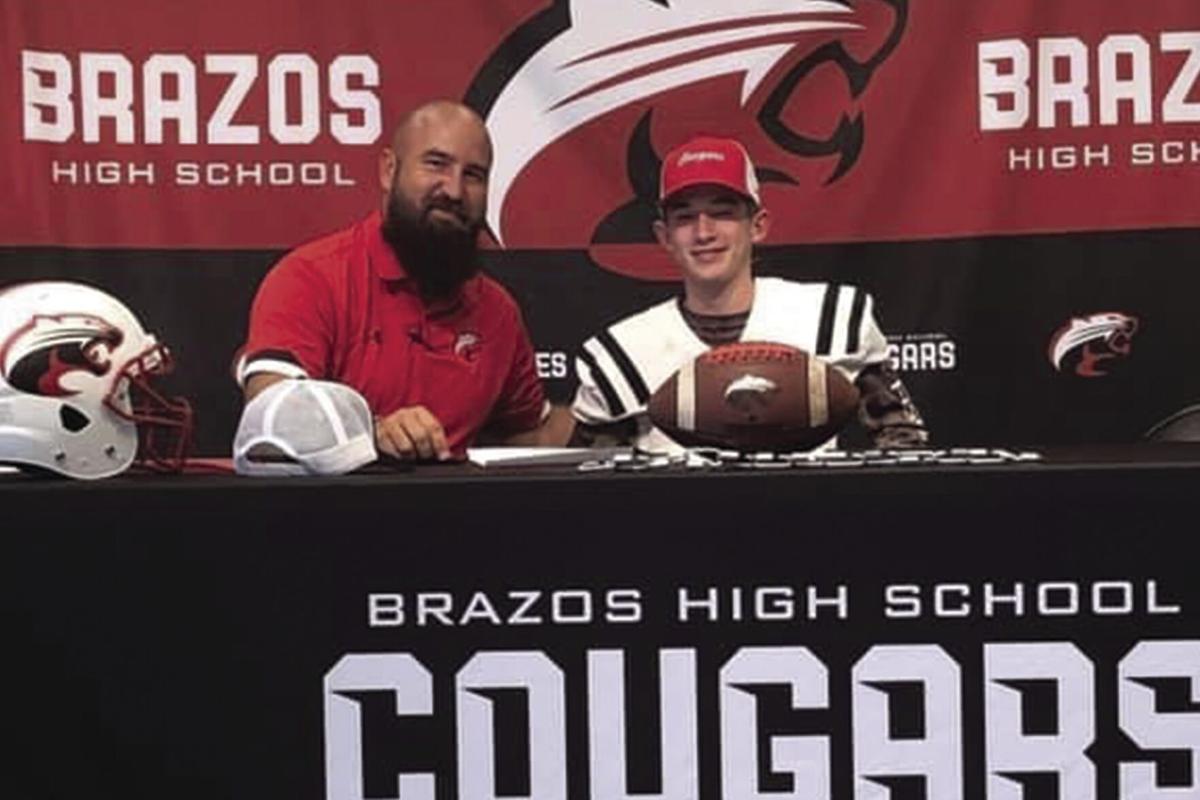 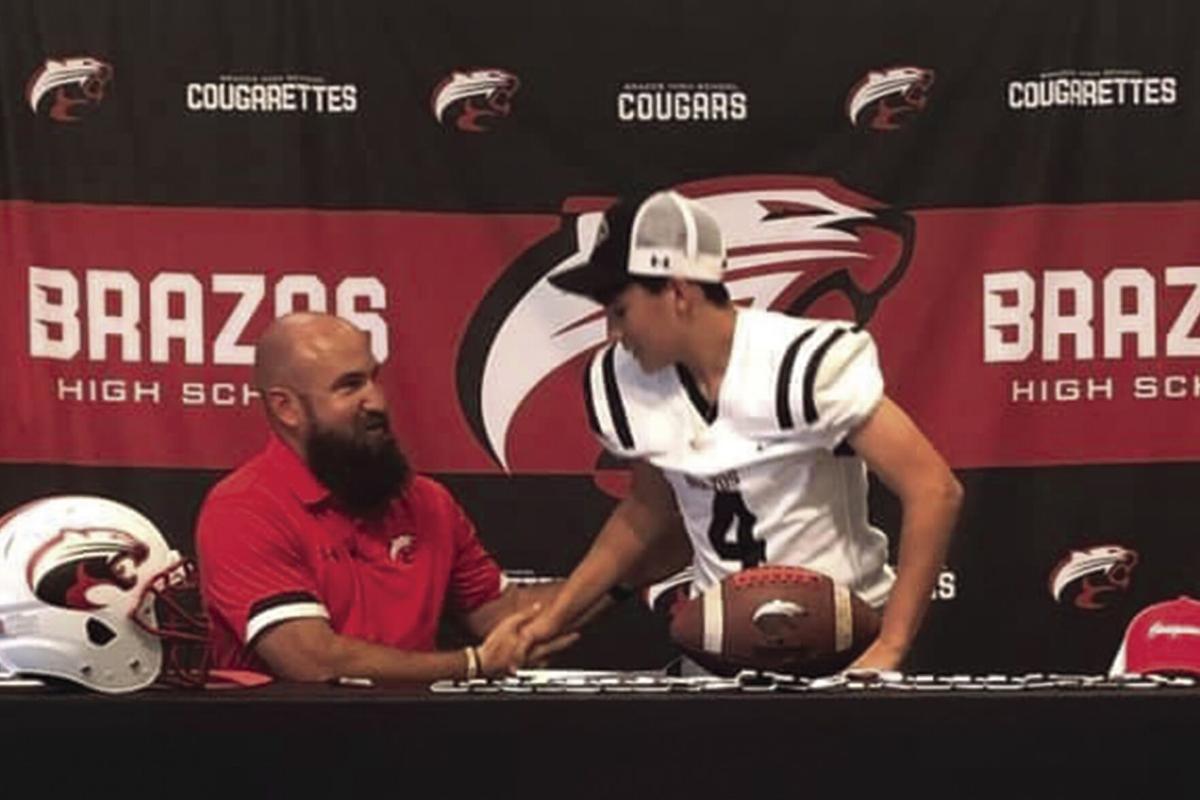 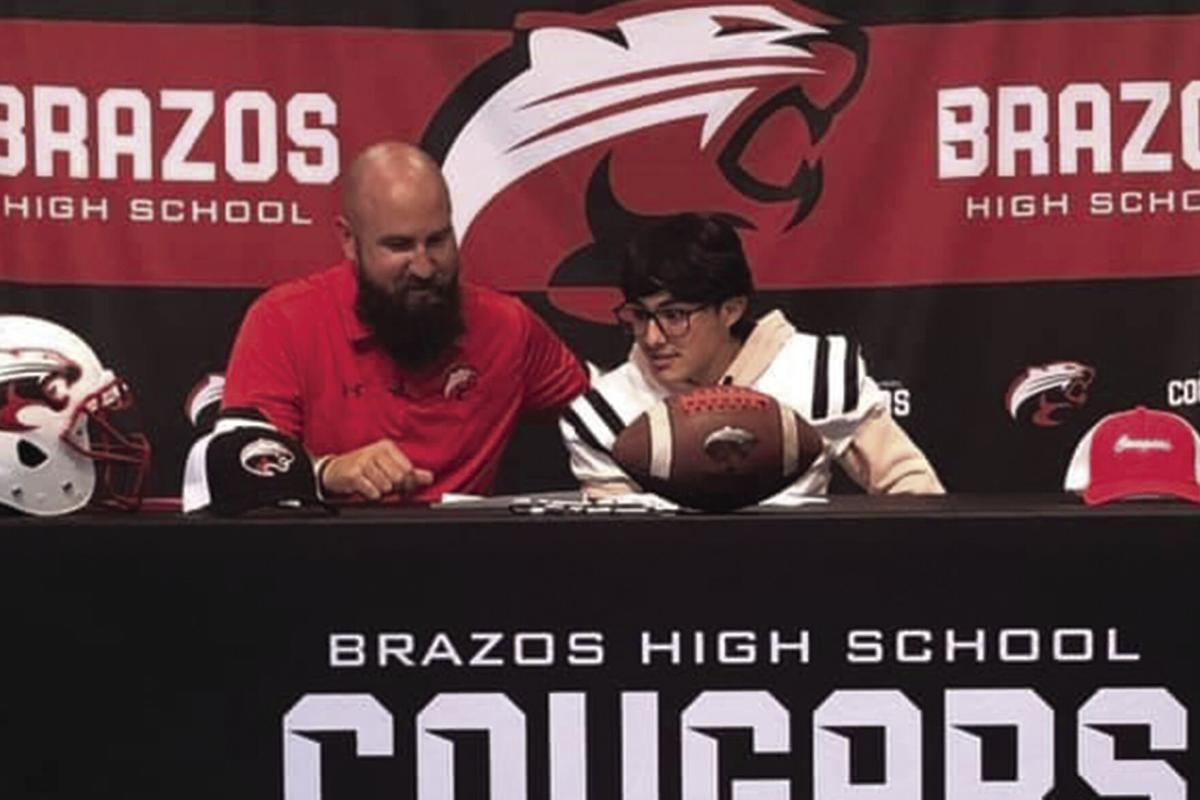 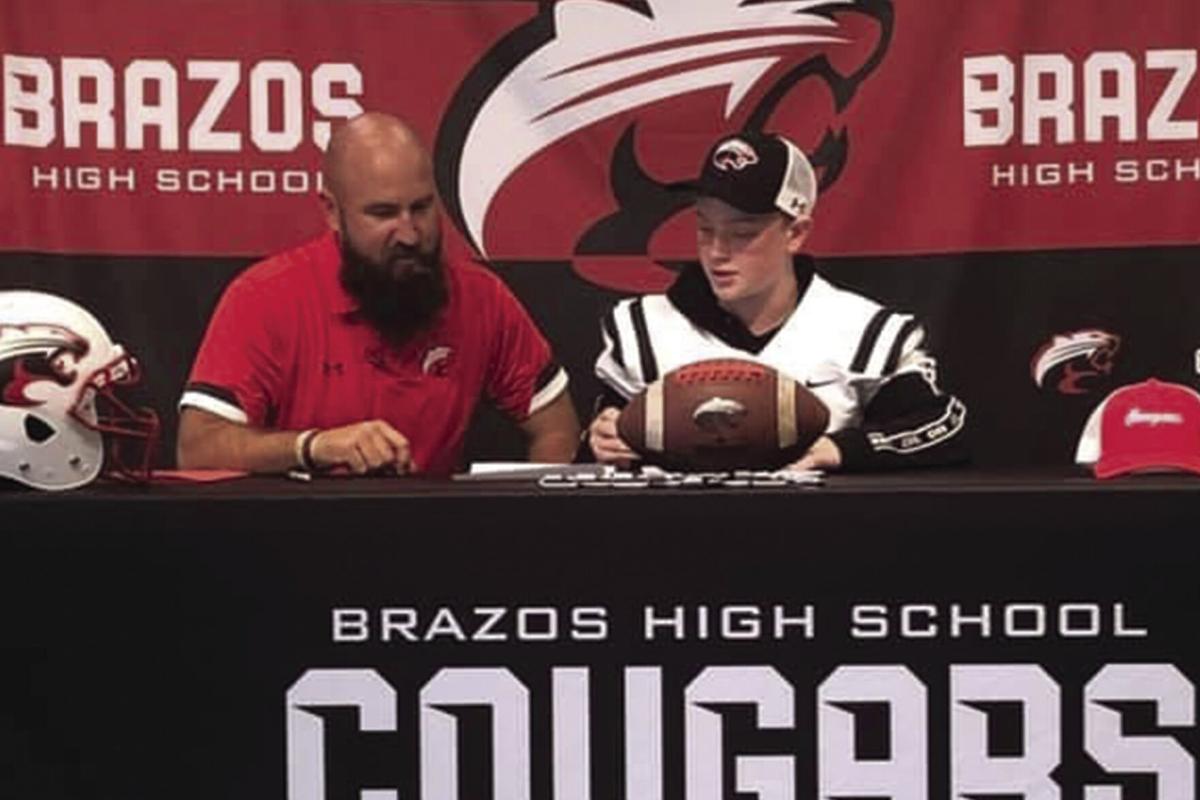 A signing day normally indicates an athlete is taking their next step at the collegiate level.

Cougars head football coach Ryan Roecker and assistant coach Dustin Nilius spoke to the team before the incoming freshmen put on a Brazos football jersey and hat to sign a commitment to the Cougars’ program.

The eighth-graders are taking their next step in athletics and Roecker is continuing to build the culture for th Cougars.

“We were trying to find an event that would teach our kids about commitment by signing their name and keeping their word,” Roecker said.

“Some of these kids may have never seen a signing day or understand what a Letter of Intent means.

“But what you’re signing is a commitment that no matter what comes up, you’ll still bring your best to the table.”

The commitment to the Cougars was also represented in a chain that was placed on the table for “signing day.”

Each link had a break in it but the pieces were put together to make a chain.

Each signee was given a link to represent their commitment to Brazos.

“We each gave them a link of a chain,” Roecker said. “We talked about not being the weakest link and being stronger together.”

Roecker paraphrased Ecclesiastes 4:9-12 to drive the point home: “A cord of three strands is not quickly broken.”

“They can carry that piece of chain around in their pocket as a physical reminder of their commitment,” Roecker added.

These small gestures could be seen as unimportant with the eighth graders guaranteed to move up to Brazos High School in comparison to a college signing that requires a program to offer a scholarship, but the moves are more about building a culture at Brazos.

Roecker is entering third season with the Cougars after a late start in 2019 and a 2020 season that was altered by COVID-19, the Brazos coaching staff is taking their next steps with the middle school.

“We had planned to do it last year but COVID shut everything down,” Roecker said. “This is the first year of a new tradition.

“We had our seventh and eighth graders in there and we also brought in our pre-athletic sixth-grade kids in to show them in a year the seventh graders will be doing this; and two years from now we’ll be doing it again with the current sixth graders.”

The same commitment that Reocker is expecting out of his newest Cougars, he is hoping to show from the top down.

“We’re invested in Brazos, and we’re not going anywhere,” Roecker said. “Our culture has to trickle down all the way to the elementary.

“The way we want things to go is to have these kids want to be Cougars.”

“A senior in high school is just as important as a seventh grader.

“We are all one family. We’re all Brazos.”