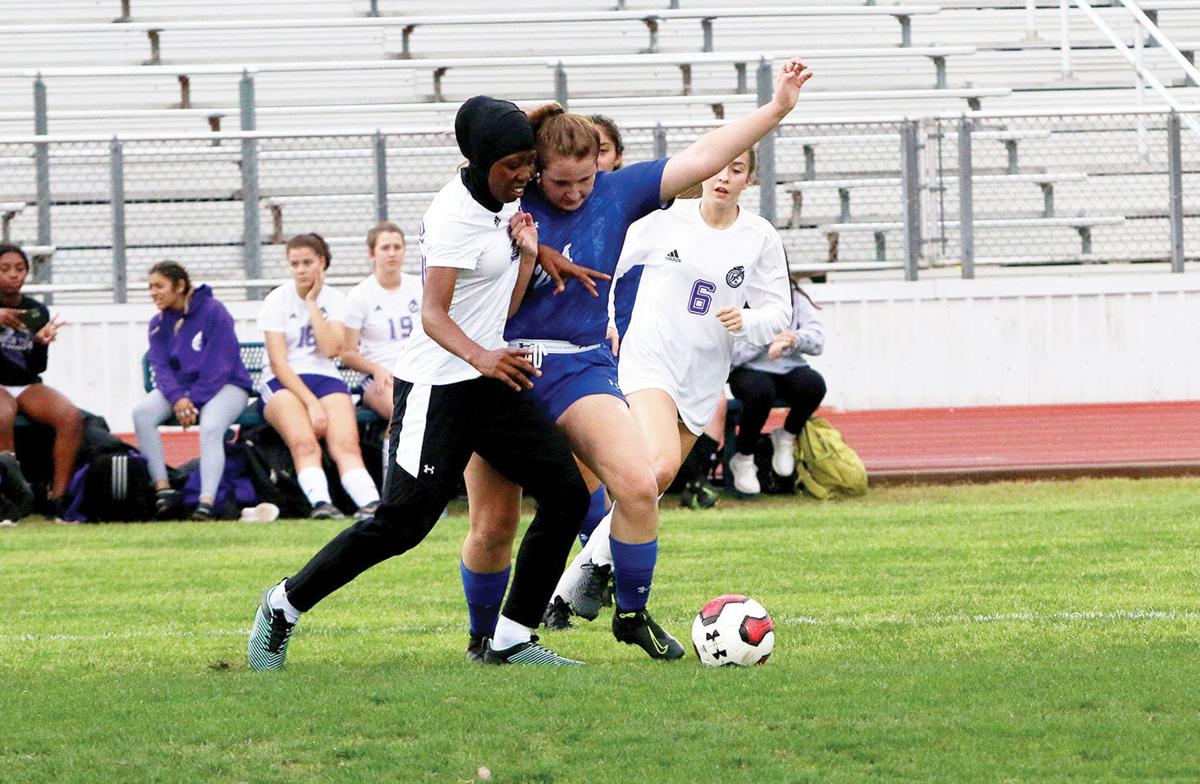 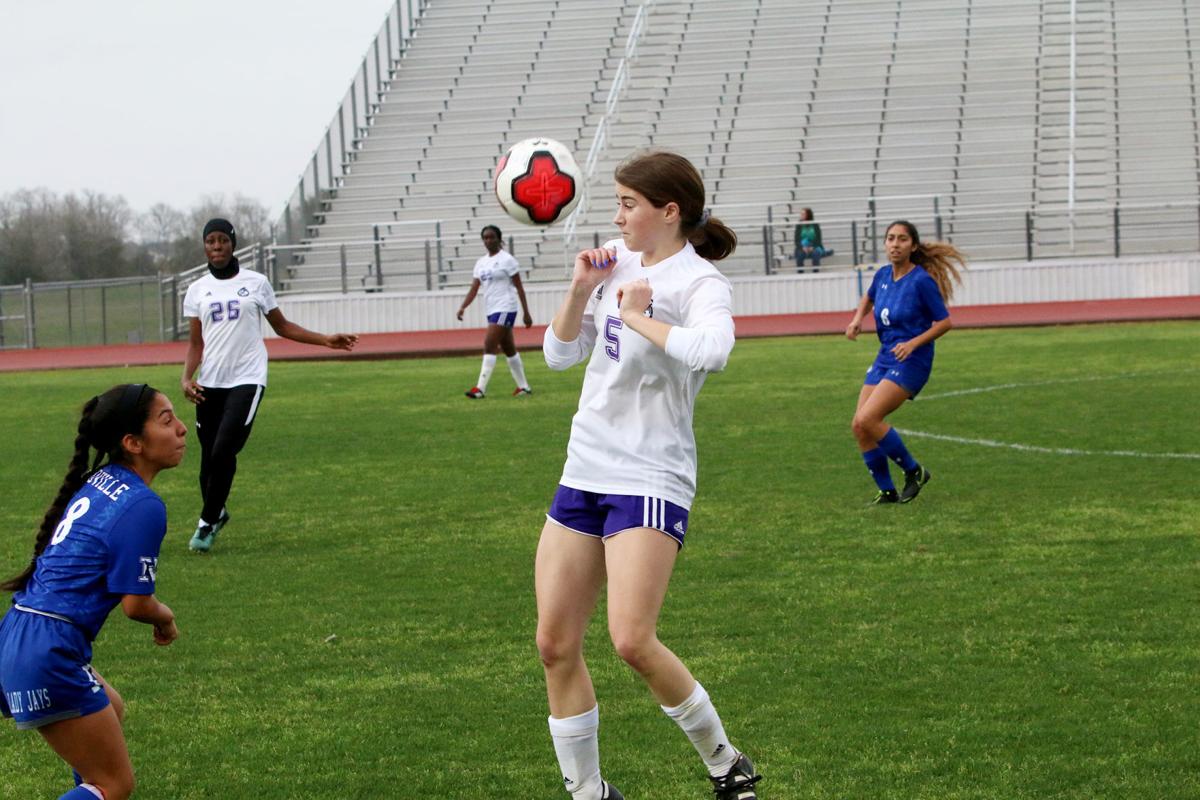 Fulshear junior Kate Letson attempts to head the ball towards the Needville goal. 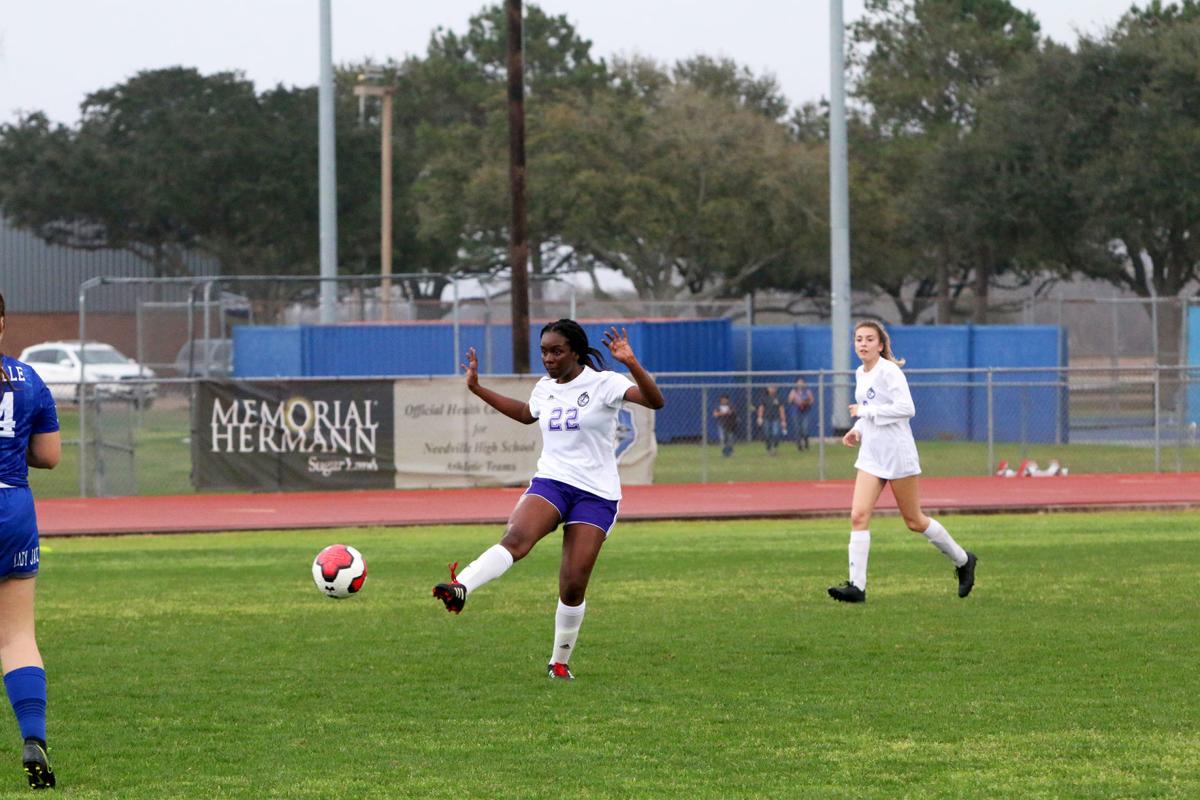 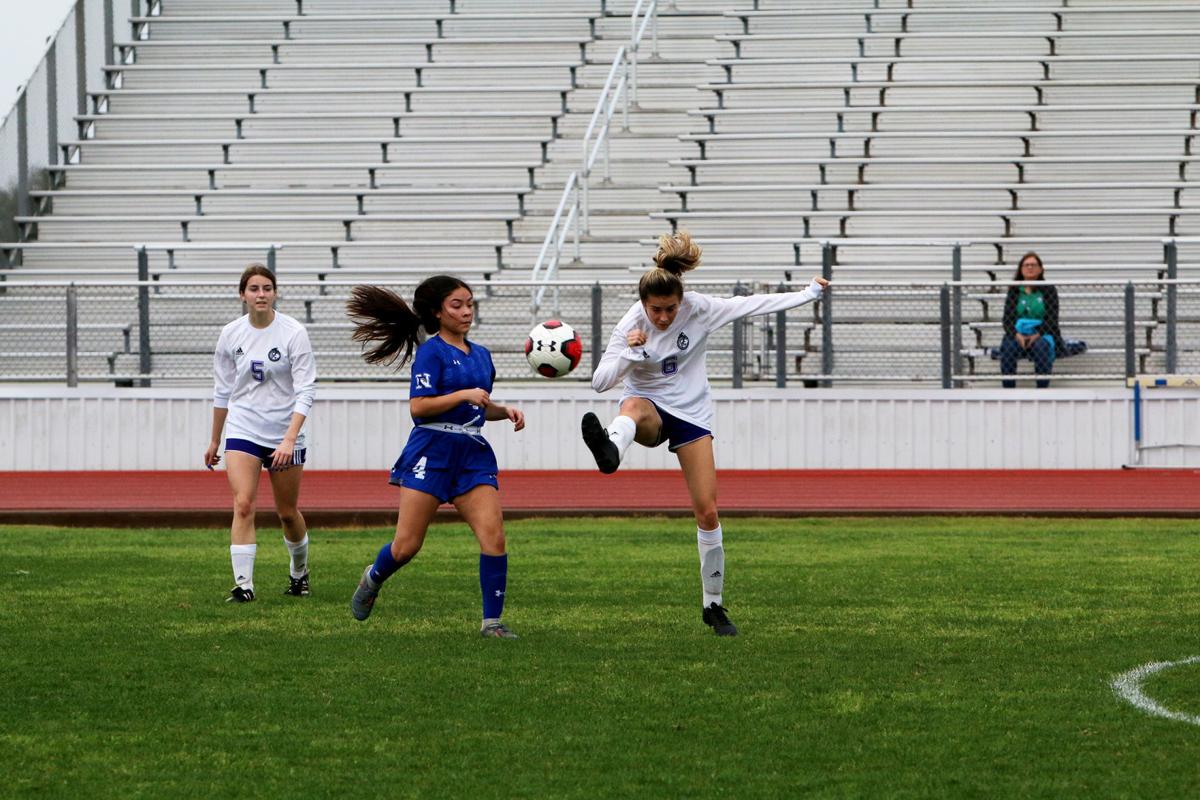 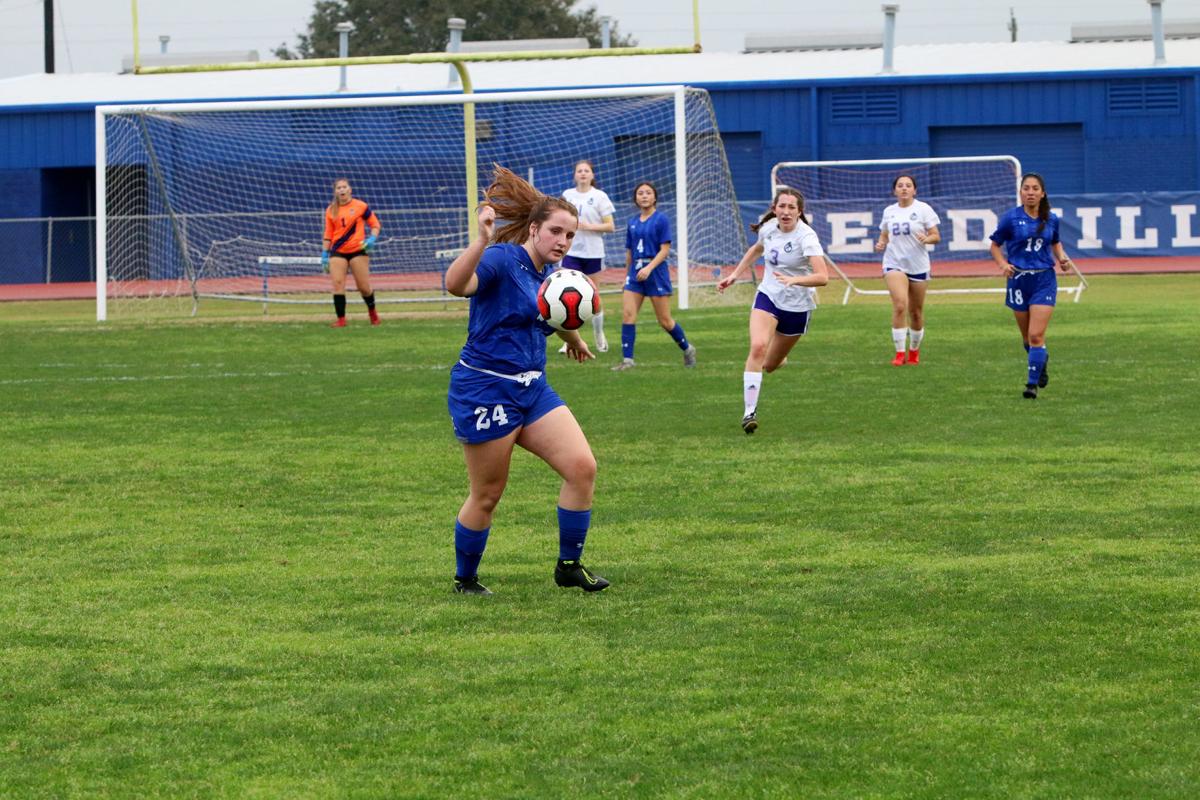 Fulshear junior Kate Letson attempts to head the ball towards the Needville goal.

NEEDVILLE — Monday’s District 25-4A contest was a tale of two halves but in the end told the same story: Fulshear is in charge of the district — again.

The Chargers secured a 4-2 victory over Needville at Blue Jay Stadium to improve to 4-0 in district and 14-4-1 overall.

“This is still the game for district,” Fulshear head coach Mark Kluppel said. “We were missing some of our key players tonight.

“I thought we did well to come out early and settle down to take a lead into halftime.

“They put pressure on us. It was good for us and a learning experience going forward.”

The first half saw Fulshear jump out to a 3-0 lead and Needville get some hope for the rematch in Fulshear later this season.

A new addition to the Chargers lineup, junior move-in Bushra Emiola, hit the ground running against the Lady Jays, generating scoring opportunities and keeping possession in the offensive end.

Emiola scored the first goal in the 24th minute of the first half.

She added a second goal to take the lead 3-0 for Fulshear 10 minutes later.

Fulshear led 4-0 with 30 minutes left in the contest behind goals from sophomore Mikki Lopez and junior Kate Letson.

Needville finally came to life despite junior defender Jaqueline Argueta exiting the game with an injury.

The Lady Jays were able to put together a great run set up by sophomore Arianna Hurley, freshman Ariana Franco and senior Chayla Ambriz.

The trio got the goalie off her line and finished off a goal in the 22nd minute.

Another strike came in the 13th minute for Needville.

Franco and Ambriz were credited with the goals.

Ambriz nearly made it even more interesting with a shot off the post in the ninth minute but Fulshear was able to hold the line and secure the win.

“I’m happy what we did in the second half and we can build off that.”

Needville (11-3-1, 3-1) will host Stafford on Friday while Fulshear will host Sealy on the same day.