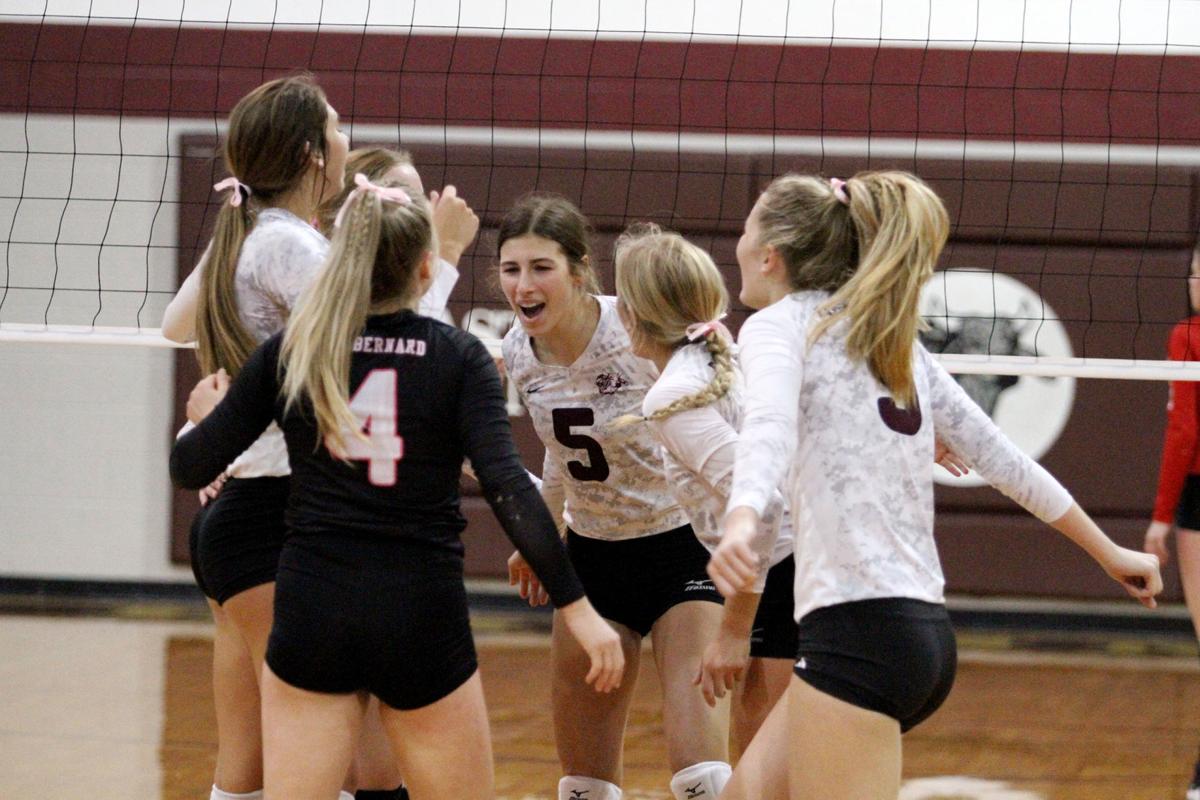 The East Bernard volleyball team celebrates a point against Brazos. 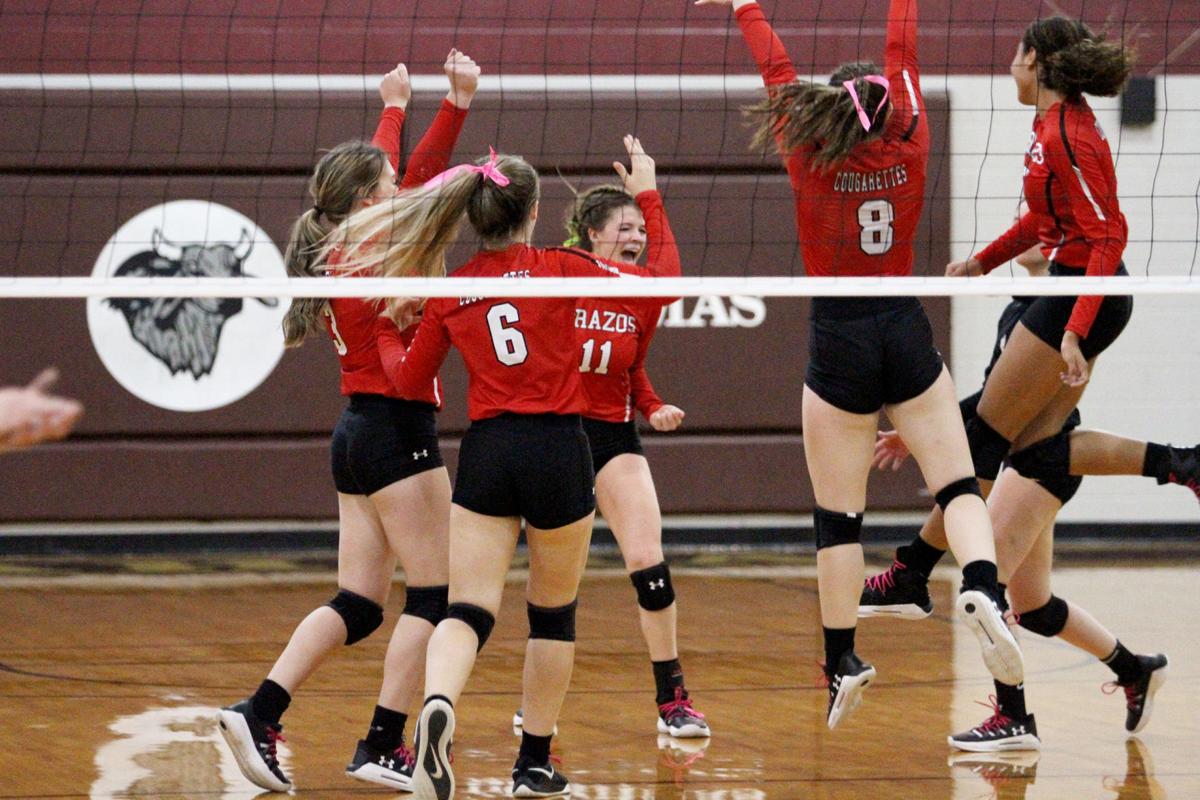 The Brazos volleyball team celebrates a set win over East Bernard on Friday.

The East Bernard volleyball team celebrates a point against Brazos.

The Brazos volleyball team celebrates a set win over East Bernard on Friday.

It’s not often the East Bernard Brahmarettes are tested in District 24-3A, but that’s what happened last Friday night at home. The Brahmarettes needed a fourth set to down their rivals, the Brazos Cougarettes, 25-12, 25-15, 24-26, 25-10.

Despite needing the extra set, East Bernard won their 63rd district game in a row. Since last season, Brazos is the only district team to take the Brahmarettes to a fourth set.

Brazos junior outside hitter Haiven Alvarado-Harris had her own big night, helping lead them to their third set win.

The Brahmarettes cruised through the first two sets, picking up points in large chucks.

Dorotik in the second set had a personal 6-0, with four kills and a tip to put East Bernard in full control.

Leading by two sets, in the third, unforced errors doomed the Brahmarettes. East Bernard trailed 4-0, 14-7, 21-15, during the set. Harris had a handful of kills and an ace in the third.

The Brahmarette offense went on a quick 3-1 run to force a Brazos timeout. East Bernard senior Samantha Rabius landed an ace and Dorotik put down a kill to tighten the score to 22-20. Dorotik added another kill, but two East Bernard unforced errors put Brazos one point away from the win.

Dorotik again came through with a kill, Brazos committed an error and junior middle blocker Bailey Leopold landed a kill of her own to tie the game for the second time in the set.

Despite the comeback, a long kill attempt by East Bernard and a tip from Harris gave them the set.

East Bernard refocused in the fourth set came back hot, with good defense and offense they held Brazos to 10 points, the lowest score on the night.

Alvarado-Harris led the Cougarettes with 10 kills, 3 aces, 20 digs and tied for the team in serve receptions with junior Jemma Zahradnik (21). Seniors Laura Burrett and Meagan Demny combined for 29 assists.

East Bernard leads the district with a 9-0 record. Brazos trails East Bernard by two games with a 7-2 record. Boling is in third with a 5-3 record. Danbury is currently fourth with a 4-3 record.