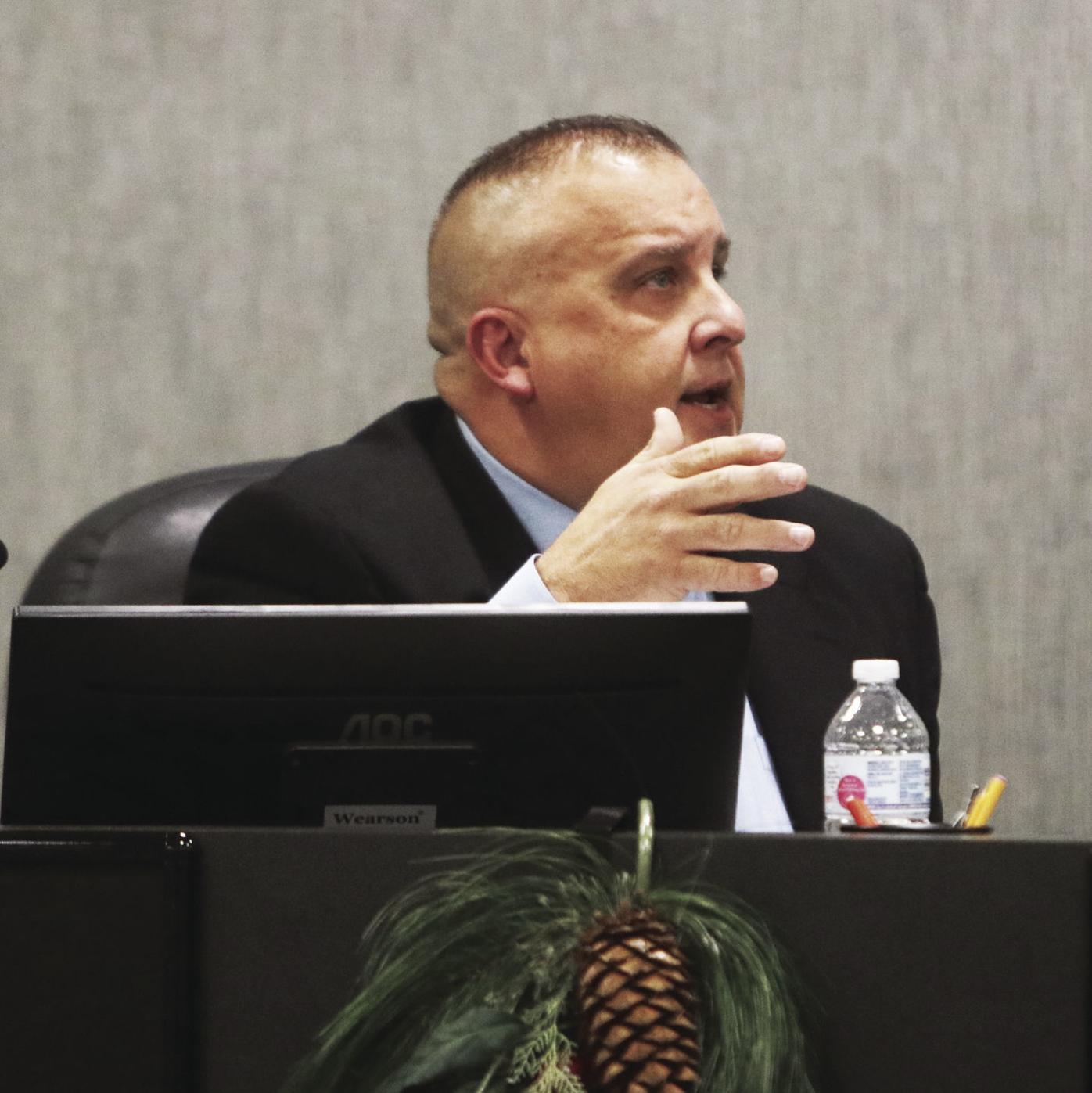 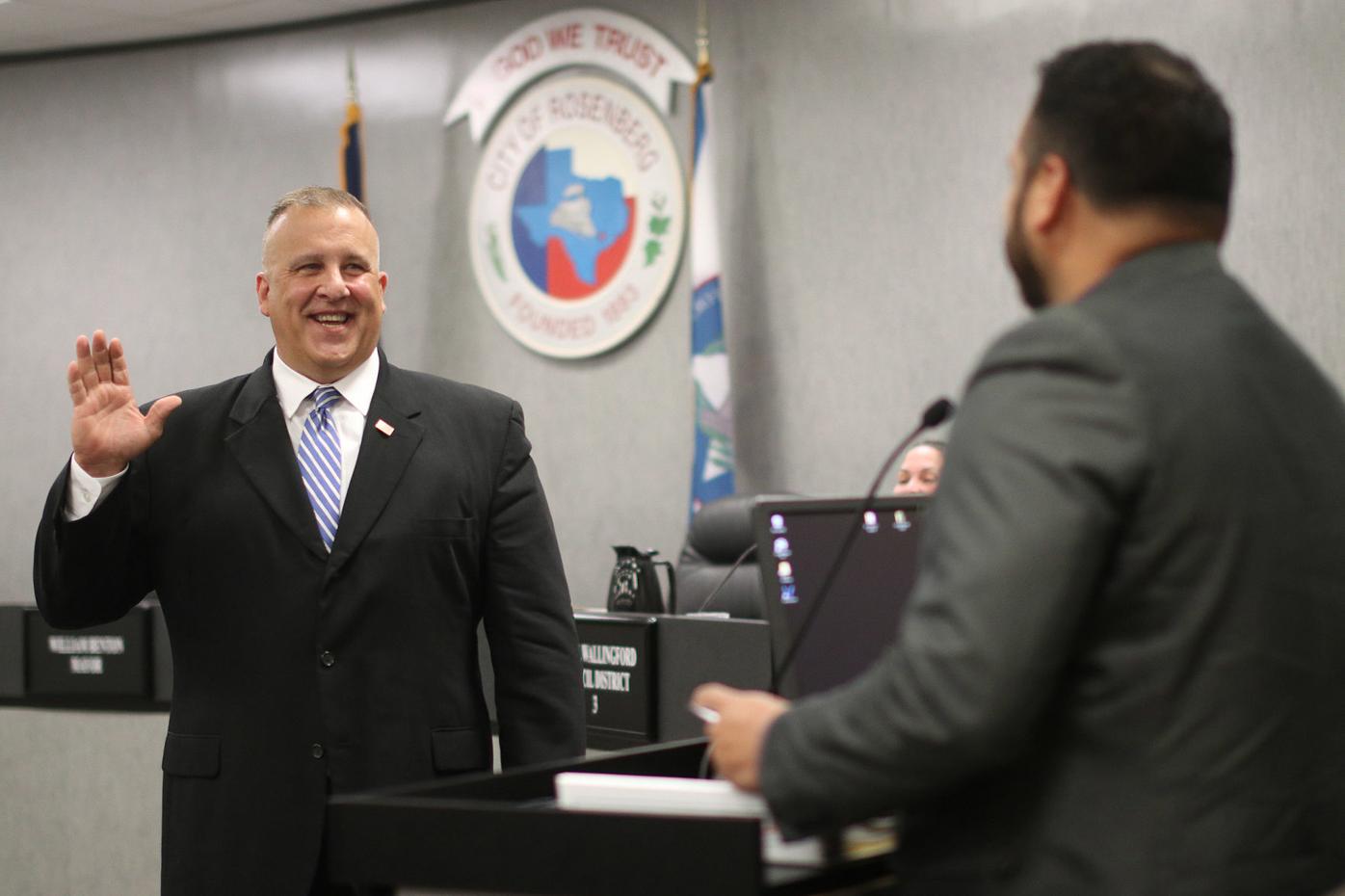 FILE PHOTO | Kevin Raines, a former Rosenberg police detective, takes the oath of office prior to the June 18, 2019 night’s city council meeting. His son-in-law, Joseph Becerra, conducting the swearing-in ceremony. Raines is the new representative of At-Large Position 2 on the council.

Rosenberg City Council member Kevin Raines has had his fun in his At-Large position.

But he’s ready for something more.

This week, Raines filed for the mayoral position in the May 1 election.

Raines is the only person to have filed for the Rosenberg election thus far.

District 1, District 4 and District 5 seats, as well as one at-large position, are up for election in the city of Fulshear.

In Needville, voters will elect a mayor and two aldermen.

The two alderman positions at large are currently represented by Rick Sinclair and Sandra Dorr.

Two council member positions and the mayor’s post are up for election in Beasley, currently filled by Doug Harris and Carolyn Sabrsula and Mayor Kenneth Reid.

Pleak voters will elect two aldermen and a mayor.