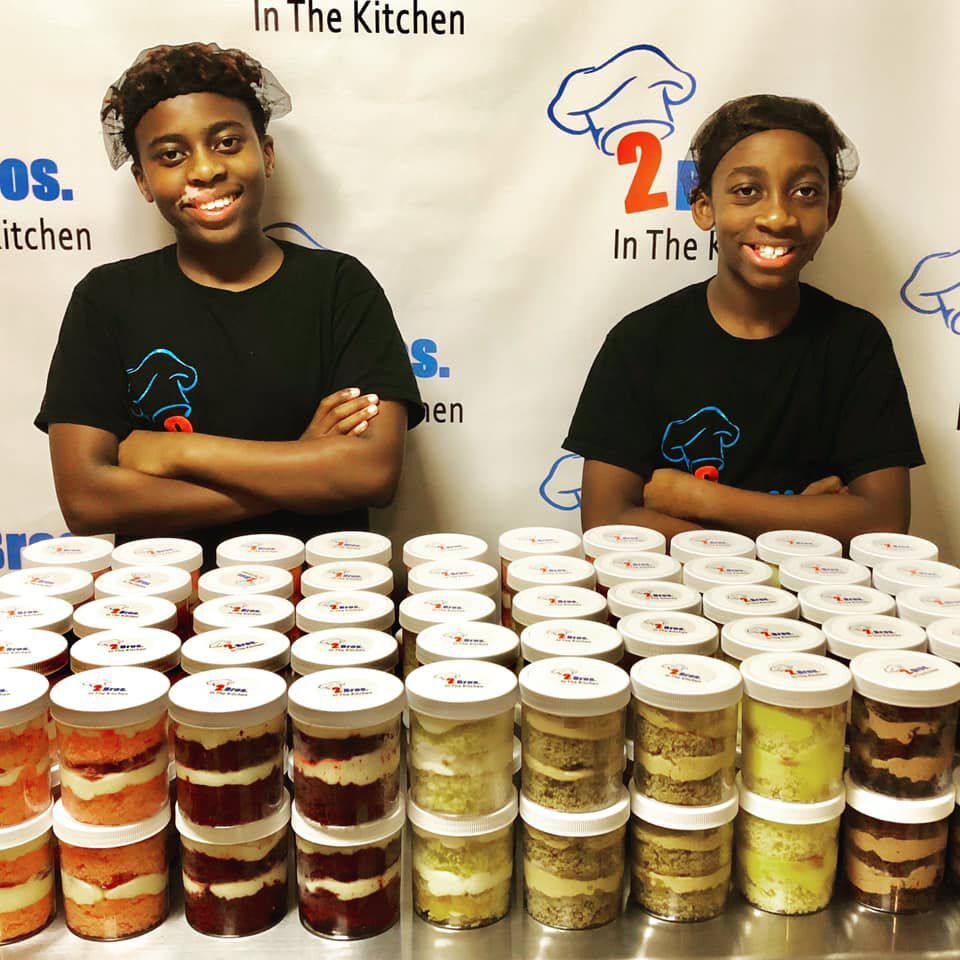 In the Kitchen owners, brothers Nigel and Shane Mushambi.

In the Kitchen owners, brothers Nigel and Shane Mushambi.

The Herald recently ran an article about a local nine-year-old entrepreneur who offers a percentage of her profits to an organization that supports brain cancer research, and if you’re like me, and you need a break from all the Capitol and COVID conversations, sparing a few minutes to read about Sabrina Roesler could serve as an enlivening distraction.

Sabrina, who lives in Fort Bend with her mother and grandmother, earned recognition, praise, and a bit of publicity in local print and online media for being named the Lemonade Day Houston Youth Entrepreneur of the Year for 2020.

She earned the title in October, but last week, she was awarded a certificate of recognition by the mayor of Sugar Land for her efforts.

When I interviewed Sabrina, she expressed her eagerness to learn to ride the bike she was awarded by Lemonade Day Houston; discussed the lessons she learned as the owner of Fresh ’n Juicy; and brainstormed ways she could help peers reach their own goals.

I was awestruck by the intensity of Sabrina’s positivity, particularly when she spoke of why a percentage of her profits go to the Dr. Marnie Rose Foundation, which funds brain cancer research.

Sabrina’s enthusiasm is the kind that would be in high demand if it were possible to bottle up a child’s energy.

When it seems like we are so divided that we could choke on the tension and rage running rampant right now, coming across stories like Sabrina’s or the Mushambi brothers feels like that first inhale of fresh air after holding your breath for too long underwater.

Shane and Nigel, who are only a year apart, are another set of youthful entrepreneurs who launched their bakery business, 2 Bros. In The Kitchen in 2018 after winning church baking competitions for three consecutive years.

The more I learned about the Mushambi brothers, the more impressed I became.

Not only are they entrepreneurs and whizzes at math and science, the brothers also donated meals to the homeless, made masks during the pandemic, held a toy drive for local families, raised funds for a hospital in Zimbabwe, and gave cake-in-jars to community leaders.

And a note about those cake-in-jars: they are a featured part of the brother’s Pay-It-Forward Program, in which customers can purchase an extra cake in a jar that is given away randomly.

Plus, a portion of the proceeds from that cake-in-a-jar benefits a charity.

Shane and Nigel have also co-authored a coloring and activity book, “Dear Legacy,” and the book “Beyond the Kitchen: How to Cook up Success with Life’s Mistakes,” available on Amazon.com.

For every “Beyond the Kitchen” book sold, the brothers will donate $1 to the JB Dondolo Foundation.

The reason the brothers caught my attention recently, though, is because of their newest project, “Sweet Compassion.”

Through this project, Shane and Nigel bake cookies to give to local teachers, who the brothers said, are risking their health to honor their roles as educators during the pandemic.

The duo is also encouraging the community to nominate or sponsor teachers by visiting their website at https://2brositk.com. You can also follow the brothers on Facebook (@2brositk).

I used to agree until I became grown.

Adults aren’t outdated; we just become jaded after enduring round after round of reality.

And children, I discovered, aren’t only to be reared. Sometimes, and more often than you may think, they remind adults that all is not lost.

With their unique imaginations, innocence, and enthusiasm, children can effortlessly become the sweetest surge of optimism.

Letters to the Editor

Nehls, Cruz played a role in the insurrection

A woman died in Washington, DC, during the armed riot and terrorist attack perpetrated by Do… Read more

Sen. Kolkhorst, I am reading your mailer that was recently sent to my post office box. Read more

The curse of being white

Whew! Wow! That was close. I almost voted for Troy Nehls. You know, the guy that has served … Read more

LCISD should have allowed salutatorian to give her speech uncensored

This tears to my heart that we as Texans/Americans would allow, slam and degrade our childre… Read more

Say no to 'backdoor' dealing

Here we go again......For the third or fourth time, the citizens of Rosenberg are being aske… Read more

Did The Rosenberg City Council “Find The Beef”???