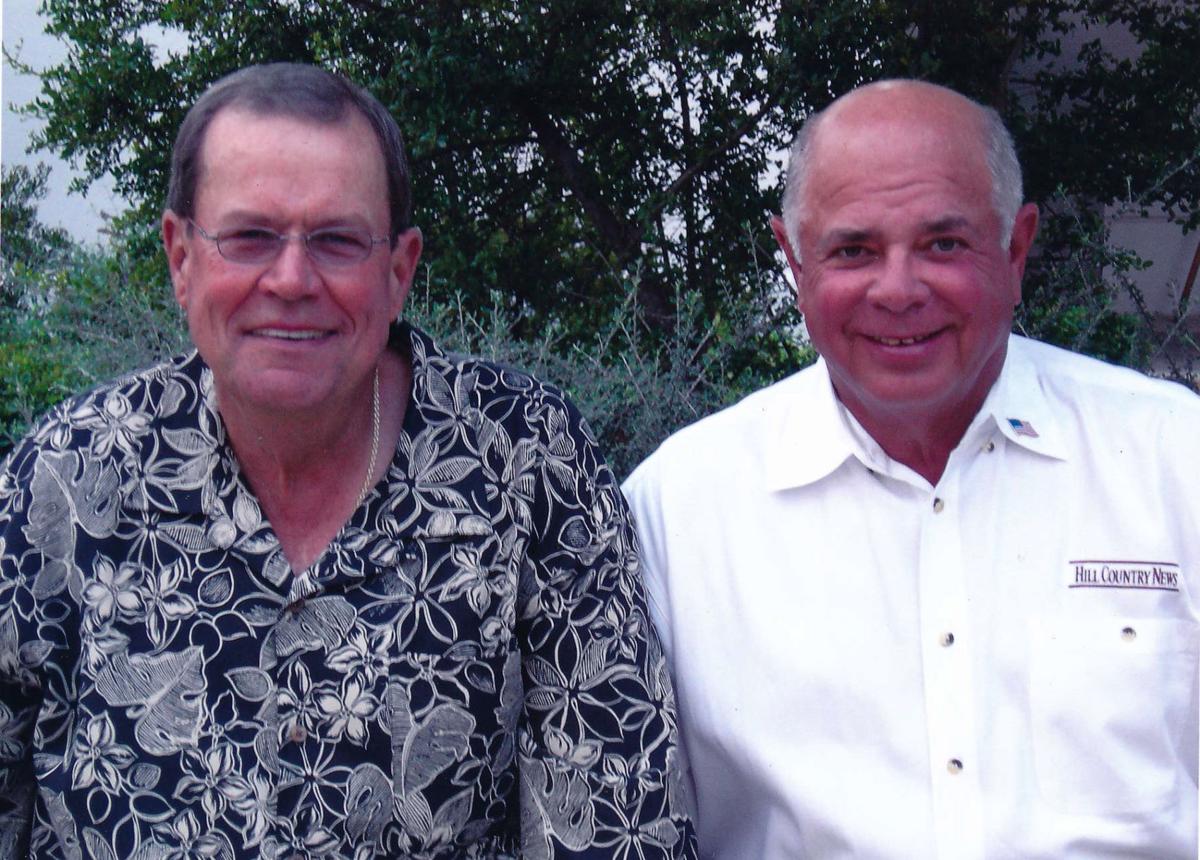 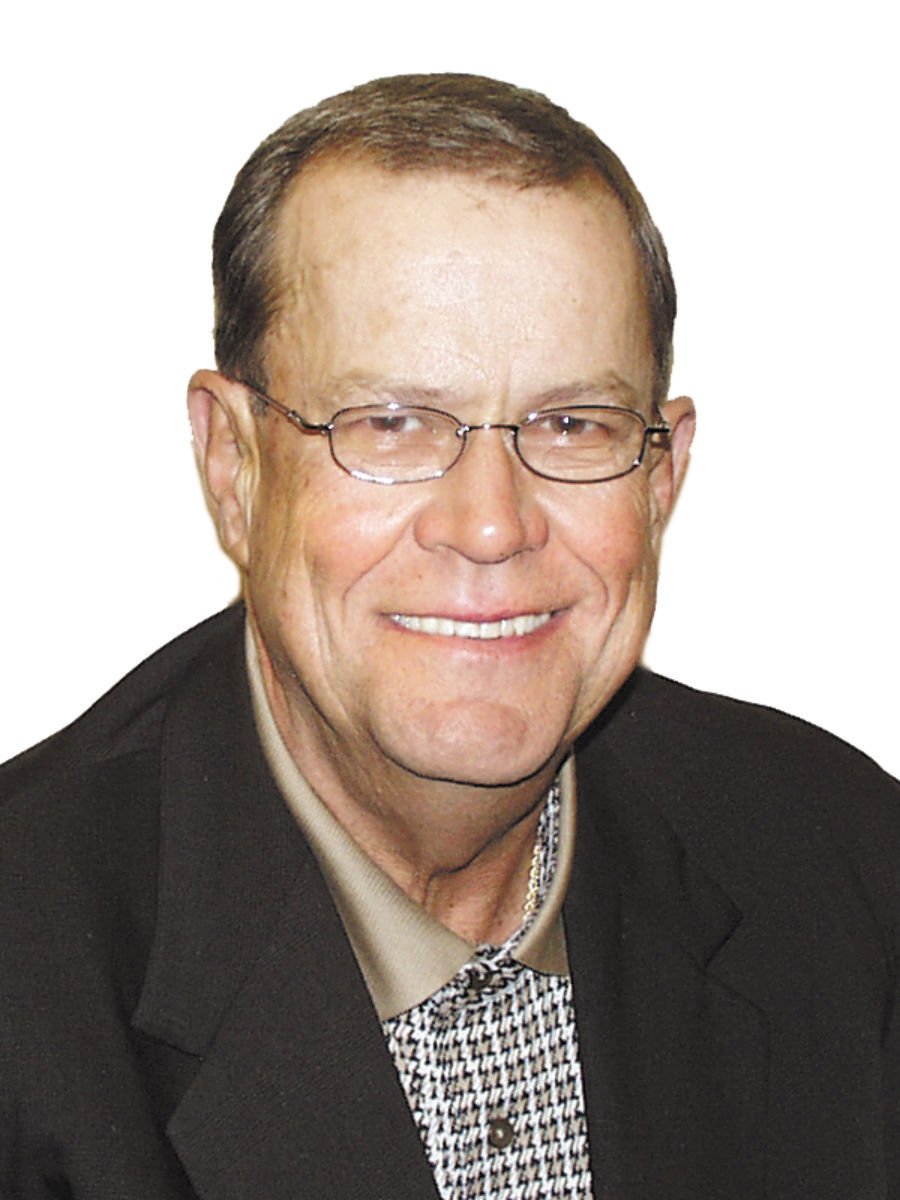 I hope all of you have or had a Jimmy in your life.

A Jimmy fits in the top five of your best friends, and is the guy who’ll do anything for you and never ask why.

Jim Chionsini was my Jimmy. We lost him this week when his big heart quit at age 74. He had hundreds of best friends and once you got to know him, you’d understand.

Always wearing a big Italian smile, Jimmy never met a stranger. Wherever he and wife Macy went, they left a mark on the people they met.

Jim was a native of La Marque, attended Lamar University and proudly served a hitch in the U.S. Navy.

We knew each other before we actually met.

I knew who he was and where he worked in the newspaper business, and vice versa. We officially shook hands and became fast friends in 1972.

A mutual friend in Galveston plucked Jimmy out of the advertising department of the Galveston Daily News and sent him to Madawaska, Maine, to become publisher of that newspaper in the frigid Northeast.

After a couple of seasons of Maine’s freezing winters, he called his boss in Galveston, Les Daughtry, and said, “Boss, I can’t handle this weather and I’d like to come home.”

Les knew I needed a crackerjack classified advertising manager in Beaumont, and he called and said, “I’ve got your guy in Chionsini.”

It took me a while to learn to say and spell Chionsini. I shortened it to Consimi, and he called me Harper.

Jim cleared up things in Maine and moved back to Texas. He called and I set him up for an interview with my associate, Ed Holder, a great judge of character.

The next day Ed told me we had a new classified manager named Chionsini. A year later, I learned the interview took place in a pool hall where they spent the afternoon drinking beer.

It didn’t take long for Jim to show his sales wizardry, setting new records each month in classified sales. He and Holder remained close buddies until Ed’s death in 2005.

After a couple of years, I left the Beaumont paper to begin Hartman Newspapers, Inc. Jim moved to Rosenberg for a year before starting his own successful community newspaper company, Dixie Newspapers.

He built a top-notch company, and since two of his papers were in far West Texas, he and Macy picked San Angelo as their new home base.

All this time Jim’s love of the water never waned. He and Macy would go “boat riding,” up the East Coast from Florida, passing through 30 or so locks and eventually wind up on Lake Michigan.

They met new great pals Zita and John Winn at a marina one night. The Winns invited them to visit Charlevoix, Mich. That was about a dozen years ago when they discovered the quaint hamlet, a place they fell in love with.

They bought a house on Round Lake, just a stone’s throw from Lake Michigan.

Jim had already seen ice and snow in Maine, so living in Michigan is a May through October respite.

They park their beautiful motor yacht, the May Sea, in a huge warehouse for the winter and head back to San Angelo.

Long ago Jim got his license as a sea captain, and Macy is a top first officer.

It’s never easy to lose someone you’ve known 48 years, but this one was more difficult than I imagined.

When I answered the telephone Tuesday night, Macy said, “Bill, this is a call I never wanted to make.”

Though his heart gave out, Macy can take solace that Jimmy leaves behind a large and loving family and a telephone book full of best friends.

Consimi’s legacy will last, and he will be remembered for sharing his humor, love and happiness with so many.

Letters to the Editor

LCISD should have allowed salutatorian to give her speech uncensored

This tears to my heart that we as Texans/Americans would allow, slam and degrade our childre… Read more

Say no to 'backdoor' dealing

Here we go again......For the third or fourth time, the citizens of Rosenberg are being aske… Read more

Did The Rosenberg City Council “Find The Beef”???

Time for open dialogue between LCISD, council on school safety

As many of you know, a few days ago there was an incident at Terry High School in which a ri… Read more

What does party politics have to do with collecting and assessing taxes?

Navarette's opinion is both condescending and insulting