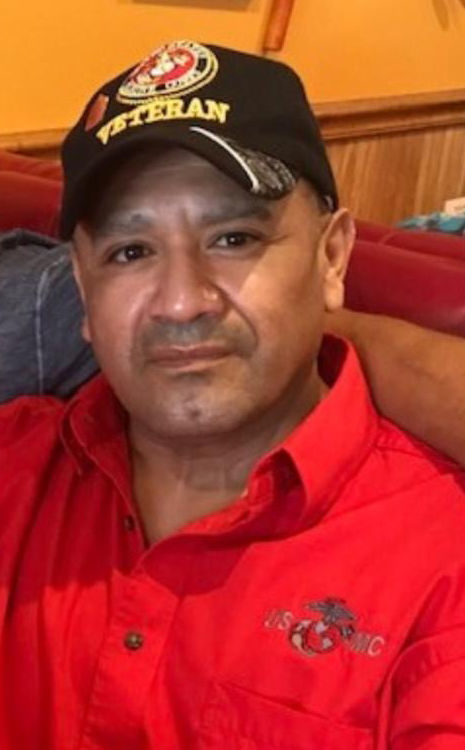 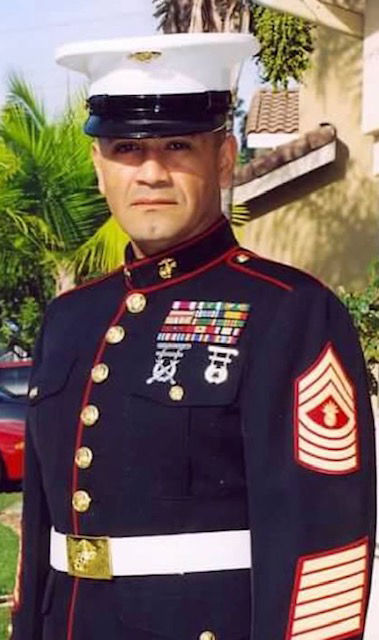 Funeral services for Roberto Ramirez, 55, of Tuttle, Oklahoma will be held at 10:00 a.m. on Saturday, November 16, 2019 in the Ferguson Funeral Home Chapel located in Chickasha, Oklahoma.

Roberto Ramirez was born April 2, 1964 in East Bernard, Texas to Domingo P. Ramirez and Paula (Balderas) Ramirez. He passed away on Tuesday, November 12, 2019 at his home in Tuttle, Oklahoma.

Rob as his family and friends knew him grew up in the small town of Rosenberg/Richmond. After graduating from Lamar Consolidated in 1982, Rob enlisted in the United States Marine Corps on August 20, 1982 and attended Recruit Training at Marine Corps Recruit Depot, San Diego with Platoon 3037. From that moment on, Rob selflessly dedicated himself in service to his country. As he often said “once a Marine, always a Marine.” Over his 30-year career in the Marine Corps, Rob was promoted through multiple ranks, ultimately receiving the designation of Master Gunnery Sergeant in April 2006. Among his most notable experiences were being assigned as the driver to the 3rd Tank Battalion Commander, participating in the British Royal Marine Exchange Program, serving as an instructor at the Army Armor Non-Commissioned Officers Course in Fort Knox, Kentucky, and holding various billets from Tank Commander to Platoon Sergeant to Inspector and Instructor Staff, 4th Tank Battalion S-3 Chief to M1A1 Tank Advocate and Occupational Field Sponsor while at the Pentagon, Washington DC. In January 2003, while serving as Master Sergeant, Rob deployed with Charlie Company 1st Tank Battalion in support of Operation Iraqi Freedom, returning July 2003. In April 2004, Master Sergeant Ramirez deployed in support of OIF-2 base out of Camp Fallujah. His personal decorations include the Meritorious Service Medal with 2 Gold Stars, Navy and Marine Corps Commendation Medal with combat V. Joint Service Achievement Medal, Navy and Marine Corps Achievement Medal with 2 Gold Stars, and the Combat Action Ribbon. Master Gunnery Sergeant Ramirez retired from the United States Marine Corps on January 1, 2013.

Outside of his life as a Marine, Rob built a good life for himself. Married to his wife Amy for more than 18 years, father to Michael and Marc Ramirez, Garrett Tynes, and Mary Tynes, grandfather to Kiley Ramirez, loyal son to Paula Ramirez, brother to Beatrice Galan and her husband Oscar, Jennifer J. Ramirez, and Rafael Jason Herrera, and loved by numerous uncles, aunts, cousins and friends. Rob had an extended family in his brotherhood of the Marine Corps, and not to be forgotten his beloved dog Foxxy, who never left his side.

Rob loved life and spent his time after retirement enjoying the company of his loved ones, watching football, adopting stray kittens, raising chickens, researching his ancestry, watching Sci-Fi documentaries, and visiting casinos and America’s roadside attractions with his wife Amy. His heart was big and his sense of humor was contagious.

Roberto’s remains will be laid to rest at a military cemetery in his home state of Texas at a future date.

Services are under the direction of Ferguson Funeral Home.

Condolences to the family may be expressed at www.ferguson-funeralhome.com. In lieu of flowers, donations may be made in memory of Roberto Ramirez to the Fisher House at https://www.fisherhouse.org