Starting at
$1.00 for 1 day
Get Started
View all rates
You are the owner of this article.
Edit Article Add New Article
You have permission to edit this article.
Edit
Home
Archives
News
Community
Sports
Opinion
Obituaries
Weather
e-Edition
Special Sections
Classifieds
Pay My Bill

A virtual swearing-in ceremony has begun a political back-and-forth as Fort Bend County Democrats and Republicans squabble about how new county leaders were ceremonially welcomed into office.

It all began when County Judge KP George announced a virtual swearing-in ceremony on Jan. 1, where it would have George giving the oath of office to 16 elected county officials.

The event was closed to the public due to COVID-19 concerns and was live streamed on the county’s website.

“Due to Gov. Abbott’s request that we reduce the number of large gatherings… I will be having a small private swearing-in ceremony in my office,” Morales said in an email sent to the county.

So George’s swearing-in ceremony took place with all Democratic officials, while Morales had a private ceremony as his son, Chris, who is a county court-at-law judge, gave him the oath of office. Other Republicans also had small ceremonies.

The move angered some Democrats, including former civil service commissioner to the Fort Bend County Sheriff’s Office, Oto Cantu, claiming that the move to opt out of George’s ceremony was disrespectful to the office of the county judge and that Democrats were sworn in by then-County Judge Bob Hebert, a Republican, during his time in office. 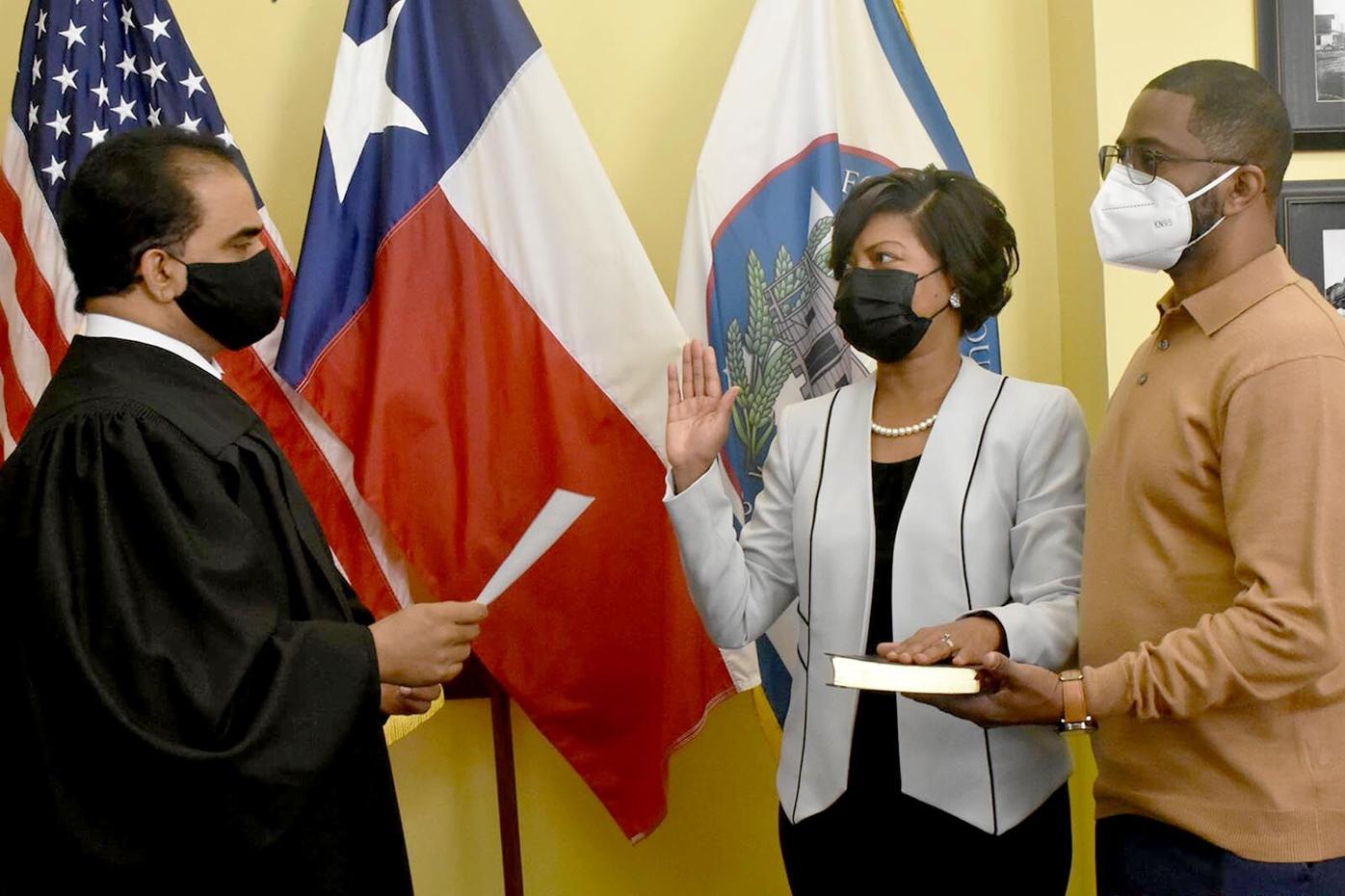 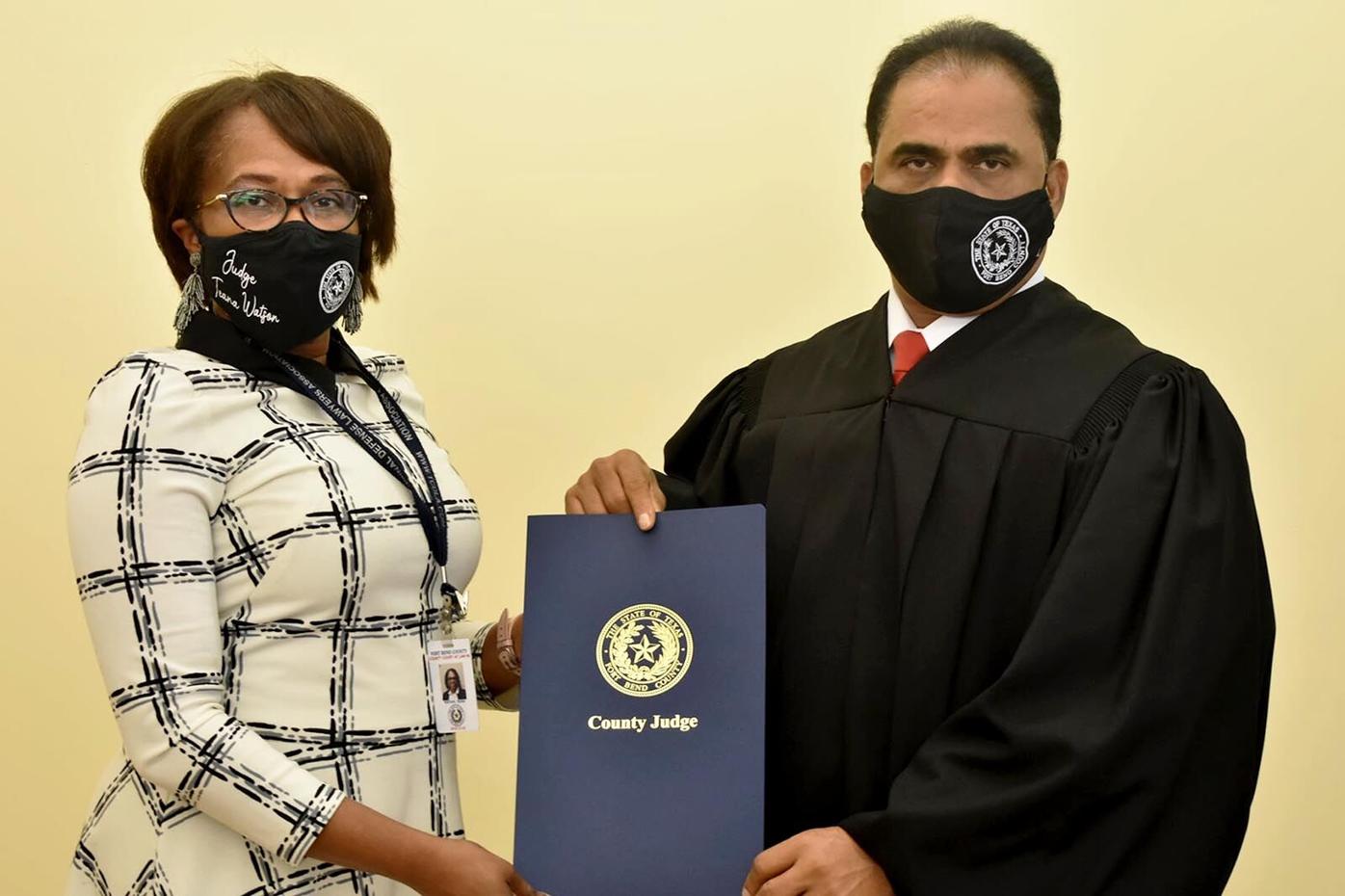 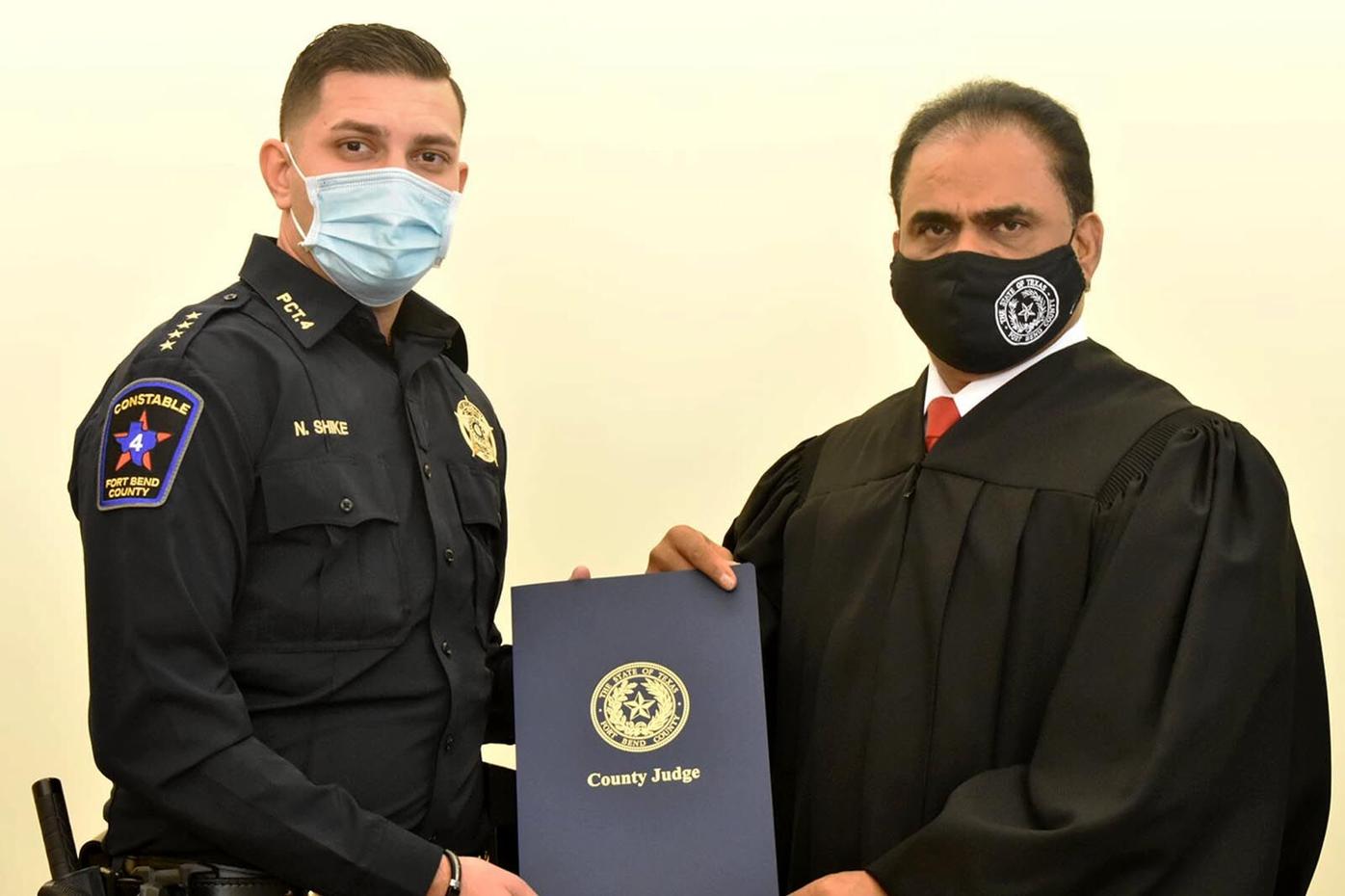 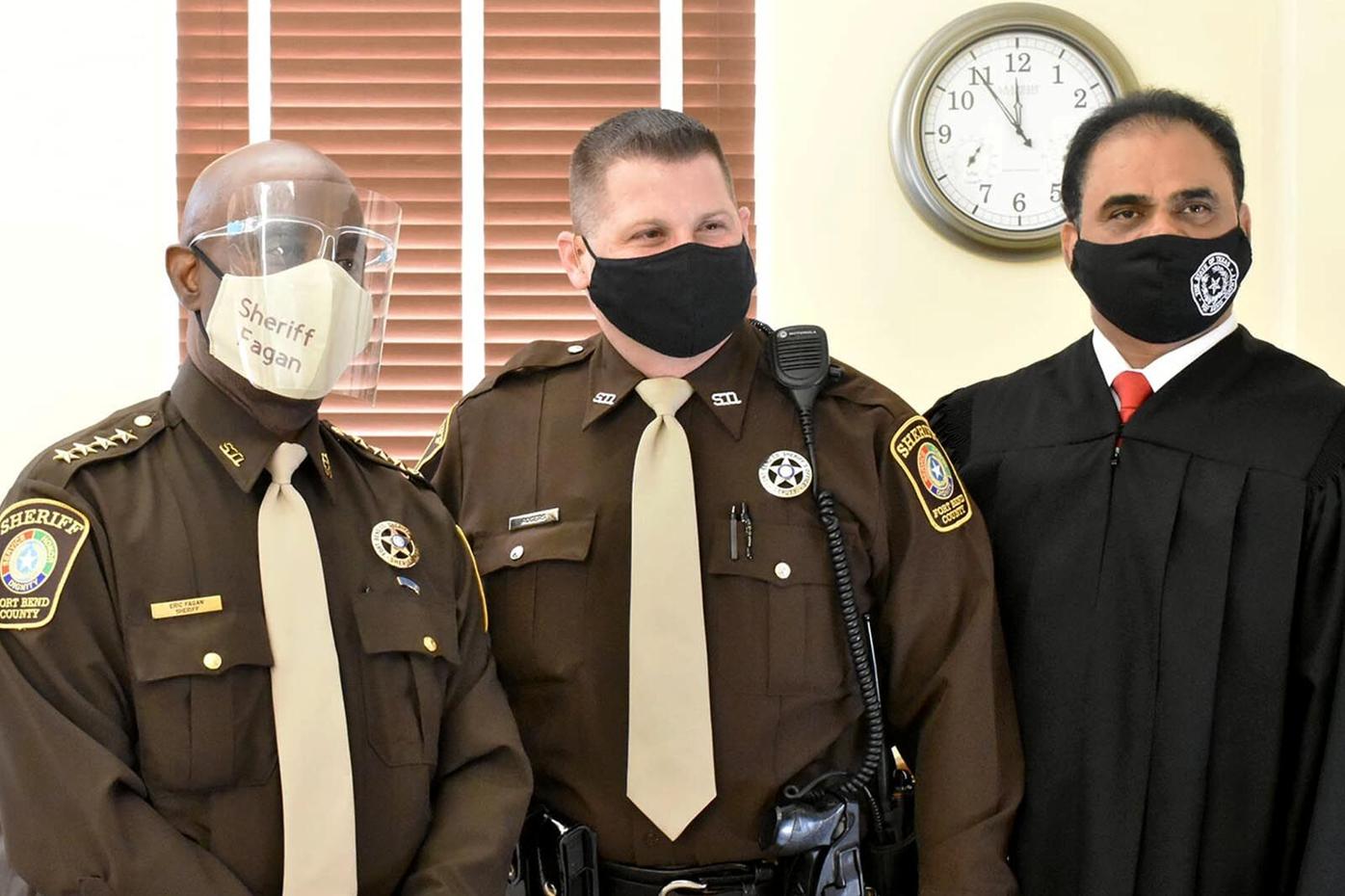 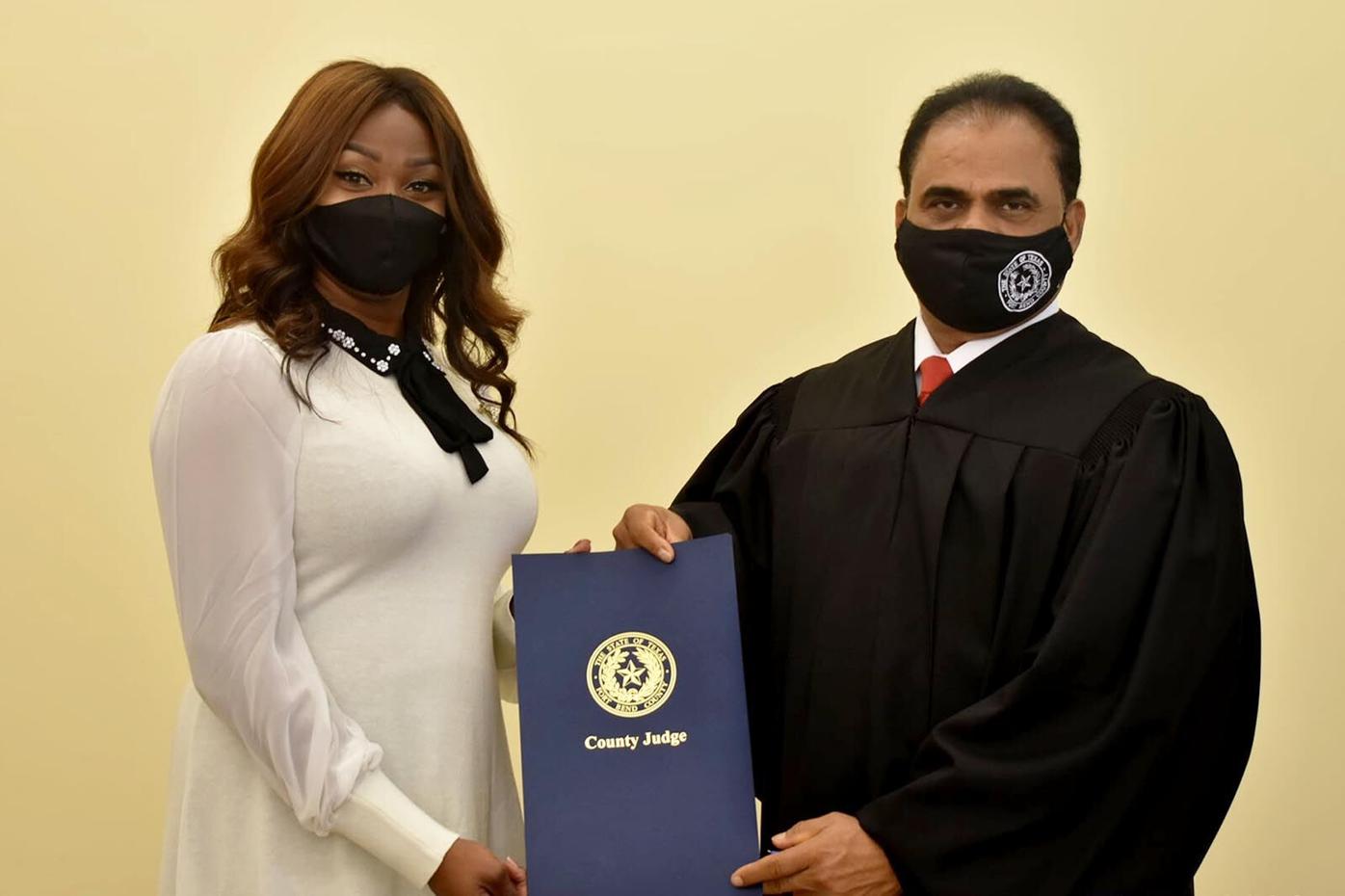 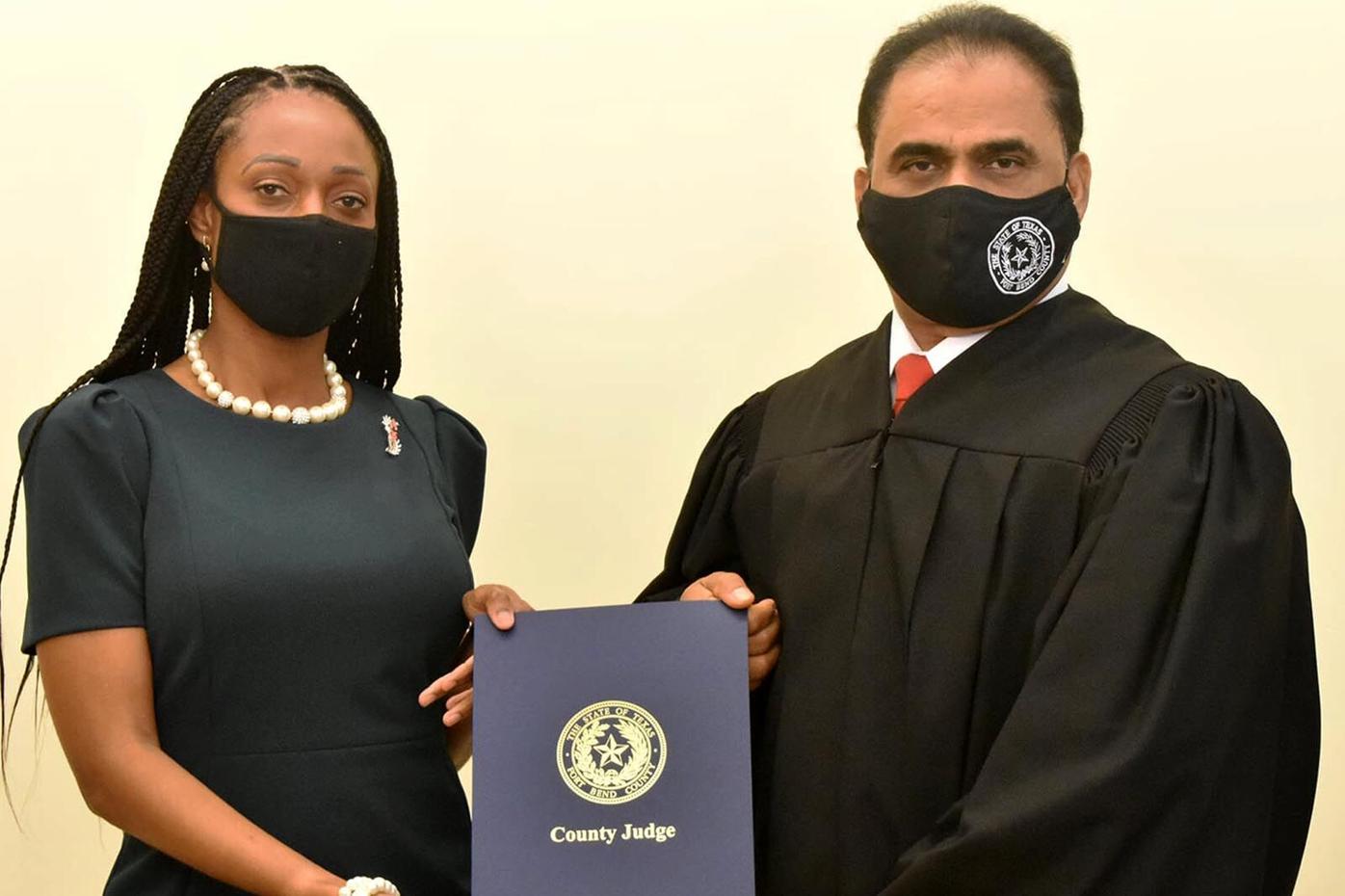 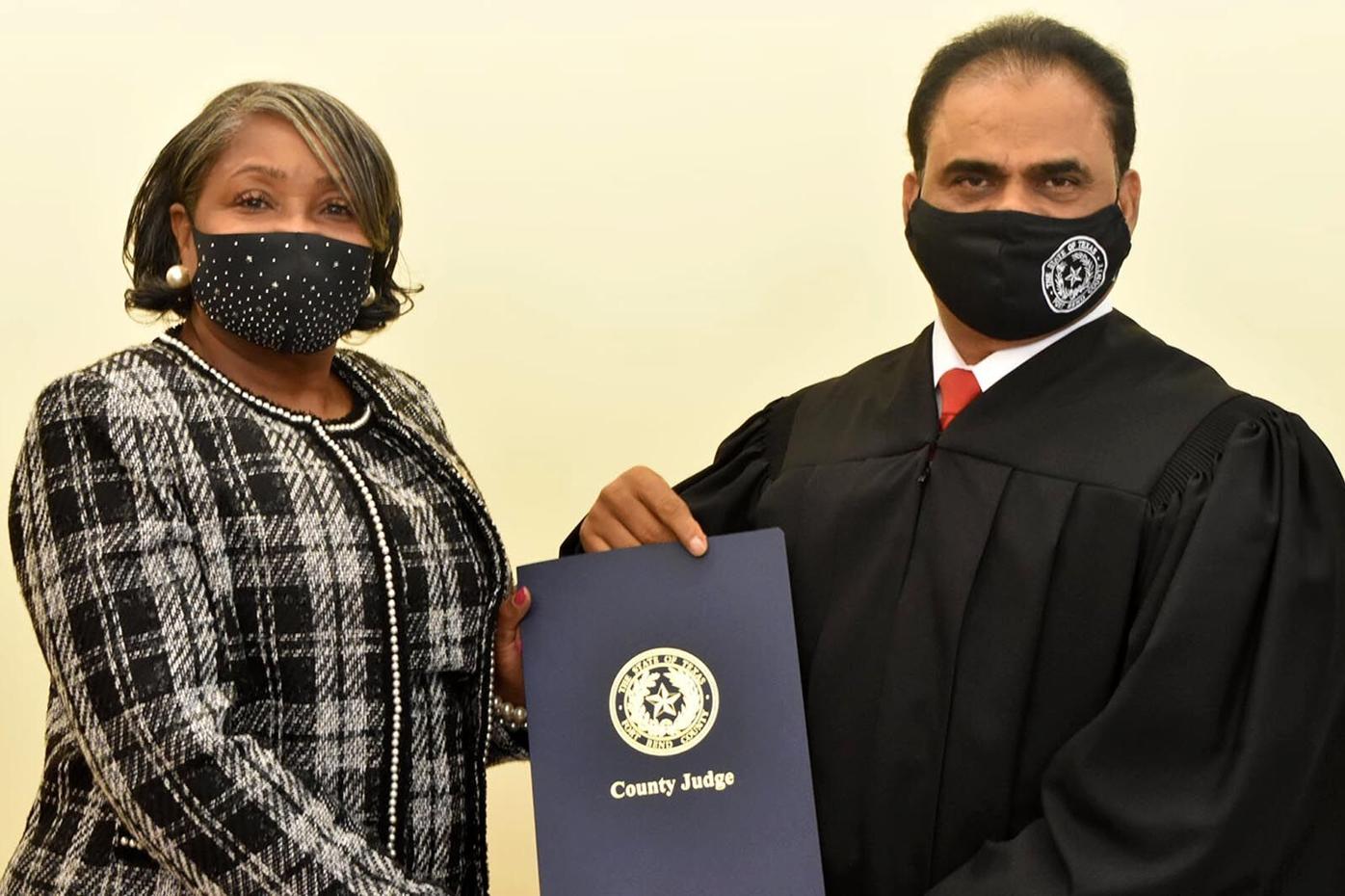 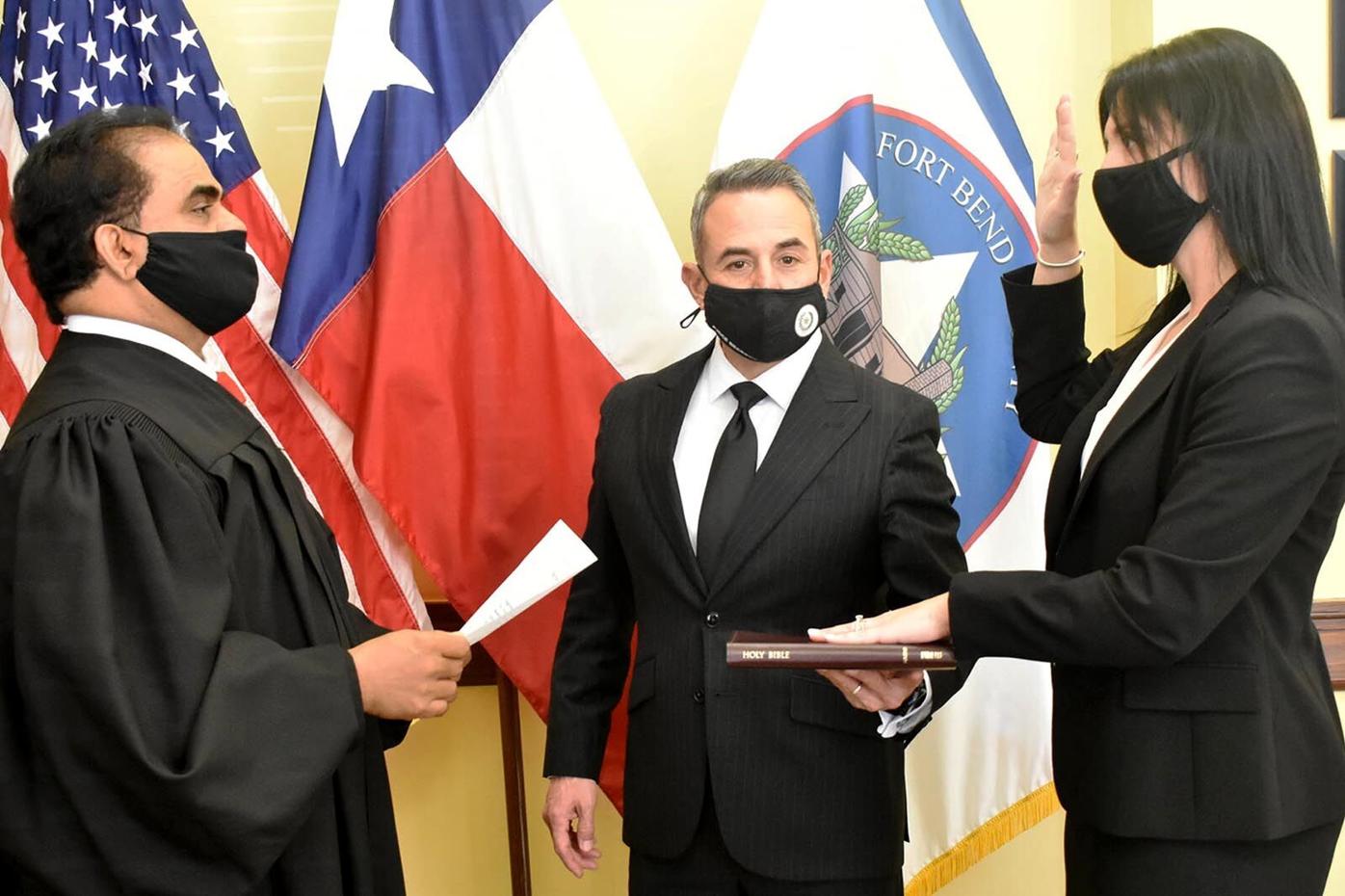 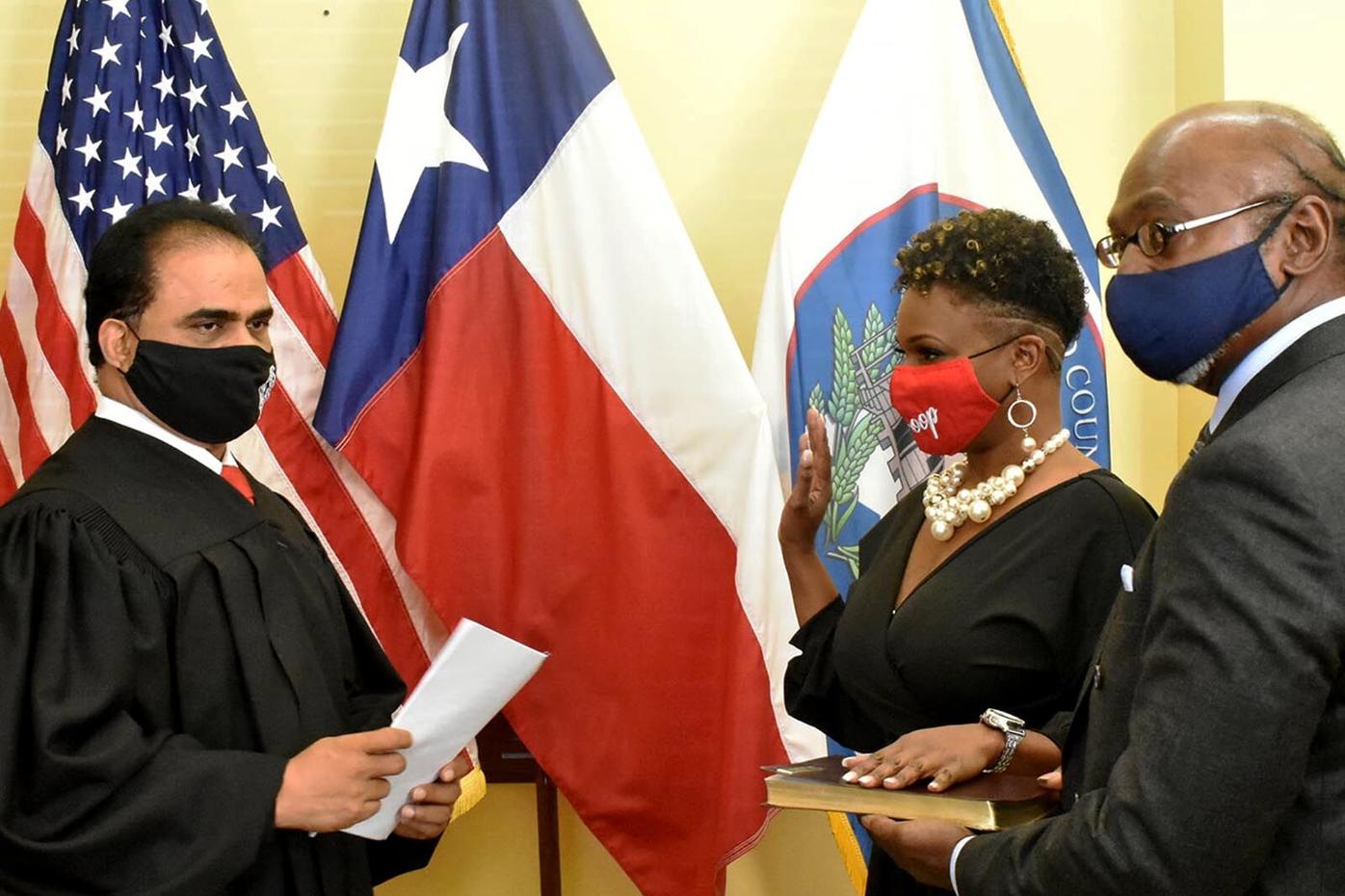 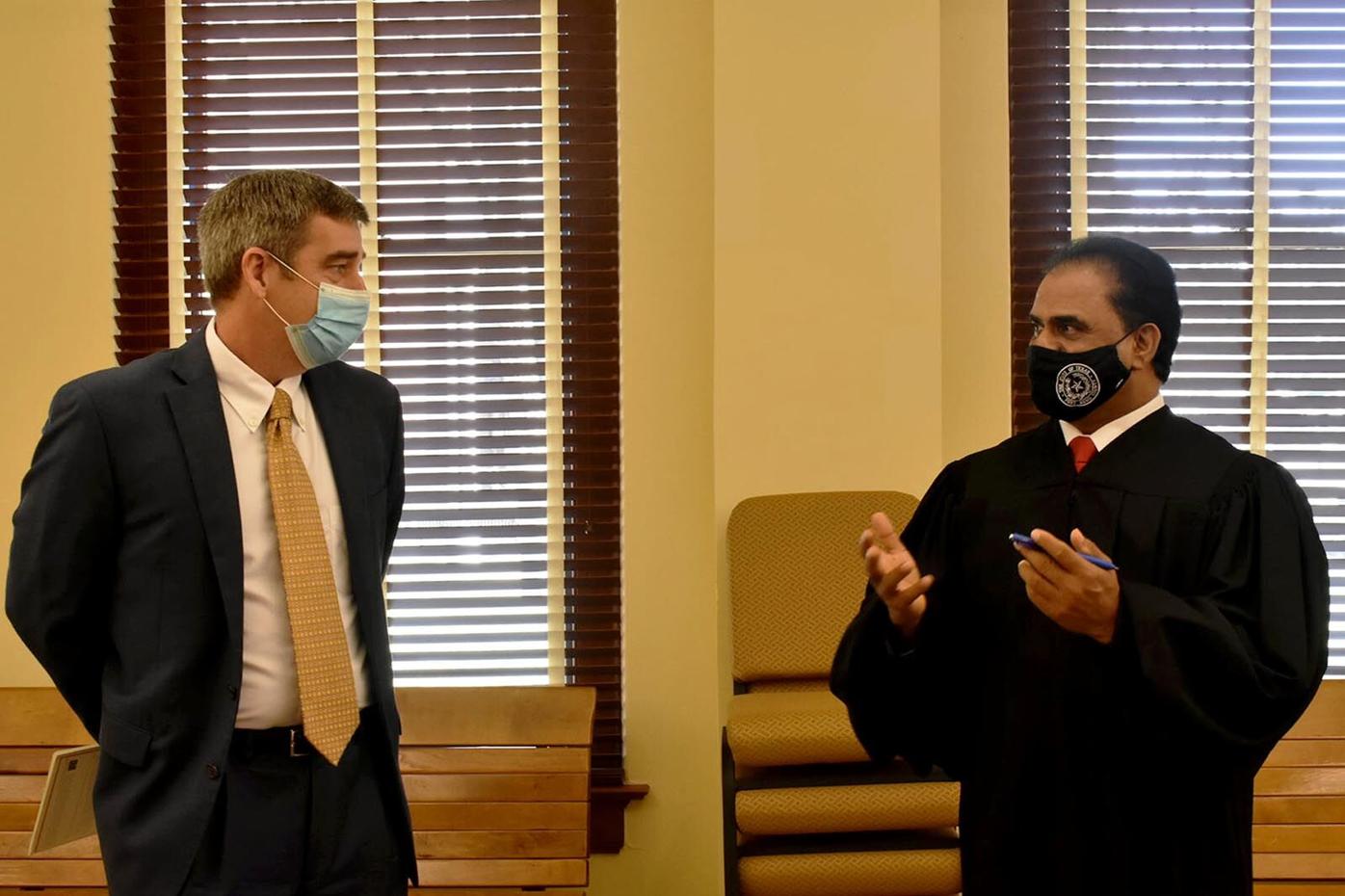 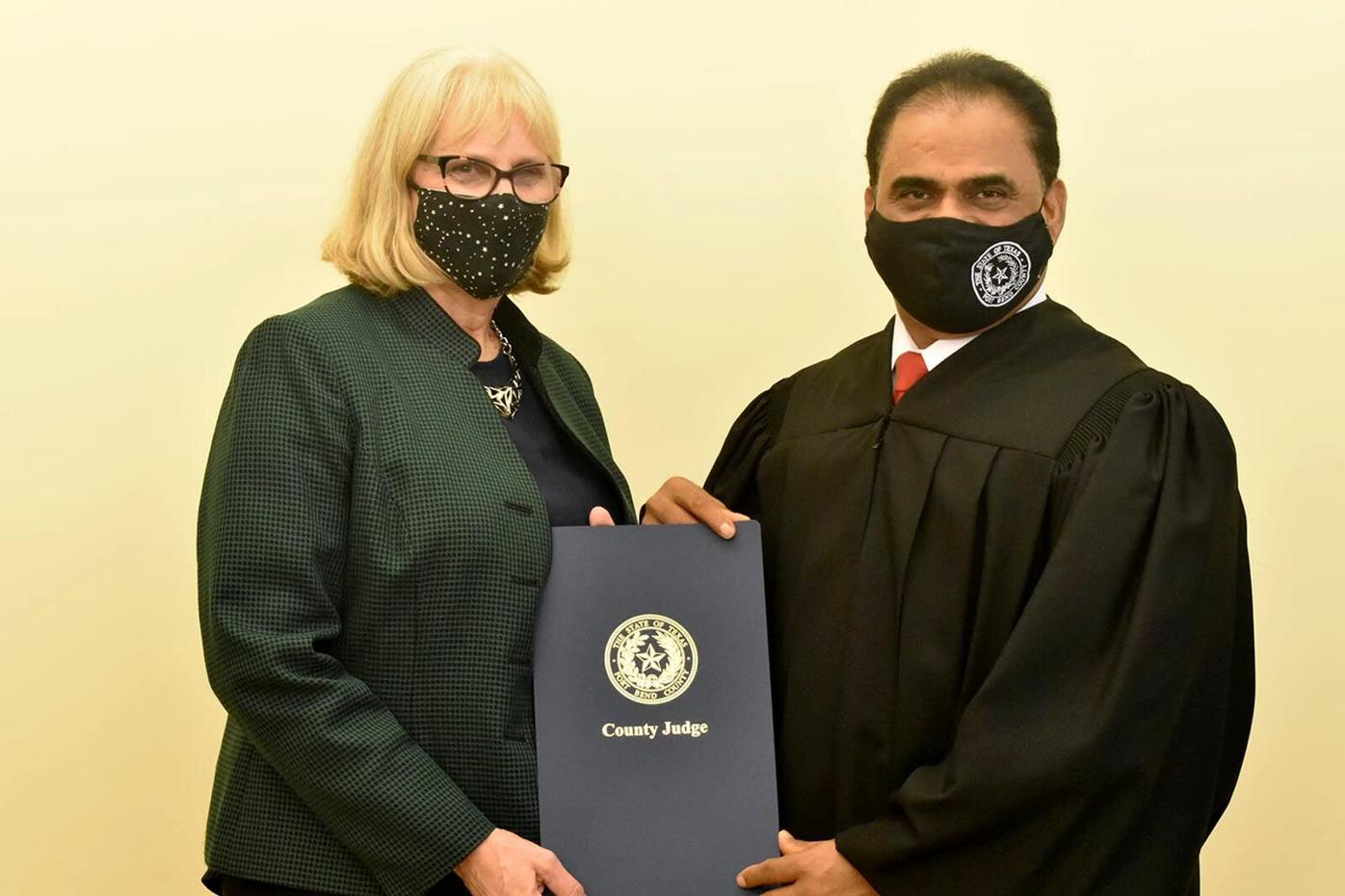 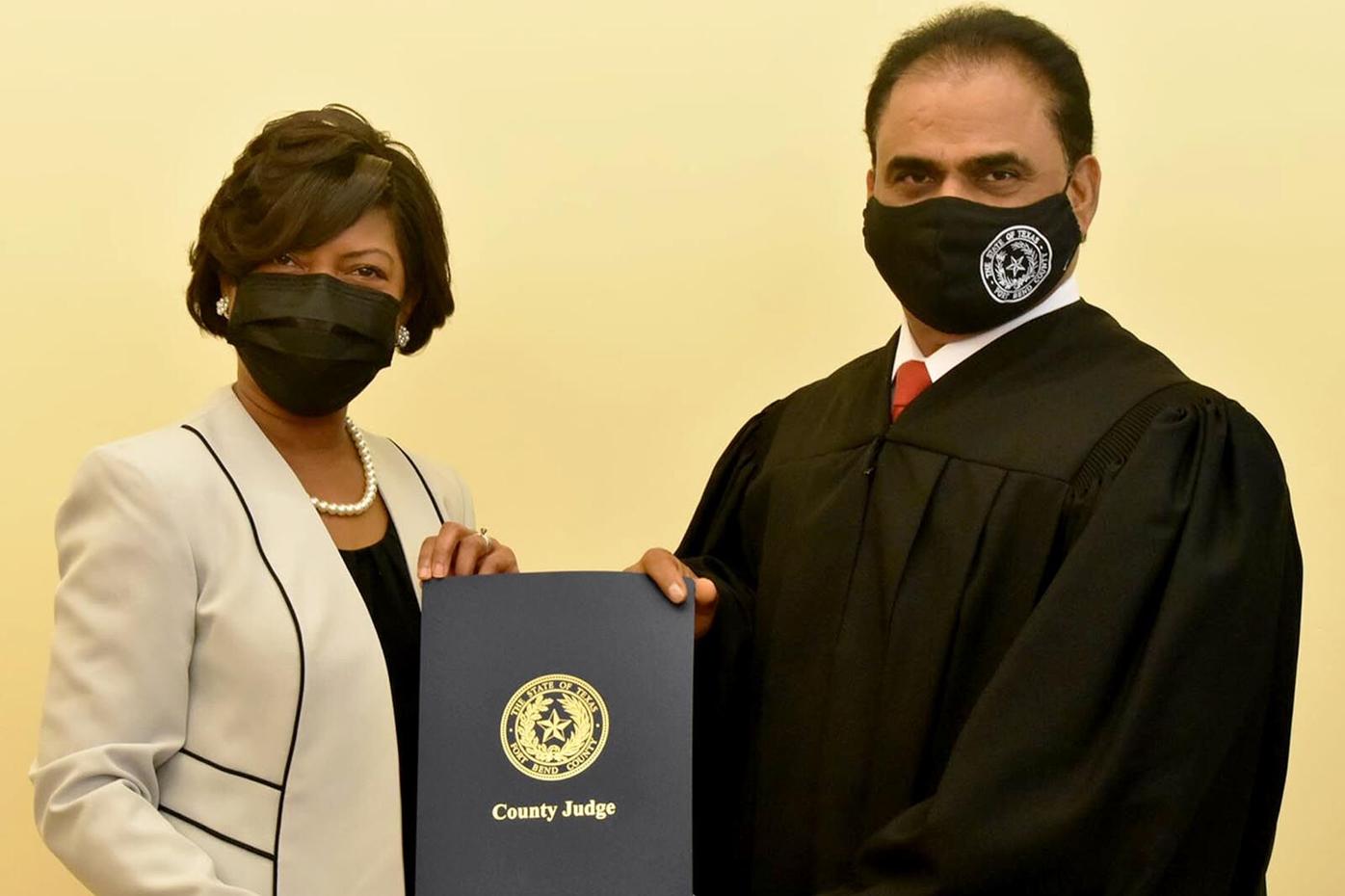 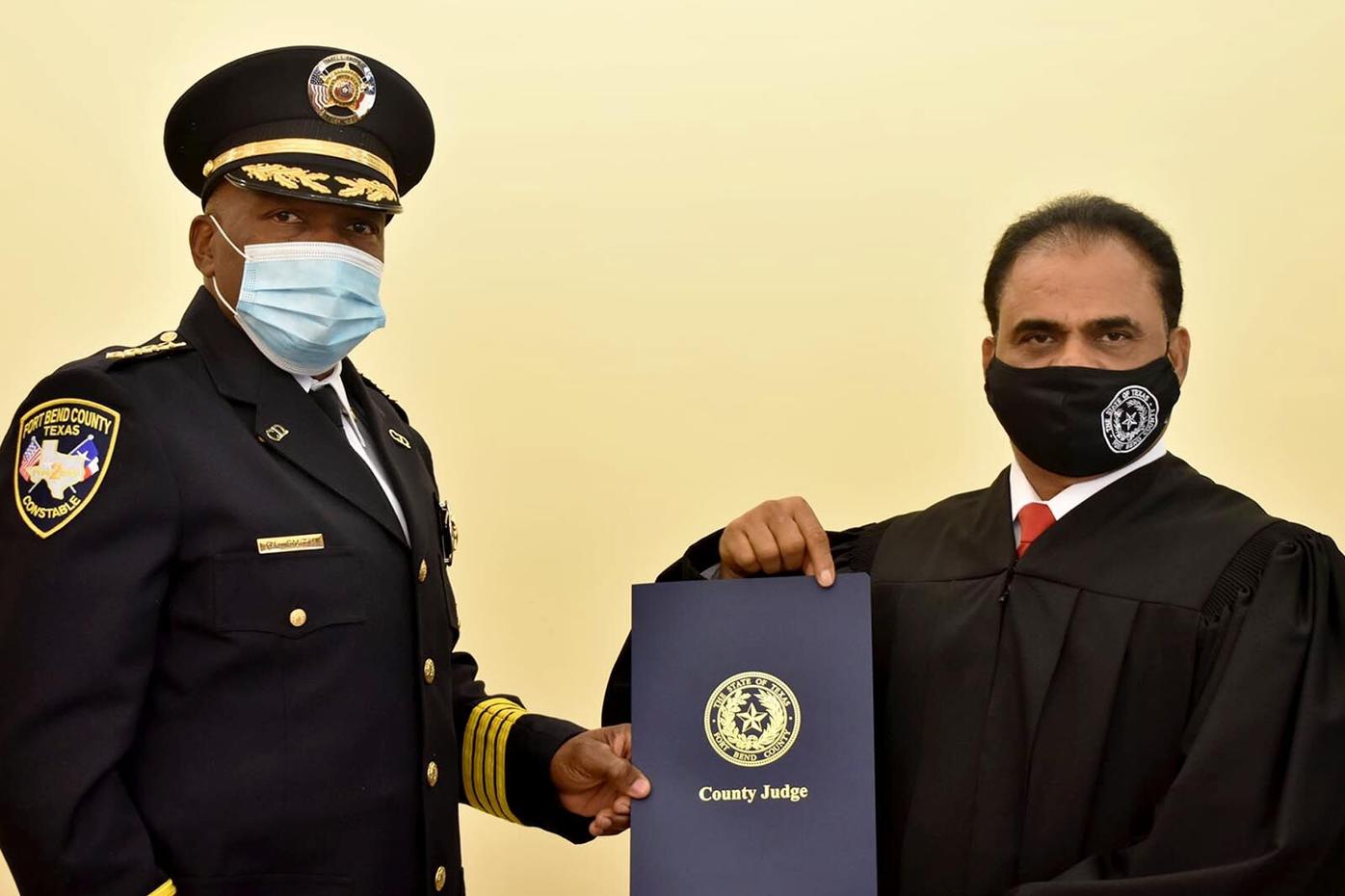 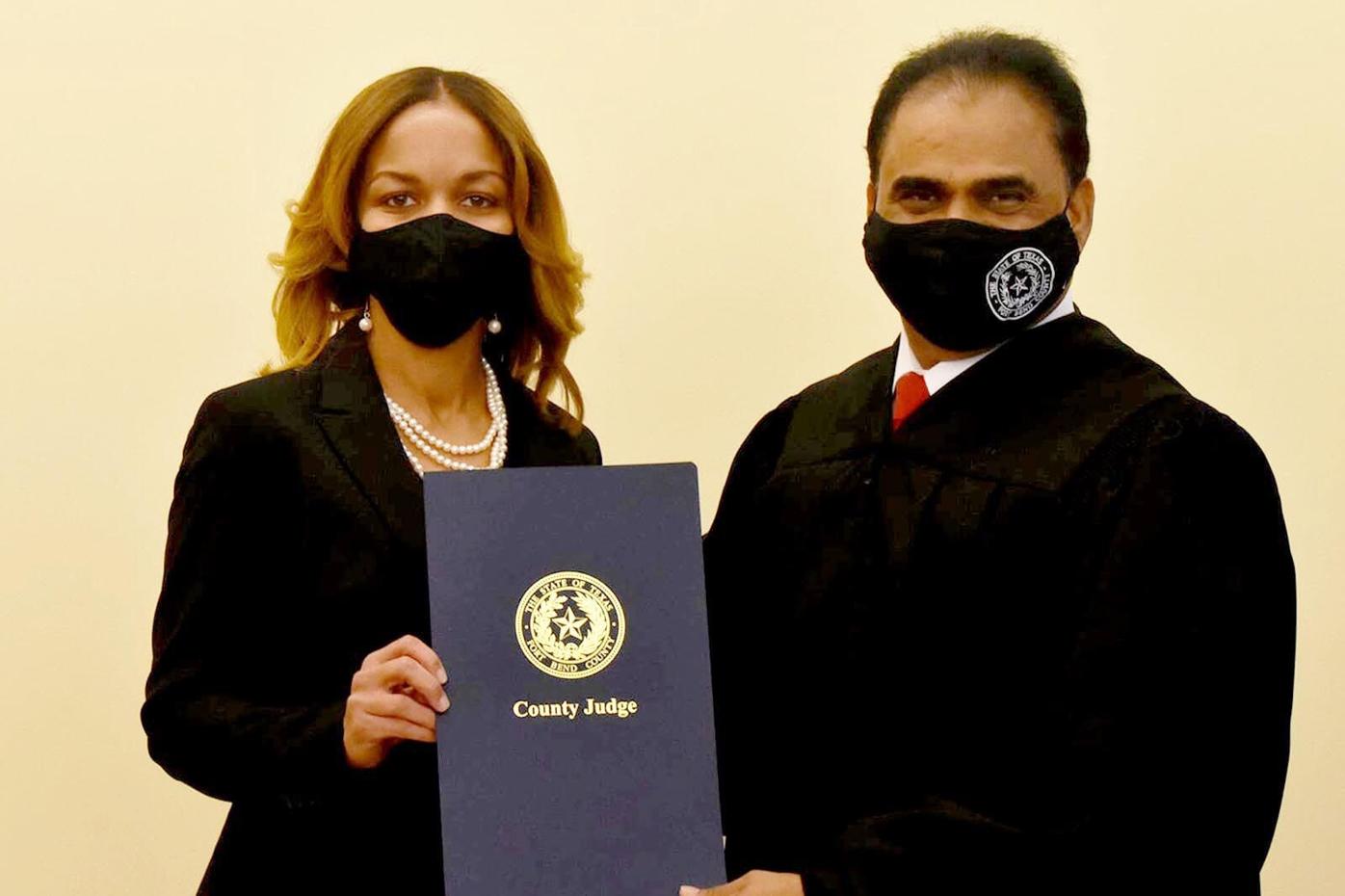 “Today, Vincent Morales, Andy Meyers, Mike Beard, Gary Janssen and Chard (sic) Norvell had the lack of manhood, the lack of morals, the lack of ethics, the lack of patriotism, the lack of any values when they refused to be sworn in their positions as it is my understanding due to your person being an immigrant who ran as a Democrat and won in Fort Bend County,” Cantu wrote. “They exhibited a total lack of decency and respect for our democratic process and our American values.”

“My hair is standing up on my head about this,” Fort Bend County Democratic Party chair Cynthia Ginyard wrote in an email.

“I just finished doing a piece on “When you pull back the layers…it’s racism” and less than 24 hours — here is an opportunity clear and present! I wish someone would say the word ’non-partisan’ to me again.”

Meyers quickly responded and said that there was never an official swearing-in ceremony done by the county and demanded a public apology from Ginyard and Cantu to all who had private ceremonies.

“At 77 and needing to avoid COVID-19, I didn’t need to be in a large gathering shaking hands, such as the one I witnessed at the county courthouse when I dropped off the signed documents from our private ceremony and saw posted on social media and the one Judge George originally proposed,” Meyers responded. “We had a small ceremony with my three staff members and (Precinct 3 Justice of the Peace Kelly) Crow. Constable Norvell was also sworn in by Judge Crow, in his own private ceremony.”

Ginyard responded by accusing Meyers of deflecting and playing partisan politics. “It’s less than one minute. You participate in the county’s (ceremony) and do your private. For less than one minute, what is the big deal. You serve THE PEOPLE of Fort Bend, not your party,” she wrote.

New Fort Bend County Sheriff Eric Fagan was sworn in by George on Friday, and had another swearing-in ceremony with several guests on Saturday.

In all, George swore in 10 officials, all Democrats. Seven of them were African-American, one was Asian-American and one was Hispanic-American.