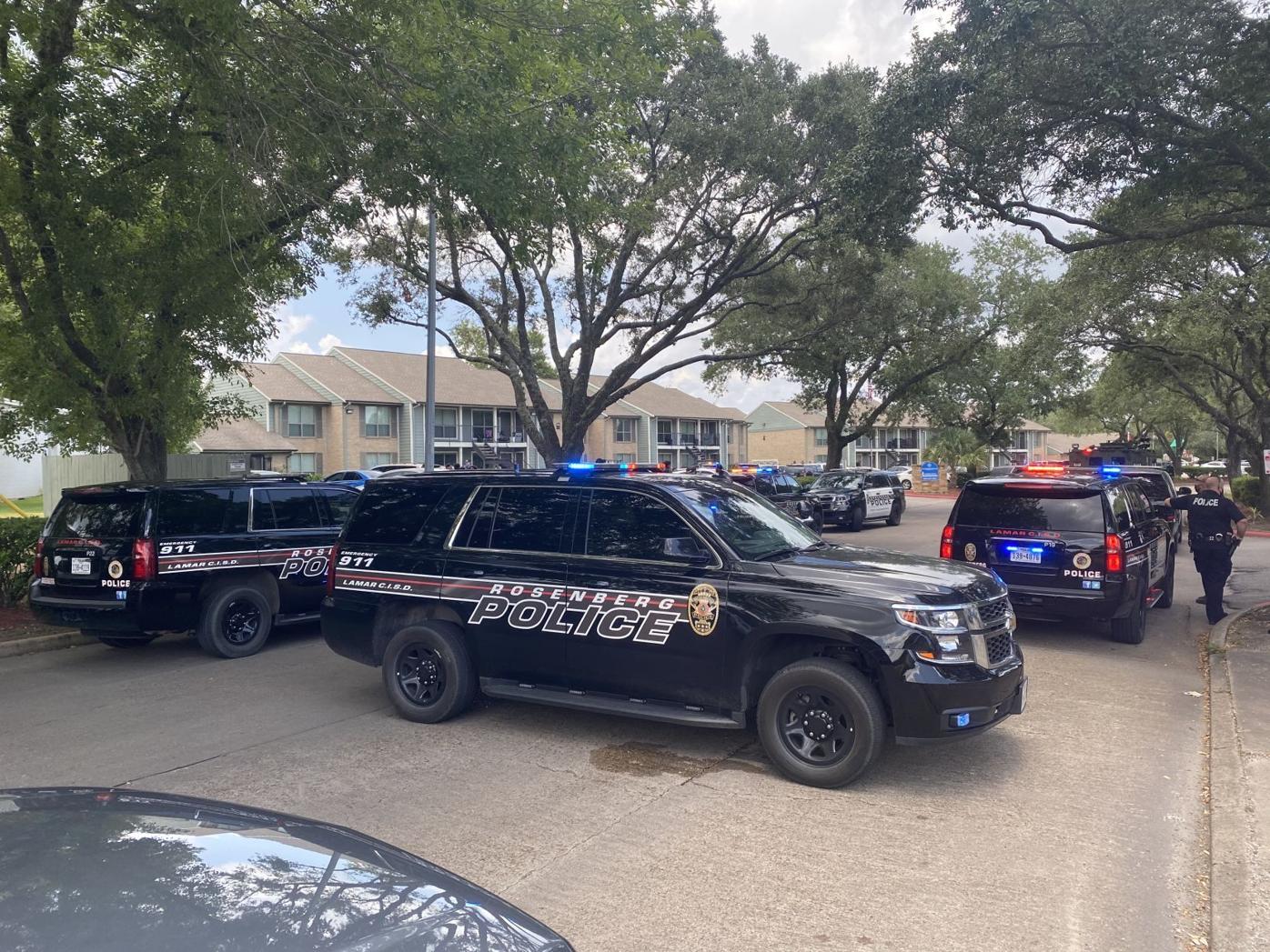 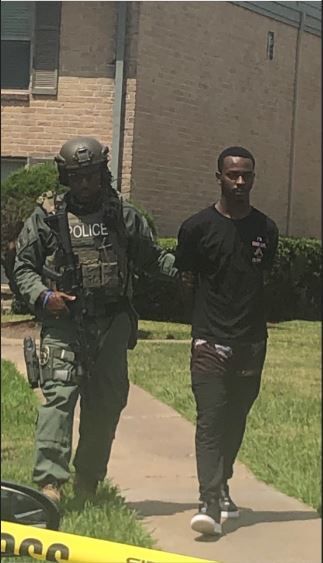 Jamal Williams, a suspect in a shooting incident at Westwood Village Apartments, walks after being apprehended by a Fort Bend County Regional SWAT Team member.

Jamal Williams, a suspect in a shooting incident at Westwood Village Apartments, walks after being apprehended by a Fort Bend County Regional SWAT Team member.

A 25-year-old man is in custody after a shooting incident in Rosenberg on Friday afternoon in the Westwood Village Apartment complex.

Police officers were called to the complex, located at 1216 Westwood Dr., on Friday around 12:20 p.m. after reports of a shooting taking place between the Pecan Park and Westwood Village Apartments.

As they arrived, officers located a man who had suffered a gunshot wound to the back of the head.

Witnesses then identified a suspect that fired a rifle several times at a number of people, resulting in the injury, police said.

Officers determined that the suspect was still in the complex and later found an apartment unit where he was located.

At 1:30 p.m., the Fort Bend County Regional SWAT Team was called to the scene and made contact with the suspect, and later detained him.

Jamal Williams, 25, was taken into custody and will be charged with aggravated assault with a deadly weapon, authorities said.

Authoritie did not release information on a possible motive .

The investigation is ongoing.

There was no word of the condition of the victim as of Friday afternoon.

Rosenberg police chief Jonathan White tweeted that the victim was still in surgery.

Depending on the outcome of the surgery, charges against Williams could be increased, Assistant Police Chief Jarret Nethery told The Herald.

“Our thoughts and prayers are with those who have been affected by these criminal acts, rest assured every individual involved will be held accountable,” Chief White said in a statement.

Anyone with information of a crime is encouraged to contact Fort Bend County Crime Stoppers at 281-342-TIPS (8477). Tipsters can also submit tips online at www.fortbend.crimestoppersweb.com.