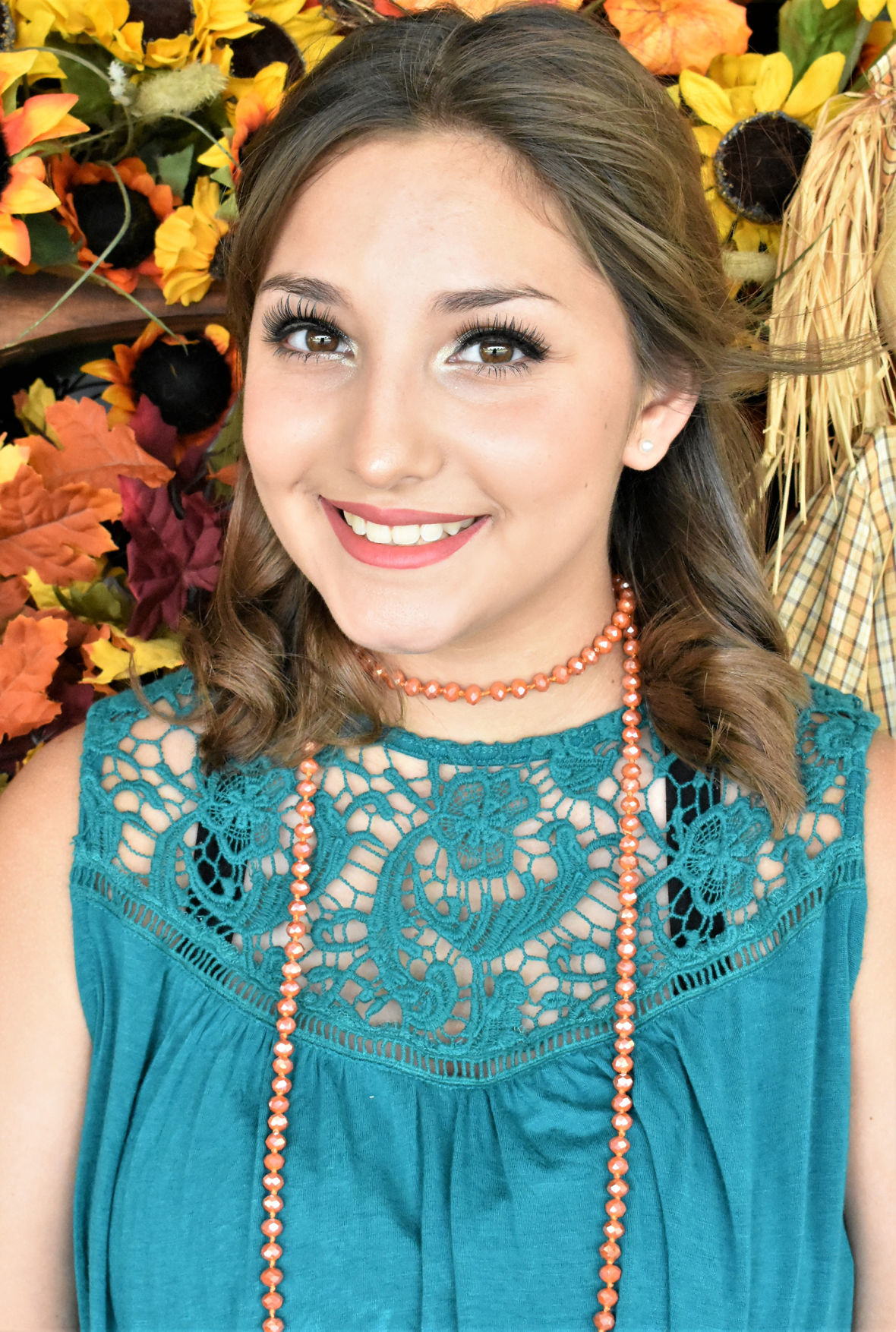 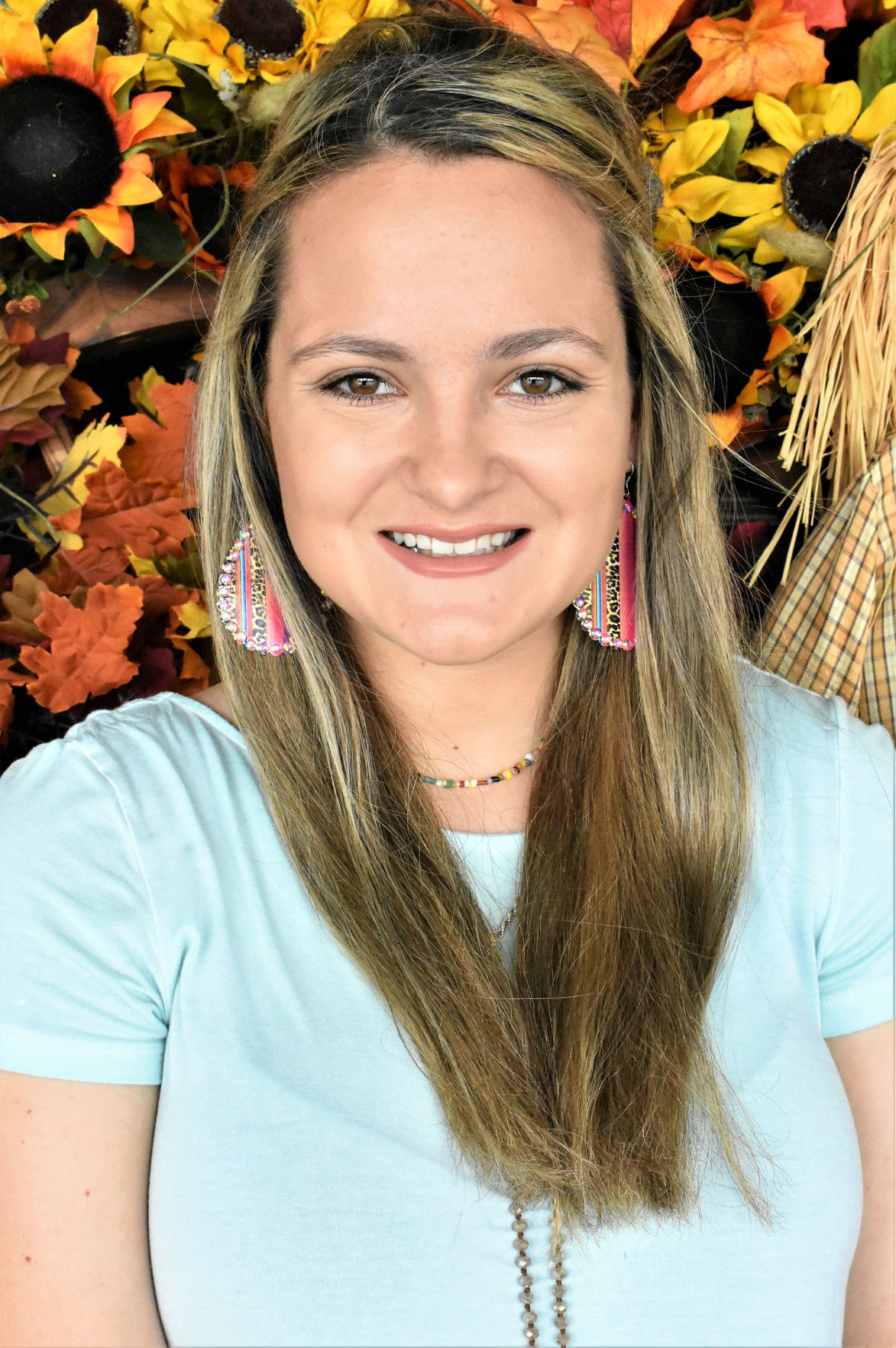 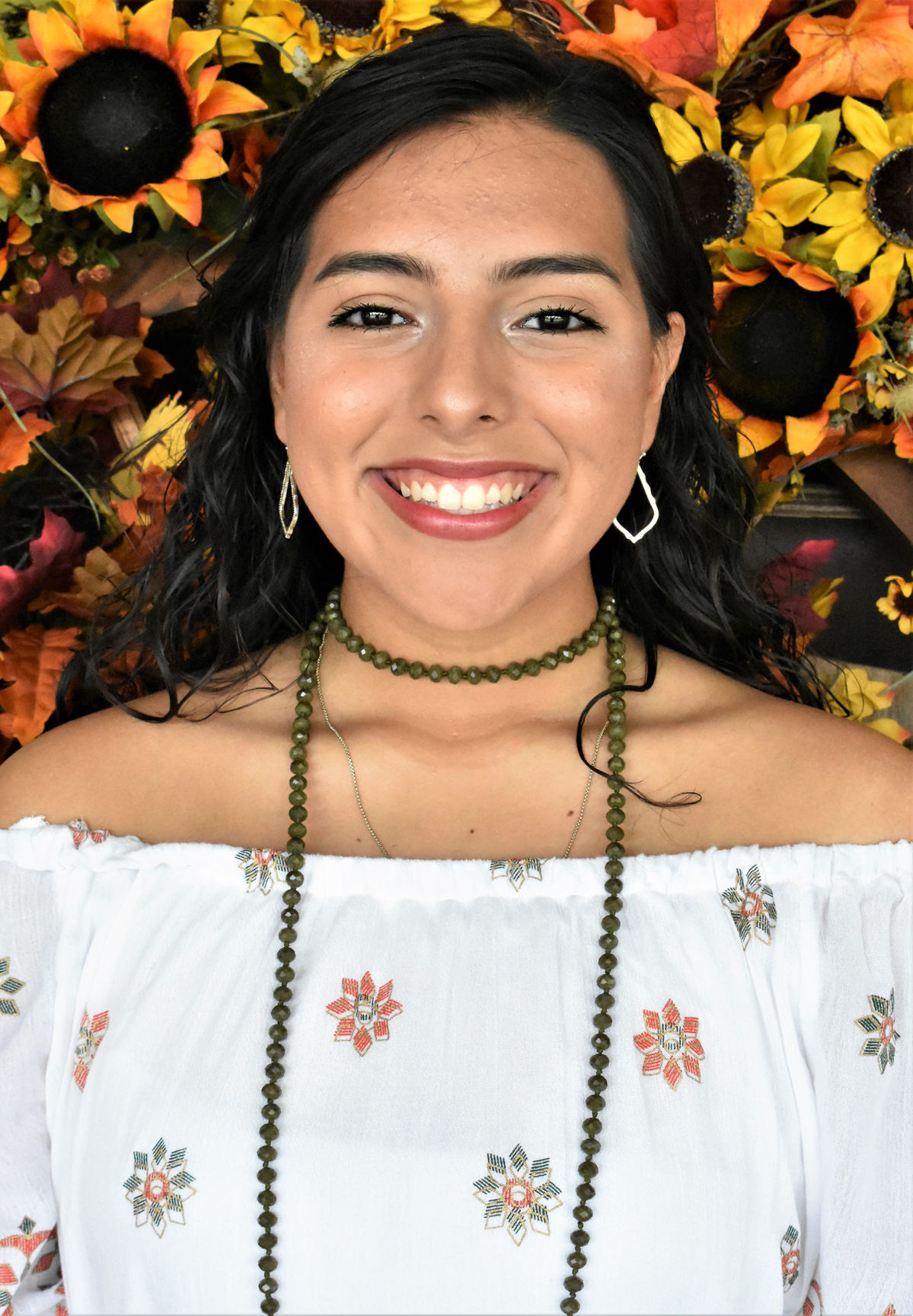 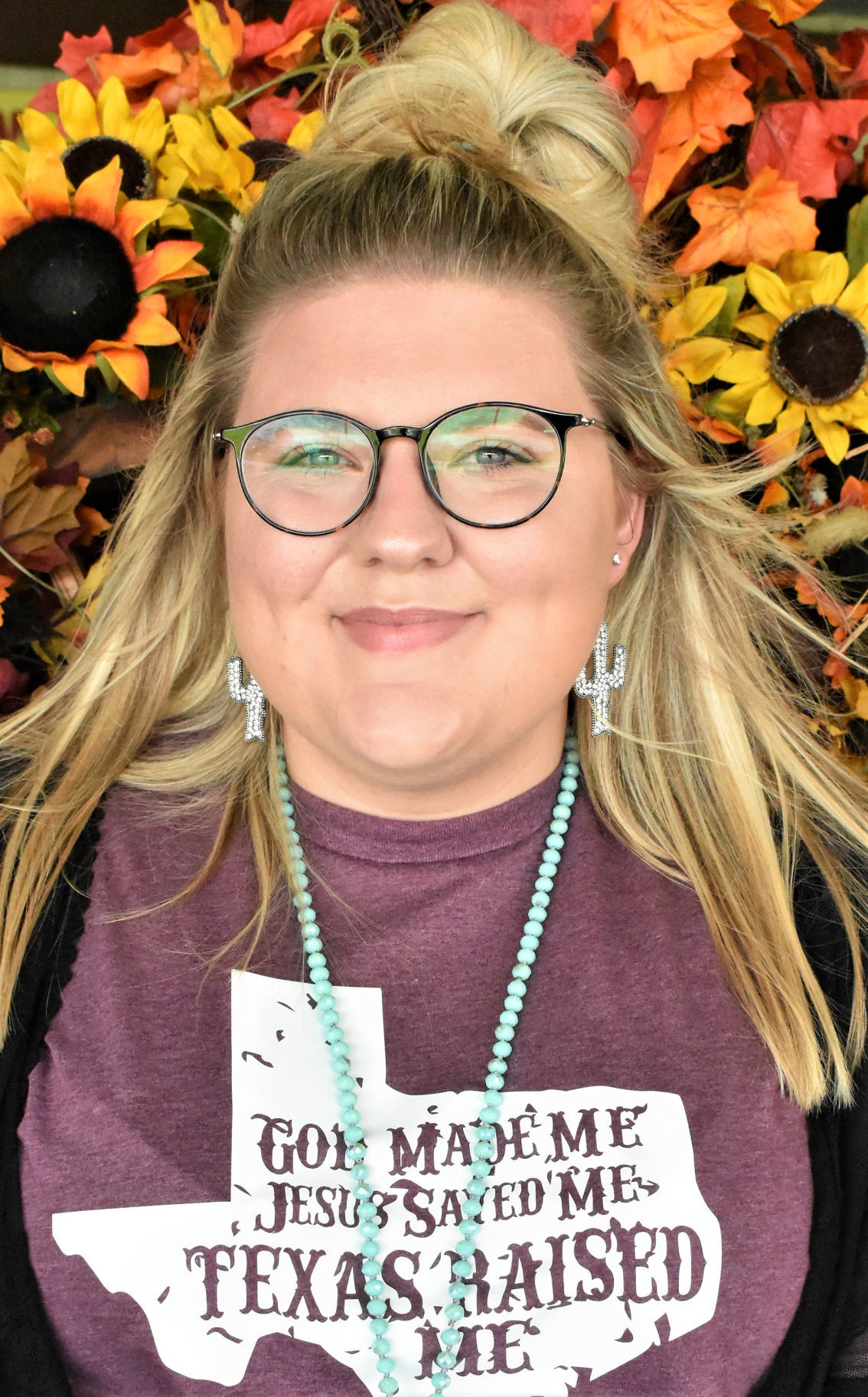 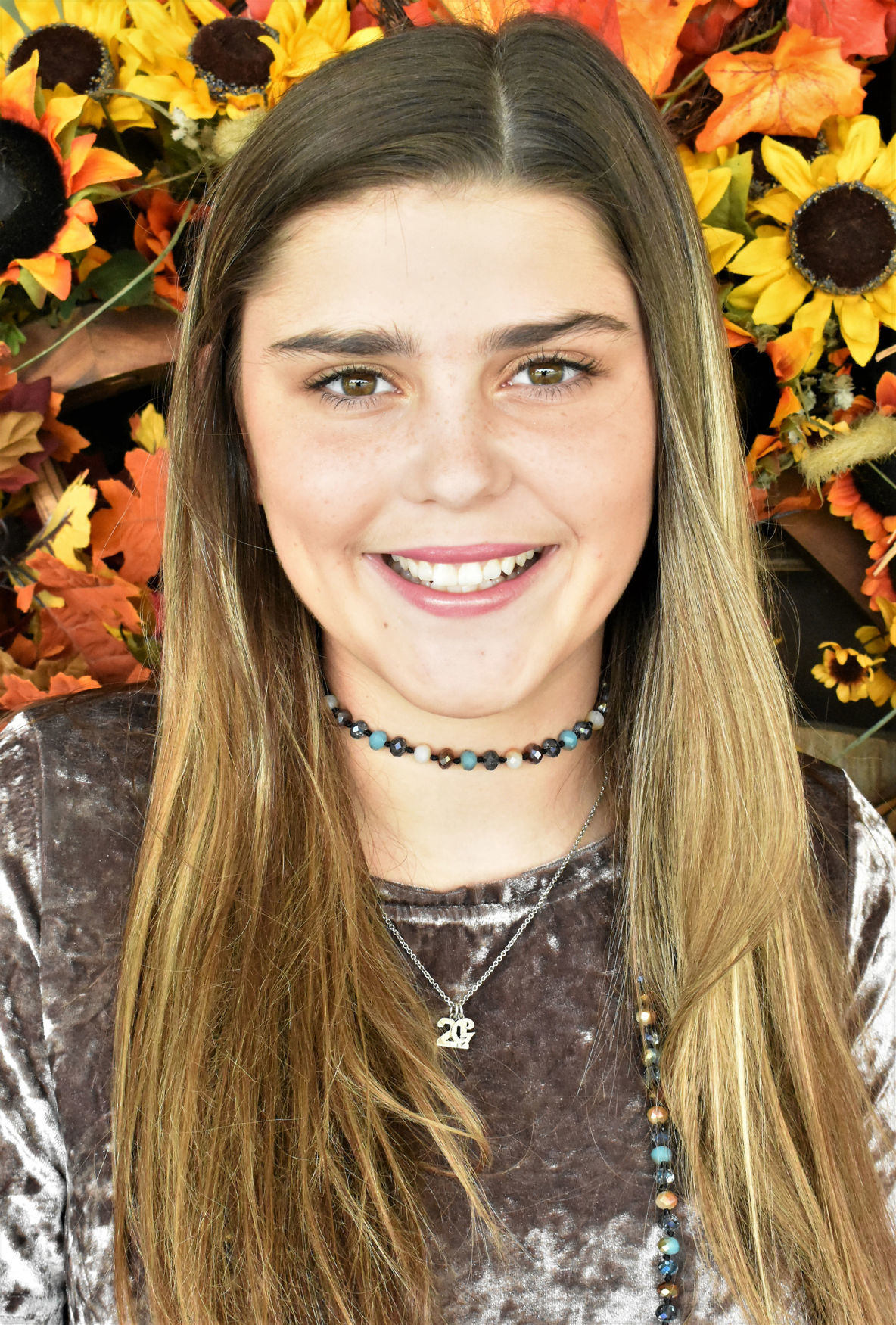 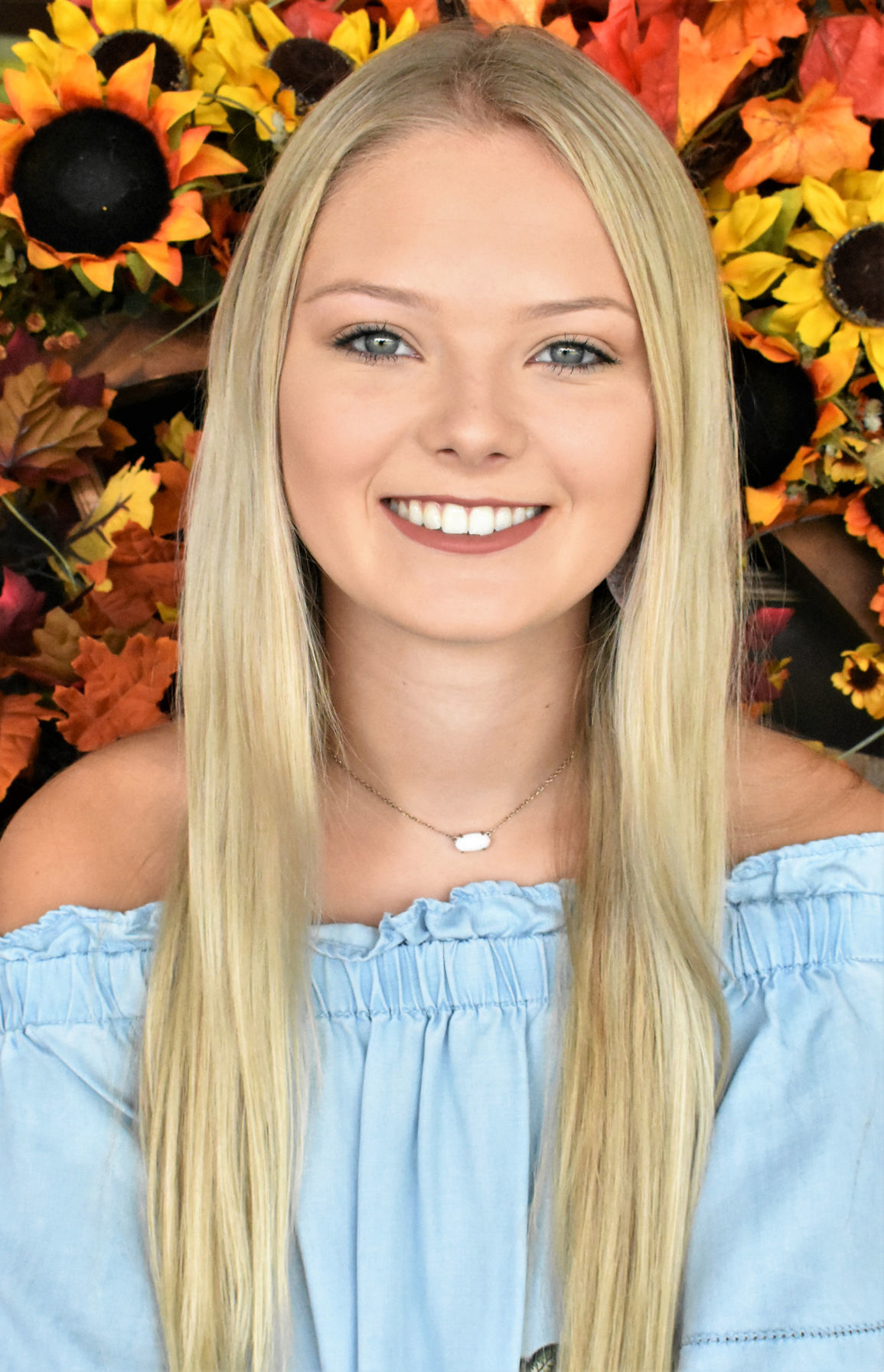 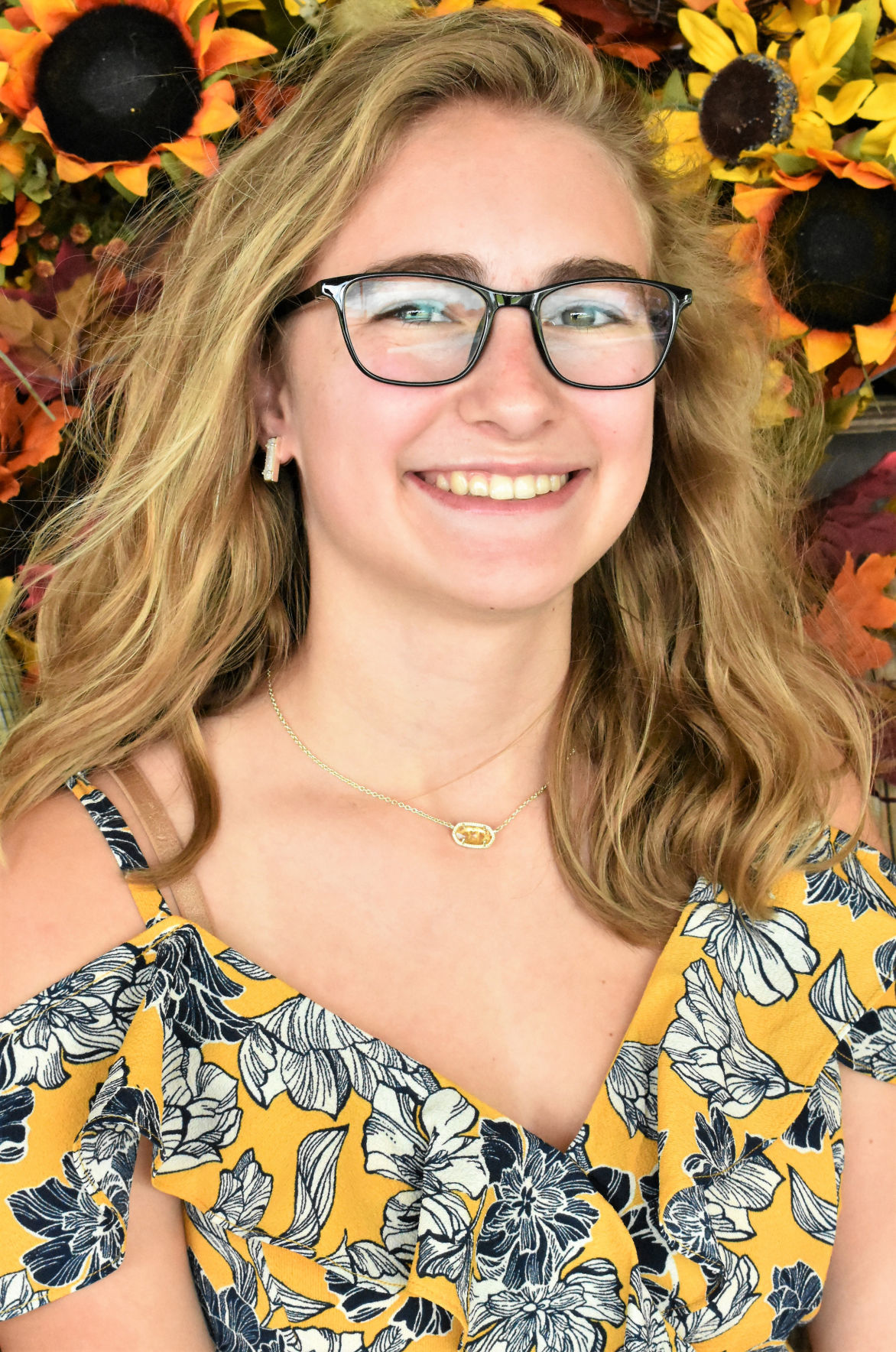 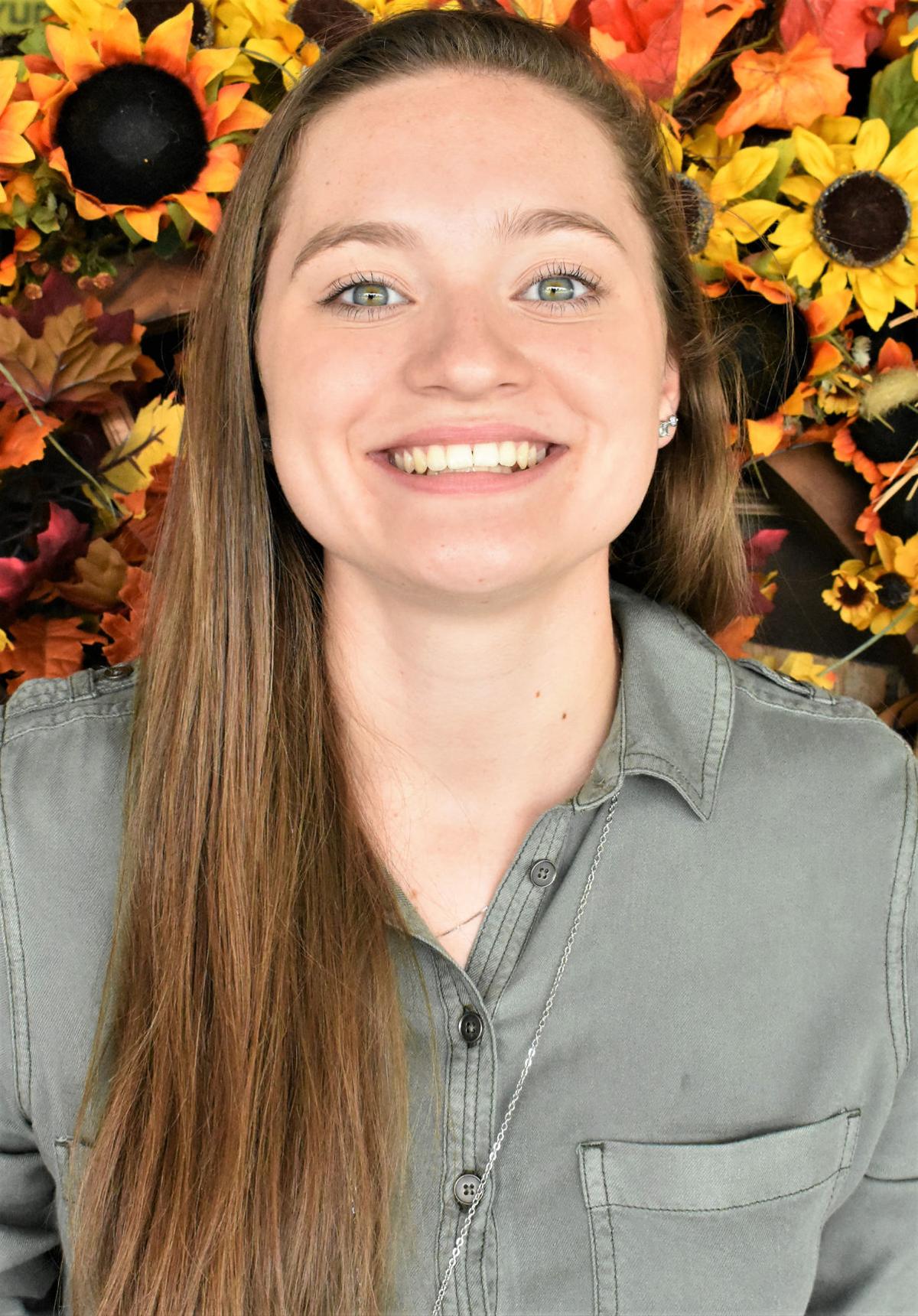 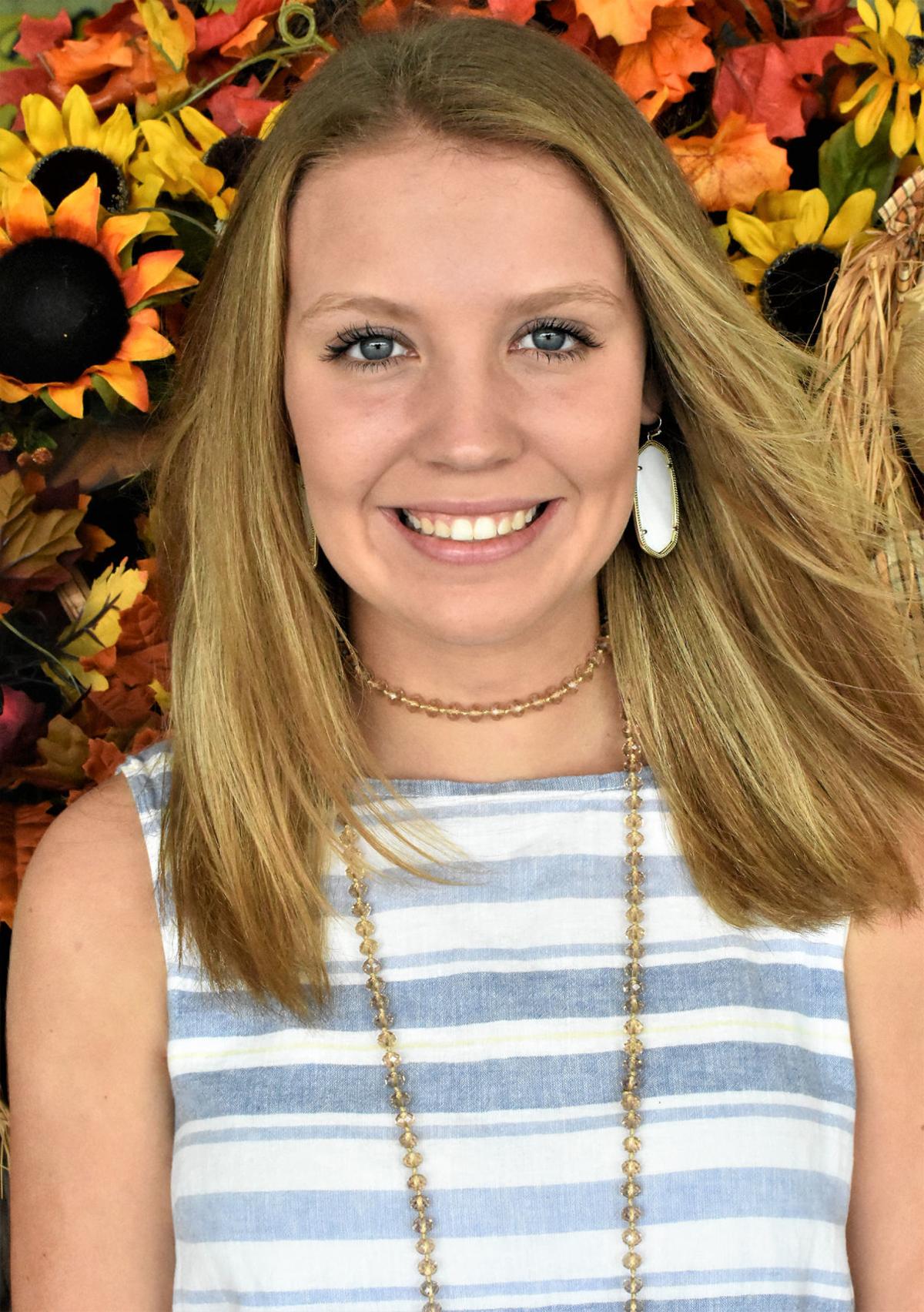 Nine young ladies are vying for the title of 2019 Needville Harvest Fest Queen, with the winner set to be crowned in ceremonies that begin at 2:30 p.m. Saturday, Oct. 19, at Harvest Park.

Raffle tickets are also available from any Little Miss or Mr. candidate and at several businesses in the Needville area.

Four runners-up will also be named, and each contestant will receive an appreciation gift for participating in the Queen’s Contest.

Contestants must be residents of Needville, between the ages of 15 and 19, and are judged on individual and stage interviews.

They are each required to sell a minimum of 50 raffle drawing tickets, with the contestant who sells the most receiving a percentage of what she sells.

Contestants, all of whom attend Needville High School, are:

Cornejo is a junior and the daughter of Elizabethe Olvera and Francisco Olvera.

She is a member of: Needville Sapphires Dance Team; Texas Association of Future Educators (TAFE); Family, Career and Community Leaders of America (FCCLA); Varsity Mixed and Treble choirs; and the debate team.

Cornejo’s accomplishments include: winning several TAFE competitions at the state level; earning all 1s at state solo concert for choir, twice; competing in numerous debate tournaments, reaching region level in most; and teaching Confraternity of Christian Doctrine (CCD) at St. Michael’s Catholic Church for first- and second-graders for three years.

Her hobbies include watching movies with friends and family, and traveling. In Alyssa’s free time, she is either writing poems or songs, listening to music, singing, practicing dance, drawing, or visiting family from out of town.

After graduating, Alyssa plans to enlist in the U.S. Air Force and become a fixed-wing pilot. While serving, she plans to attend college to become a neonatal nurse after leaving the military.

Ellerbe is a senior and the daughter of Kenny and Tonya Ellerbe, and is sponsored by Creekside Christian Academy.

She is involved with numerous extracurricular activities, and enjoys giving back to her community by volunteering at several benefits through the Needville Lions Club, assisting in teaching preschool students at Creekside Christian Academy, and helping with other community events in need of volunteers.

Ellerbe serves as FCCLA president and won first at the FCCLA Region Conference in both 2018 and 2019 for her community service projects.

She is also vice president of the National Honor Society, a member of Student Council and Health Occupations Students of America (HOSA), and a member of the youth leadership team at Creekside Christian Fellowship.

In addition, Ellerbe was a member of the state champion volleyball team in 2017 and the state runner-up team in 2018, and a recipient of the Academic All-District Award in both volleyball and basketball.

Her hobbies include boating, traveling, playing sports, watching TV shows with her mom, swimming, and spending quality time with friends and family.

Ellerbe has been accepted to Houston Baptist University and Texas A&M University. She plans to attend a four-year university, pursuing a degree in biology, then attending medical school to become a pediatrician.

Elster, a junior, is the daughter of Michael and Tina Elster, and is sponsored by Mike’s Hotshot Repair.

She is a good student and a friend to anyone who needs one, and enjoys helping those in need. need.

Elster’s hobbies include camping with family and friends, making bracelets, showing chickens, and building everything from a chicken coop to a tiny home with her dad.

She has made the sale each time she’s shown her chickens, and enjoys volunteering at the animal shelter, where she takes the animals out to the yard to play fetch and exercise.

When not studying for school or spending time with her family, Elster can be found babysitting or dog-sitting.

In her free time, she enjoys fishing in Sargent, water-skiing on the San Bernard River, hunting on family land, spending time at her grandma’s and grandpa’s house, thrift-shopping in Houston with her mom, paddle-boarding, and helping with the hay business.

Elster plans to attend Texas A&M University in Corpus Christi or Baylor University in Waco, pursuing a career as a forensic investigator.

Lindemann is a junior and the daughter of Darell and Sharon Lindemann. She is sponsored by Shoppa’s Farm Supply.

She was also selected as an All-American Cheerleader nominee and varsity cheerleader.

She has also helped with the Youth Fair’s Princess, Junior Miss, and Queens committees, and with the Harvest Fest’s Little Miss and Mr. contests.

But her most memorable volunteer experience was helping her 4-H group with donations that arrived from Iowa after Hurricane Harvey struck the Fort Bend community.

Lindemann plans to attend WCJC, then transfer to Texas Tech to pursue a degree in chemical engineering.

Murphy, a junior, is the daughter of Caleb and Amy Murphy, and is sponsored by Mid-Coast Services.

Determined to excel in school, Murphy is currently ranked No. 9 in her class and is enrolled in multiple Advanced Placement (AP), Pre-AP, and dual-credit classes.

As a member of the UIL Accounting Team, she earned first place at district, and also won second place individually, this past spring. The team went on to place third at the regional competition.

Murphy is also a member of the Accounting and Computer Applications UIL team, and ran cross country, qualifying for regionals her freshman and sophomore year.

She is very involved in her community, accumulating more than 250 service hours thus far while helping out with school functions, Vacation Bible School camps, and various fundraisers.

For the past three years, she has served as manager and bookkeeper for J Murph’s Snocones and Such.

Murphy’s hobbies include reading mystery and romance books, baking cookies and cakes, painting, and hanging out with friends.

She was a member of the Travel Club her sophomore year and serves as treasurer this year. She is also a member of Student Council and the George Foundation’s Youth in Philanthropy program.

Murphy plans to attend WCJC, then transfer to Texas A&M University’s Mays Business School, where she will earn a degree in accounting. She is interested in employment in corporate accounting for the opportunity to travel the world.

Ojeda is a junior and the daughter of John and Melinda Ojeda. She is sponsored by Bayou Boys restaurant.

A two-year member of the Needville Sapphires Dance Team, Ojeda earned a 1 in her solo competition division for Danceline U.S.A. She is now a part of the Needville Sports Medicine Program, earning the title of Rookie of the Year after participating diligently for six months.

When she isn’t focused on school or extracurricular activities, Ojeda volunteers her time to give back to her community by helping at Creekside Christian Fellowship and Saint Michael’s Catholic Church

Ojeda’s other hobbies include shopping, fishing, hiking, learning, drawing, painting, and helping others.

She plans to attend the University of Texas in San Antonio, earning a bachelor’s degree in sports medicine, then return to Needville High School as an athletic trainer.

Patton, a junior, is the daughter of Stanley and Vivian Patton, and is sponsored by S&D Pools.

Her hobbies include showing animals through FFA and 4-H, traveling, camping, spending time with family and friends, being involved in her church, and participating in her school’s Spanish Club, Health Occupations Students of America (HOSA) Club, and Travel Club.

When she’s not studying or busy raising her animals, Patton can be found volunteering her time at special events such as Needville ISD’s annual Buddy Fish Day, Needville Youth Fair (as a Junior Livestock Committee member), decorating the local assisted-living facility for Christmas, or many other benefits and local activities in the community.

In addition, she won the Rising Star, Bronze Star, and Silver Star awards for 4-H, and was the 2014 Needville Youth Fair Junior Miss. She also won a $2,000 scholarship at the 2019 Creekside Fishing Tournament. She serves as vice president of Big Creek 4-H and parliamentarian for her FFA club.

Patton plans to attend either Texas A&M University or Baylor University, pursuing a degree in the medical field.

Pittman is a senior and is the daughter of Brian and Stacie Pittman. She is sponsored by Orr Tactical.

Her hobbies include showing lambs and goats, playing softball, shopping, western fashion, hunting, and spending time with friends and family.

When she’s not working or participating in school or extra-curricular activities, Pittman enjoys volunteering at her church’s Vacation Bible School, valentine’s dinner, and bazaar. She also enjoys helping with the Richmond Rotary Club turkey leg booth at the Fort Bend County Fair.

Pittman is most proud of being baptized in her Catholic faith, receiving her first communion, and being confirmed in the Catholic church.

She is also proud of winning Grand Champion Market Lamb and Grand Champion Senior Lamb Showmanship at the 2019 Needville Youth Fair, serving as junior and senior PTA representative class officer, and being a second-team all-district softball player two years in a row.

She plans to attend WCJC for one year before transferring to Tarleton State University, where she will study physical therapy.

Wieghat is a senior and the daughter of Scott and Tammy Wieghat. She is sponsored by Little Jays Learning Center.

She is a member of the National Honor Society, recipient of the Top Hand Award at the Needville Youth Fair and the Fort Bend County Fair, and a member of her school’s HOSA Club, Student Council and Certified Nursing Assistant (CNA) program.

Wieghat is a two-time All-American mascot, National Cheerleaders Association All-Around Best Mascot, and won Grand Champion and Reserve Champion with her goat and rabbits at the Needville Youth Fair.

In addition to showing her animals and attending various events as Needville High School’s Blue Jay mascot, Wieghat’s hobbies include working out, hunting with her dad, working cows, lifeguarding, and spending her free time with friends and family.

Wieghat plans to attend Stephen F. Austin University in Nacogdoches, where she will pursue a bachelor’s degree in nursing, to later become a surgical nurse at Methodist Hospital.