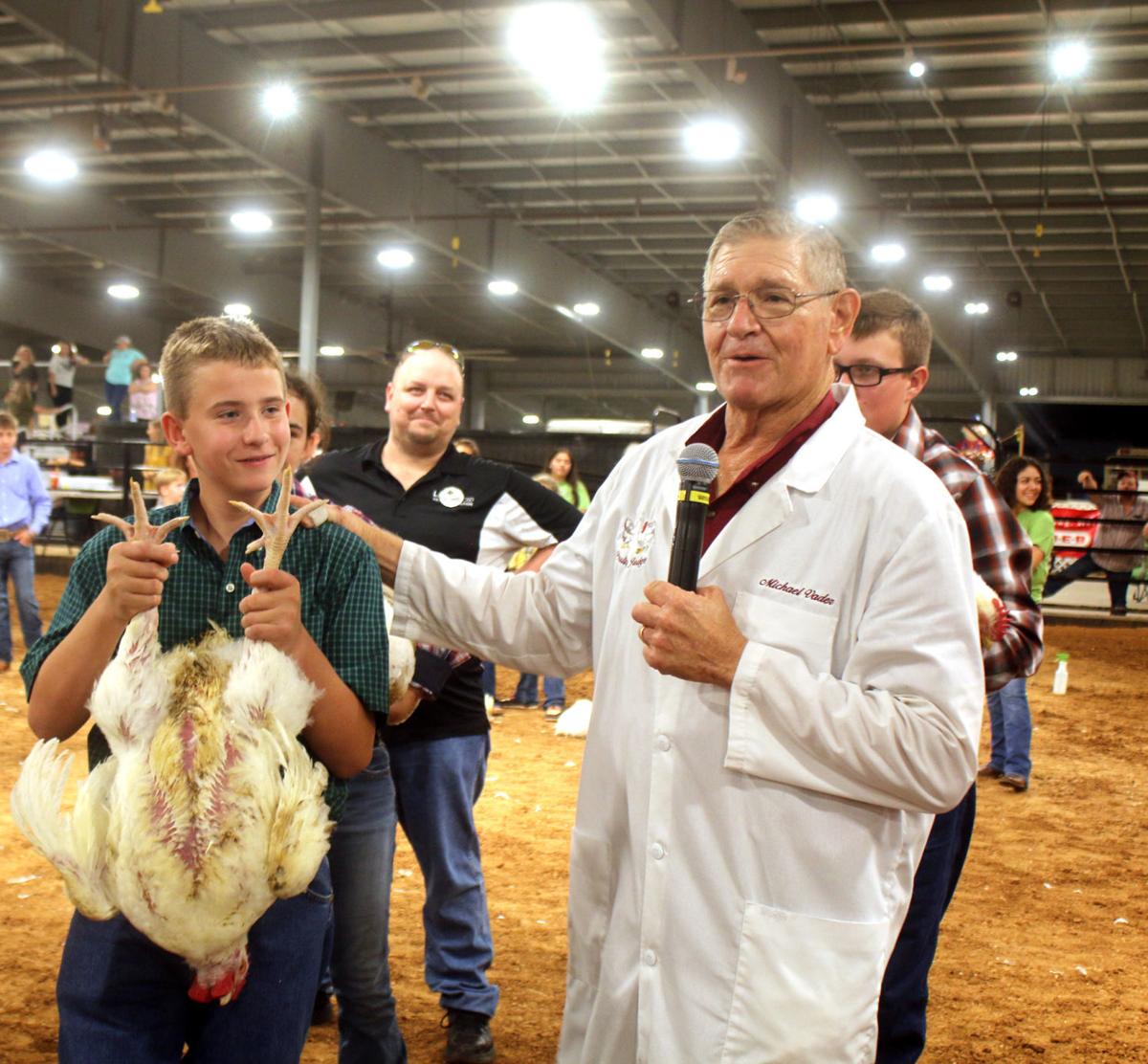 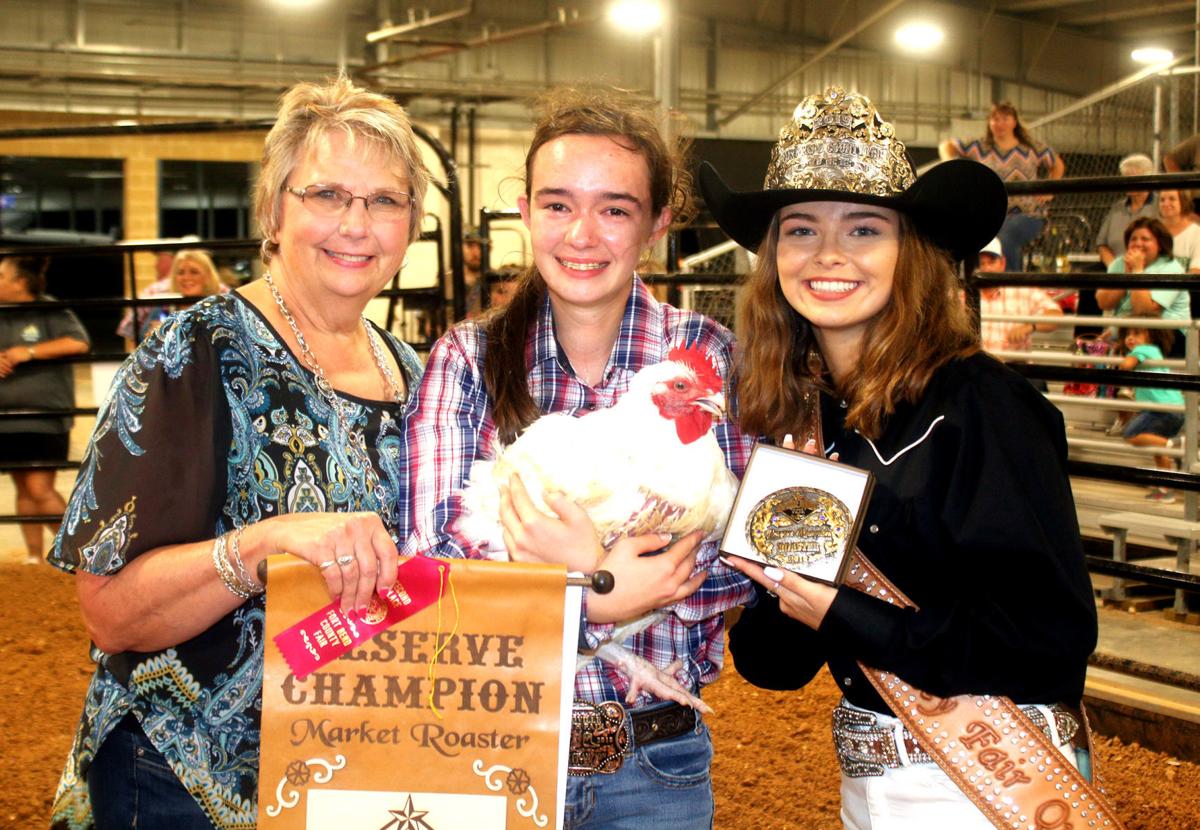 Needville High School senior Bethany Bromonsky’s bird was named reserve champion at the roaster show. To her left is Brenda Zwahr and to her right is Fair Queen Zoë Holden.

When it comes to chickens, there’s no secret to raising a winning bird.

“There’s no real secret to how I won,” he revealed. “It’s hard work, it’s constant feeding, it’s going out and checking on it six times a day.”

And Bethany Bromonsky, whose roaster was named reserve champion, said the same thing.

“I’ve been showing chickens and rabbits since I was in seventh grade,” Bethany said.

“This is my first time to have a win at the fair and I’m so excited.”

Bethany said that her secret to raising a winning chicken was taking care of it by watering and feeding it.

“This is my favorite show to judge,” Vader told the exhibitors.

“These young ladies and gentlemen are very polite and do what they need to do.”

Twenty-three of the 42 chickens will be auctioned off at the Junior Livestock Auction on Thursday.

The auction will begin at 7 p.m. in the George Barn.